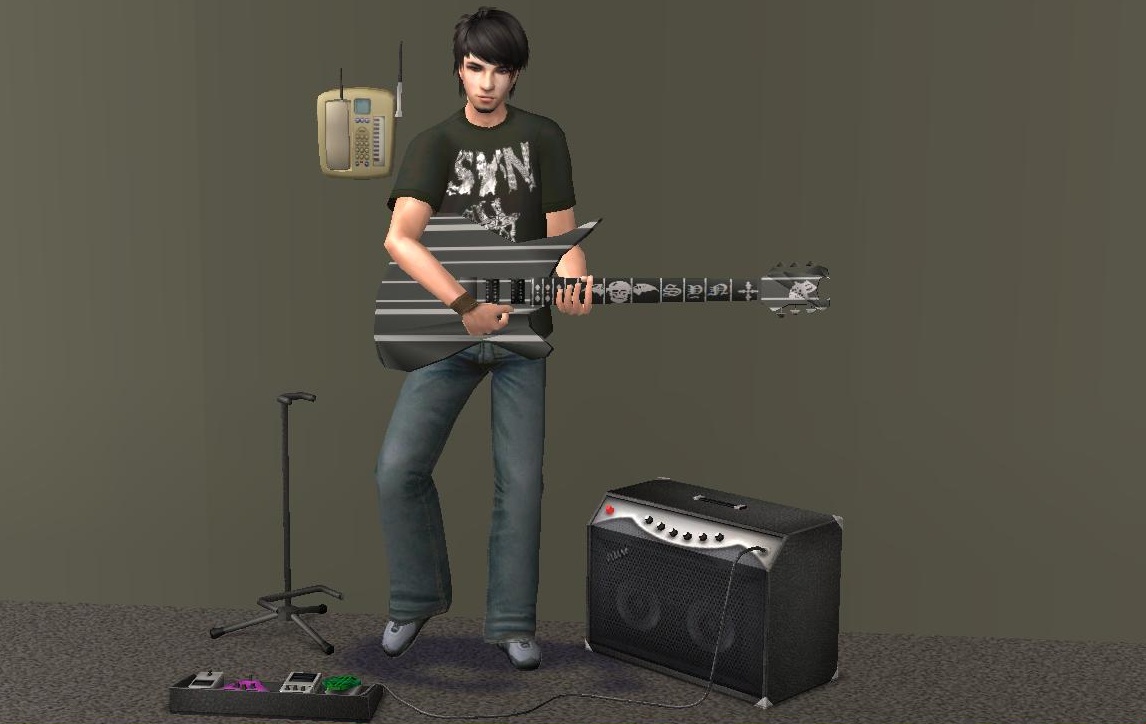 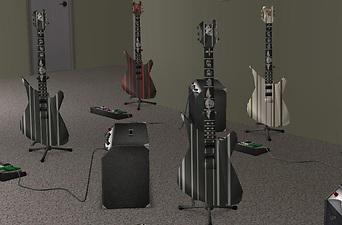 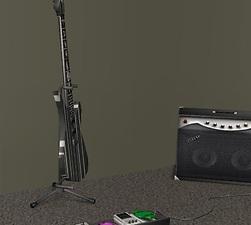 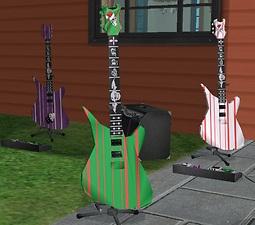 Created by RevBlacklist
View Policy / About Me View all Downloads
Uploaded: 24th Dec 2011 at 2:41 PM
Updated: 27th Dec 2011 at 5:38 AM
This is the guitar designed and played by Synyster Gates of Avenged Sevenfold, which just like the retail versions, come in 3 colors: Black with Silver stripes, white inlay that has the Deathbat and spells SYN, Black with Red stripes that has white inlay and spells SYN, and White with Gold stripes that has White inlay and spells SYN (Also features gold pickups) The fourth is the Rev edition of the guitar as seen in the So Far Away music video which is Black with Silver stripes and spells REV on the fretboard instead of SYN. 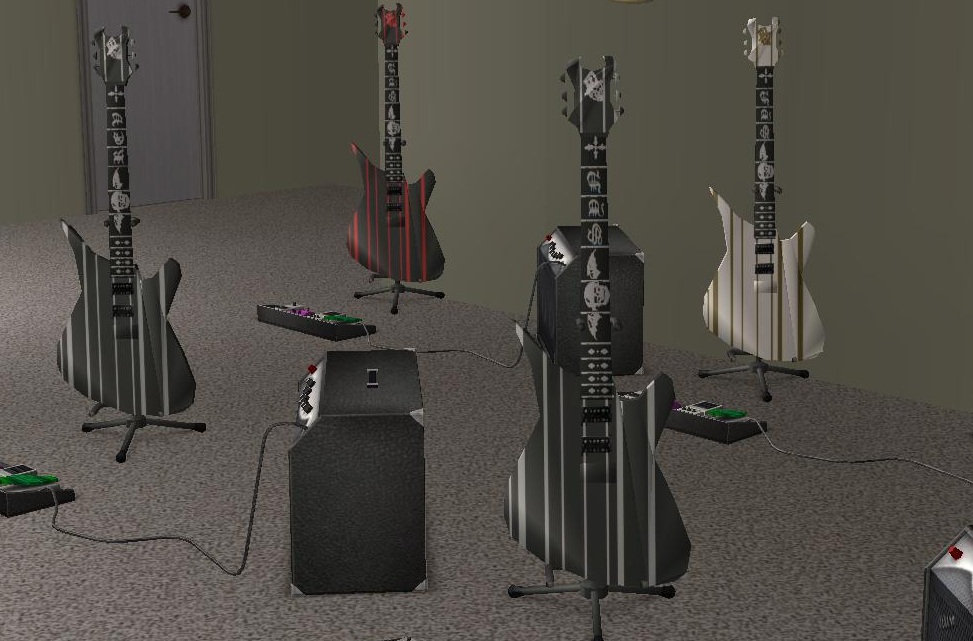 This is my first custom mesh so it took a while to do and fix the initial problems, all in all I think it looks good.

this requires Atavera's Custom Instrument Hack which can be found here
as well as the CEP (After you buy the guitar, use the customize tool to pick the alternate colors)

Additional Credits:
Made possible by SimPE, Atavera and his instrument hack, Numenor and the CEP and EA/Maxis for making Sims 2.
Also made possible by Avenged Sevenfold and Synyster Gates who designed the guitars this was based off of.

Also made possible by maybesomethingdunno and mustluvcatz who both came to my thread in Creator Feedback and helped me figure out where my problems were in the testing phase, thank you both.

Feel free to do with my work as you please if you keep it free (no paysites) If you include my creations in something and/or recolor it, let me see? I'll add it to my collection.