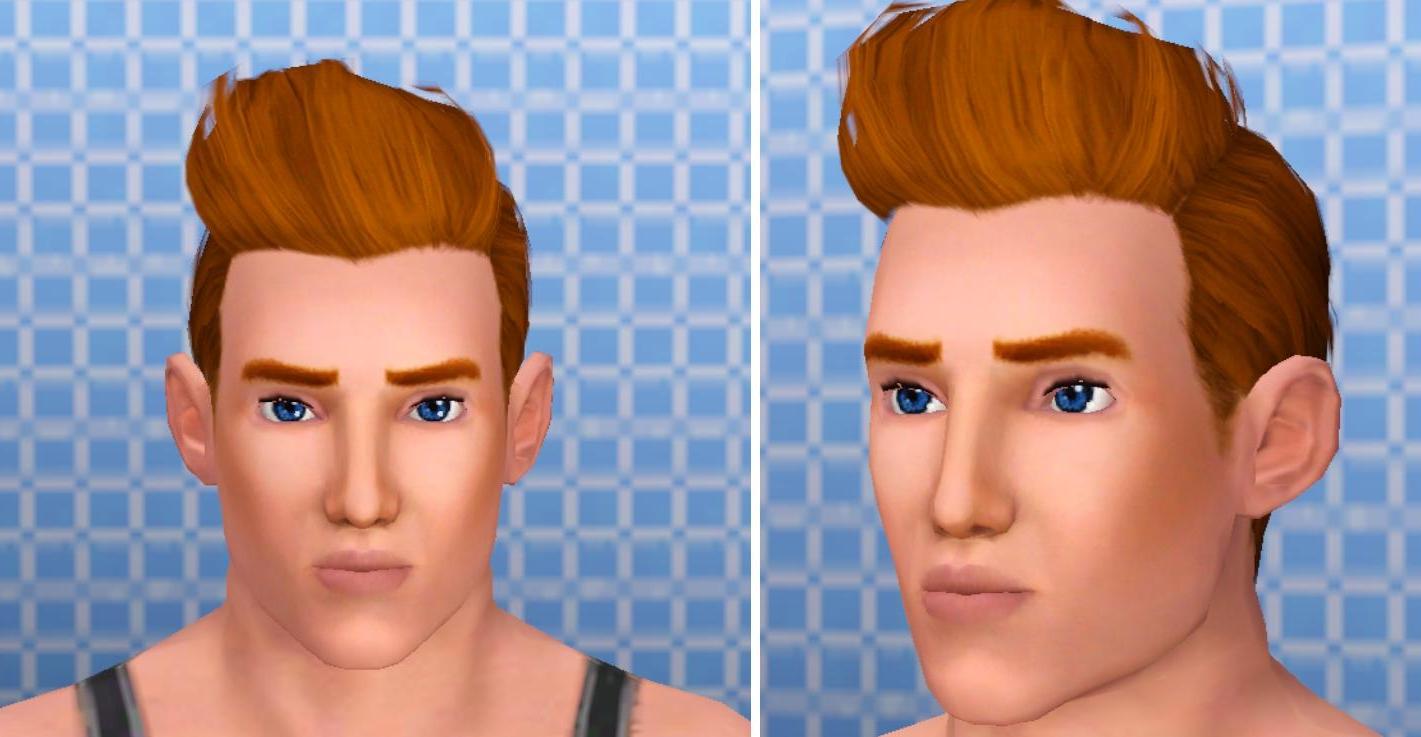 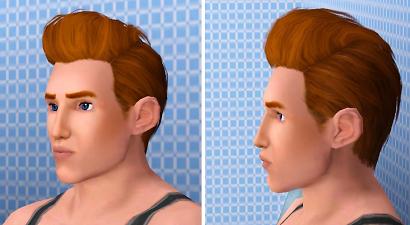 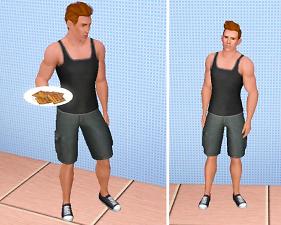 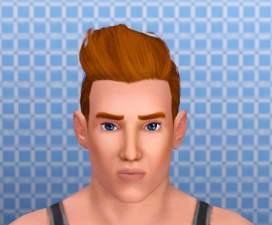 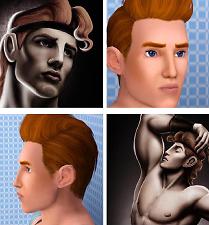 44 Thanks  Thanks     15 Favourited
Disney cartoons...either you love them, you hate them, or you're somewhere in the middle.
I wanted to "humanize" some of my favorite characters and thanks to the artwork of David Kawena, I found more detailed "models" for some of the sims I had in mind. His artwork is *NSFW (or kids) as some of the drawings are quite "bulgy", and the "come hither" looks on some of their faces...*smh* (*NSFW= not suitable for work). 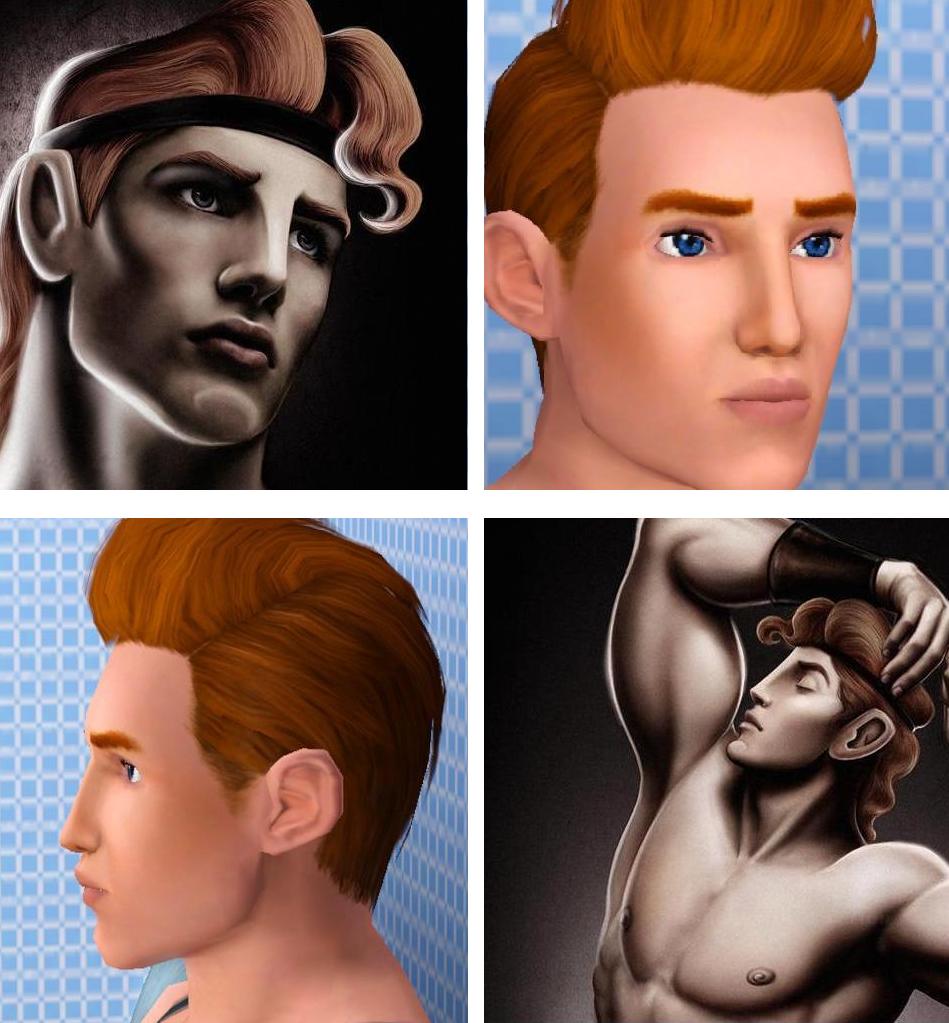 "After imprisoning the Titans beneath the ocean, the Greek gods Zeus and his wife Hera have a son named Hercules. While the other gods are joyful, Zeus' jealous brother Hades plots to overthrow Zeus and rule Mount Olympus. Turning to the Fates for help, Hades learns that in eighteen years, a planetary alignment will allow Hades to locate and free the Titans to conquer Olympus, but only if Hercules does not interfere. Hades sends his minions Pain and Panic to dispose of Hercules. The two succeed at kidnapping and feeding him a formula that turns him mortal, but fail to remove his superhuman strength before Hercules is found and adopted by the farmers Amphitryon and Alcmene.

Years later, the teen-aged Hercules becomes an outcast due to his strength, and wonders where he came from. After his foster parents reveal the necklace they found him with, Hercules decides to visit the temple of Zeus for answers. The temple's statue of Zeus comes to life and reveals all to Hercules, telling him that he can regain his godhood by becoming a "true hero". Zeus sends Hercules and his forgotten infant-hood friend Pegasus to find the satyr Philoctetes ("Phil" for short) who is known for training heroes. The two meet Phil, who has retired from training heroes due to numerous disappointments, but Hercules inspires him to follow his dream to train a true hero who will be recognized by the gods..." -wikipedia- (francais, o en espanol)

Madness and funny hijinks ensue as Hercules encounters (and battles) monsters and falls for a devious femme fatale, Megara.
I dunno, it makes me chuckle because Disney is so-called, "family friendly", but the double-entendre's in a lot of their jokes...I tell ya.

Although Hercules is pictured with the "sleek" hairstyle from the Supernatural EP, he has been saved/packaged with base game items (EA default skin, hair, clothes and, shoes).

To make him appear as he does in the pics you'll need the following sliders and the cc listed below...

Sliders: If you want to change Herc's look, please be aware that I used custom sliders (and slider multipliers) to sculpt his face and body. My slider range: x4. I most definitely used these sliders by bella3lek4, to sculpt Herc's face (click the "show more" option under the video and the mediafire link is there). And most def used some of these items by CmarNYC. Other sliders I might have used were created by: Delphy, aWT (nose septum, jawline/brow), Jonha , whiterider a.k.a Nysha, a slider by GnatGoSplat, and a UI mod by Rez Delnava.

Creator Feedback thanks: SimmyRN and Nymphetamine!