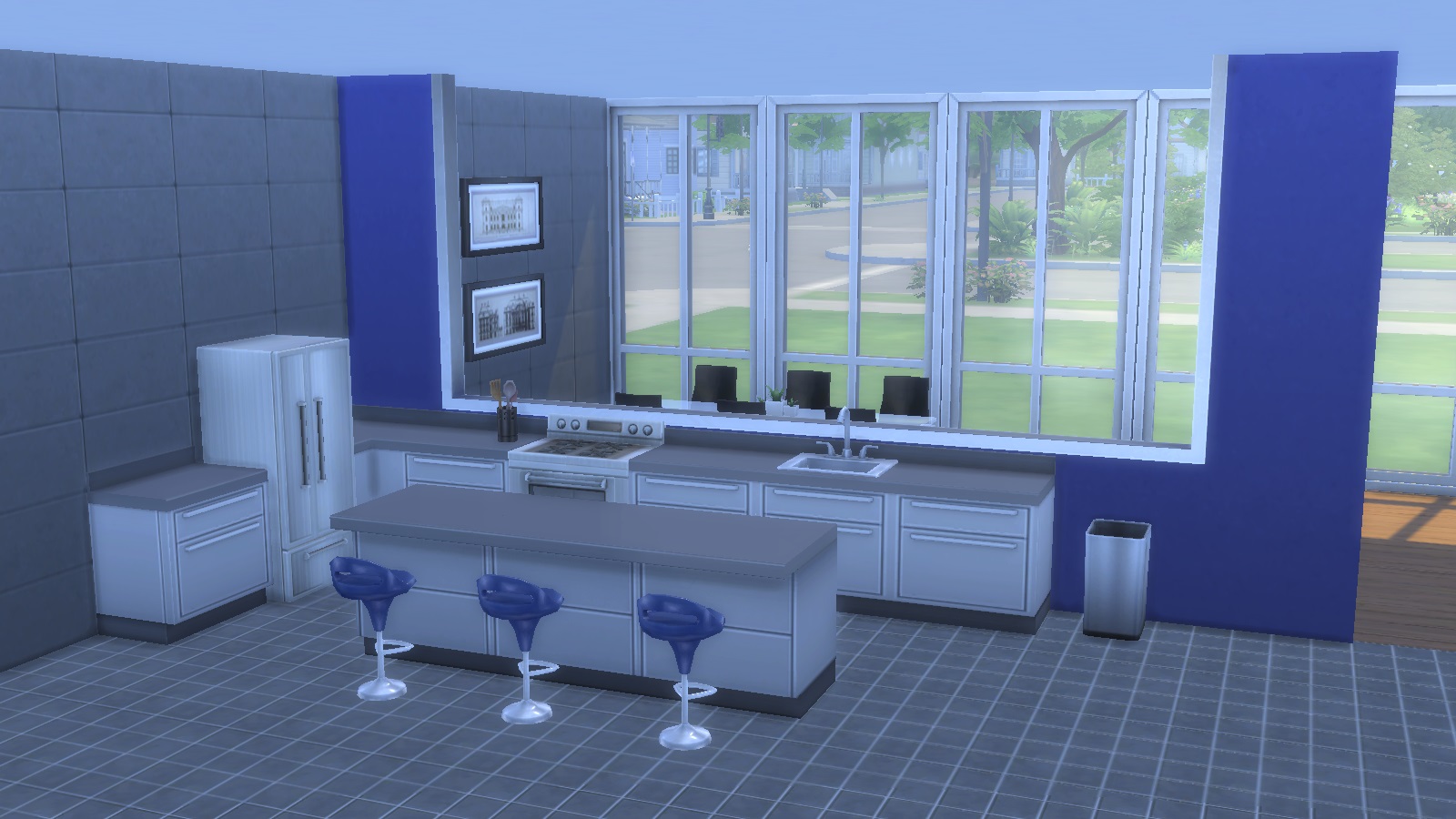 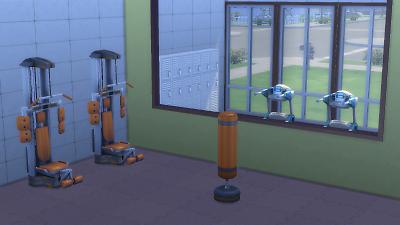 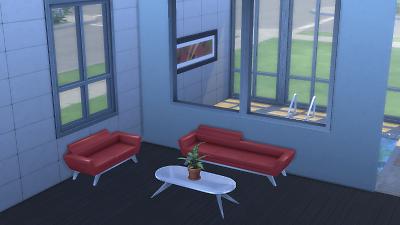 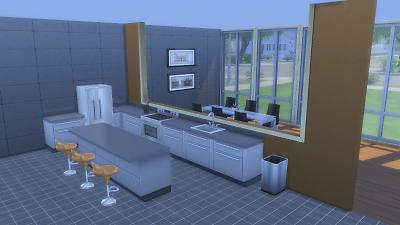 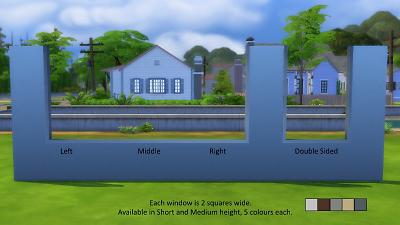 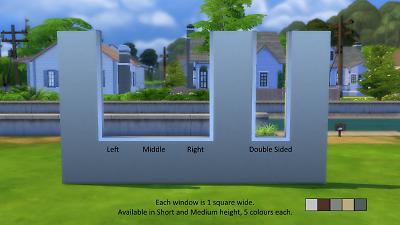 540 Thanks  Thanks     127 Favourited
This is a new mesh, and means that it's a brand new self contained object that usually does not require a specific Expansion pack (although this is possible depending on the type). It may have Recolours hosted on MTS - check below the description for more information.
TEXTURE AND SHADER FIX 07/09/15: After playing with the windows in game a bit more, I noticed that the original door shaders caused the half-walls to light differently depending on lights or windows in the area. I have changed all of the shaders to counters and now the windows light consistently across the board. I also tweaked the textures to fix a slight shadow that appeared near the ends of the half-wall pieces. All files are updated, please replace them in your Mods folder. Unfortunately I had to reclone so windows will need to be repurchased in game. So sorry for the inconvenience!

So now that Maxis has released the half-wall update, these windows may seem a bit redundant. However, I worked pretty hard on them and I'm hoping a few people might still be interested. This set of "Faux Half-Wall Windows" is modeled after the Maxis "Wide Entry Frame". I took the frame, flipped it upside down, raised it and edited the mask. I deleted the tuning ID's and replaced the footprint with that of a similar Maxis window. They place and behave like any other windows, except they don't have glass. This gives the illusion of a half-wall.

The set contains 14 windows, which come in 5 colours and Short or Medium wall heights. Single tile windows are now available as well. The textures are from the Maxis "Wide Entry Frame" and only the mapping has been altered. You can use the 14 windows to create many different half-wall looks. NOTE: Windows will NOT work on diagonal walls.

The short and middle pieces can be found in Build Mode - Windows - Short Windows under the following names and prices.

The short and middle pieces can be found in Build Mode - Windows - Medium Windows under the following names and prices.

Make sure to place one right and one left at each end of the window. If you simply rotate the window, it will leave a small crack in the middle. Also, failure to place the end pieces will result in the ability to see through walls (since there is nothing there to cover it up). As exciting as it would be to have that power in real life it just looks wrong in-game

"Half-Wall (Medium)" and "Half-Wall (Short)" are double sided. This means that they can be placed alone. You can also place many of them together to get a more pillar-like half-wall.

Need more information?
Back to download view
29 Comments / Replies (Who?)