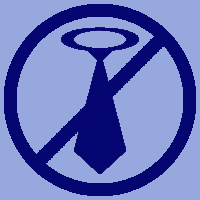 1,324 Downloads 59 Thanks  Thanks 10 Favourited 12,460 Views
Personal Picked Upload! This is a personal favourite of the creator!

Created by lauratje86
View Policy / About Me View all Downloads
Uploaded: 21st Feb 2016 at 2:00 AM
Updated: 20th May 2017 at 11:29 AM
**UPDATE** There are now custom versions of this career available. Thank you to everyone who requested custom versions and to Goldenbtrfly who reminded me that I hadn't actually uploaded the custom version yet! :-) The custom versions have unique GUID's, so they won't overwrite anything in your game. I have included two versions for each age group - one version with the usual Eaxis wages and one version with halved wages. The teen-elder career with normal wages links to the adult career with normal wages and the teen-elder career with halved wages links to the adult career with halved wages, so if your teen is employed in the Casual Work career and they age into an adult without going to university they should automatically change to the adult Casual Work career. All of the custom careers are in the "Lauratje86's Custom Casual Work Career" rar - you can have all of them in your game if you want to, or you can just have one version for each age, wither with Eaxis wages or with halved wages. Please let me know if there are any problems!

This is a very belated offering for September 2015's "All Things Retail" monthly theme! I'm so happy that I get another chance to try to earn all of the monthly theme achievement stickers! :-D

Please leave a comment or hit the Thanks button if you download this career! If you encounter any problems, or find any grammar/spelling errors please let me know by leaving a comment below.

There are two versions of this career. In one version (the files ending in MaxisWages) the wages are the same as the Maxis wages. In the other version (the files ending in HalvedWages), which is designed to go with K-C's More Realistic Payment For Maxis Careers, the wages have been (roughly) halved. You can only have one version in your game, not both! You can have both an adult replacement and a teen/elder replacement, however, and I would recommend that you do - otherwise either adults or teens/elders will still have the original Maxis Slacker career. Inspired by Phaenoh's Level Numbers Added To Job Titles I added the job level numbers to the job titles - it's a very useful mod to have, and I definitely recommend it! :-)

This career has a custom icon (see the attached picture). As it is a default replacement the career is designed to be vaguely suitable for the Romance and Pleasure sims who often roll wants/LTW's to be in the Slacker career. The skill point requirements are intentionally quite low, and it only requires a few family friends. And, at least by the time your sim reaches the higher levels of the career, they won't have to spend too much time at work! :-) The career is based on "casual work" jobs in retail and bar work. The first level of the career is the same as the first level of the Slacker career. The teen/elder version consists of the first three levels of the adult career. The levels for the adult career are as follows:

Spending your sunny days carrying someone else's clubs for a round of 18—what could be easier? Early morning tee times call for early work hours, but it's a terrific opportunity to schmooze with the wealthy at the local country club.

You no longer have to get up quite so early for work, but you have more responsibilties now! You're responsible for making sure that the golf club runs smoothly and that the customers are happy - to be honest, you mainly spend your time collecting lost golf balls, but at least your job title makes you sound important!

You've moved on from the golf course and into a convenience store. Well, not quite *into* the store - you still work outside, collecting trolleys and taking them back to the front of the store so that they're available for the customers. It's not exactly glamorous, but you get to chat to the customers - and, if your boss isn't around, you can even ride on the trolleys!

You finally have a job that allows you to work indoors! Your main role is to make sure that there is plenty of stock on the shelves, but you also have to help the customers find things - and sometimes there's the opportunity to chat to them, as well.....

You're working on the checkout now, which means that you get to sit down all day! It is kind of hard work, and it's not particularly fun, but you do get to chat to lots of interesting people!

Working in the convenience store was starting to be too much like hard work, so you found an opportunity elsewhere and started working as a barista. You spend all day on your feet and you have to do a lot of cleaning, but making the drinks is quite fun and you get to chat to the customers whilst you're serving them.

Serving drinks as a barista was a pretty good job - and now you get to serve drinks in a bar! You have to work until late, so you don't get much chance to go out yourself in the evenings, but your job is (mostly) enjoyable and the customers are fun to interact with. And you get unlimited free (non-alcoholic) drinks!

Responsibility isn't necessarily a bad thing! You spend less time serving drinks and more time making sure that the other bartenders are working hard and keeping the customers happy. And you still get to have your unlimited free (non-alcoholic) drinks!

Your only job is to ensure that all of the customers enjoy themselves. How you do that is entirely up to you! You make the nightclub *the* place to be - and you get to spend your working hours singing karaoke, dancing and chatting to people. What an amazing job!

I hope that you all enjoy this default replacement career as much as I've enjoyed creating it!

Additional Credits:
Many thanks to the creators of SimPE and Bidou's Career Editor! This definitely wouldn't have been possible without them!

I would also like to thank Superfly, Nysha and Emma Barrett for their awesome tutorials on career creation.

I'm determined to gain all of the achievement stickers for the monthly themes, so thank you again to the mods for inspiring me to create things! :-)
Files Need help with downloading or installing content? Click here!

– All : All levels have chance cards
Tags

If you want to edit any of my custom careers or majors FOR YOUR OWN PERSONAL USE ONLY then go ahead. But please don't upload it anywhere and/or claim that you made it yourself.