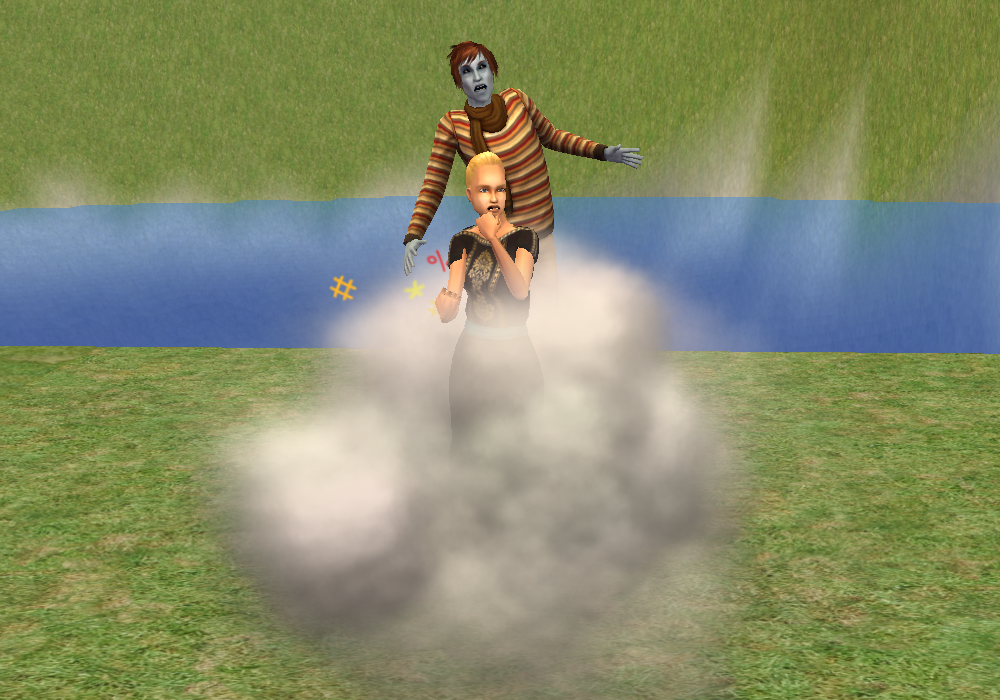 UPDATE 15th of May: I disabled these actions from appearing on playable ghosts. You can't eat a ghost, right?

UPDATE 13th of January: I added more checks in TEST files to prevent these actions from being selectable on ghosts, swimming Sims and sleeping Sims.


These new social mods are cloned from ShadowEFX' Deadly Werewolves mods and work just like ShadowEFX' mods. They create two new interactions for zombies: bite and feed. Now zombies can attack other Sims and feed on them without turning them into a zombie. However, your zombies cannot attack everyone, e.g. they cannot attack burglar - the interaction will just drop out of the queue. Since it's new social mod, it shouldn't conflict with anything, so you can have zombie apocalypse mods alongside these. Because I cloned it from ShadowEFX' mods, you need Pets EP - I left some of werewolves mods functions that relate to werewolves. I don't think they do anything (I've tested various scenarios), but I decided to leave them just in case.

Zombie.../Eat:
- Required files: Meduza_Zombie_Eat and Meduza_Zombie_Eat_TEST
- Zombie will attack the other Sim and if it wins, its opponent will die. After the fight your zombie's hunger need will be set to maximum.
- Note: Playable sims that are not in the current household are not able to be killed, townies are fair game.