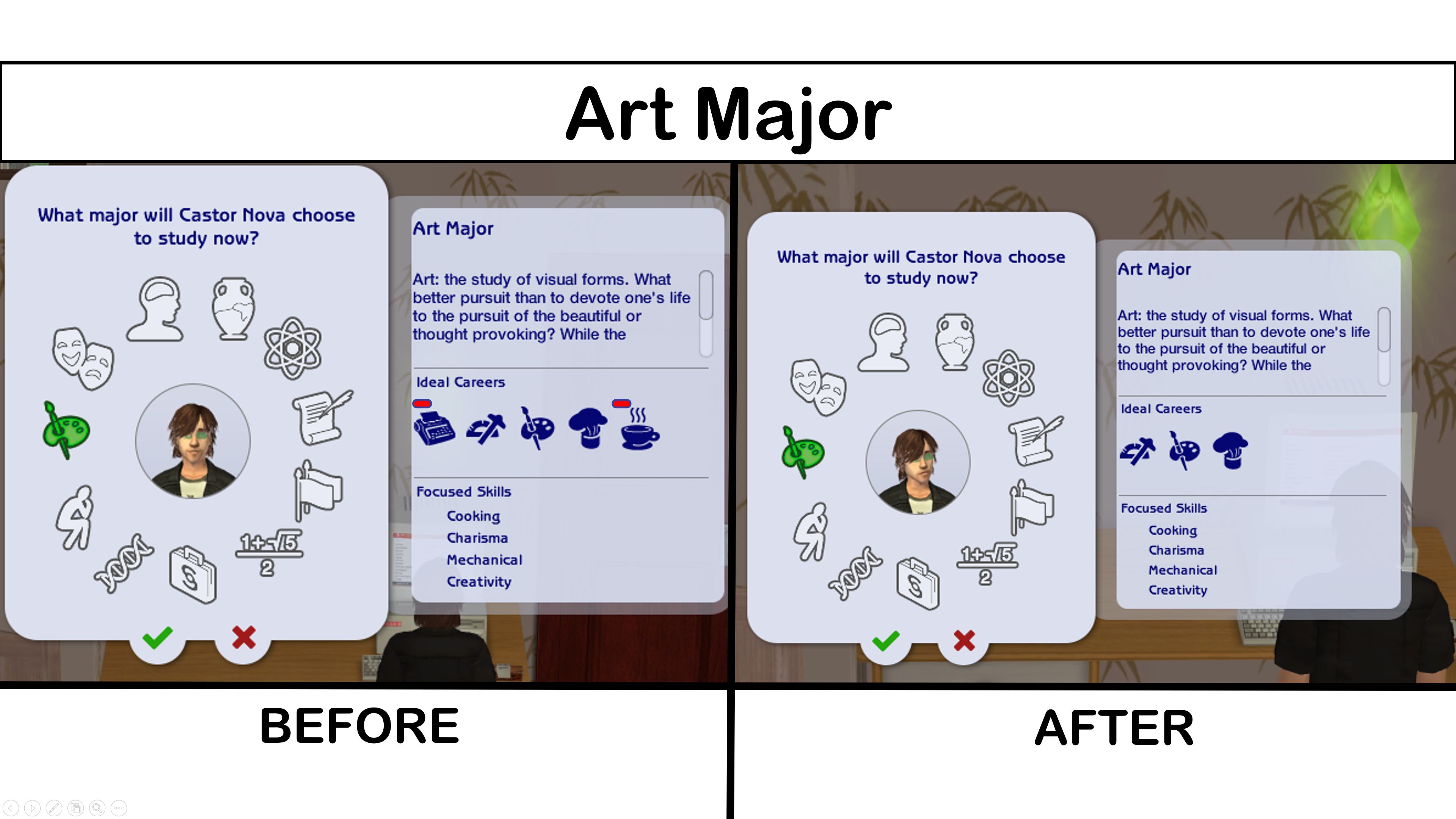 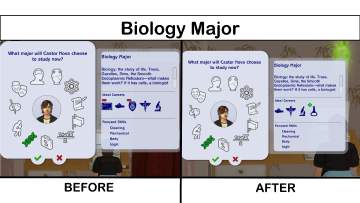 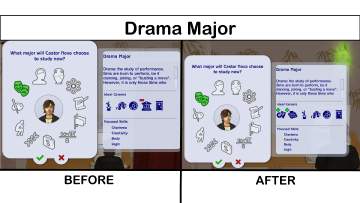 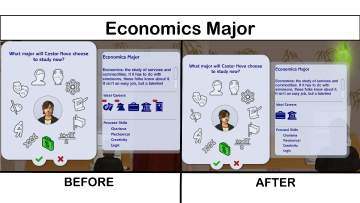 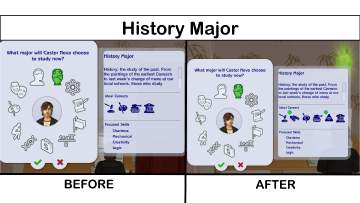 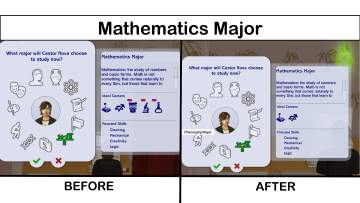 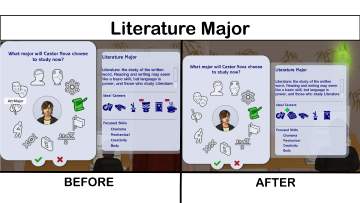 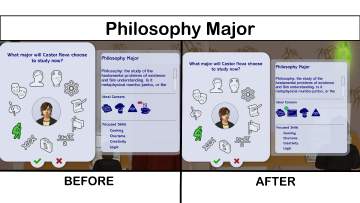 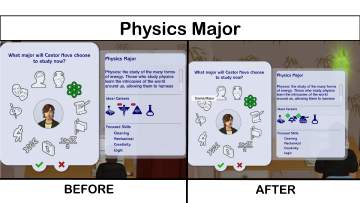 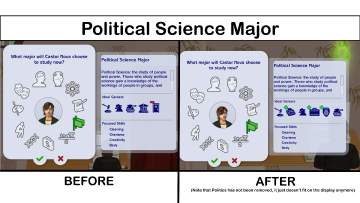 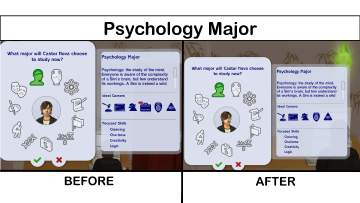 2,382 Downloads 189 Thanks  Thanks 52 Favourited 16,188 Views
Created by BellaDovah
View all Downloads
Uploaded: 16th Jun 2020 at 2:48 AM
Updated: 3rd Feb 2021 at 1:34 AM - New Version
Update 3rd Feb 2021:
Fixed both versions so that they now actually do what was originally described. I realised that Business, Science, and Military Careers were incorrect - now the correct majors boost them as described.

Update 9th Jan 2021:
Added a new version which is the same as the original except now any/every major boosts the Education Career (except custom majors).

Description:
Some of the 'ideal career tracks' for University majors never made sense to me so I decided to make my own mod to tweak them. Some have relevant careers removed, some have relevant careers added, and some have both! Overall I think this makes the way that Majors and Careers are related more logical and now only relevant subjects will help career performance. Many relevant links have been made such as Biology helping towards science and many irrelevancies have been removed such as Political Science helping towards Show Business. Furthermore, no majors help towards the Criminal or Slacker career tracks as I don't think it makes sense for these to benefit from academic pursuit. Lastly, I believe that this mod also makes it so that University is no longer a requirement for any career track, so anyone without a degree could begin the Natural Scientist Career at level 1, for example.

I know there are a few mods out there that do a similar thing but I never found one that was quite right for me so I made my own version. Please leave a Thanks if you like it

Additional Credits: SimPE Phaenoh's Guide on How To: Linking Your Custom Career To Maxis Majors

Thank you to lauratje86 for their 'Major-Career Linkage Mod' and Phaenoh for their '-Uni Major Revamp- Realistic Major to Career Linking' for inspiring me to make this mod.
Other Information

Choose 1 file, don't install both at the same time. The 'Education' version is the same as the original version except it makes it so that any/every major boosts the Education Career.