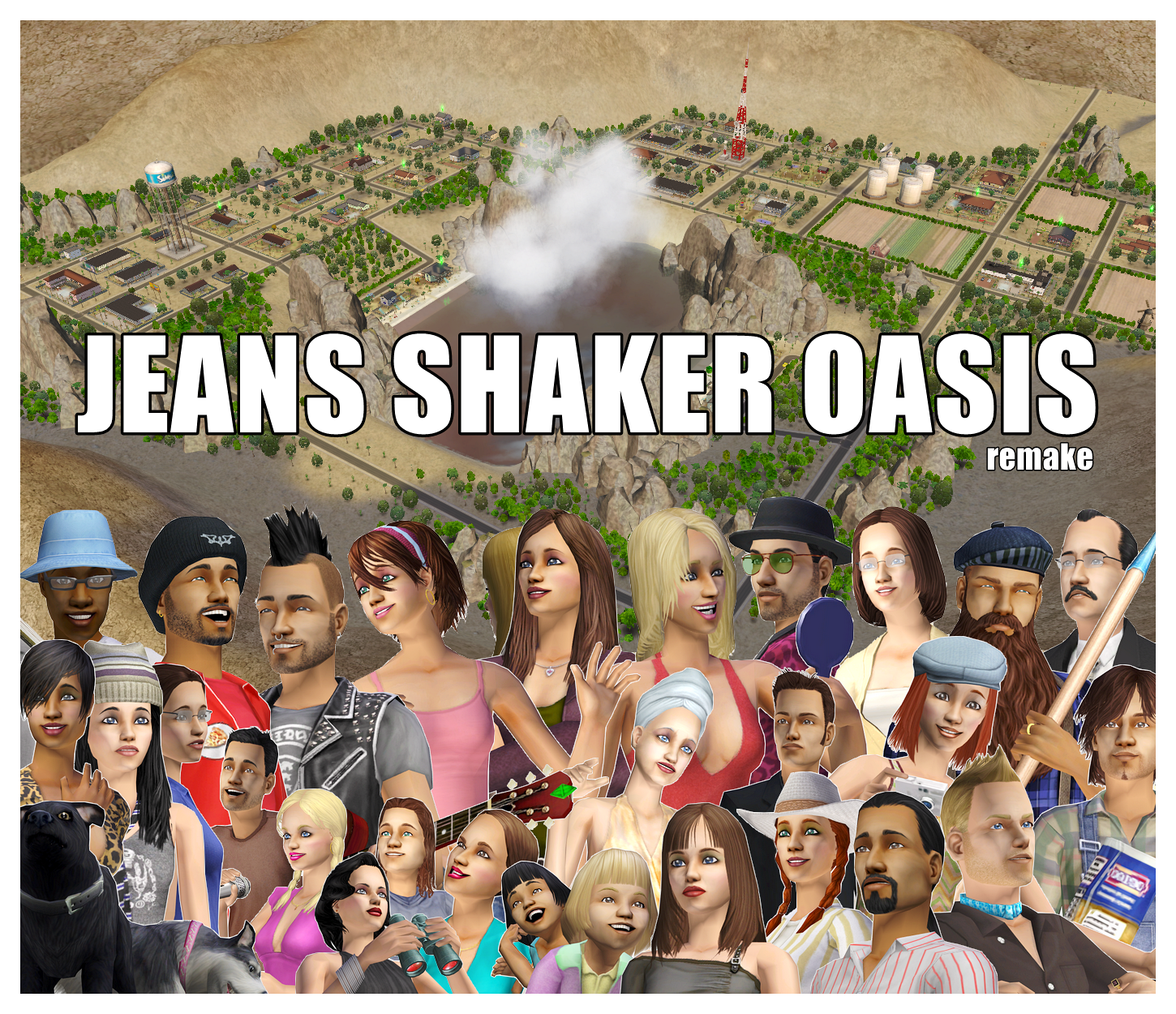 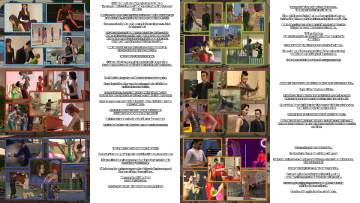 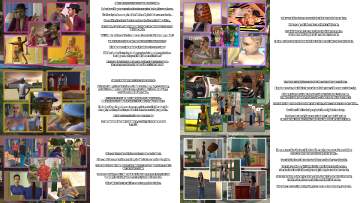 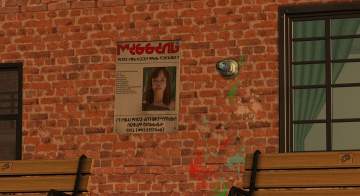 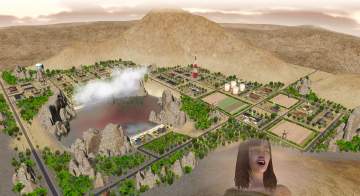 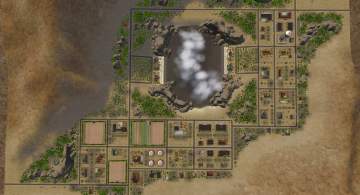 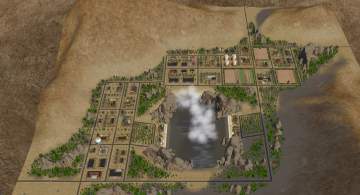 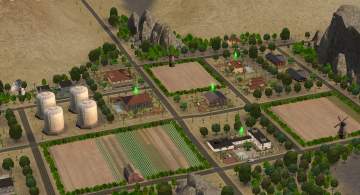 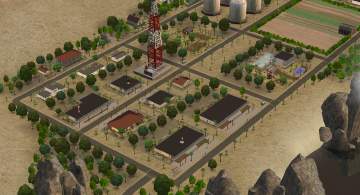 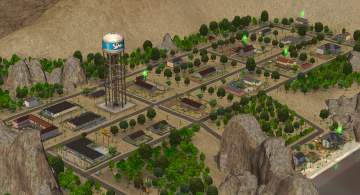 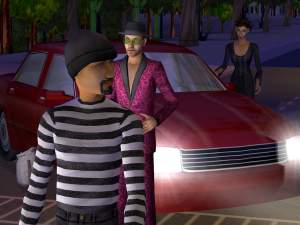 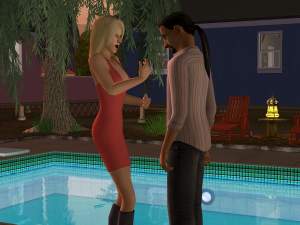 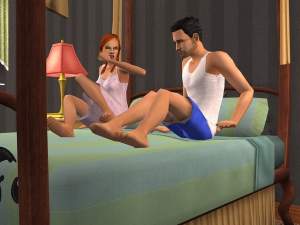 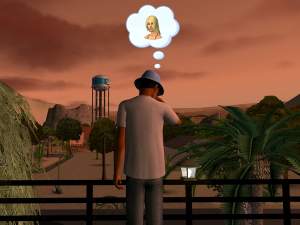 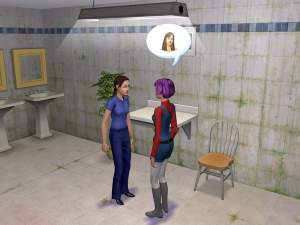 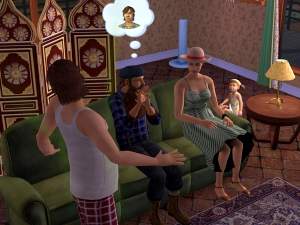 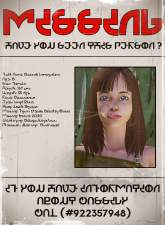 Created by Sokisims
View all Downloads
Uploaded: 14th Jan 2021 at 4:24 AM
Updated: 13th Oct 2021 at 12:05 PM
* I'm still focused on the new neighborhood, Service Area, however, I've been playing Jeans Shaker Oasis and jotting down all the improvements I want to make, I guess I'll update the file when I'm done, but from what I see, everything is pretty well and can be played without any problem.


After a long time, I have finally finished the remake of Jeans Shaker Oasis! I hope you download this version and forget the old.

Now I can focus on its spin off, Service Area.

* This post is still being edited with more photos.

Notable changes of the populated remake version compared to the previous "beta" version:

- The neighborhood has been recreated from scratch with a new, more careful and smooth terrain.
- A new area has been added in the swamp, also new residential and community lots.
- All lots have been revised, some have been expanded with lotadjuster and others have been rebuilt from scratch.
- More photos in all the family albums.
- Added memories to all playable sims and some townies.
- Added college careers to some playable sims.
- New family related to the main story, the Ormans.
- New service sims and stray pets.
- Some face changes for Mimi McPayne, Freeda Farmer, Charisma Brown and some townies.
- Some Cassidys now have ninja teleportation. I hope you have it too.
- Added details that I overlooked, for example, Oracle Kansas and Lafayette Greyjoy townies are now witches, as they should have been.
- Family paintings in some houses.
- I think the music from the community lots is adequate now.

* It is likely that there is some oversight with the memories, or some forgotten relationship, but it has been reviewed for months, so I don't think there are any major problems, this version is much more careful than the previous one, but the order of memories can be a headache for me. If you notice any oversights, let me know.

- I'll upload it in case someone wants it.
- It has two npc.
- Some houses have carelessness in the decoration with respect to their final populated version. There is much to tell about this arid nature reserve...

"Oh! That mosquito nest may seem like a distant and boring wasteland in the middle of the desert, but trust me; it has beautiful scenery and good clubs to visit!"

These types of comments are often heard from truckers who stop to refuel and end up staying at the Oasis Motel.

* In the archives of the Library you can find stories about the formation of the crater and the mysteries of the swamp, which through the emblematic treatment plants, supplies water to the entire city.

* Other sims talk about the charms of the Gym and the Swimming Pool, which is also now free.

* Some also take the opportunity to visit the Pier Beach or have a few drinks at the Salon Del Rio, but not before, doing some shopping at the Mall!

Come to Jeans Shaker Oasis to enjoy its peculiar summer ecosystem and its charming neighbors! The Dimarcheio administration boasts of having brought the color green to the city.

All thanks to the fact that they improved the plumbing system in the previous legislature.

Despite this, the many houses for sale and the scandals related to budgets, water pollution, and the disappearance of the mayor's daughter and her subsequent raid... have not helped with the reputation of the city.

And is that for months, the life of the Dimarcheios did not stop being the talk of the local media.

Luckily, things seem to have calmed down lately and everyone is back to their own business.

But nothing is what it seems...

After the mysterious explosion in the Abandoned Facilities, some neighbors have begun to get entangled in situations that were intended to explode.

Not to mention the return of some characters, who could end up ruining everything.

- 12 Families with story.
- 2 Graves in their respective houses.

* I have the Ultimate Colection.
* CC Free
* Clean, tested with Hood Cheker. (If graves disappear use hood checker to bring them back.)
* Names fixed with Simpe.
* The Rosales family should live in Houses For Rent, but I have decided that you are the first to use the apartments to avoid corruption in the game. (Also in case in the future I decide to learn to do sub-hoods.) Julius should also buy the "Modern Nightclub" community lot. The moves that must be made are advised in the family description.
* The neighborhood is quite Maxis Match and I tried to put a combination of bushes and vegetation that does not overload the game too much, but on less powerful computers, I recommend not making many sudden movements with the camera in large lots, since they have many sims and objects . Remember that the more you have on the screen, more the game is processing.

* To see the neighborhood correctly you will need Camera Mod.
* All the anti-corruption mods of Pleasantsims site.
* Almost all shrubs can be pruned, but some may not, I recommend garden mod. Hiring the gardener also helps to maintain a balance.
* iCad_Skybox_DustyAfternoon & iCad_SeasonalSkyline_EditedCuriousBDesertRollingHills (These are the sunset horizons seen in the photos. I like them because they look good throughout the day and give a warmer atmosphere.)
* SimBlender, to finish the story, If you want, I suggest that Cassidy 00 adopt all the Cassidy's and somehow become a family again, 07 may be the only one to stay with the Dimarcheios if she continues as a villain.

I want to thank the entire community for creating such incredible tools and inspiring me with their fantastic creations. I hope you enjoy this neighborhood and share your stories if you feel like it, in this topic or in the comments section of the download.