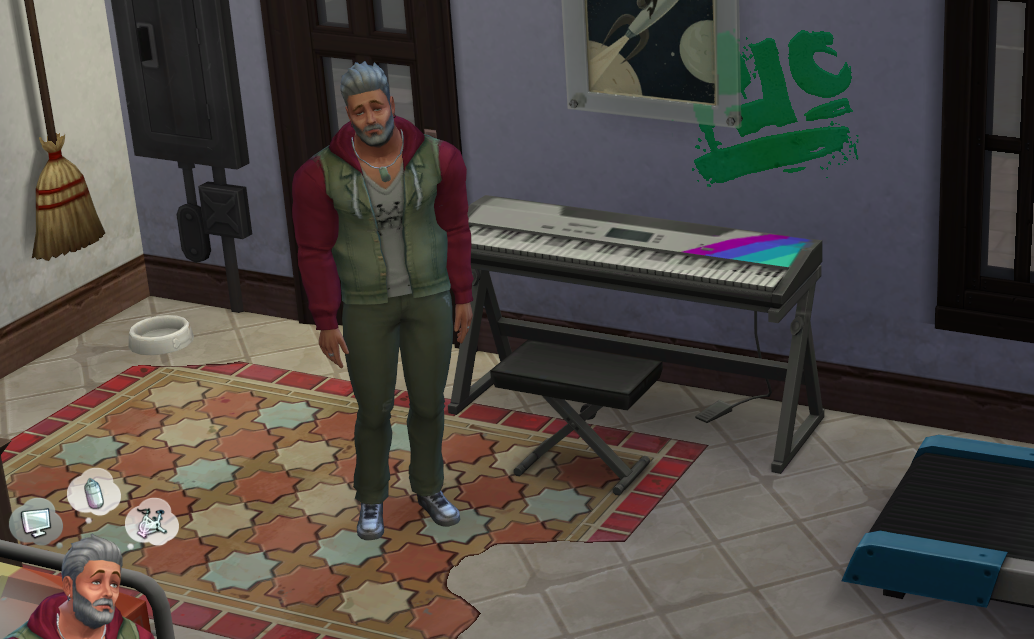 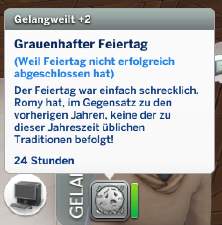 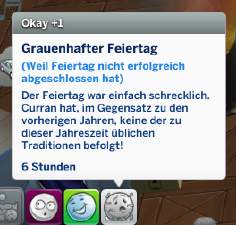 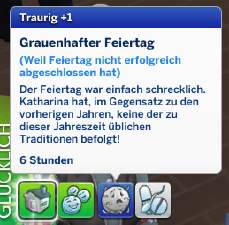 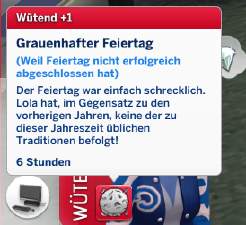 What does the mod do?
Here's a little mod that ends the bad holiday drama and adds a bit of personality to the Sims. I'm tired of the whole household crying all day after a holiday that I canceled and then stopping at the same time as if they were all robots. Where is the personality and individuality? Now there are different emotions: fine, bored, sad, stressed, tense and angry. And that with different durations and intensities, losing out on personal characteristics! The mod replaces the uniform sad buff that the Sims all receive if they have not successfully completed a holiday with several buffs with different moods.

The following traits influence the result:All other Sims have a very good chance of receiving one of the bored buffs, but other emotions are also possible by chance.

What's new in the last update?
Necessary packs or mods
The Seasons Expansion pack is required. The Spa Day Gameplay pack and both of the mentioned mods are optional.

Possible problems
The mod overwrites only one original game resource:
6017E896!0000001A!000000000002CF6A.buff_Holidays_Visible_Failure.BuffTuning
This can cause compatibility problems if you use other mods that also change the reaction to the unsuccessful holidays, for example the Mod No more "awful holiday" sad moodlet by Sigma1202.

How to install this mod?
Support me!
If you like my mods and you want to support their further development, support me on my Patreon page! Thanks very much! By the way, you will also find some other mods there!

If you like my mods and you want to support their further development, support me on my Patreon page!
Thanks very much! By the way, you will also find some other mods there!