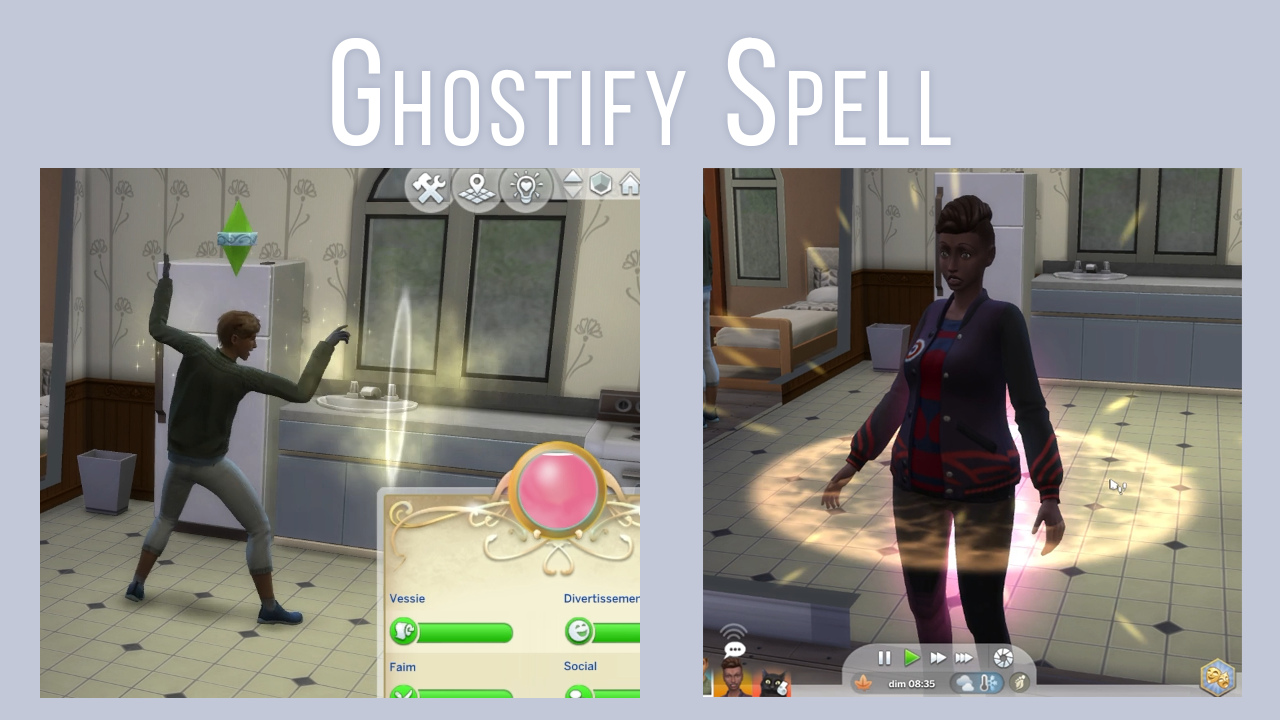 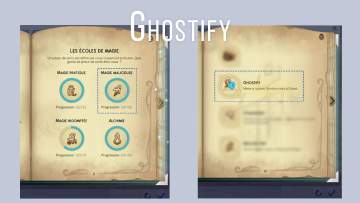 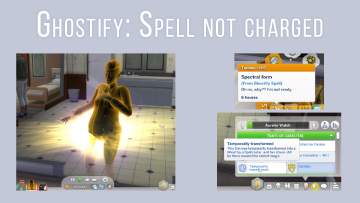 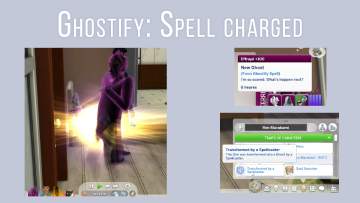 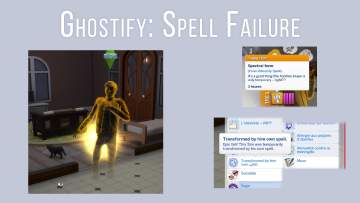 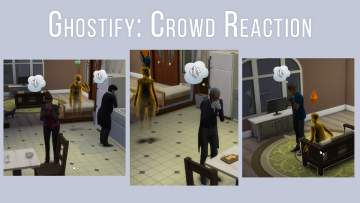 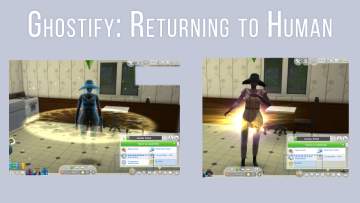 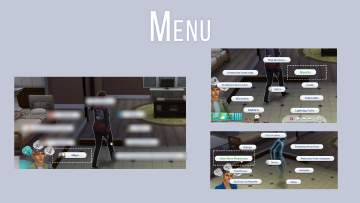 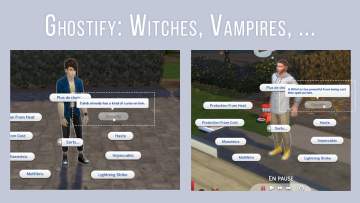 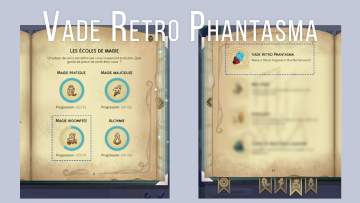 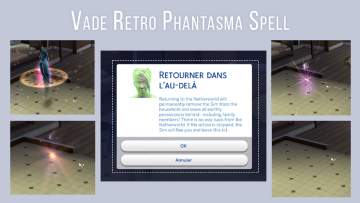 My other spells are available on my profile: click here

The Sims 4 and Realm of Magic Game Pack (GP08) are also required.

This is my first mod and I'm a native French speaker, if you think English translation is not accurate, please just tell me in the comments for the next update. Other languages are translated with Google Translator (except any mention in the languages part on the page). Tell me if you experiment any kind of trouble (especially with the female, male and neutral form). Thank you!
(The English translations are in the file with the same name if you want to help me.)

If you have any idea for next spells, just let me know. I'm currently working on some for more "hoodoo-ish" style.

If you have any questions or suggestions for the actual mod, tell me. Thanks!


Warning
Vade Retro Phantasma is a final spell (if you save your game), because Ghost is removed and deleted from the world.

Delete the old .package files of the mod.

And just drop the file .package (Ghostify or Vade Retro Phantasma or both) in your mod folder. In a sub-folder if you want, just avoid having too many sub-folders for compatibility reasons.

If you want and if you know what you do, you can also deleted cache files from your Sims 4 folder (spotlight_[your language].package and localthumbcache.package).

Pie menu
On the target Sim : "Magic" > "Spells" > "Ghostify" or "Vade Retro Phantasma"
Don't display (or sometimes grayed out with a tooltip) in some circumstances (pets, child, if a spell is already cast on the target Sim, the target Sim is a vampire, witch, spellcaster, ...).

Ghostify
I'll try to fix that.

Maybe some mods can conflict with it (mod with deadly spells or ghosts), don't know, tell me if you have an issue and I'll try to update. For information, theses mods use script from the game to transform a Sim into a Ghost for maximum compatibility (with trait, and other).

Check the first section on the top of the page to obtain information about last update.

This Sim was temporarily transformed into a Ghost by a Spellcaster, and {M0.his}{F0.her} stress still be there toward this kind of magic.
Type: Ghost

Epic failure! This Sim was temporarily transformed by {M0.his}{F0.her} own spell.
Type: Ghost

Transformed by a Spellcaster

This Sim was transformed into a Ghost by a Spellcaster.
Type: Ghost

Do not copy, modify or share my work without my permission :)