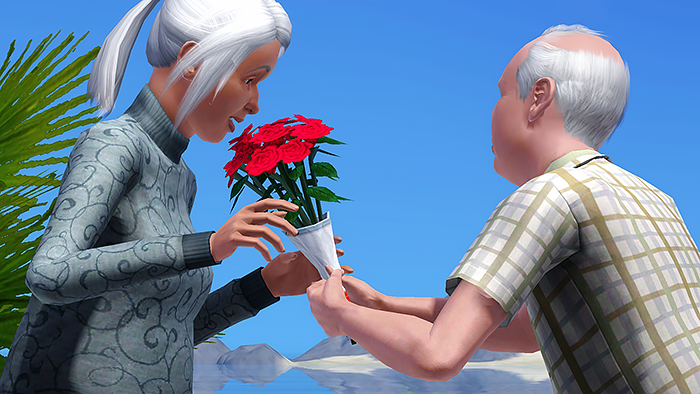 Created by YolkSims
View all Downloads
Uploaded: 6th Jul 2022 at 5:41 PM
Updated: 27th Oct 2022 at 6:30 PM
CURRENT ISSUE:
As found by SimsMatthew (thank you), there's currently a bug where a sim might get more than one boyfriend/girlfriend due to this mod's intervention. It's possible this might cause unintended consequences/errors, . You can read about the issue here, and

I'm currently working on NPCRomance v3, and you can read about it here.

Scroll down for information on the latest update!

This pure scripting mod attempts to breathe some life into your Sims’ NPC friends and romantic interests by allowing them a chance to advance their relationship with your sims.

Both NPCs and your sims now have a small chance or additional chance to:

All of these interactions have multiple conditions and are cancellable, but the target sim will decide whether to accept them.

No one has reported any script errors, so I'm removing the beta status from NPCRomance as of 7/25/22. However, please let me know if you encounter problems or have any suggestions.

This mod is also available on my Tumblr.
There's a video about how NPCRomance works here.


Update 2.0.0b
Update 2.0.0b is a complete rewrite of the script from the top down. It no longer uses the inaccurate polling and targeting system from 1.0.0b, instead using a listener event. It should be lighter on your game and generally work better. It also now works for all sims, including sims in the active household. You can read the full patch notes here.

Credits
This mod would not be here without the help of KittytheSnowCat, GameFreak130, Lyralei, Battery and Consort, all of whom help me on the forums when I'm stuck over something trivial due to my inexperience.

Update Procedure / Older Versions
Due to the game baking scripts into saves, you’ll need to start a new game in the event of an update. However, I’ll keep old, unsupported mod versions on my Onedrive, so those who wish to continue playing older saves can still access them.
Other Information