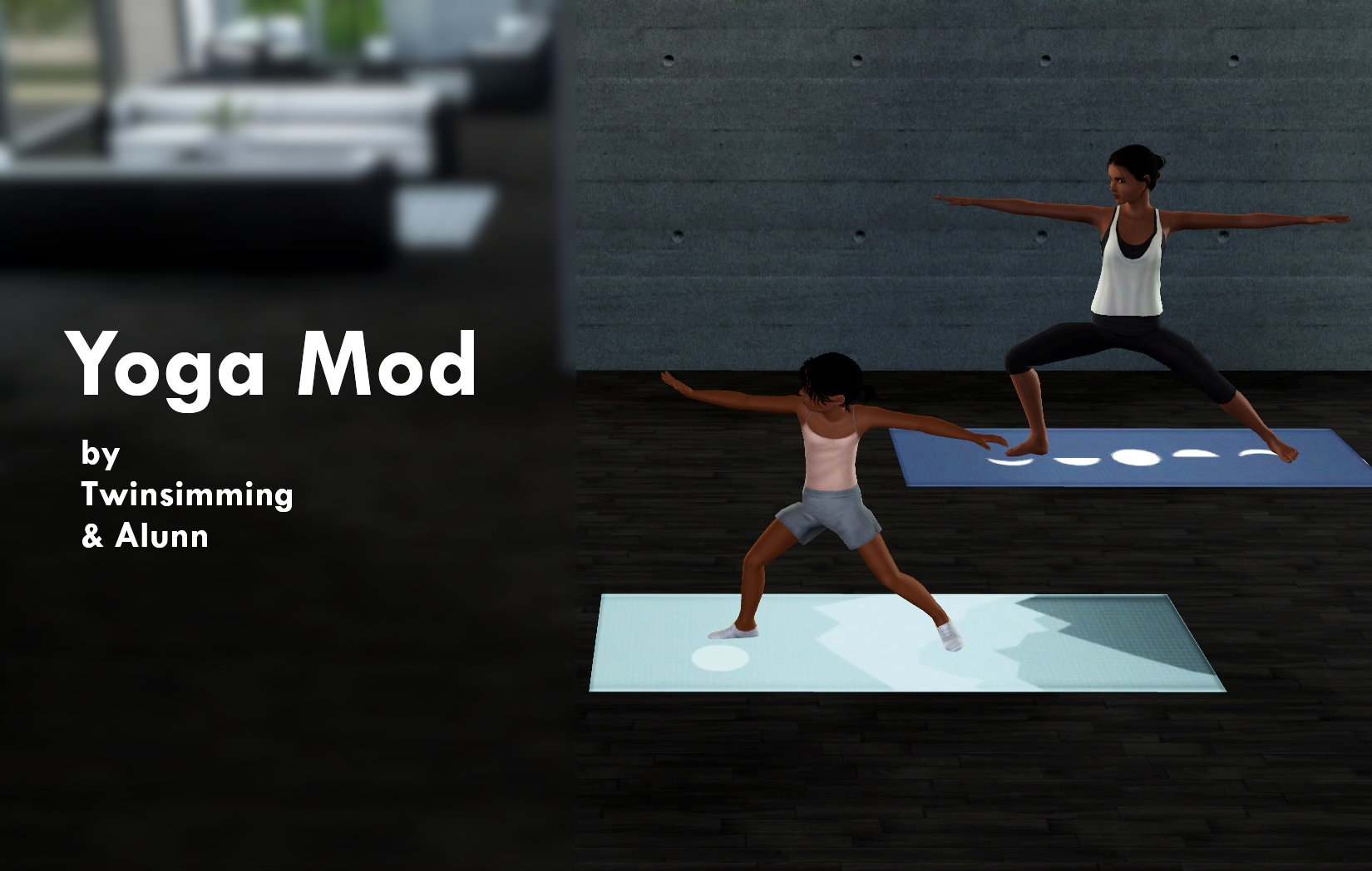 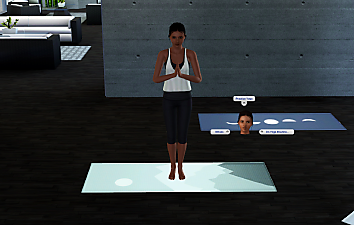 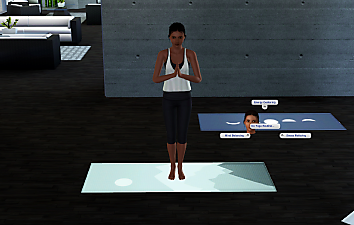 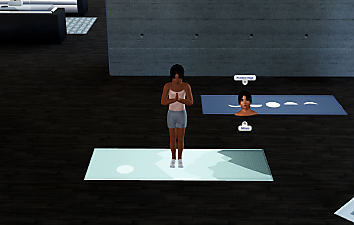 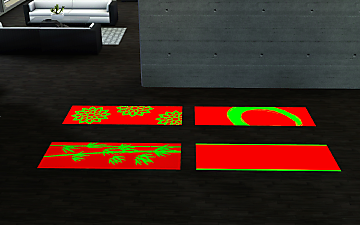 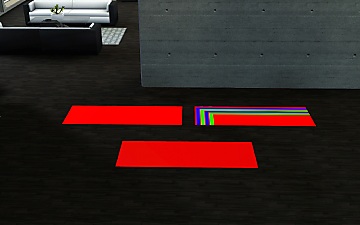 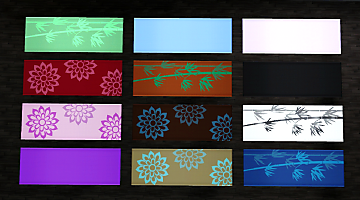 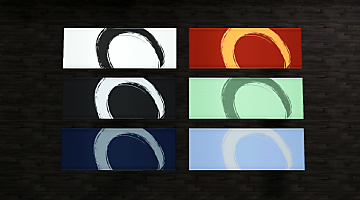 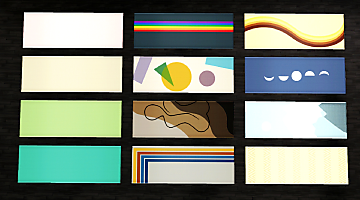 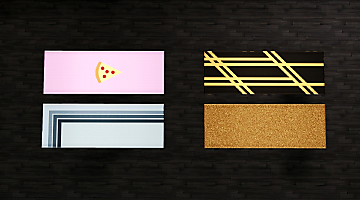 This mod brings the yoga activity from The Sims 4: Spa Day to The Sims 3. Originally created by Alunn, I recently took over the mod to add additional features and bring it to release!

This is a script mod that can be placed in your Packages folder. It was built and tested on 1.69 but should work fine on 1.67.

The yoga mat is draggable in Live Mode and can be placed in a sim’s personal or family inventory.

Using any of the yoga mat interactions will build the Athletic skill (except for Children), though some more slowly than others. As your sim’s skill increases, they will learn new yoga poses and improve on their execution of previous ones.

A sim’s Athletic skill also determines how long they can use the mat before becoming Fatigued* (anywhere from 4-7 hours):

*Children will always get Fatigued after 3 hours.

Your sim won’t gain muscle, lose weight, or become more fit from using the mat, but they will fulfill any generic workout related wishes. And sims won’t lose Hygiene as fast as they would using other athletic equipment.

Pregnant sims can use the mat in any trimester!

Do Yoga Routine… (Teen and Up):
By default, yoga routines will only boost their specific needs up to half way, so don't think your sims can forgo a good night's rest or talking to a friend in favor of a tree pose or two!

Sims with the Athletic skill, Martial Arts skill, Athletic trait, or the Disciplined trait will be drawn to use the mat autonomously. Sims will also be drawn to the mat when it is placed on a Gym, Dojo, or Chinese Garden lot type.

All of the following values are tunable in the mod’s XML file:
Conflicts & Known Issues

-As this is a brand new scripted object there shouldn’t be any conflicts.

-Teen sims sink a bit into the mat on certain animations because The Sims 4 doesn’t have shorter teens to convert animations from.

-If a laundry basket/washer/dryer has been placed on the lot, when sims take off their shoes to use the yoga mat a pile of clothing will spawn.

First and foremost, I want to thank Alunn for kick-starting this mod and allowing me to continue improving it!

Thank you Lyralei and zoe22 for helping with the early programming. Thank you mbottle, Jathom95 and enable_llamas for being early testers in the beta thread and providing valuable feedback and suggestions.

And to all of the folks in the Sims 3 Creator Discord who helped me with coding, animations, ideas, and testing: thank you Battery, FloTheory, TheSweetSimmer, and MissPat!
Custom Content

See: Game Help:TS3 CC Basicswiki for a full guide!
Also Thanked - Users who thanked this download also thanked:
More Traits for All Ages
by mikey
'No Stretch' Children can Series
by kapaer
Children can care for their lil' siblings
by TheSweetSimmer
Retuned Attraction System (1.67 compatible)
by Fentonparkninja
[UPDATE] 10 new CAS Sliders (Breast, Hip, Waist, Butt, Head and more)
by jonha
The Third Person Mod
by QuackGames
No Mosaic Patch 1.22 to 1.67 edited 01/16/2014
by velocitygrass
Snow but better! - Snow replacement mod
by Lyralei
Deep Conversations
by QuackGames
No Intro
by Rick
Packs Needed
None, this is Sims 3 base game compatible!
Other Information
Type: