Road Closed Ahead - NO CC 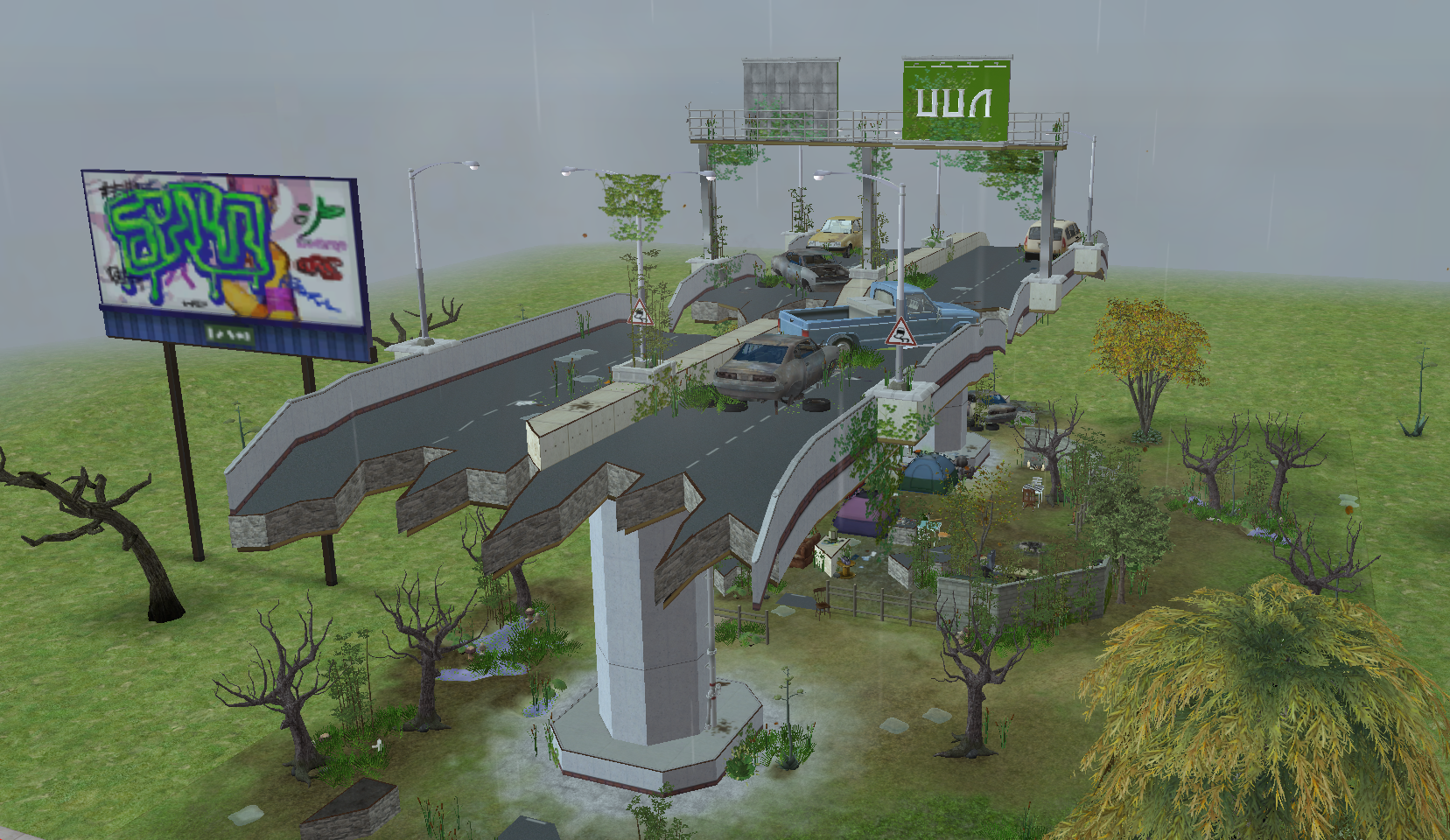 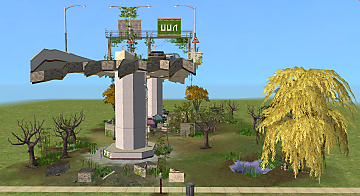 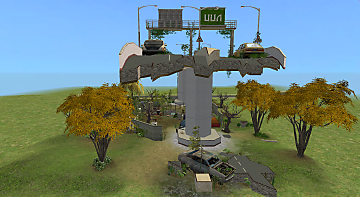 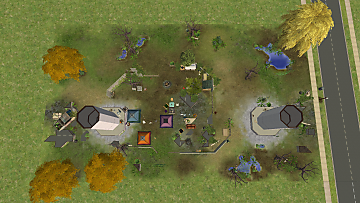 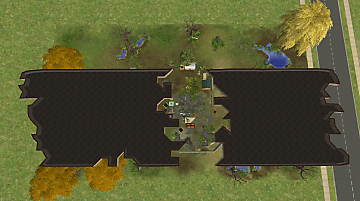 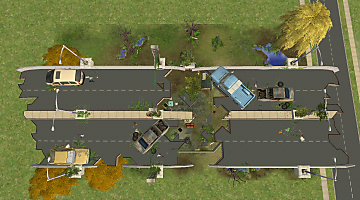 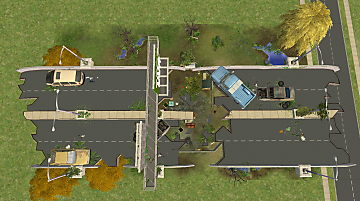 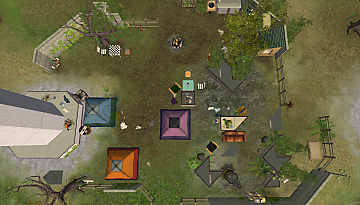 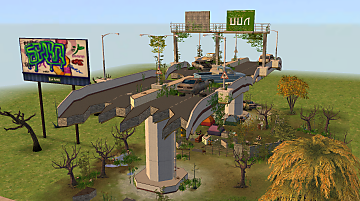 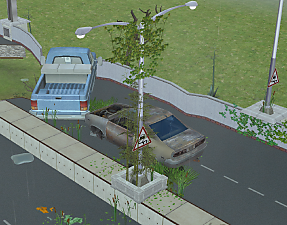 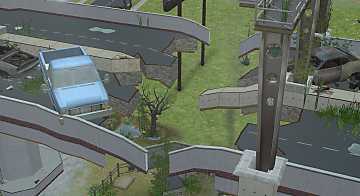 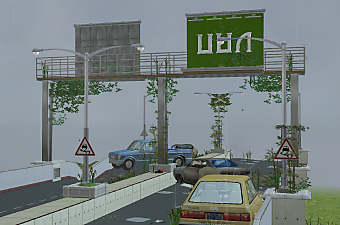 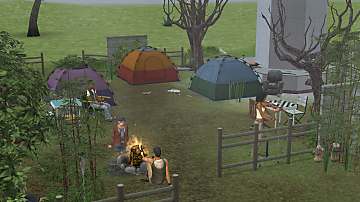 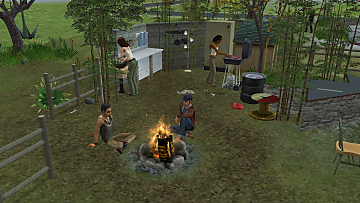 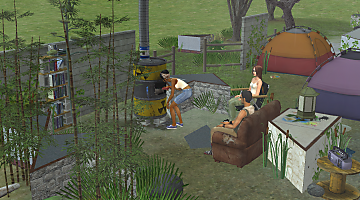 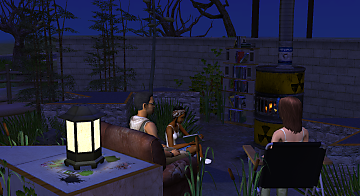 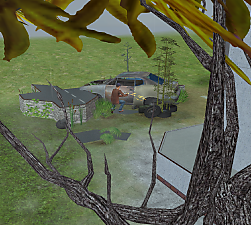 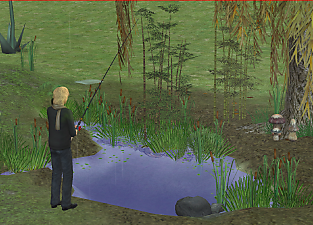 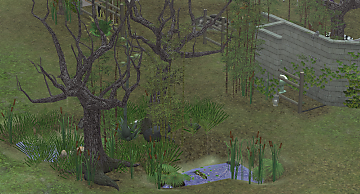 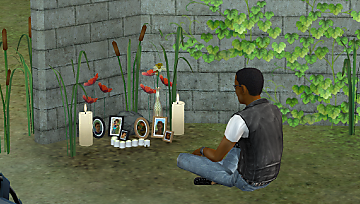 Created by Zarathustra
View Policy / About Me View all Downloads
Uploaded: 19th Nov 2022 at 6:06 PM
Today I present to you another opportunity to make life harder for your Sims who’ve managed to survive the apocalypse! I’d wondered for a long time whether an elevated highway would look right in TS2, and eventually decided to just make a quick test lot to see how well it turned out. Much to my surprise, about a half-hour’s work with construction and CFE left me with something that already looked pretty great (or pretty terrible I suppose, since it is a crumbling ruin after all!) and then I gradually added more ruined and overgrown elements to it to get the post-apocalyptic vibe I was hoping for!

There’s really only the ground level of this lot accessible to your Sims, so the highway itself is really just decoration and slight protection from the elements. By extension, there’s not really anyplace “inside” on this lot, and the only accessible part that the game recognizes as a separate room is a small two-tile area for the toilet and shower. There is something for every basic need though (including one body of water large enough to fish in), so your Sim survivors can actually live entirely off what’s present on this lot if you so choose. As with all my creations, no CC is present or required.

The lot as uploaded has never been occupied, the pictures including Sims are from a clone I used for testing and screenshots. The price is a surprisingly low (for me) $115,417, 3x5 in size and technically 8 floors in height if you go all the way to the top of the highway sign, but most of that is still just empty space, so it should load fairly fast. Routing also works quite well, since while there’s lots of visual clutter and overgrowth, there’s also plenty of routes open to just about everything. The only space I occasionally noticed routing issues is by the toilet, so depending on how you play this lot you may want to reevaluate that space- I mostly just wanted it as hidden as possible, since a functional toilet or shower would really be an unimaginable luxury in a setting like this!

And just in case you want a little inspiration, below is my typical storytelling vignette, just to give the appropriate flavor (as I see it) to this particular lot- enjoy! You woke up to a darker daybreak than usual faintly shining through the translucent nylon wall. Most days it was hard for you to sleep past sunrise since the fraying tent hardly blocked any of the morning sun, but today as you unzipped the door flap, you saw a darkened gray sky. It was hard to tell yet whether the gray was rainclouds or smoke from a nearby fire- it seemed like it had been so many years there shouldn’t be much left to burn, but the air still had the acrid tang of smoke most of the time anyways, just like almost every day After.

“After.” That was really all people said anymore. At first there had been lots of names used for all the events during the collapse of the world you’d once known, but once a few months passed, people just settled into using the simpler terms. There was “Before,” and there was “After.” Everyone still alive knew exactly what it meant, no sense wasting time calling it anything more dramatic. The campsite you’d called home for the past few weeks was a bit more sheltered from the stinging rains than most of the other places you’d found since leaving the city behind. Wind would still whistle through the dead and dying branches of the trees, but the crumbling bulk of the elevated highway above you kept the campsite fairly dry. You and the rest of your ragged group had all agreed that it was better than anything else you were likely to find soon, especially after realizing that there were still somehow a few fish living in some of the nearby pools. After so long wandering among the crashed and rusting cars lining the highway without a comfortable camp in sight, you weren’t going to leave that behind without a good reason.

Under a broken segment of the highway you’d come across the rotting walls of something. With so few walls left standing it was impossible to tell what it had originally been- A cattle corral? An electrical substation? A maintenance yard?- but it gave you a bit more shelter from the wind and made for an easier space to guard while your band of survivors called it home. Some of the others had gathered up fallen branches and walled off a bit more of the space, just to make it feel even more secure, and near a wrecked tractor trailer you’d found a few bits of still somewhat intact furniture that you’d all dragged into the campsite and arranged around an old metal drum that could hold a fire, just to make it the tiniest bit more comfortable. Against one of the far walls too, on a drier patch of ground a few of your fellow survivors had set out their few family portraits and a handful of candles, as a makeshift shrine to all those you had lost... and you’d all lost many by this point. A camp kitchen had been set up against one of the walls that looked sturdier than the rest, and you’d found a burned-out house not too far off the highway that still had a few bits and pieces left intact from its kitchen, so several of you had dragged a backyard grill and a mostly-intact refrigerator to camp one day. Looking at the damage to the coil assembly you knew the refrigerator wouldn’t keep things cold even if you somehow miraculously found a working power source for it, but you’d long since stopped hoping for that much, and you just hoped it still sealed well enough that it’d keep wandering animals from smelling whatever food you managed to scavenge.

And even without charcoal, the grill still was easier to manage than trying to cook over a campfire, and with a lid that could be closed and still let things cook, you didn’t have to worry about the firelight giving away your location. Plus, you all agreed that a warm can of soup or chili or whatever scraps of food you’d managed to find that day was so much better than eating it cold that it was worth the little bit of risk you ran by lighting any kind of a fire. Not for the first time, you found yourself looking up at the crumbling ruins of the highway overhead. You’d seen worse damage to places in the cities before you left, but there at least you could usually tell what had happened. Out here, seeing reinforced concrete and rebar broken so dramatically always made you wonder what could possibly have been going on here, so far from anything of any real value to people Before, to have caused that kind of damage. It didn’t really matter anymore, but still, you couldn’t help but look.

You’d driven that highway countless times, you remembered, and yet try as you might you couldn’t remember anything about this spot now. You wondered when the last time you’d driven along the road overhead had been. You remembered sitting in your car, the A/C blowing, tunelessly singing along to the radio, but it seemed this spot, this stretch of road, had just been so unremarkable you hadn’t ever really noticed it. Now though... now, this small campsite had been home to your group for weeks, and you realized you were somehow more comfortable here than you could remember being anywhere else you’d set up camp in weeks. The world After definitely had more than its share of twisted ironies like that.

Far above you, the gray sky finally decided on rain, and thin streams of oily runoff began to trickle through the cracks in the asphalt and concrete of the crumbling highway overhead.
Other Information