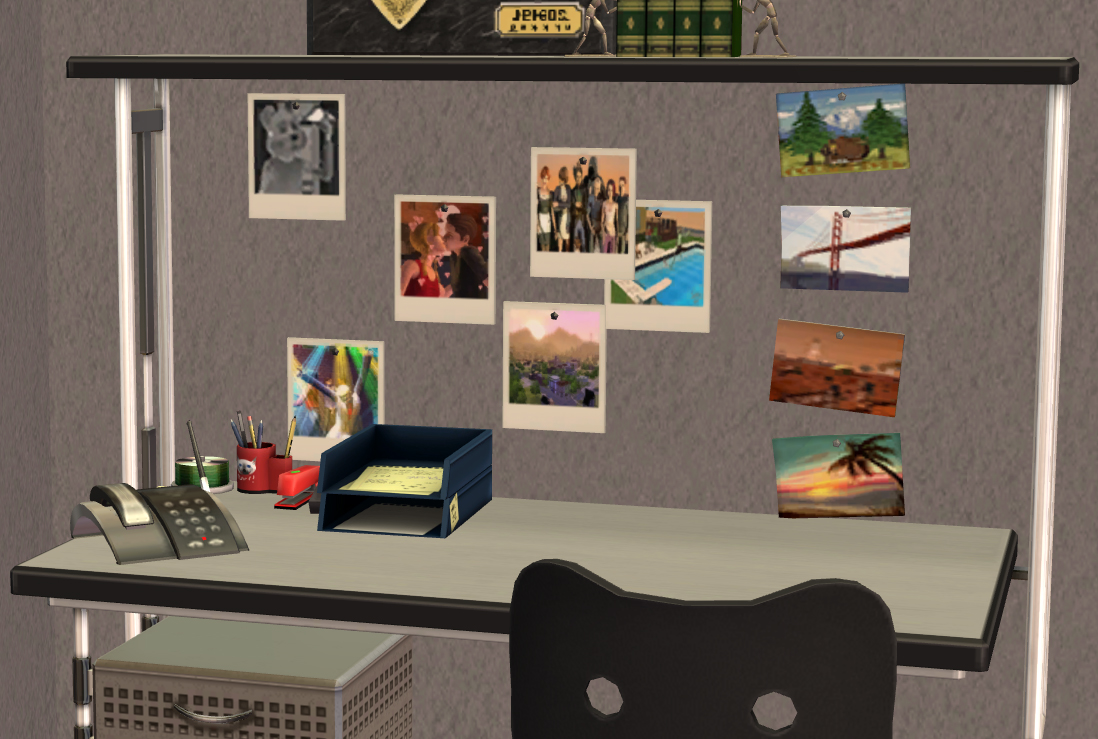 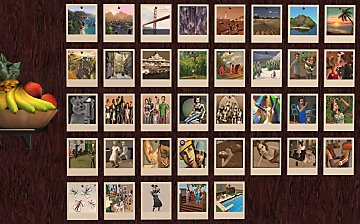 Recolours for polaroids and postcards using images that are found in the game files and/or promo pictures.
For the polaroid mesh there are 37 recolours in total, 14 landscapes and 23 with sims on them.
For the postcard mesh there are 8 recolours in total. The 4 recolours of version 1 contain the same landscape pictures as the 4 recolours of version 2, they are just distributed differently. In version 1 I tried to separate the landscape pictures by colour so that they would fit better for rooms that have a certain colour scheme. In version 2 I tried to mix the different colours so that those would fit better in rooms that needed a more colourful wall hanging.

I couldn't find limonaire's TOU and their ask box isn't open so I couldn't ask them about it either. I've included the mesh but should they contact me in the future and tell me that they're not okay with it, I will of course remove the mesh.


CC/Mods used for screenshots:Thanks to:
This is a new mesh recolour, and means that you will need to download the particular mesh itself in order for this to show up in your game. See the Meshes Needed section or read the text for more information.
Custom Content

This download requires one or more meshes to work properly. Please check the Description tab for information about the meshes needed, then download them below:
Recommended

You can include my stuff in lots or modify it but please give credit and don't upload it to paysites or TSR.
I would also be happy if you message me about your creation because I would love to check it out.