by plasticbox Posted 12th Feb 2016 at 1:50 PM - Updated 1st Mar 2016 at 3:03 AM by plasticbox
89 Comments / replies (Who?) - 12 Feedback Posts, 12 Thanks Posts
This is a new mesh, and means that it's a brand new self contained object that usually does not require a specific Expansion pack (although this is possible depending on the type). It may have Recolours hosted on MTS - check below the description for more information.
This is a backless version of the Maxis “Double Delight” showertub. Works like the original in every way, only without the surrounding tile walls.

2016-02-29: Updated with new string resources which might fix the crash that some people reported in the comments. 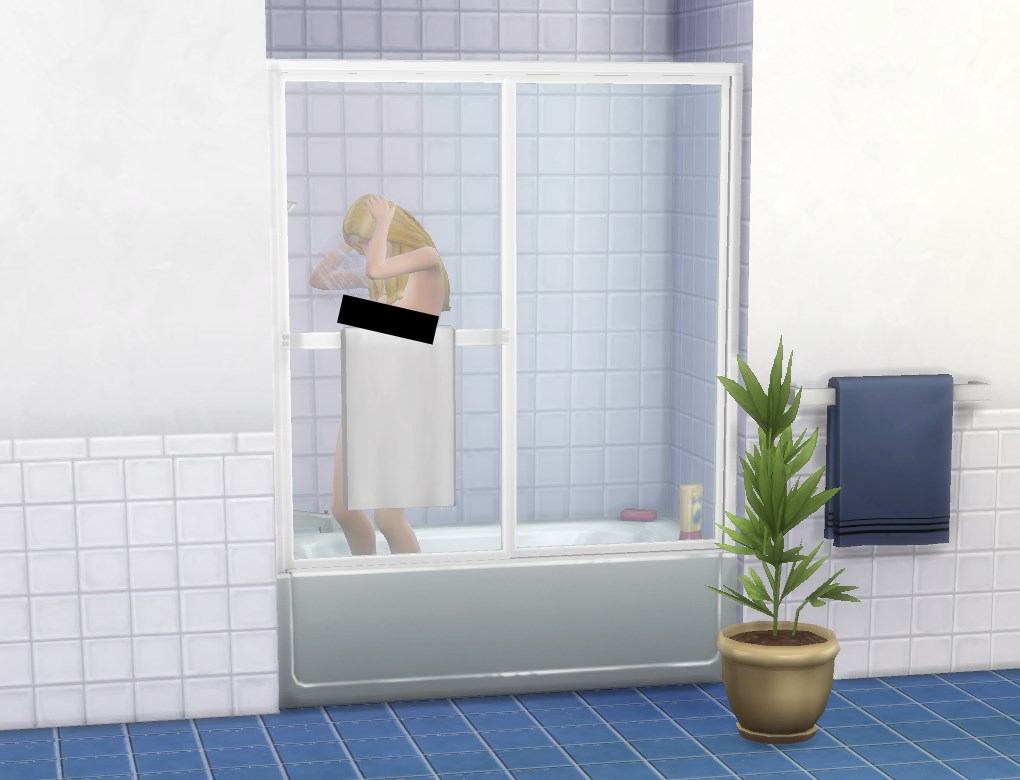 This is best used against a wall at the top end, because the armatures are wall-mounted.

Five colour variants (the rest would have been redundant since they're always the same except for the tiles), found in Showers/Tubs for 1.800§. Textures and so on are all referenced from the original.

Need more information?
Back to download view
89 Comments / Replies (Who?) - 34 Feedback Posts, 47 Thanks Posts
Hide Thanks Posts for this thread (Show only feedback)
Page 3 of 4
Jron7667
Lab Assistant
THANKS POST
#51

I am getting the game crash too, with even just this in the folder. Take it out, and the game starts right up.
DeadMansChest
Test Subject
#56

I've found that using several of your own mods (honestly didn't expect that) seems to prevent the game from booting up for me.

If any one of these packages were present with the backless shower/bath, my game would not boot:
I made these tests with only this mod active and one of the mods mentioned above at a time.
plasticbox
Pettifogging Legalist!
retired moderator

Can you check with the attached package please?

I cannot repro the crashing myself, but I think I have an idea what might be causing it. What I don't get is why only some people are crashing.

Can you tell me what language you have your game installed in, and what operating system + game version you're running?


(Attachment removed + moved to main upload post)
Stuff for TS2 · TS3 · TS4 | Please do not PM me with technical questions – we have Create forums for that.

In the kingdom of the blind, do as the Romans do.
DeadMansChest
Test Subject
#58

That seems to have fixed the crash on bootup for me. What exactly did you change?
plasticbox
Pettifogging Legalist!
retired moderator

The test package has new STBLs (string resources) that I created from scratch in s4pe. This is what I used to do for a long time, 1. because I tend to have no idea what to write there when I'm only starting to make something, and 2. up until two versions ago s4pe did not preview STBLs that had incorrect length info, so I normally just nuked the ones that TSRW generated and created new ones from scratch when I was done (it's a bit difficult to edit something that you can't view =P).

The game itself apparently never had any problems to deal with that incorrect length info; I'm not sure whether or not this is still the case now. I also don't know whether anything changed on the TSRW side. But I looked into the STBL stuff a bit recently and while experimenting with the byte count and compression fields, we managed to produce packages that would reliably crash the game.

Unfortunately I don't remember how I created the STBL in the original upload, so I can't tell for sure if that is what caused the issues for some people .. but since this (and the other package I mentioned above) are quite recent, it's possible that those are/were from TSRW and I kept them in (since they display now for me and I didn't see a need to delete them), and also edited them afterwards, and then either s4pe couldn't correctly figure out whether or not to compress them due to the incorrect byte count, or the game as of a recent update decided that it now WILL puke (for some people) when it sees that kind of thing. Hard to tell when nobody posts their specs.

Either way, if it's now fine for you I'm going to update with the package attached above. Thanks!


BTW if that is what the issue was, I don't think it's got anything to do with *which* other CC you are using. Probably it just reads random other stuff while thinking it's still reading the STBL and then it's completely stumped when that other stuff does not make sense.
Stuff for TS2 · TS3 · TS4 | Please do not PM me with technical questions – we have Create forums for that.

Game started right up, after replacing with this file!

(I think that's what you are asking?)

I love your work - thank you! Is there any way this can be converted to Sims 3?

Feel free to convert it. I'm sure people can help you in TS3 Create if you run into any issues.
Stuff for TS2 · TS3 · TS4 | Please do not PM me with technical questions – we have Create forums for that.

In the kingdom of the blind, do as the Romans do.
arterial rainbow
Test Subject
THANKS POST
#63

It took me longer than it should have to realize almost all of my CC is from you! This particular thing isn't showing up in my game.
plasticbox
Pettifogging Legalist!
retired moderator

Do you have the updated version? If not please redownload. Also, does this happen without other CC as well?
Stuff for TS2 · TS3 · TS4 | Please do not PM me with technical questions – we have Create forums for that.

In the kingdom of the blind, do as the Romans do.
moonlitmagik
Lab Assistant
THANKS POST

Pbox - doesn't work in my game either, with or without other CC. It just simply does not show in the game catalog. Brilliant idea this though - i mean, what is it with EA and ugly house furnishings?
RuneVe
Lab Assistant
THANKS POST
#66

Ah, yes, I'm having the same issue as well: the item doesn't show up in the catalog. I would really love to use this version of the bath, but, unfortunately, it doesn't work in my game. It might just be because my particular instance of the game is not patched up-to-date, but I doubt it; most CC I have installed works just fine. Love your work though, plasticbox. Papa bless.

awesome, i never understood (in any of the sims series) why they add the wall :/
btw, it is not showing in my game, is there anything other than putting in the mods folders have to be done? i only have up to get to work.
Sandally
Test Subject
THANKS POST
#70

Thank you for doing this! I wasn't a fan of the back part of this shower tub.
msbu
Test Subject
THANKS POST
#73

this is great ty

Hi! I really love this bathtub, but i can't start the game, have the same issue

i'm playing the game in spanish