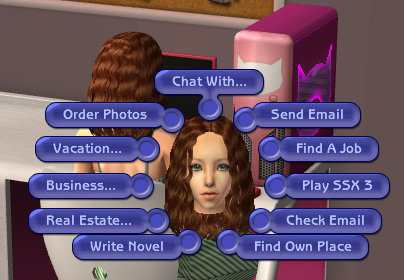 This fix is for Pre-FT games only. It's obsolete in FreeTime or later EPs.

If your latest EP is FreeTime, get Teen Style Stuff Objects Fix for FreeTime instead.

If you have either AL or M&G, get Stuff Pack Objects Fix Collection for Apartment Life instead.


Despite the fact that Teen Style Stuff was released 2 full months after Bon Voyage, EAxis didn't bother with adding new BV functions to Teen computer and stereo. You can't book vacations, purchase vacation home, order photos on the Teen Computer. You can't use Teen Boombox to do hula/slap dancing. You can't place Teen Computer on OFB shelves, even though OFB was released 1 and half years ago.


There are two versions of this fix. Only choose ONE of them, depending on your latest EP.

File names were changed in v1.01. Remove these files from your StuffPack\Objects folder.

If you put this fix in Downloads folder, Teen computer will bear annoying CC asterisk.
To avoid asterisk in thumbnail picture, put the fix in the following location.

C:\Program Files\EA GAMES\The Sims 2 Teen Style Stuff\TSData\Res\StuffPack\Objects
(or the corresponding folder on your system if your game isn't installed in C:\Program Files)

Do NOT remove z- prefix in the filename. It is for ensuring that this fix is loaded after SP objects, overriding original resources. 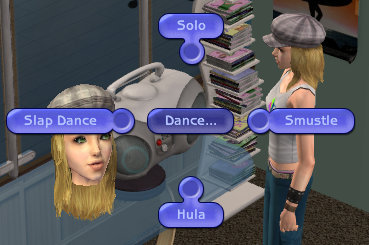 Back to download view
38 Comments / Replies (Who?) - 14 Feedback Posts, 22 Thanks Posts
Hide Thanks Posts for this thread (Show only feedback)
Page 2 of 2
littlejohnnyhoward
Test Subject
THANKS POST
#26

Is it possible to also enable Uni activities on the computers? I hate that they can't apply for scholarships on the computers in their rooms.
I'm not conceited, conceit is a fault and I have no faults.
Lord Darcy

Quote:
All options up to BV are enabled with this fix.
Joshua Degennaro
Lab Assistant
THANKS POST
#29

Tnx mon.. apparentlly guys like you keeps this game from becoming truly broken.. no thanks to the guys at EA i guess..
Menaceman44

This is probably very premature to be asking but will you be updating this to be compatable with Free Time when it ships?
My deviantART, MTS Yearbook Origin ID = Alistu
Lord Darcy

This message has been deleted by Lord Darcy. Reason: FreeTime version is discontinued.
Menaceman44
Mad Poster
THANKS POST

Thank you once again! I haven't bought Free Time yet but I've already downloaded this update so that I'll have it ready.
Lord Darcy

2008-03-01: FreeTime version of this fix is discontinued. Now it's part of Teen Style Stuff Objects Fix for FreeTime. The new mod fixes not only Teen Computer, but Teen TV and Teen Vanity as well. Get the new fix, and remove TSSComputerOFBShelfFix-FT.package file from your Downloads folder.

Lord Darcy, thank you so much for taking the time to make these needed corrections for us! I am very grateful to you for your help in making our games play as they should since EA apparently doesn't care to.
Lord Darcy

Thank you! These are amazing functions, there is no problem with this since I downloaded it. I've had it for a while now.
Bronislaw
Test Subject
THANKS POST
#38

This fix is for Pre-FT games only.
Upgrade to one of fixes below depending on your latest EP.