I've had this wonderful hair in my game for soooo loooooong, and finally decided to make some use of it. So after putting together this gal I stared at the monitor for quite a while thinking oh man, it's time to make some brooding dudes to recover from this fuzzy feeling inside that I'd call cuteness overdose... D: 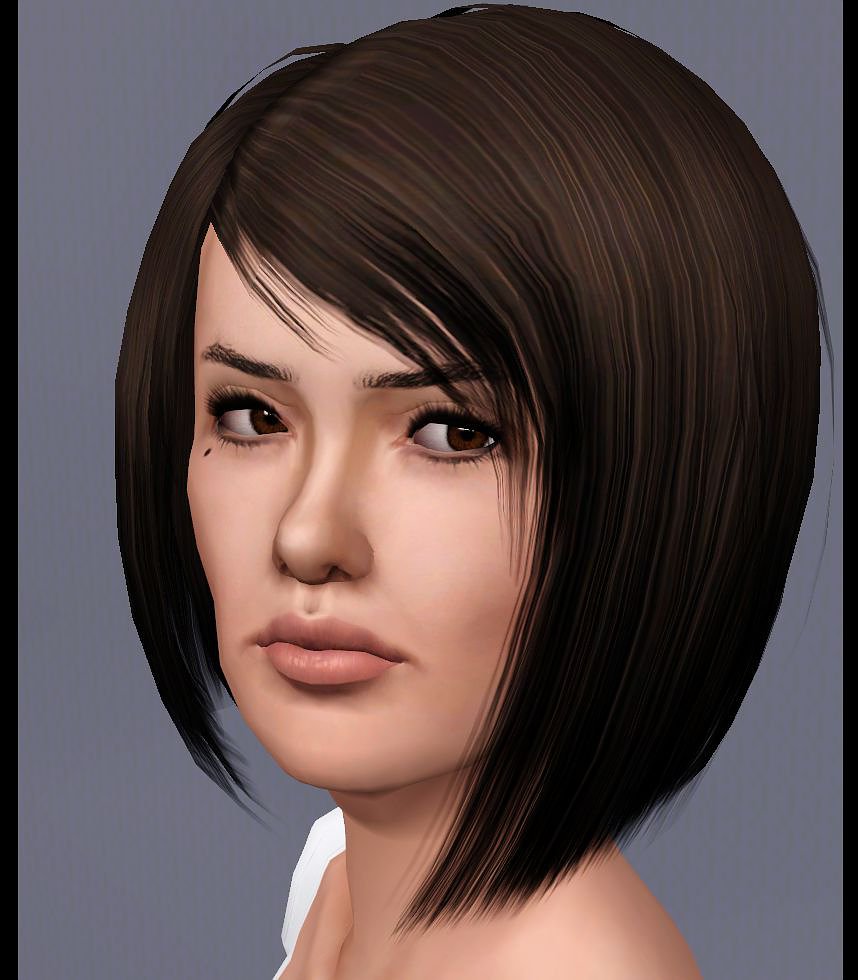 Nadine has always been the easygoing jokester of the bunch. She never fails to see the bright side of things and isn't afraid of letting everybody else hear them out loud... For the longest time, her quick wit and academic success have made a person after person go "oh SHE'S SOOOOOO.....", but what can you do when you are just this superior on the level of personality awesomeness as her!

She enjoys learning about anything. The Discovery channel is always on, and quite often she is late from EVERYWHERE after losing herself into watching a documentary on the making of shoe soles... and that's when the quick wit comes in very handy, getting out of dire situations is her another specialty!

So get on board with true awesomeness topped off with unbearable cuteness, as Nadine has arrived!

The sim is packaged with default basegame hair, clothes and skin.


Hair by Peggy, converted for TS3 by Anubis
Eyes (contacts) by Shady (version 1)
Eye brows (#7) by Evie. Her blog and content was deleted, so the brows are included for download in this thread.
Lower eye lashes by Aarin
Eye bags by Kittyklan
Lip gloss (Mayhem) by Shyne
Face contouring makeup (as blush) by me

Chin to neck slider by Heiret, which is no longer available but you can download it from this thread.

Back to download view
39 Comments / Replies (Who?) - 11 Feedback Posts, 27 Thanks Posts
Hide Thanks Posts for this thread (Show only feedback)
Page 2 of 2
Arisuka

Every sim should have a true side-shot, IMO.
Downloading anyway. :]
Pty1980
Test Subject
THANKS POST
#28

I disagree that all Nadines are sexy! Just look at Nadine from Hey Arnold! That HAIR! /shudder
Criseida
Test Subject
THANKS POST
#30

awww she is so pretty!
Eden147
Test Subject
THANKS POST
#31

I was just thinking the same. :D
JAKINCOL

If making requests I only ask that you help in finding body parts, hair, etc., clothing, accessories and comparison pics and that you be a part of the feedback thread here at MTS or my personal blog...which you can find listed on my page.
Thanks! I don't always succeed but will give it my best.
Nyn
Field Researcher
THANKS POST

I first thought it was Geena Davis!