by Phaenoh Posted 16th Mar 2011 at 5:02 AM - Updated 28th May 2017 at 5:26 PM by Phaenoh
118 Comments / replies (Who?) - 10 Feedback Posts, 9 Thanks Posts
Picked Upload! This is a picked upload! It showcases some of the best talent and creativity available on MTS and in the community.
Update: Translation added for Portuguese. - Sept 18, '11
Translations are now available for the following languages: English, Brazillian Portuguese, Danish, Dutch, French, German, Norwegian, Polish, Russian, Spanish, and Swedish. If you are concerned about the file size, you can open the new file in SimPE and delete all the languages you do not need, commit and save.

This is another one of those things that I'm surprised no one has done yet. I'm always finding myself going back to the memories panel and counting the promotions to figure out how far I am from the top. That doesn't work when my sims get jobs from the computer based on their skills instead of at entry level. With this little mod you can quickly see what level your sim is at. In addition the number shows up when you are job searching. 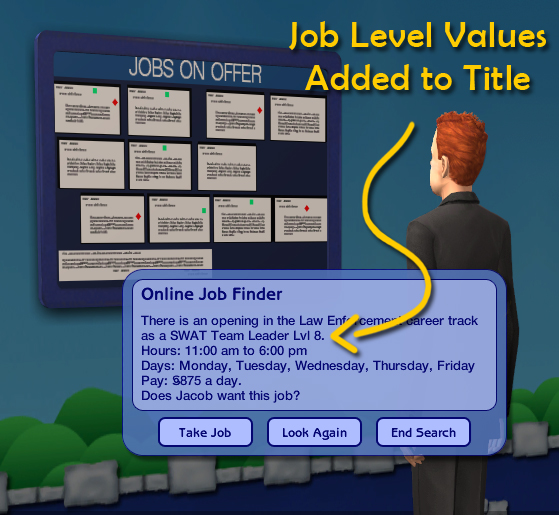 The abbreviation 'Lvl' for level and the level number have been added to all the maxis jobs from Basegame, Uni, Pets, Seasons, and Freetime. If you don't happen to have some of those EPs it won't harm your game. If you don't play the game in English, this mod will (currently) change all your job titles and descriptions to English. I'll do languages as requested, just let me know which language you need and the proper word for 'Level'. 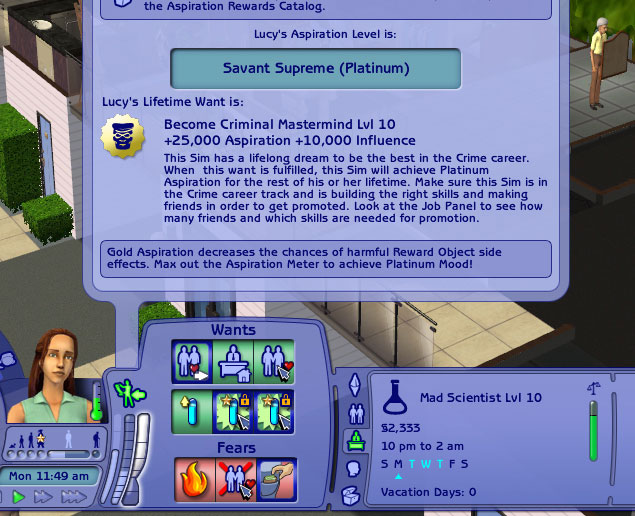 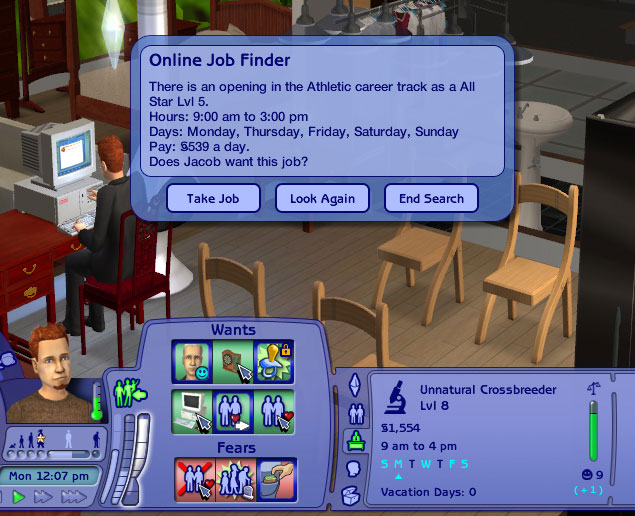 Additional Credits:
Creds to MogHughson for the Job Seeking Noticeboard
And to Menaceman44 for his typo fix that I included. Be sure to remove his if you have it, it will conflict. (But do go hit his thanks button)
Tags: #career, #job, #level, #labels, #values, #lvl, #levels, #label, #numbers

Back to download view
118 Comments / Replies (Who?) - 46 Feedback Posts, 70 Thanks Posts
Hide Thanks Posts for this thread (Show only feedback)
Page 5 of 5
Phaenoh

Quote:
Thank you, what is it supposed to say?
New! Fully Renovated Pleasantview!
Like my work? Help me make a difference!
Quietscheente

Quote:
Without the mod it says "Star" (just like in english)
Phaenoh

Quote:
Thank you! I've fixed it.

I said thank you, bit i didnt downloaded it, because there is no hungarian. Anyway, nice job. :o)
Phaenoh

Quote:
What is the Hungarian word for Level? It doesn't take much work to add that it.
New! Fully Renovated Pleasantview!
Like my work? Help me make a difference!
Nopke

Quote:
Well, that's not true. It's popular among some younger Polish people, but it is rather a slang word, not widely accepted. There is a Polish word that means "level"… but there is no need to use it. It may be just a number in brackets, for example Unnatural Crossbreeder (8). You know what this number means.
Yeah, I know it's a very late reply.
Trying to speak English well.
Q&A on Tumblr | Discord | Latest updates of my mods
s4rts4
Test Subject
THANKS POST
#107

I don't have a problem with English usually, but currently my game is installed in Finnish as I forgot to change the language before I started a new challenge and can't deal with the "everyone's names change to completely random when you change language"-bug right now. Yeah, Origin just decided to install the game in Finnish, didn't ask for language. If you have time, the word for "level" is "taso" in Finnish. If you want to give me instructions on how to translate this to Finnish myself, I'll do it happily

I just wanted t o say that I won't play anymore if this is not installed. When we finally got Sims 2 working after a hard drive failure and and update to Win 10, this was one of the first things I put in. Thank you, thank you, thank you.
Simone95
Lab Assistant
#110

A simple, but nice update to my game

In the Dutch version, everything seems to be fine except in the Paranormal career. In my game, a woman was promoted to "Lvl 9", instead of "Exorcist Lvl 9" (same as in English). And at level 10, the job menu says "Sekteleider" (Cult Leader) without the level behind it. As far as I've seen the other jobs and careers, the rest seems to be fine

And as I'm already posting: in my opinion, the word 'niveau' (abbreviation 'niv', like in French) would be more correct in Dutch than 'level'. Level isn't completely incorrect though, but it's more game slang (like "cool, I'm level up!"). Though I get it's a lot of work to change that...

Thank you so much for this mod. It's one of those rare mods that work. And also this was needed by all of us, so thank you again.
Xirem26
Test Subject
THANKS POST
#112

Can you do this in Italian?
Phaenoh

Quote:
What is the proper word in Italian?
New! Fully Renovated Pleasantview!
Like my work? Help me make a difference!
Xirem26

Awesome mod, but where's the job level indicator for the teen version of the Dance Career?
LiliLiliLili
Field Researcher
THANKS POST

Can you make a Hungarian translation?
Due to the logic of the language itself, it would be like this, with numbers and letters swapped and a dot after the number:
Lvl 1 --> 1. szint
Lvl 2 --> 2. szint
etc.
Renfree
Test Subject
#117

Thank you, I can't imagine my game without this mod now!
I just want you to know that in Russian the Show Business career duplicates the positions and descriptions of the Entertainment career.
pauly52
Test Subject
THANKS POST
#118

Thank you for this, Phaenoh! I play the game in Czech so it would be great if you did a czech translation. You can safely use ,,Lvl". I would like to keep the description in the Czech language, but I miss the level designation. Thank you very much!

Am I the only one who it isn't working for the paranormal career? It works for everything else, just not paranormal.