by joninmobile Posted 13th Aug 2009 at 11:22 PM
11 Comments / replies (Who?) - 10 Feedback Posts
These Unlocked alien eyes are completely safe to place in the downloads folder, because they weren't made the conventional way of unlocking things. I made them by borrowing a texture that I found in C:/Computer/EA games/The Sims 2/TSdata/Res/sims3d and I made a new set of eyes in bodyshop. So these will NOT unlock the delete key in CAS screen, and there is no need to place them anywhere special.

Also included is the contacts version of these eyes, so that when turning sims into aliens using Treeag's Creature Changer Painting your aliens can actually have those alien eyes. The way to access any contacts, not just these, but any contacts you will ever download, is to go to the mirror and select costume makeup.

Also, you can access the alien skintone by going into your neighborhood and bringing up the cheat ' boolProp testingCheatsEnabled true ' (without quotes) then going into CAS screen and before you do anything press Shift + N. This will bring up CAS in debug mode, so you can see alien skintone, as well as a plethora of other hidden goodies. However you will NOT see these alien eyes by using that method alone, CAS in debug mode does not show EVERYTHING.

I was sort of unsure where to put these, because most unlocked things go in game mods. But seeing the way I made these I decided to put them here in bodyshop/eyes, since they were made mainly in bodyshop, I did use SimPE to extract the original alien texture though.

I hope you all enjoy these very much! I was thrilled to death when I found the file for the alien eyes in SimPE for my personal use, because I love to turn my sims into aliens with treeag's painting, but they didn't have those alien eyes. Well now they do! 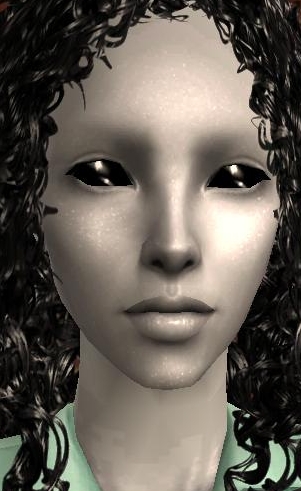 Rapsheba555 for showing me how to make contacts

Wow, this was fast!

When I saw this the first thing I thought was Oh My God!
Thank you so much, I've wanted this for a long time!
no power in the verse can stop me
ge smak daun, gyon op nodotaim
jus nou drein jus daun
unlaced

Acctually, I have to correct you a liiiittle bit, you CAN use these eyes in CAS debug mode. You have to select the alien skintone for them to show up, but you CAN use it.

Great job though, it'll be fun having not-so-normal eyes for aliens using something else than Maxis' skintone :D
I WOULD GO OUT TONIGHT
BUT I HAVEN'T GOT A STICH TO WEAR
aqualectrix
Lab Assistant

I'm deeply confused by your explanation.

Are these in fact unlocked, or are they simply new eyes with a copy of a Maxis texture? You seem to say they are both, and I don't understand how something new can at the same time be something unlocked -- at least, using the typical meaning of "unlocked" around here, which I've always taken to mean "a small mod-like file that enables you to see something already there, but doesn't create a new clone of it".
joninmobile

They are new eyes with a copy of a Maxis texture, they are not unlocked in the true sense of the word. I borrowed a Maxis texture, and then made new eyes in bodyshop. The reason I called them "unlocked" is because you are now able to see them in your game, when you weren't before.
alchemist
Instructor

Nice download, and the eyes look great on the beautiful Sim in the picture.
coolspanner
Test Subject

this is great, my one alien sim doesnt have alien eyes and this will help!
opanocat5
Test Subject
#10

Thanks!!!
Just what i needed for my Pollination Technology Center (in game

Are these actually identical to the original alien eyes, or are they ever so slightly different?