by Audrey Posted 27th Feb 2011 at 4:50 PM - Updated 3rd Mar 2011 at 8:09 AM by Audrey
29 Comments / replies (Who?) - 2 Feedback Posts, 22 Thanks Posts
Picked Upload! This is a picked upload! It showcases some of the best talent and creativity available on MTS and in the community.
Jennifer Lynn Lopez (born July 24, 1969), often nicknamed J.Lo, is an American actress, singer, record producer, dancer, television personality, fashion designer and television producer. She led People en Español's list of "100 Most Influential Hispanics" in February 2007. She parlayed her media fame into a fashion line and various perfumes with her celebrity endorsement. Outside of her work in the entertainment industry, Lopez advocates human rights, vaccinations and is a supporter of Children's Hospital Los Angeles.

Lopez began her career as a dancer on the television comedy program In Living Color. She subsequently ventured into acting and gained recognition in the 1995 action-thriller Money Train. Lopez's first leading role was in the biographical film Selena (1997), in which she earned an ALMA Award for Outstanding Actress. She earned her second ALMA Award for her performance in the 1998 film Out of Sight. She then starred in the romantic comedies such as The Wedding Planner (2001) and Maid in Manhattan (2002). Lopez had bigger commercial successes with Shall We Dance? (2004) and Monster-in-Law (2005).

In 1999, Lopez released her debut studio album On the 6, which spawned the number one hit single, "If You Had My Love". Her second studio album, J.Lo (2001), was a commercial success, selling eight million copies worldwide. J to tha L-O!: The Remixes (2002), became her second consecutive album to debut at number one on the Billboard 200. Her third and fourth studio albums—This Is Me... Then (2002) and Rebirth (2005)—peaked at number two on the Billboard 200. In 2007, Lopez released two albums, including her first full Spanish-language album, Como Ama una Mujer, and her fifth English studio album, Brave. She won the 2003 American Music Award for Favorite Pop/Rock Female Artist and the 2007 American Music Award for Favorite Latin Artist. To date, Lopez has sold over 25 million albums worldwide.Lopez was ranked the 27th Artist of the 2000–10 decade by Billboard.

We are currently enjoying her exotic beauty on American Idol where she is one of the 3 judges. She is doing a good job too!

Oh and she doesn't (so I'm told) know the words the Star Spangled Banner. 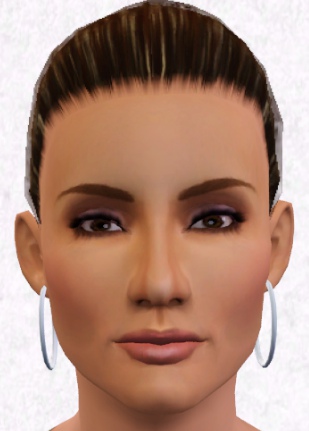 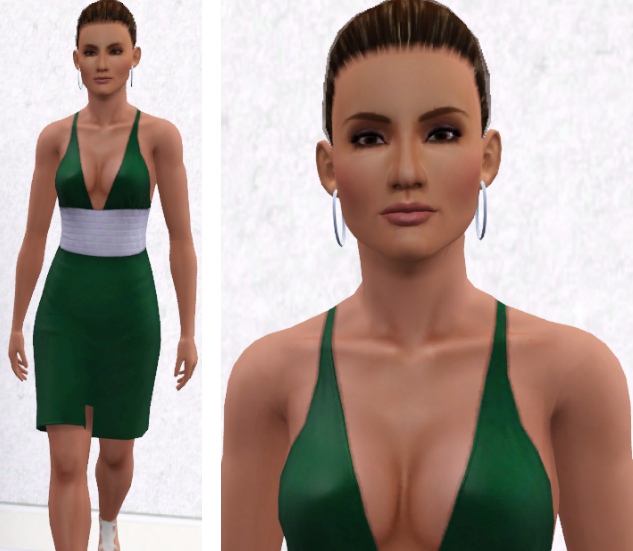 In order for Ladyfrontbum's skin to show up in CAS you need to download the following mod:
Anach Sims 3 Tweaks: HERE

Please don't tweak her face without download the following:

Moreawesomethanyou by Pescado: HERE
The range of the sliders is set to max 5

Additional Credits:
Thank you to all who contributed to my JLo thread. I couldn't have done it without you all.
Tags: #Jennifer Lopez

Back to download view
29 Comments / Replies (Who?) - 3 Feedback Posts, 25 Thanks Posts
Hide Thanks Posts for this thread (Show only feedback)
Page 1 of 2
Brittany005
Test Subject
THANKS POST
#2

Very very close! But I'm not liking the color of her hair... It has too much blonde in it.
kirara2tail
Test Subject
THANKS POST
#3

Oh wow, I can't believe she's up already. I only submitted her 2 days ago. Thanks Mods!!

Thanks Alan, I will edit. Thank you kiara, flajko (lmao) and Moncs. Brittany, you are welcome to change her hair colour
Simmiller
Rabid Recoloring Renegade
retired moderator THANKS POST

I think she is beautifullll.
Maybe it's me...she looks like Demi Moore
Esmeralda
Mad Poster
THANKS POST

At first I thought she was Sandra Bullock, she has her eyes, but then I read the tittle and well yes its J.Lo good job!
Cheelie222
Test Subject
THANKS POST
#13

Nice, but she doesn't look like her. Keep trying! ^_^
solarsis
Test Subject
#14

Her Bio should mention that she doesn't know the words to The Star Spangeled Banner! Just kidding....but she doesn't!
Jessica_2020
Inventor
THANKS POST

Beautiful and a sim I can imagine that is hard to do. She came out very good! Nice job :D
Audrey
Forum Resident
THANKS POST

Thanks Jessica and Malfoya (Yes, she was hard to do). Thank you to those who took the time to say they didn't see a resemblance. All feedback is very welcome.
SnowWhiteCharming
Field Researcher
THANKS POST

Thanks SWC. Nice to see your comment and know that you are still around.
zapatorosa84
Test Subject
THANKS POST
#21

do not look anything,but great job and thanks
Audrey
Forum Resident
THANKS POST

OMG, I got a picked upload star for her. Yessss, thank you mods.
jelmer22
Test Subject
THANKS POST
#23

This message has been deleted by Yana F.
The Rogue Leader
Test Subject
THANKS POST
#24

OMG, looks so much like her its scarry... 4 all those peeple saying it dont, hav u like even seen Jlo b4?
Audrey
Forum Resident
THANKS POST

Thank you Rogue Leader. I appreciate your positive feedback.