by Cynnix Posted 29th Aug 2011 at 9:08 AM - Updated 29th Aug 2011 at 12:35 AM by Cynnix
14 Comments / replies (Who?) - 2 Feedback Posts, 12 Thanks Posts
Picked Upload! This is a picked upload! It showcases some of the best talent and creativity available on MTS and in the community.
Pamela "Pam" Swynford De Beaufort (born 1871, turned 1905) is a vampire and the progeny of Eric Northman. Born in London, her human life ended in 1905 after being turned into a vampire by Eric Northman. After a century together, Pam is fiercely loyal to her maker, and despite her relative youth as a vampire acts as his second in command in his duties as vampire sheriff of Area 5, Louisiana.

I made two outfits for her, the one sleeve red mini dress from season four and a blouse and skirt with great pumps from season two. They aren't exact copies but they are similar enough to make me happy. I used Giansquid's dorsays as a base to make the shoes. I separated the foot from the shoe so I could enable env cube on it so it will be shiny like the real ones. The outfit isn't an exact replica either, but I like they way it came out. I made a fat morph but didn't bother with a preg morph because of the belt. Who cinches in their waist like that with a bun in the oven? Pam's not able to breed anyway, what with her being dead and all.

The sim is packaged with the red mini dress which has fat and preg morphs and Nouk's hair. 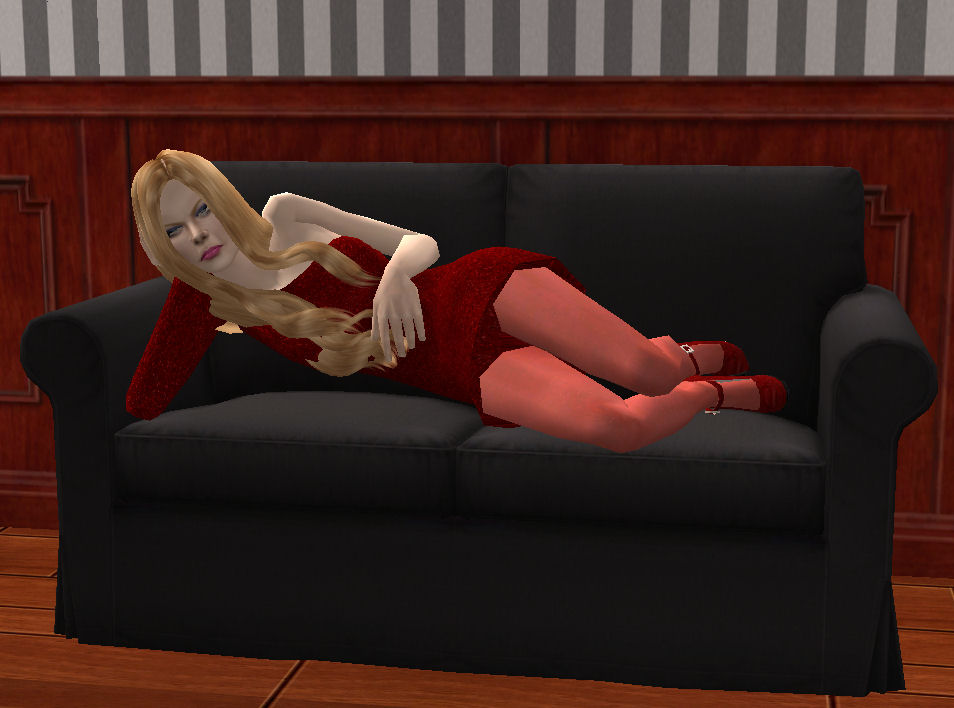 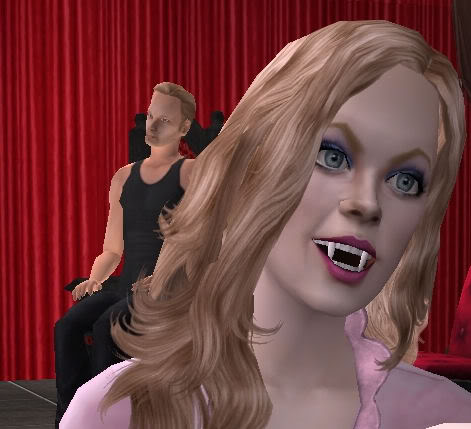 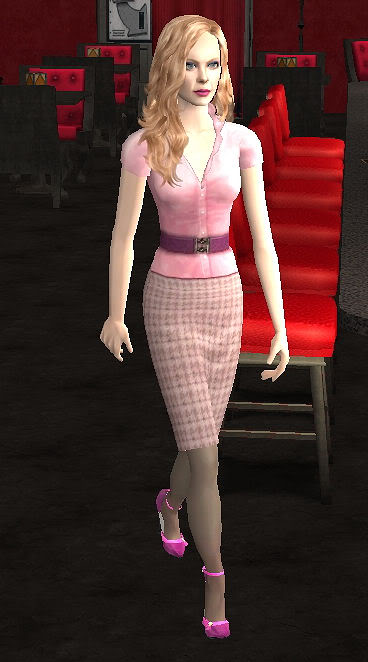 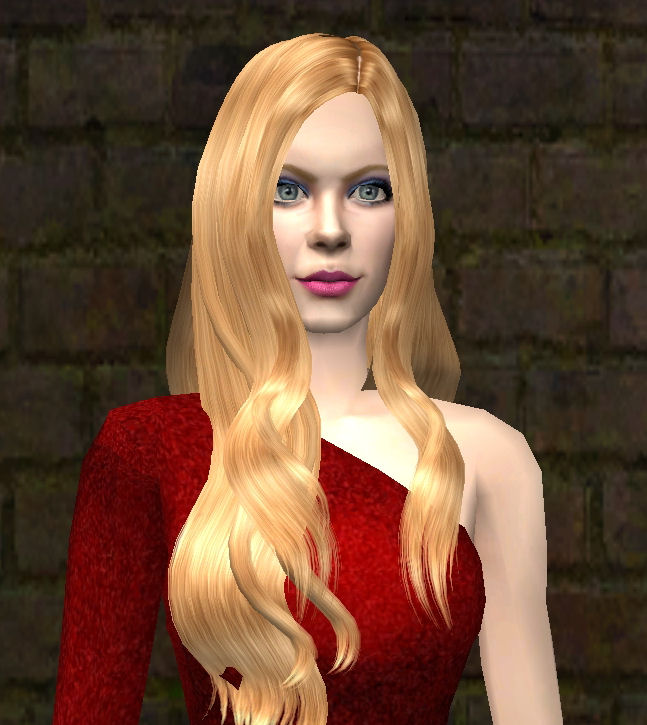 Back to download view
14 Comments / Replies (Who?) - 1 Feedback Posts, 12 Thanks Posts
Hide Thanks Posts for this thread (Show only feedback)
unskilled_operator
Instructor
THANKS POST

Since you made that thread at the Creator Feedback area, I was wondering when you would upload this sim.

My game really needs a Pam. Thank you very much for this!
fanseelamb
Demon Sheep
retired moderator THANKS POST

She looks great, Cynnix! And thank you very much for the custom made clothes - they look fabulous in game and are so perfect for Pam.

I love the series especially Pam and Eric. I have Sookie, Sam, Eric and Bill now finally - at last I have a Pam worthy of the series! Thank you so much for this!

I Love It :D
Meshy114
Lab Assistant
THANKS POST
#7

Total Awesomeness Cynnix! I'm gonna have to start my own True Blood hood! (Since I was given the first 3 seasons to watch! Now I need this one to catch up!) I LOVE her red dress! And those pink pumps! WOW!
GreenDaySim74
Inventor
THANKS POST
#8

She looks awesome. Thank you.
venicequeen
Test Subject
THANKS POST
#9

Aww you made Pam's favourite pumps! At least sim Pam's didn't get ruined

thanks so much for creating this it's just wonderful!
joviz
Test Subject
THANKS POST
#10

Lover her!!!
I wish Eric would look a bit more realistic though
kadeey
Test Subject
#11