It took me lots of time but hope you like her and I used the sims 3 default skin, Enjoy :D

Robyn Rihanna Fenty : was born on February 20, 1988, in Saint Michael, Barbados, to Monica Braithwaite, a retired accountant, and Ronald Fenty, a warehouse supervisor for a garment factory.Her mother, a native of Guyana, is Afro-Guyanese, and her father is of Barbadian and Irish descent.The eldest of three siblings, Rihanna has two brothers, Rorrey and Rajad Fenty.She also has two half-sisters and a half-brother from her father's side, each born by different mothers before Rihanna's father married her mother.Rihanna grew up listening to reggae music,and began singing at around the age of seven.Her childhood was deeply affected by her father's addiction to crack cocaine, alcohol, and marijuana,and her parents' turbulent marriage ended when she was 14.She grew up in a three-bedroom bungalow in Bridgetown and sold clothes with her father on a street stall.She attended Charles F. Broome Memorial Primary School and then the Combermere High School, where she formed a musical trio with two of her classmates.Rihanna was an army cadet in a sub-military programme that trained with the military of Barbados and fellow Barbadian and singer-songwriter Shontelle was her drill sergeant.Although she initially wanted to graduate from high school, she chose to pursue her musical career instead. from Wiki ^_^ 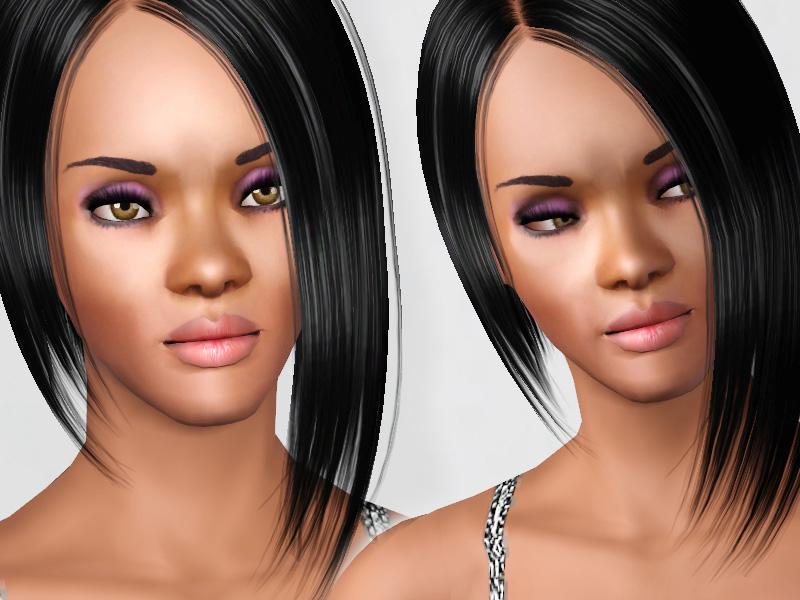 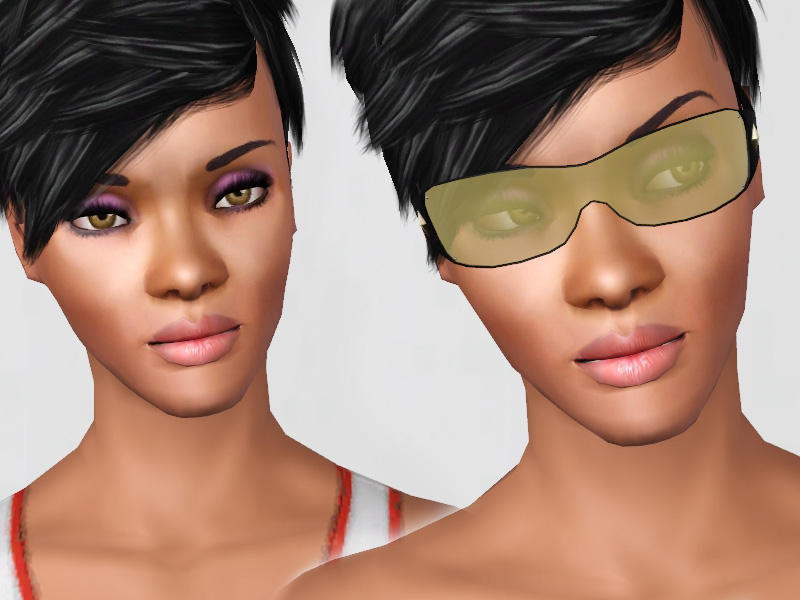 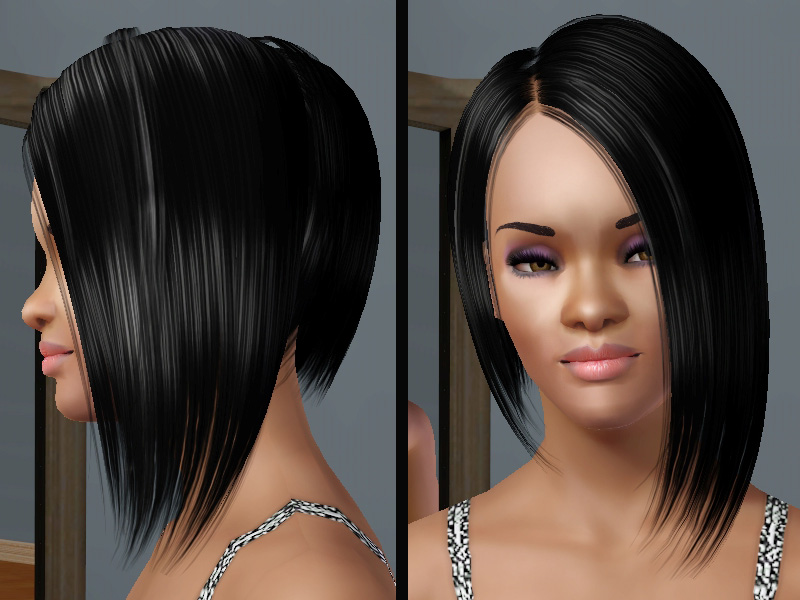 Note: I have packaged this Sim with EA hair so you need to download the non default skin and the hair to appear in your game as in the pic, Enjoy !!

How to install:
Extract the sim. file from the zip.Place in My Documents/Electronic Arts/The Sims 3/SavedSims.
In the game, go to the Premade Sims Bin in Create A Sim (CAS).

Additional Credits:
* Special thanks to : mickeymouse254,heaven,MzzUnvrz,iLoveYoUiLoveMe,SimmyRN,daluved1,RedCherries for helping me

Back to download view
72 Comments / Replies (Who?) - 23 Feedback Posts, 46 Thanks Posts
Hide Thanks Posts for this thread (Show only feedback)
Page 1 of 3
littleblackdog
Test Subject
THANKS POST
#2

That is a good job. Thanks for sharing her.
Lady_Chaos
Scholar
THANKS POST
#4

best sim ever..... I knew who it was in a heart beat.
woodenbear
Lab Assistant
THANKS POST
#6

This has to be the Best Sim ever for sims 3. Very well done I am applauding you...
dreamsgirl88
Test Subject
THANKS POST
#7

After seeing Sibyl's Adrian Brody sim, I didn't think anyone could do a better job of recreating a real person. I am gladly proven wrong.
Human beings are a very irrational species. Some of them are even afraid of pickles.
Leiko14
Test Subject
THANKS POST
#10

It's great to see her uploaded, you did a fantastic job.
Audrey
Forum Resident
THANKS POST

Rihanna is instantly recognizable and you did a great job for your first ever sim in recreating her.
Esmeralda
Mad Poster
THANKS POST

Very Very nice...thanks so much for sharing. I was about to download your work when I noticed it said she is packaged with EA hair and skin. I followed the links for the hair but didn't see one for the skin you used. Where can I download non default skin?
Iiernyce
Lab Assistant
THANKS POST

She looks really great! But as Lisa626 asked, where can we find the non-default skin that you used for her?
Lunararc
Instructor
THANKS POST

And @ Iiernyce, I didn't use non default or default replacement skin tone, It's the Sims 3 skin tone " the original game skin tone " see more info in the text, so you don't need to download skin tone

Knight Of The Moon
Lisa626

Thanks for responding. It reads like you need to download a skintone but I confuse myself alot

. I'm adding her to my game today.....happy that you decided to share her.
murfee
Mad Poster
THANKS POST
#21

She looks so realistic! Great work and thanks for sharing

Wow, wow, wow!! This is an amazing job. It looks JUST like her.
Lunararc

that i used the sims 3 skintone :D
Knight Of The Moon
Iiernyce

Ah, so that's it. How impressive! I don't like the EA skin tone but you managed to make your Rihanna sim really beautiful!