Description:
The original PrePets version by jonha, became outdated and was never updated once pets was released. Since that version only worked for games without pets, I decided to remake it. I originally made it for myself, but when I checked the thread, I realized that updates are still being requested for Pets, I decided to upload it. I tried to just update from his scripting, but it was too old so I had to start from scratch. As of right now, this will only allow Toddlers to stand in CAS. I am just learning the scripting, so I haven't been able to adjust the other movements like jonha. I will try to get the same options (including halting the movements for the pets) working in the same way eventually. 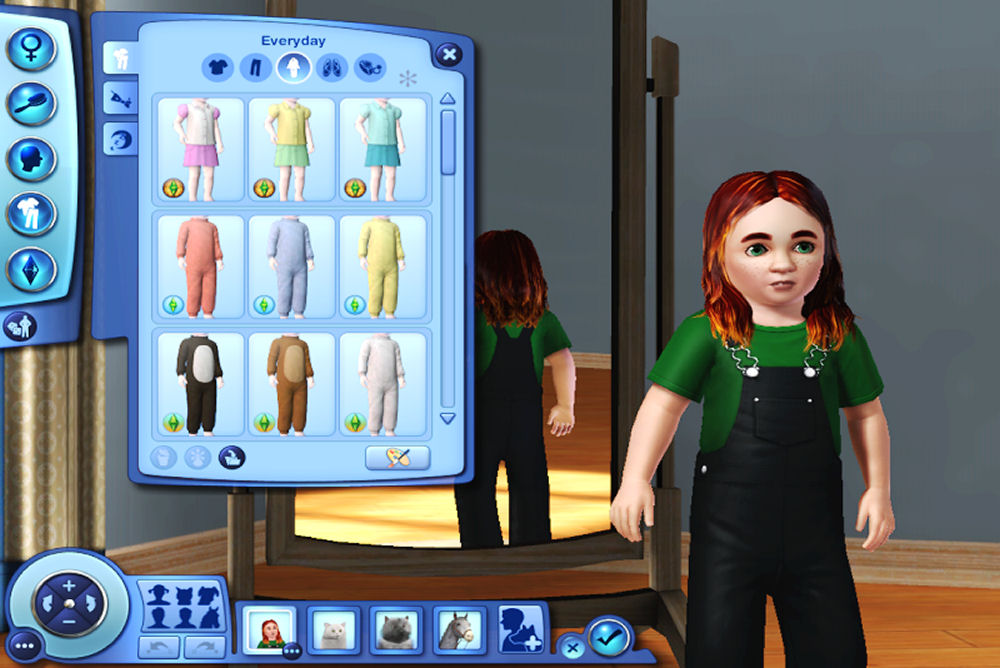 With Supernatural there is one small glitch that I am still trying to fix. When you switch the toddler's species (i.e. werewolf, fairy, ghost, witch, ect.), they will sit down briefly and then stand right back up. However, this is the only selection that seems to cause this action to happen. The toddler will take longer to stand up when switched to fairy because it waits for their wings to grow. It happens when switching from human to fairy, but not when you are choosing what type of wings you want. Like so: 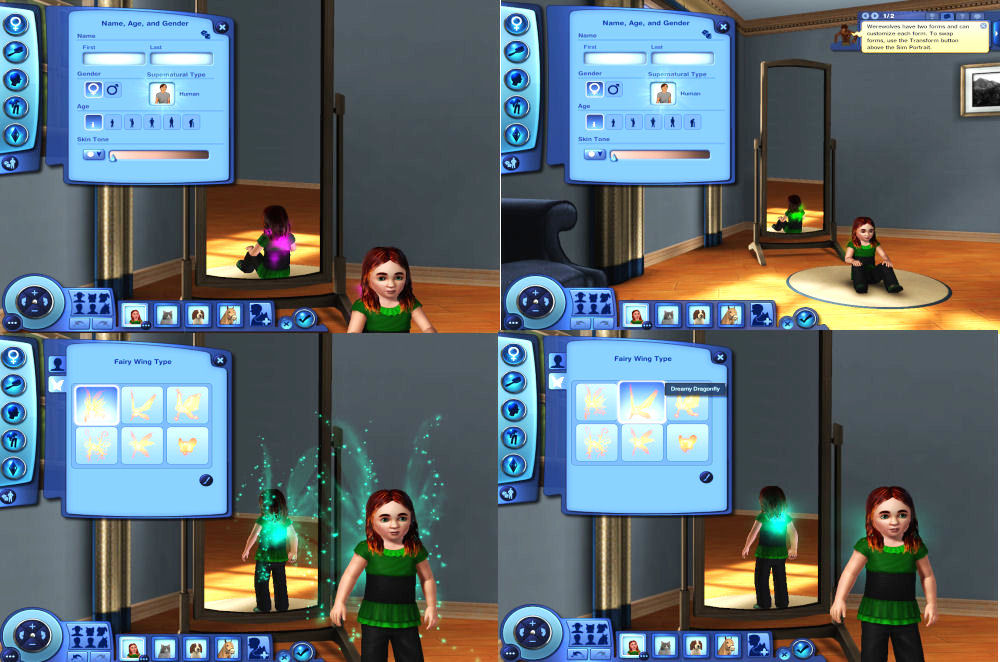 It also doesn't happen when switching back to human from any other species. On every other part of CAS or CAP, I haven't had any other issues.

Compatibility:
This mod is Incompatible with any other Mod that change the CAS animations or the CAS camera. This was made with all expansion packs except for the KP one installed. I do know it works fine with version 1.38 and up. All animations in Create-A-Pet are fine and the animals remain looking normal. It should be Base game compatible.

It will conflict with any other mod changing the same resources.

Install:
It goes in /Mods/Packages folder

Built with Game Version: 1.38
Warning! There are no files attached to this upload. If this is a "group project" or multi-part upload please check the comments for more files.
Basic Download and Install Instructions:

See: Game Help:TS3 CC Basicswiki for a full guide!
Back to download view
23 Comments / Replies (Who?) - 8 Feedback Posts, 14 Thanks Posts
Hide Thanks Posts for this thread (Show only feedback)
silenticity
Test Subject
THANKS POST
#2

Thanks for this. I was just pulling out the other mod whenever i needed to edit pets, and sticking it back when done. LoL. So thanks a bunch! =)
fway
Top Secret Researcher
THANKS POST

This was much needed. I'll be keeping an eye out for when you "freeze" the other animations.
qwertyiscool
Lab Assistant
THANKS POST
#4

THANKS THANKS THANKS! I AM SICK OF THEM SITTING IN CAS! THANKS! :D
linna2008
Lab Assistant
THANKS POST
#5

hey, can you update the one to make them stop moving as well?
thank you! s2
spagtscully

. As I mentioned in the start of the post I'm working on it. It's just taking me a little while because I have worked with syntax programming since I had a tape computer back in the late 80's...lol.

As soon as i get them working right I'll upload them.
Kitty Paine
Forum Resident
THANKS POST

Thanks so much. I hate looking at the toddlers dresses and skirts when they sit. <3
linna2008

Quote:
Oh right! Sorry about that! ^^"
And sure, take your time! s2
Sorry for my English!
Jaguwar
Field Researcher
THANKS POST

I am so glad you picked this up, I have been really missing this in my game.
Wow, it's beautiful outside. I should probably do something....


Like close the blinds on my window so there isn't a glare on my computer screen.
zanesaaomgfan
Lab Assistant
THANKS POST
#11

Johna's mod because outdated because it caused glitches after the pets release. It made Sims load upside-down and things like that. Thanks for this.

Is this compatible with 1.39?
spagtscully

If you read the compatibility section you'll see it says it works for 1.38 and up. That would include the latest update.

As far as I can tell from the coding, the soonest it might be affected is when Seasons comes out and I'll try to make sure it's working then too...

Thank you to everyone for all your wonderful support in me at trying to keep this going.

is it compatible with 1.50?
electrifys
Test Subject
#16

i cant find the link either !!
icookiiies
Test Subject
THANKS POST
#18

does this work with supernatural
daniellemarie2011
Test Subject
THANKS POST
#19

I really want to download this but there's no link!

where is the link I really need this mod!

Quote:
yeah i have no link either and nor do heaps of other simmers