by HugeLunatic Posted 6th Dec 2012 at 12:29 AM - Updated 4th Dec 2012 at 1:55 AM by HugeLunatic
35 Comments / replies (Who?) - 6 Feedback Posts, 19 Thanks Posts
Picked Upload! This is a picked upload! It showcases some of the best talent and creativity available on MTS and in the community.
Love a slice of pumpkin pie? Now your Sims can too! All new pie dish to bake for dessert. Skills required are the same as the Berry Pie. 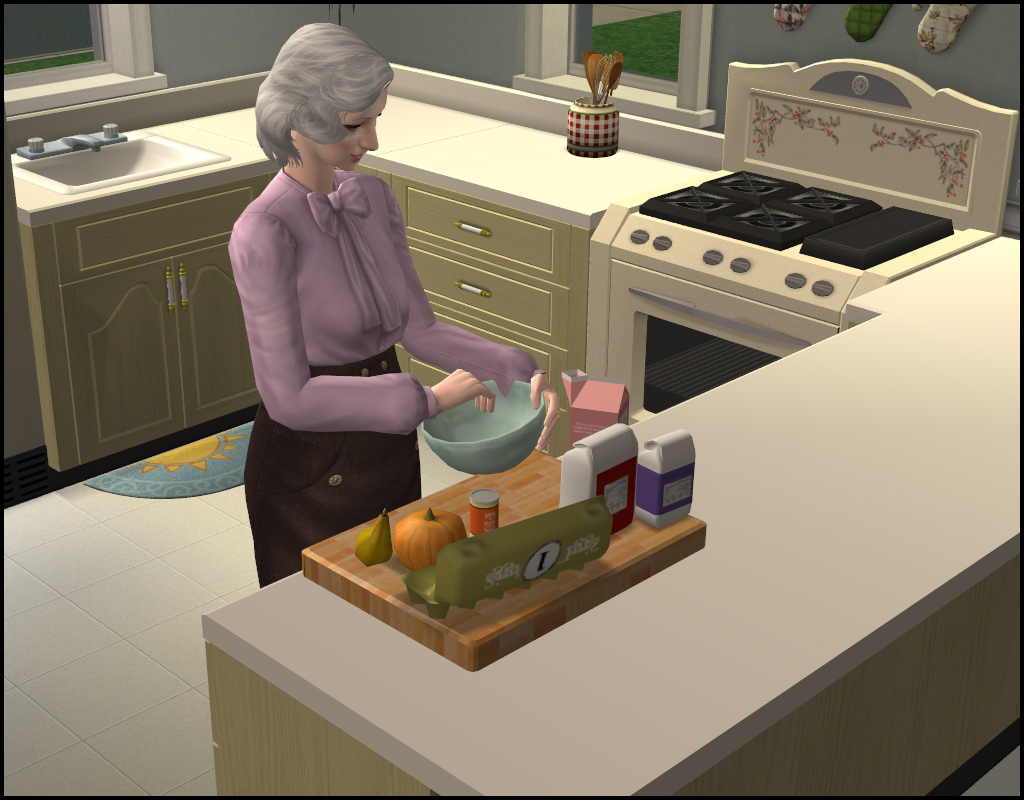 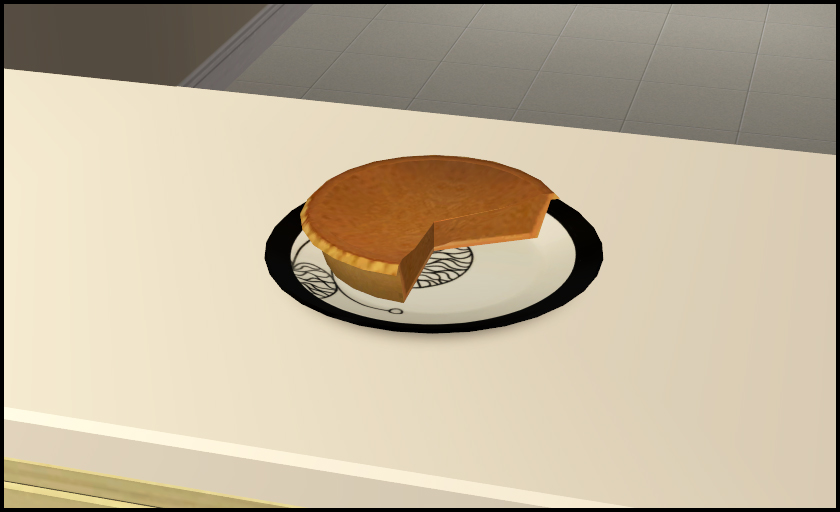 Polys
Most subsets are the same as the original, the two marked with * are different.

Back to download view
35 Comments / Replies (Who?) - 6 Feedback Posts, 28 Thanks Posts
Hide Thanks Posts for this thread (Show only feedback)
Page 1 of 2
mac
Scholar
THANKS POST

Hurray for the Pumpkin Pie!
LastFlowers
Test Subject
THANKS POST
#3

I was just about to ask someone to make this. Thank you so much, HL!
CheekyBugga
Lab Assistant
THANKS POST

MMMM Yummy I love Pie! hopeless at making it.My Sim's will love it Thank You!
raiderwife25
Lab Assistant
THANKS POST
#5

YUMMO! I absolutely love pumpkin pie and my Sims will too! How creative and awesomely delicious!!!
Katya Stevens
Scholar
THANKS POST
#6

Don't like pumpkin pie myself, but my sims will love this

I love pumpkin pie! It's perfect for the holidays so thanks, and I'm so glad you learned/decided to share food!
MacApple
Field Researcher
THANKS POST
#8

In all the years I've owned the game, this is my first custom food DL. Gotta have pumpkin pie to go with the (in game) turkey. Thank you!
sweetbaby160
Scholar
THANKS POST
#9

Just to be clear (cause I'm a knob) it doesn't overwrite the berrypie? If not I'm really excited to use this! It's fab & I have a sim running a bakery who has been in dire need of a new menu item!
shastakiss
Field Researcher
THANKS POST

Look at the cutting board's little pumpkin! This might be my first custom food download too, thank you

Awesome work on this! I love pumpkin pie, and now my Sims'll want some for the holidays, too!! I can't wait to add this to my game! Thanks so much for sharing!

Nope! All new GUIDs so it doesn't overwrite.
DominoPunkyHeart
Lab Assistant
THANKS POST

FINALLY! Someone with brains to make a pumpkin pie. Thank you! Great textures too. Looks virtually good enough to bite my laptop screen.
CatOfEvilGenius
Not actually evil.
THANKS POST

I love pumpkin pie. Too much. This not only looks great but you gotta love that it's functional.
sgarciazzy
Lab Assistant
THANKS POST

I love pumpkin pie!!!
Simonut
Meet Me In My Next Life
THANKS POST

I want what I want lol and that is a nice "Pumpkin pie" now I have to make my Sims save me a slice. Thanks you for sharing

good for my sims! And for me haha!
NikolajDeluke
Banned
THANKS POST
#20

Actually no, I hate pumpkin pie.

Thanks for the upload.
deerparker
Test Subject
#21

I thought it came with OFB so that you could 'make many' at a business, but I could be wrong? I have all the EPs & Stuff Packs except the Holiday pack, so I'm not sure...
MsSpidersMom
Lab Assistant
THANKS POST
#24

Thank you so much for sharing, your hard work is much appreciated :-)
humming-fli

I've had this sort of problem with some other downloaded foods, I know for sure is these doughnuts show up as "Lunch Meat Sandwich" and there's Fish & Chips by the same creator which show up as/replace Salmon, but also show up as Fish & Chips, so not sure what's going on there.

They used to work fine when I just had up to seasons installed, and I'm not sure which EP broke them (most likely FT) but I have all EPs now and I just deal with it, I guess?
Just a lurker lurking through... mostly.

Sometimes I'm more interested in Sims than others, so I tend to disappear and reappear at random.