by CannotThinkofaName Posted 21st Apr 2013 at 6:43 PM - Updated 26th Apr 2013 at 1:09 PM by CannotThinkofaName
13 Comments / replies (Who?) - 4 Feedback Posts, 9 Thanks Posts
Note: Some of Dongmei's clothing/traits/favourites/etc. require the World Adventures EP - I believe they'll just be substituted for something else or left blank if you don't own the EP, however.

Also, sorry for the...err, uninspired screenshots, I'm still learning how to use the camera lol 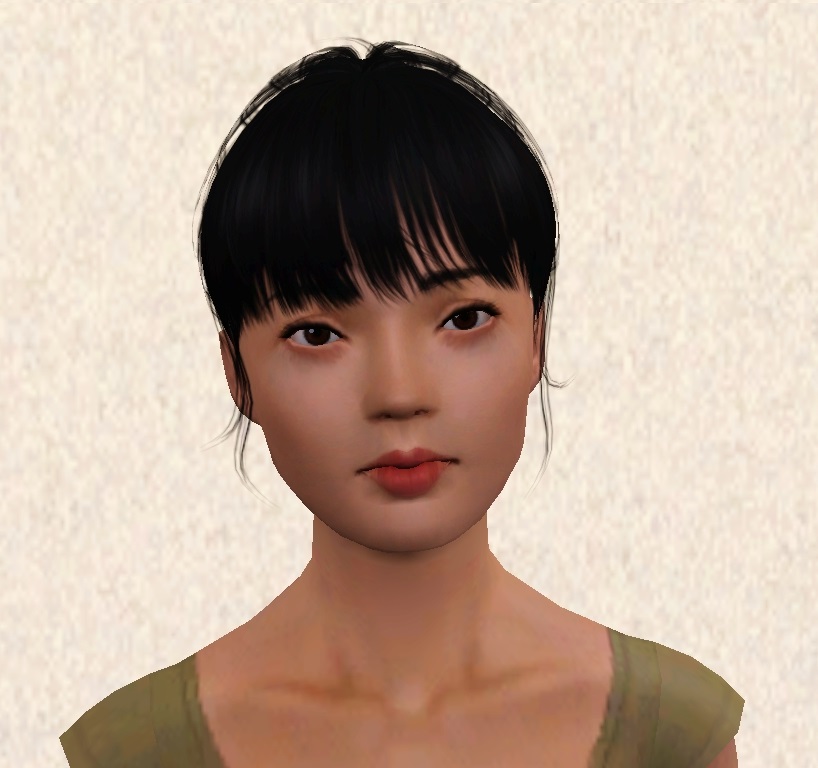 Hailing from Shang Simla, Liu Dongmei spent much of her childhood hopping from country to country due to her father's career as a high-ranking politician which required the family to travel around quite a bit. It is during these seemingly chaotic early years of her life that Dongmei developed her passion for travel and adventure, and the dangers she occasionally encountered in these foreign lands helped to harden her up enough to become a true explorer.

When she was a young adult she settled in Sunset Valley, following in her father's footsteps by joining the political career. However it wasn't long before she became tired of being stuck in this quaint little suburb where the biggest mystery was what in the heck happened to Bella Goth, so, grabbing her suitcase, passport and a big sack of Simoleans she had saved from those long hard days of polishing podiums, Dongmei said a cheerful goodbye to her coworkers and set off to travel the world.

One thing you should know about Dongmei is that, as pretty and innocent as she may look, she certainly doesn't fit into the screwed up "delicate lotus flower" stereotype. She may have been raised in a faith that preaches peace and tolerance...But this won't stop her from using her blue belt to kick your unenlightened behind if she feels it necessary!

Having grown up an only child, both because of China's one child policy (which doesn't seem to apply in the game but bear with me here--) and her parents being "too busy" to give her a sibling, Dongmei was often lonely as a child and always longed for a brother or sister to be her little adventure buddy, always with her no matter what country she was in. Because of this she plans to have many children once she meets that special someone and finally settles down in one country, so her offspring don't have to feel the same loneliness and isolation she did growing up. 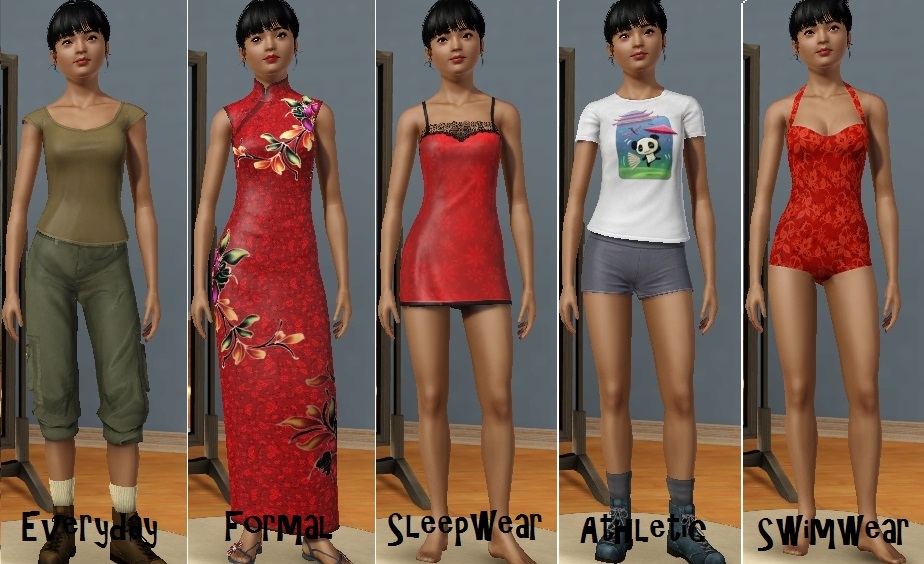 Dongmei is, of course, packaged with default...uh, everything. However if you want her to look exactly as she does in the above pictures, you'll have to download the following -

You will also have to download Wotjek's From Chin to Neck Slider http://linna.modthesims.info/download.php?t=489289 if you want to edit Dongmei's facial features.

Note: The reason why I call her "the heartthrob of Shang Simla", by the way, is because, as you'll soon notice if you keep her traits (and have a fairly recent patch for your game - I forget which), every male Sim in Shang Simla seems to find Dongmei attractive...which unfortunately includes those who are married .///.


Additional Credits:
A special thank you to FREEDOM_55 and SimmyRN for replying to the feedback thread and helping me to improve Dongmei's appearance :D
Tags: #Chinese, #Asian, #East Asian, #Shang Simla, #World Adventures

Back to download view
13 Comments / Replies (Who?) - 3 Feedback Posts, 9 Thanks Posts
Hide Thanks Posts for this thread (Show only feedback)
Honey32
Field Researcher
THANKS POST

I found another site with the same dresses that she links from her blog. It's also all in Chinese, but the download links are the orange links right under the images of the dresses. (The one on the left is for a package file, the one on the right is for a Sims3Pack file.)

I'm just letting people know, because if I had trouble figuring out how to download from that first site, others might as well. Since she links from her blog to that site, I'm assuming she is either directing people to go to that site for the dresses, or she has some other affiliation with them.
claudiasharon
Top Secret Researcher
THANKS POST

So pretty, I love her!
fxchrfxchr
Instructor
THANKS POST
#5

"I don't know what would happen if you don't own the EP, so download at your own risk !"
Not very "risky" as the Sim would have only 3 traits instead of five and for the rest the game should substitute something else, I believe

.
She is a very attractive sim - thanks for sharing her!
Wollverine
Test Subject
THANKS POST
#6

...My life is going to be so much easier now I know that site exists--

Anyway, I'll add it to the post - thank you!
CannotThinkofaName
Test Subject

Really? I remember somebody saying that downloading a Sim without the required EPs can cause the game to crash. o_o Oh well, I must be wrong then, I'll edit the post. And no problem, I'm glad you like her :D
sharnyay
Test Subject
THANKS POST
#10

Thank you so much for makes her lightly tanned. Because, apparently some simmers don't know that there are tanned, brown and dark asians.

She's beautiful! Her face is wonderfully sculpted and her eyes are just perfection. Great job!
joninmobile
Banned
THANKS POST

A very pretty sim. Thanks!
Yoshiiteza
Lab Assistant
THANKS POST

this so cute thank you