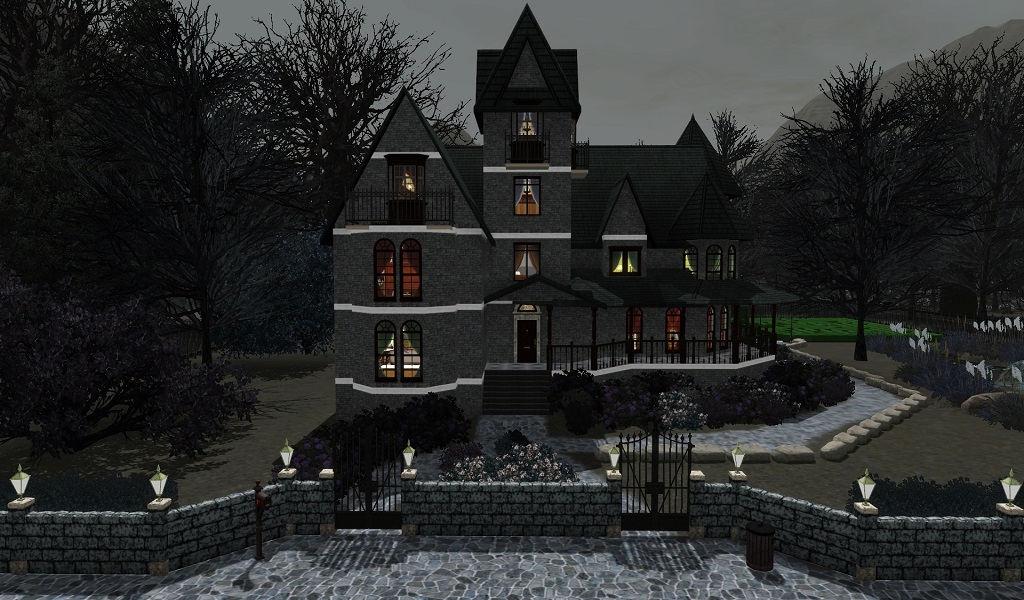 Mystic Manor is a Victorian style mansion that would make an excellent addition to the Midnight Hollow world. The mansion was inspired by the Carson Mansion with an added dark feel to the exterior. No expansion packs were used with this lot. You will just need Midnight Hollow to be able to run the lot correctly. 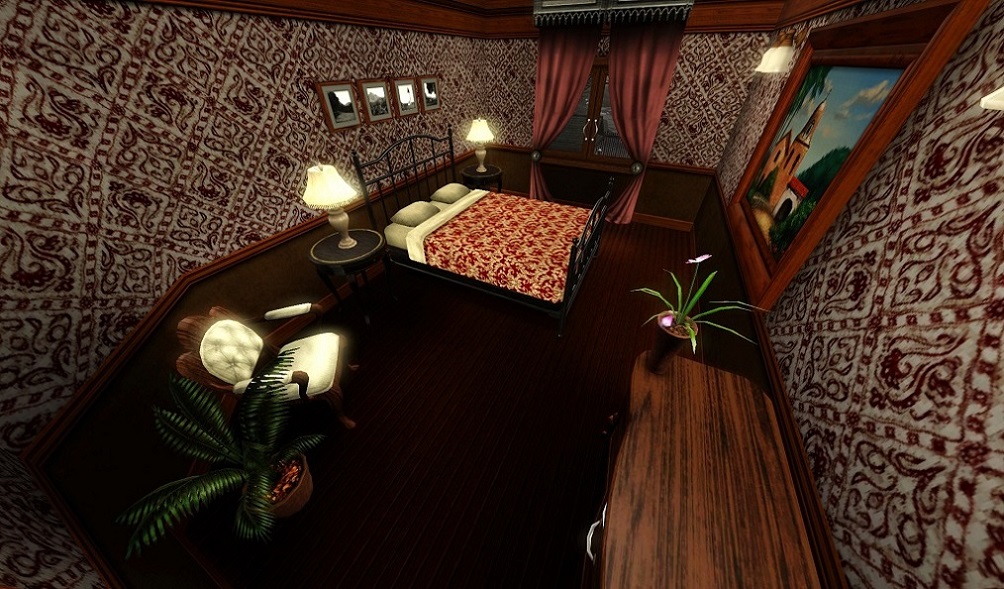 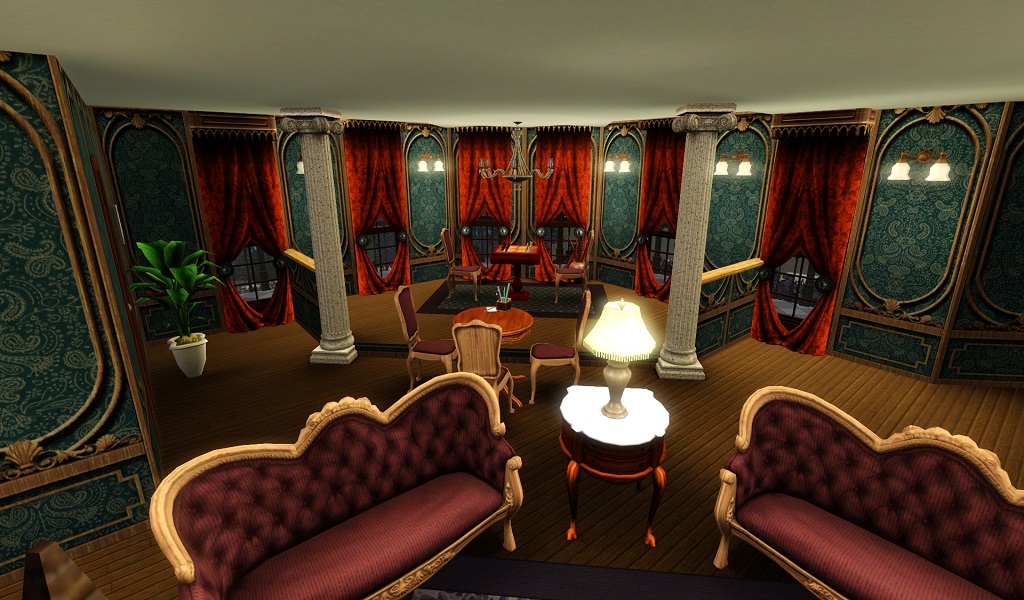 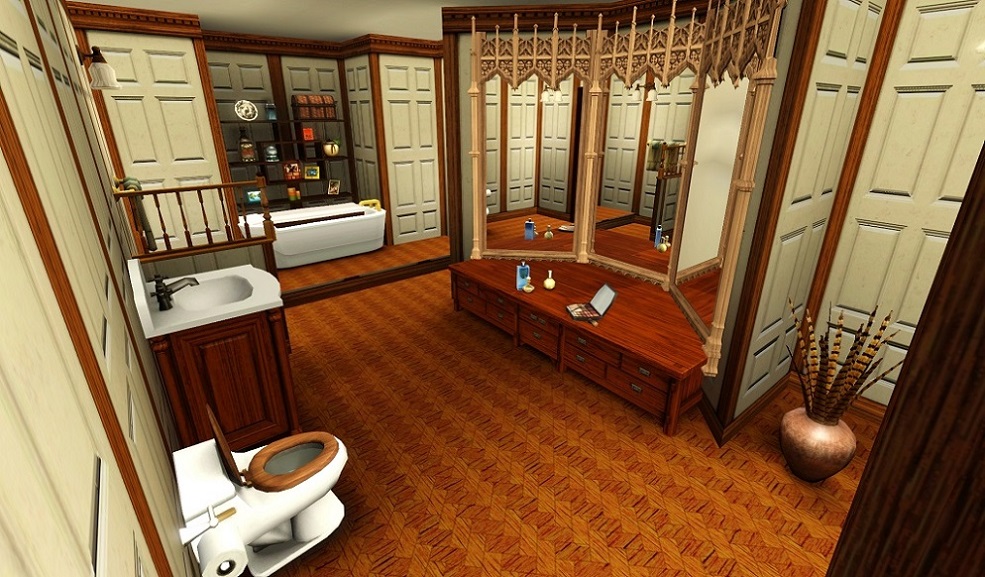 Built with Game Version: 1.57.62.02
Key: - File was updated after upload was posted
Need help with downloading or installing content? Click this link!
Don't forget to Thank the creator after downloading! Use the Thanks button located above the screenshots above.
Quick Guide:

If you need more info, see Game Help:Installing TS3 Packswiki for a full, detailed step-by-step guide!
Back to download view
30 Comments / Replies (Who?) - 5 Feedback Posts, 23 Thanks Posts
Hide Thanks Posts for this thread (Show only feedback)
Page 1 of 2
Train_guy
Field Researcher
#2

Well, I'm working on another Victorian-style mansion with the same name!
Mandy226
Test Subject
DELETED POST
20th Oct 2013 at 4:02 AM

This message has been deleted by Mandy226.
Mandy226
Test Subject
THANKS POST
#3

Fits perfectly with Midnight Hollow without being to creepy or weird looking. <3

This house is beautiful! Must have taken ages to build it just right. ^.^
yadarya
Field Researcher
THANKS POST

I have been looking for something like this, thank you! I'm planning on moving the Goths in. :)
Occultine
Lab Assistant
THANKS POST

I love the details of this mansion, and even though I don't usually use big houses in my game, I might try with this beautiful one !
bostonflower
Test Subject
#8

I'm wondering if someone could tell me, I see that this includes custom content from the EA store - will it show up in the game even if I don't buy it/pay for it?
LosingTimeImperative
Test Subject
THANKS POST
#9

OMG! Thank you for this. I have vampire Sims and I can never find anything with a nice darkness, not too dark, plus Victorian style. This is perfect! I needed this. My Sims and I love it.
Manokia
Test Subject
THANKS POST
#10

This is amazing and super detailed. Thanks for sharing! <3
Theshewolf
Test Subject
#12

No, it doesn't 'include' the content. It only uses it. You must have the content previously installed or it will not show up.
meglovescows
Test Subject
THANKS POST
#13

This house is beautiful!

When I saw the name, Mystic Manor, and the general design of the house, one thing came to mind: "You actually based it on the mansion in Scooby Doo! Night of 100 Frights?!!?"

When I read the description, I realized that you didn't, but the exterior I think does bear a striking resemblance, especially when viewed at the same angle as the first photo that you have. Also, the name that you chose is the same as the mansion in that game.

If you don't know what I'm talking about, this is the mansion from Scooby Doo! Night of 100 Frights: I've been tempted to try and replicate the mansion in that game, but I find that it would be too difficult, the interiors don't add up to the exteriors.

Nice job, personally, I don't think that I could have done better, my work kinda sucks :P
There is nothing to see here. Move along.
exdeath06
Test Subject
#15

cool, i will give it a try

Thank you very much for this mansion. I was hoping for more Midnight Hollow material. Is there any chance you might add Midnight Hollow to the title somewhere? I am adding this one to my world immediately. Thanks again!
joyachan
Test Subject
THANKS POST
#19

I just can say WOW.... that really look great
Guest
THANKS POST
#20

I'm crazy about the garden !!! Thanks ^^
London Kirkland-Bonnefoy
Test Subject
THANKS POST
#23

This is so beautiful. Thanks
anankara
Test Subject
THANKS POST
#24

brilliant thanks for upload
atlantis0211
Test Subject
THANKS POST
#25

This house is beautiful! Thanks for sharing!