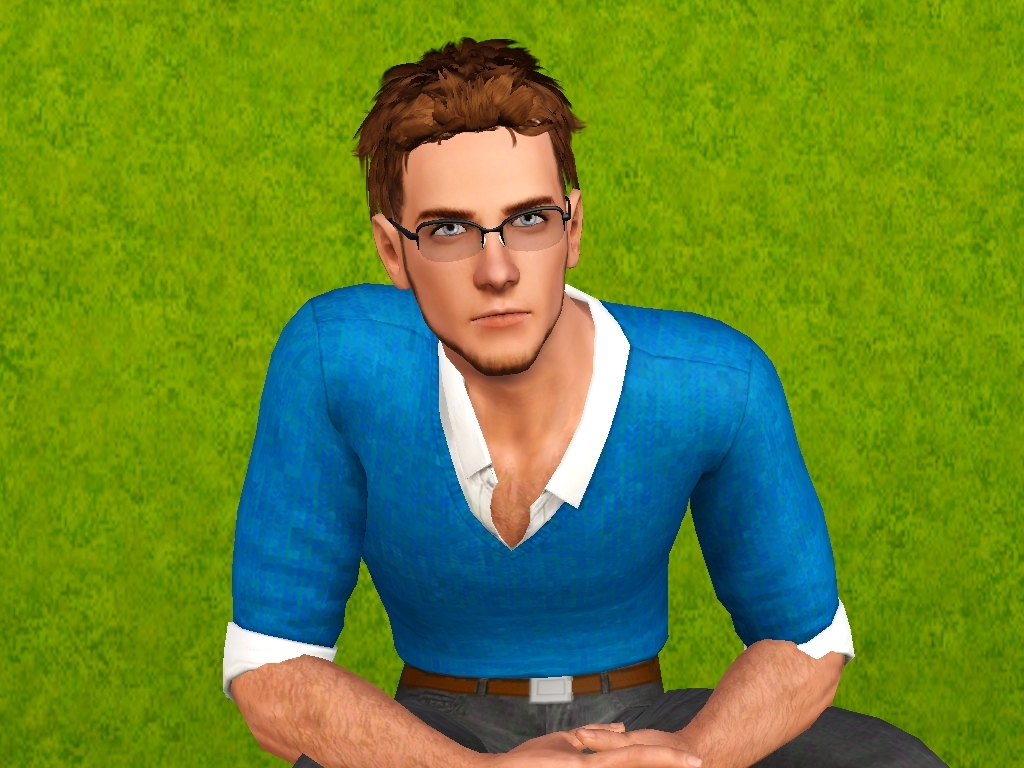 Gadgets, gizmos, and whatchamacallits. Ian was always tinkering with something. This wouldn't have been a bad thing, except for the fact that growing up, he was as clumsy as all get out. This didn't bother him too much, though, nor did it bother his parents, who were avant-guarde decorators, and thought that the "scorched tile" look would be the next big thing. After a few explosions, (and after his eyebrows grew back) he got an entry level position at the local Science Lab, where he received plenty of recognition for his talent and drive (and, by many, for his good looks). 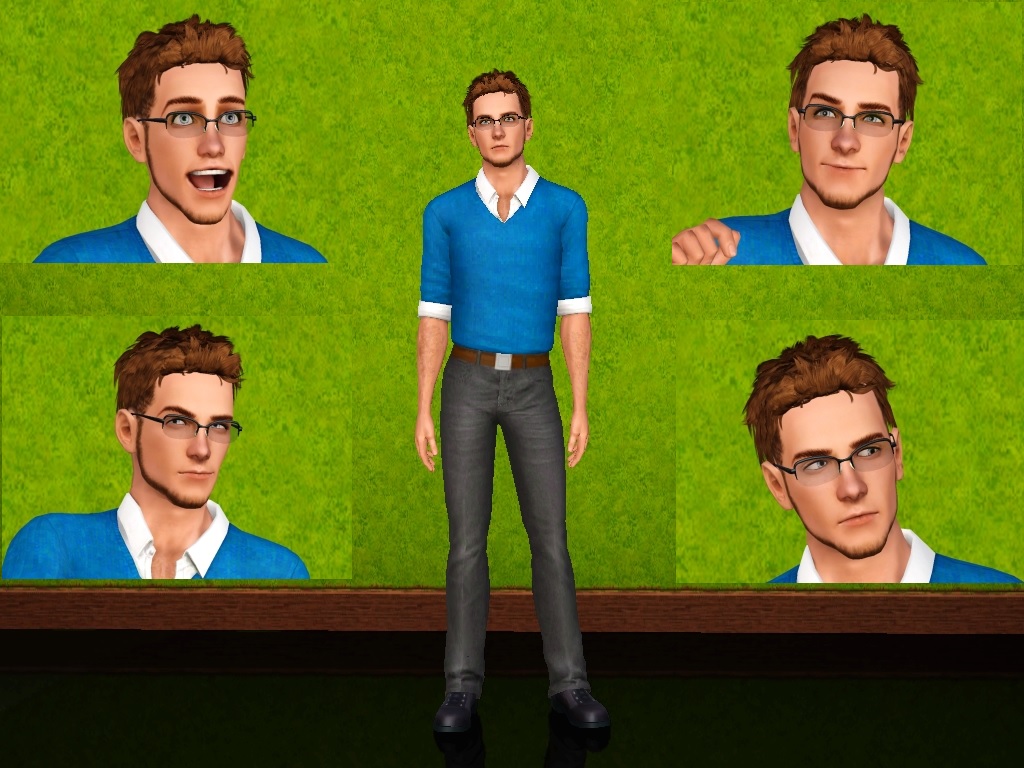 Ian is nicely suited for makers of simbots, plumbots, or any of the Science careers from University. 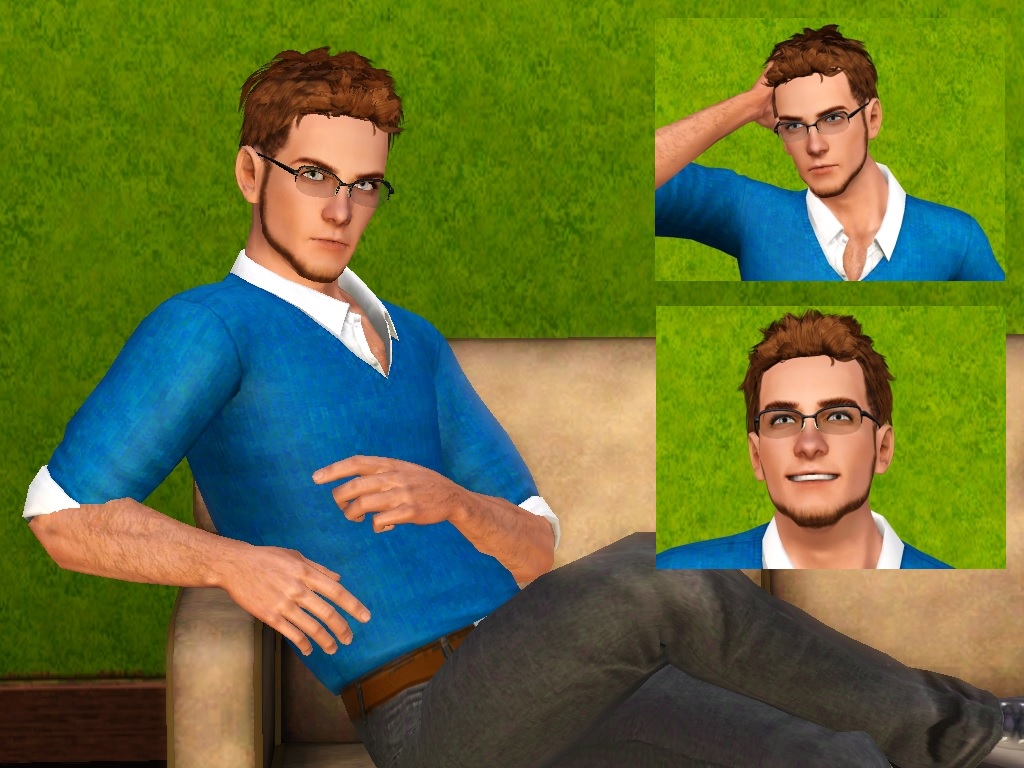 This Sim is packaged with a Default Custom skin, from Navetsea's Blog "Sexy" version.

Though you can barely see it in the pictures, Ian also uses the Custom Chest Hair by TummyZa.

This Sim was made with Master Controller installed, with slider ranges at "3". Altering his looks without a range hack installed will snap them back to default range values.

Brow Depth Slider by awtmk
Chin and Jaw Width Sliders, Outer Brow Slider by ahmad (bella3lek4 of MTS) *not the creator's site, as it seems to have been taken down*
Tags: #male, #Science, #handyman, #genius, #cute, #handsome, #Butch

Back to download view
22 Comments / Replies (Who?) - 3 Feedback Posts, 16 Thanks Posts
Hide Thanks Posts for this thread (Show only feedback)
k2m1too
Instructor
THANKS POST

Well, isn't he just a cutie-pie! Thanks for sharing him!
othiym28
Field Researcher
THANKS POST

I wish people would go for your aesthetic in designing male sims rather than the vacant-eyed pouty tumblr pretty boys. Been waiting for this guy since you posted a pic of him on your FB. All of two days, yeah. Damn long two days, though.
FzzyDg8

You certainly took the words right out of my mouth, k2m1too!

, and thank you for sharing Ian.
ButchSims

Quote:
Ha ha, that's actually why I started making sims in the first place, everything seemed geared towards poofy models or anime types, and while I have nothing against them in general, I wanted something else. And yeah, those two days were sooo long!
Visit my blog, ButchSims!
Check out my Modthesims Yearbook!
marcusprime
Lab Assistant
THANKS POST
#6

As always, thanks for the hot sim!
lewisb40
Mad Poster
THANKS POST

You gotta love a hot man in glasses.
EshaPaul
Lab Assistant
THANKS POST

He's the hottest thing I've seen today.. Or pretty much ever. Thanks~!! :D
James_Lionheart
Test Subject
THANKS POST
#12

This message has been deleted by voxels.
bellakenobi

I just can say "Hello, sweetie!" for your sim <3
Thank you!
9b8ll
Scholar
THANKS POST

He is a pretty handsome Sim. Thanks for sharing. :)
icyhugs
Test Subject
THANKS POST
#15

Jesus. I wanna fudge this sim so fudging haaaaard.
ButchSims

Vogel, I have no idea why it is doing that in your game, as it is just a simfile, and should work. The only things I can think of is A) you don't have the sliders installed or B) you may have forgotten to extract the file from the zip first. Other than that, I do not know.
Visit my blog, ButchSims!
Check out my Modthesims Yearbook!
slugclubber
Test Subject
THANKS POST
#18

This message has been deleted by Jokerine.
mollylovesotis
Test Subject
THANKS POST
#19