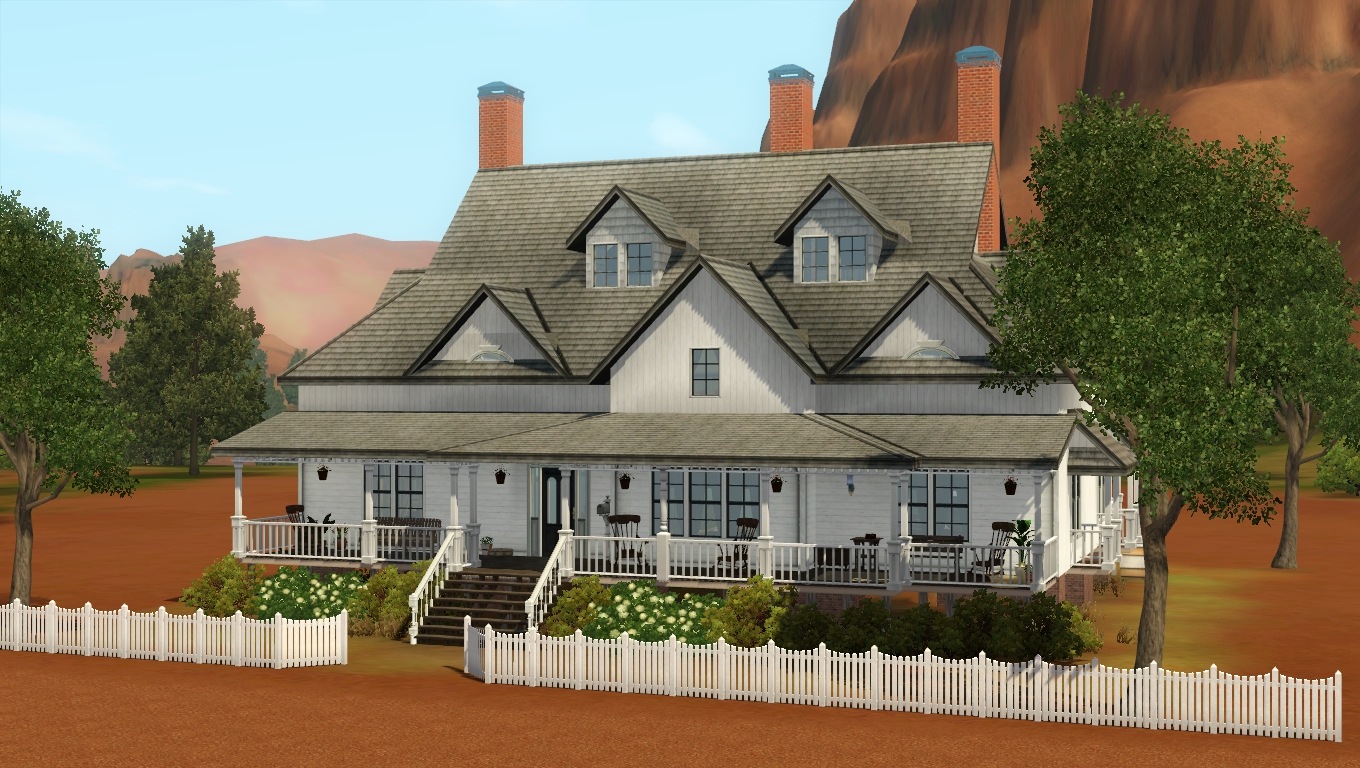 Jefferson Cottage is a southern 'cottage' in the Folk Victorian style, inspired by the facade of a rather unfortunate home in Jeffersonville, GA. 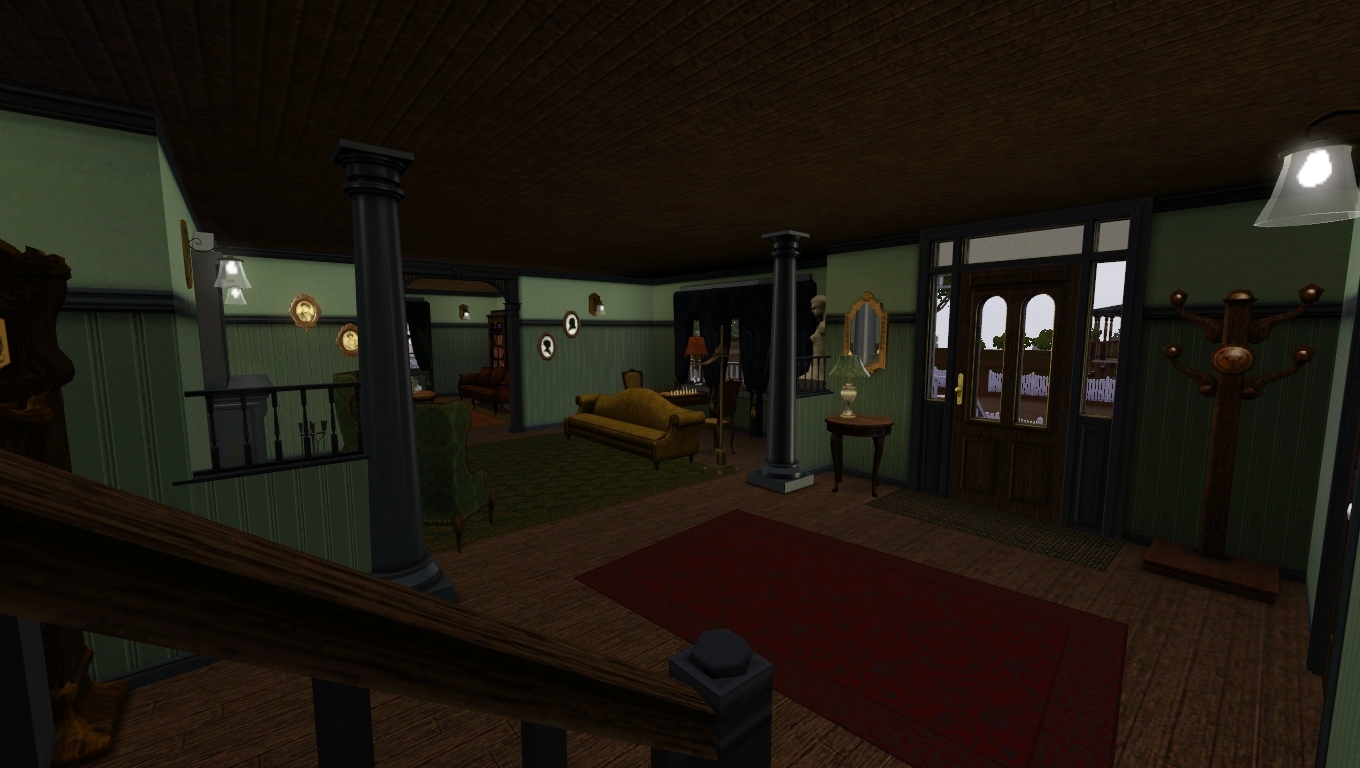 My version is rather large inside and boast a richly coloured late-Victorian interior, dark enough to keep relatively cool on a hot summer's day. 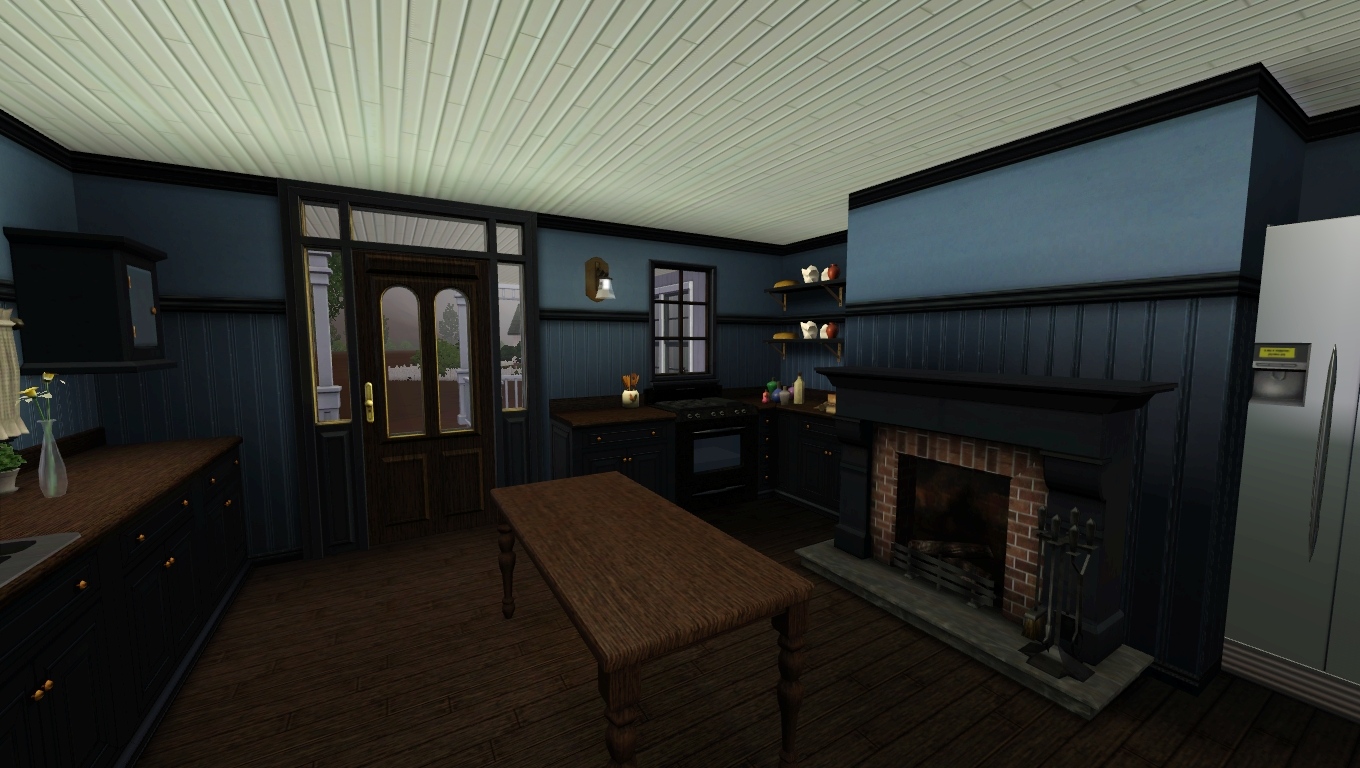 Lot Info:
The house was built on a 30 by 30 lot costing 183,218 simoleons furnished and 93,022 simoleons unfurnished.
All of the fireplaces have been upgraded to fireproof. 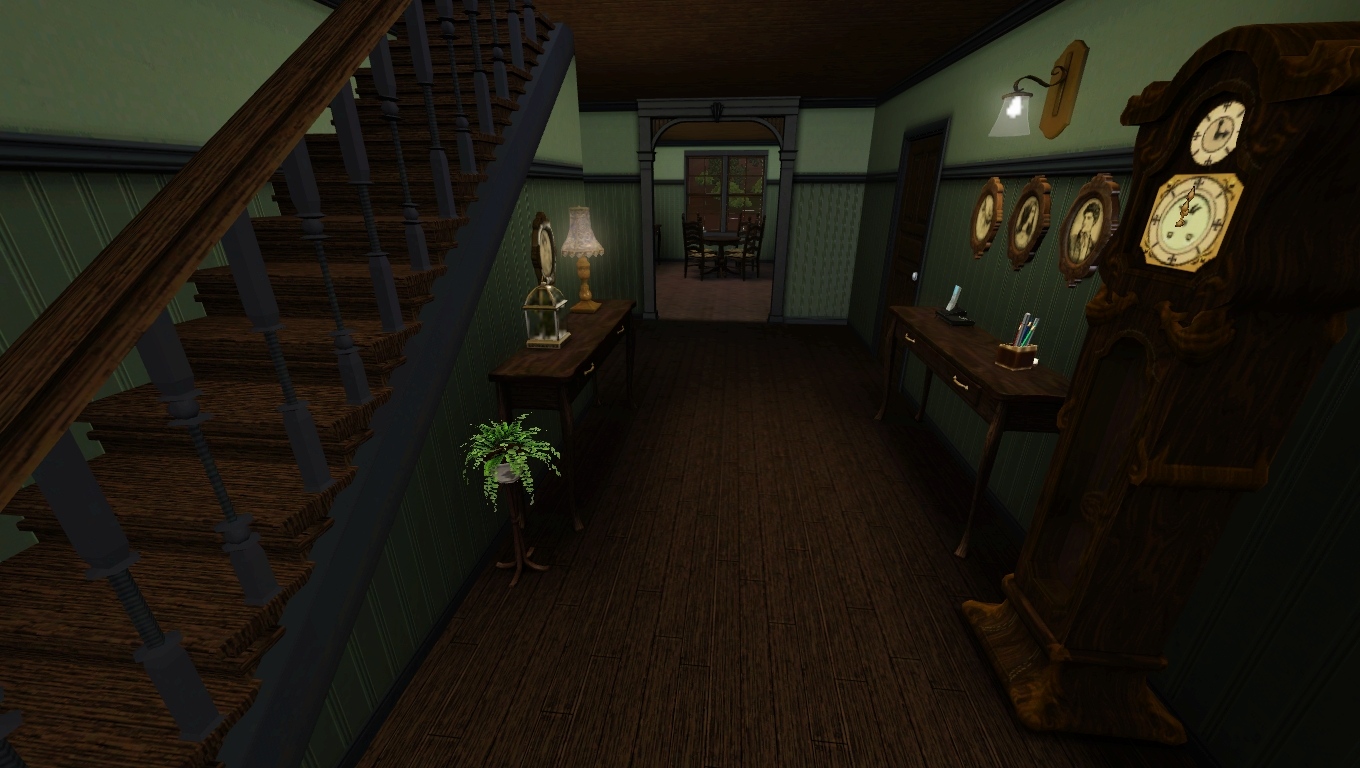 It was built and pictured in the Sims 3 Creators' Consortium world the Wild Wild West. I cannot recommend that world enough. It's so gorgeous.
As usual, I hope you will enojy playing this lot as much as I have, and if you have any issues, please let me know.

If you need more info, see Game Help:Installing TS3 Packswiki for a full, detailed step-by-step guide!
Back to download view
14 Comments / Replies (Who?) - 5 Feedback Posts, 8 Thanks Posts
Hide Thanks Posts for this thread (Show only feedback)
EverettJames
Test Subject
THANKS POST
#2

Ooh it for some reason reminds me of the home that the crazy people lived in in "Texas Chainsaw Massacre". Very nice!
scoopy_loopy
Field Researcher
THANKS POST

Quote:
Lol, I kinda see what you mean now that you've pointed it out... Oo! What world map are you using?
Ferguson Avenue

Quote:
Oh, how careless of me, I completely forgot to mention that it was pictured in one of my most favourite worlds; the Sims 3 Creators' Consortium world: Wild Wild West. I cannot recommend that world enough. It's so gorgeous.
TudorMan23
Forum Resident
THANKS POST

This is absolutely stunning! from the porch to the smallest of details! How don't know how you do it each and every time! Well done!
Ferguson Avenue

Quote:
Thanks! It takes time and practice. I had to redo the roofing more times than I would care to count

I know I criticized about how large this build had gotten, but it is very nice. You create such a wonderful encapsulating mood with your selectively lit interiors, both mysterious and comforting. The dark (gray-ish) trim on the main floor is a such great detail.
triciamanly
Alchemist
THANKS POST

Your houses always inspire the imagination. I would create a rugged sim family with lots of horses to maintain this frontier outpost.
TJane898
Test Subject
THANKS POST

You are my absolute favorite Sims 3 lot creator. I adore historic homes and I'm really picky about layouts and realism, and I always know I'll get what I want in your lots. Please keep making them! Maybe some more New Orleans-style homes? I've yet to see a shotgun cottage I really like for this game. I'd LOVE to see your rendition of the houses in American Horror Story Season 1 and Season 3 (Murder House and Coven), and the house in Practical Magic. Many thanks for all the lovely creations you've done!
Ferguson Avenue

Quote:
Thanks, as you can tell, I'm also very picky about interior layouts, I just don't do open-plan living. I can't say that I've ever attempted a shotgun style home, but now that you've mentioned it, I'll certainly add it to the top of my ever-extending 'to-do list'.

Quote:
Those are some of my favourite homes, although getting the interiors to marry up with the exteriors for on-screen homes is difficult; with the murder house (a.k.a. the Rosenheim Mansion) they pretty much stuck true to the original, so this one wouldn't be too difficult to do, but with the AHS Coven house, (a.k.a. the Buckner Mansion ) the on-screen staircase eats into space that is in real life occupied by the back porch and service wing, so I'd want to go for the real life appearance. Then the Owens' house is one I've adored for many years and is a dream home in more than one sense; the internal set and the external sets just don't marry up, particularly with the staircases, which is something I tried to overcome years ago when I first attempted to recreate it, the other issue is that the game doesn't allow enough stories to fit the tower in, even without any additional compressed levels required for the CFE staircases, which sucks, but I am going to attempt to recreate the house from the original book, and see if I can give it some magical flare.

I can't wait to see what you come up with next! I SO hear you on the darned Practical Magic house... I've tried mocking it up myself and managed to give myself a huge headache. Rosenheim Mansion I've had more success with but the arched ceiling (in Violet's room in the show, for example) is a bit beyond me, although I'm pretty sure it's something that can be done. I've also tried my hand at the Amityville Horror house more than once... it's just for my own game but right now I'm using someone else's attempt as a base and then trying to combine elements from the house as it was in the 70's and how it is today. The odd layout of the boathouse/garage drove me crazy for a while but I'm slowly getting there!