by CarlDillynson Posted 2nd Jun 2016 at 5:48 AM - Updated 2nd Jun 2016 at 5:58 PM by CarlDillynson
10 Comments / replies (Who?) - 2 Feedback Posts, 7 Thanks Posts
A beautiful farmhouse with three bedrooms and three bathrooms. Built by CarlDillynson, May 2016. I did something different this time and decided to furnish the house as my family got older, and this is the final result. Because it was all furnished as time went on, the price is lower than what it normally would have been, but that's not a bad thing. And YES, this is a replica of the Sims 2 version found in the Lots and Houses Bin.

The family I had in this house included Tony and Rebecca Clearview, and their two children. They bought this house shortly after Rebecca signed on to be Vita Alto's campaign manager for Governor of Sunset Valley. Rebecca's successful daycare allowed her to meet practically everyone in town, and thus become something of a minor celebrity. Vita knew this and thought Rebecca could be an invaluable asset to her team. She gave her an extra $30,000 as a bonus, which Rebecca used to move her and her boyfriend out of their small starter home and into the farmhouse you see here (the unfurnished version). While Tony would have preferred something more modern, he decided not to argue with Rebecca about it, and the two began their twenty year remodel. The exterior had been updated by the previous owner, but the interior needed some work. What began with just taking down a few walls eventually ended up with complete overhaul, including new paint, tiles, new flooring throughout, moving the fireplace and much more.

During this time Tony and Rebecca had got married and eventually had two children. Tony changed his career from a high level law career, to starting out at the bottom of the military, although he has now reached the top and is an astronaut. Rebecca has stayed in the political field and is now the Mayor of Sunset Valley. They had their longtime friend, Connor Frio move in with them after his wife (Holly Alto) died. He brought his daughter Emily, and the pair stayed with them for two years, with Connor leaving when he married his new wife, Morgana (Wolff).

I really wanted to make a house that expresses the personality of the family living in it, that's why I took the house piece by piece, with the kitchen being the first thing finished, to the guest bedroom being last (about twenty sim years apart). I think I succeeded and you can get a feel of the family who lived here! I hope you enjoy this home as much as I do!

There are two versions of this house here: one main, furnished version, and one unfurnished version. Differences between the two include the kitchen/dining layout, the extra yard details and the interior furnishings (obviously). While there are two pieces of custom content in this house (roof and a two-tile window) the rest of the house is BASE GAME ONLY! The roof isn't a huge deal, but the window is absolutely necessary to make the house look correctly.

Please Note: There is A LOT of terrain paint on this lot. If the house isn't facing in the exact direction I placed it then it will make the paint look about half a square off. This is unavoidable, at least to my knowledge.

With a little help of the Alto family, Tony Clearview and Rebecca Partwave could finally afford a respectable home. Although Tony wanted a more modern abode, he relented and never complained. While the exterior had been updated when the couple moved in, the interior left little to be desired. Fast forward 20 years and you can see the amazing transformation! In that time, the couple got married, had two children, continued their careers, and even had a friend and his daughter live with them for a while! During all those years, the Clearview's spent their spare time updating the interior of their home, and further landscaping the yard. This is the final result! The three bedrooms, three full bathrooms, garage, shed, large deck, fireplace beautifully landscaped yard and gorgeous interior furnishings show off the personality of the family living here, and the Clearview's couldn't be more proud! Built May, 2016.

The previous owner had just finished updating the exterior of this home when he died suddenly. As a result, the outdated interior could use some work. While not a bad house, some cosmetic updates and a loving family will be needed to really make this large farmhouse shine! Built May, 2016. 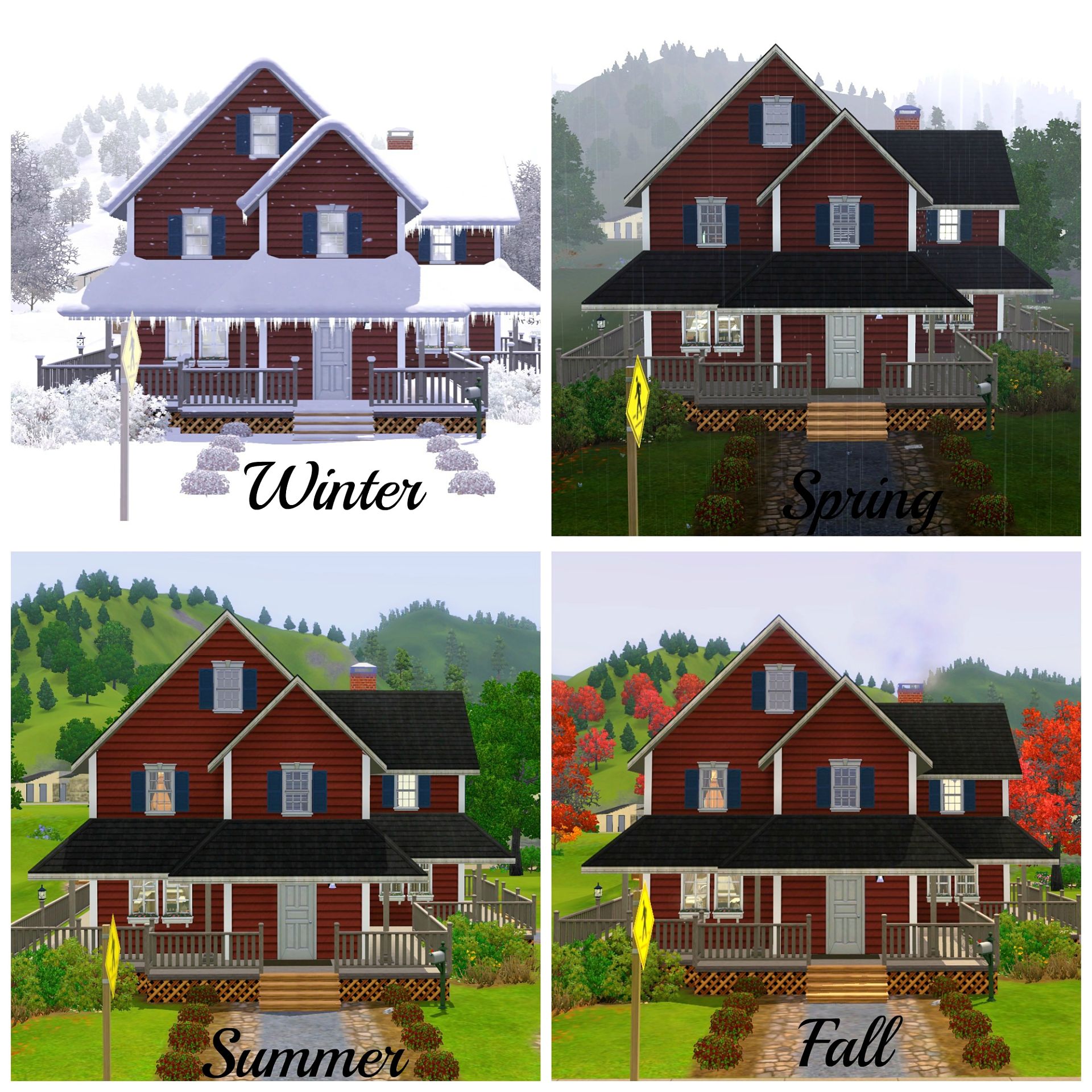 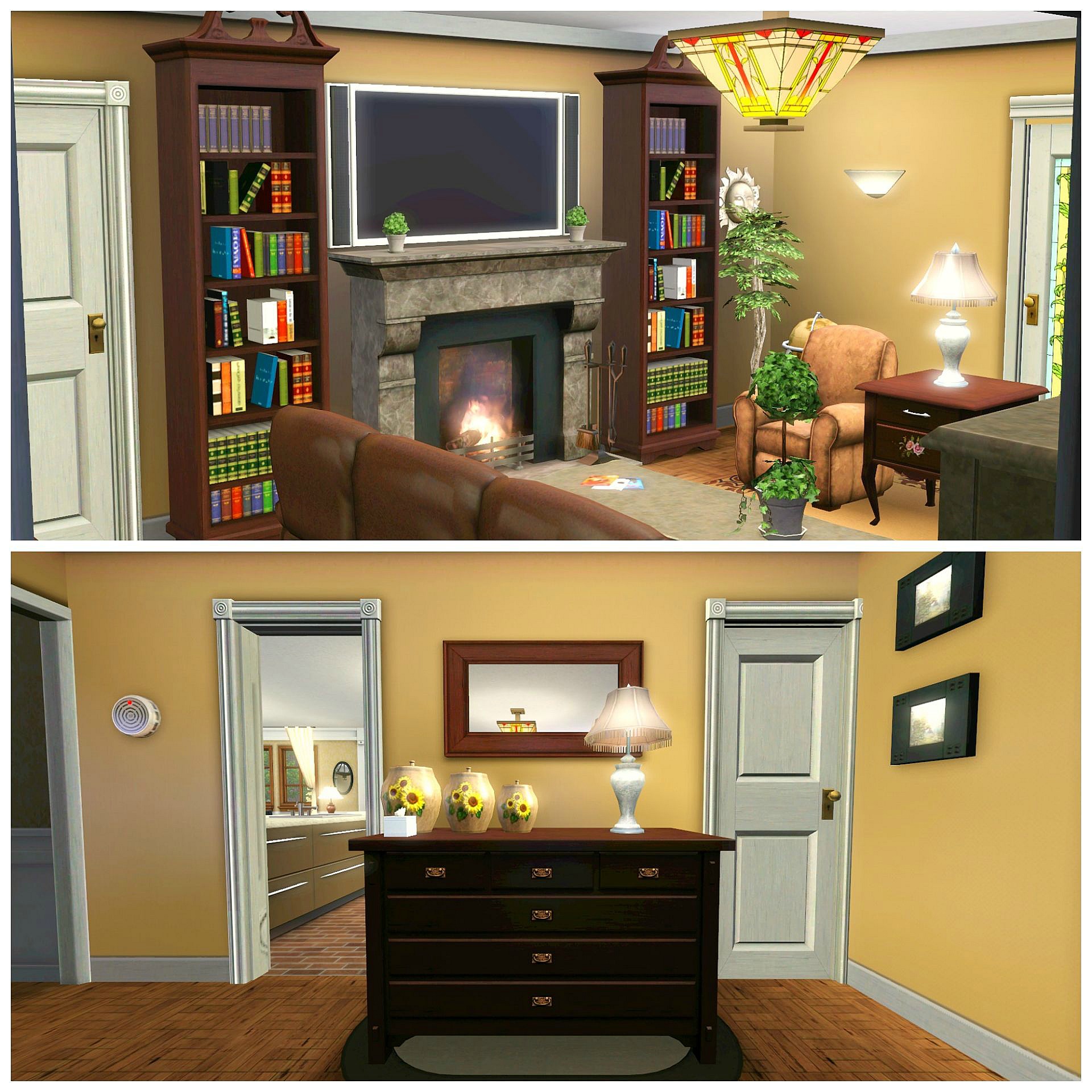 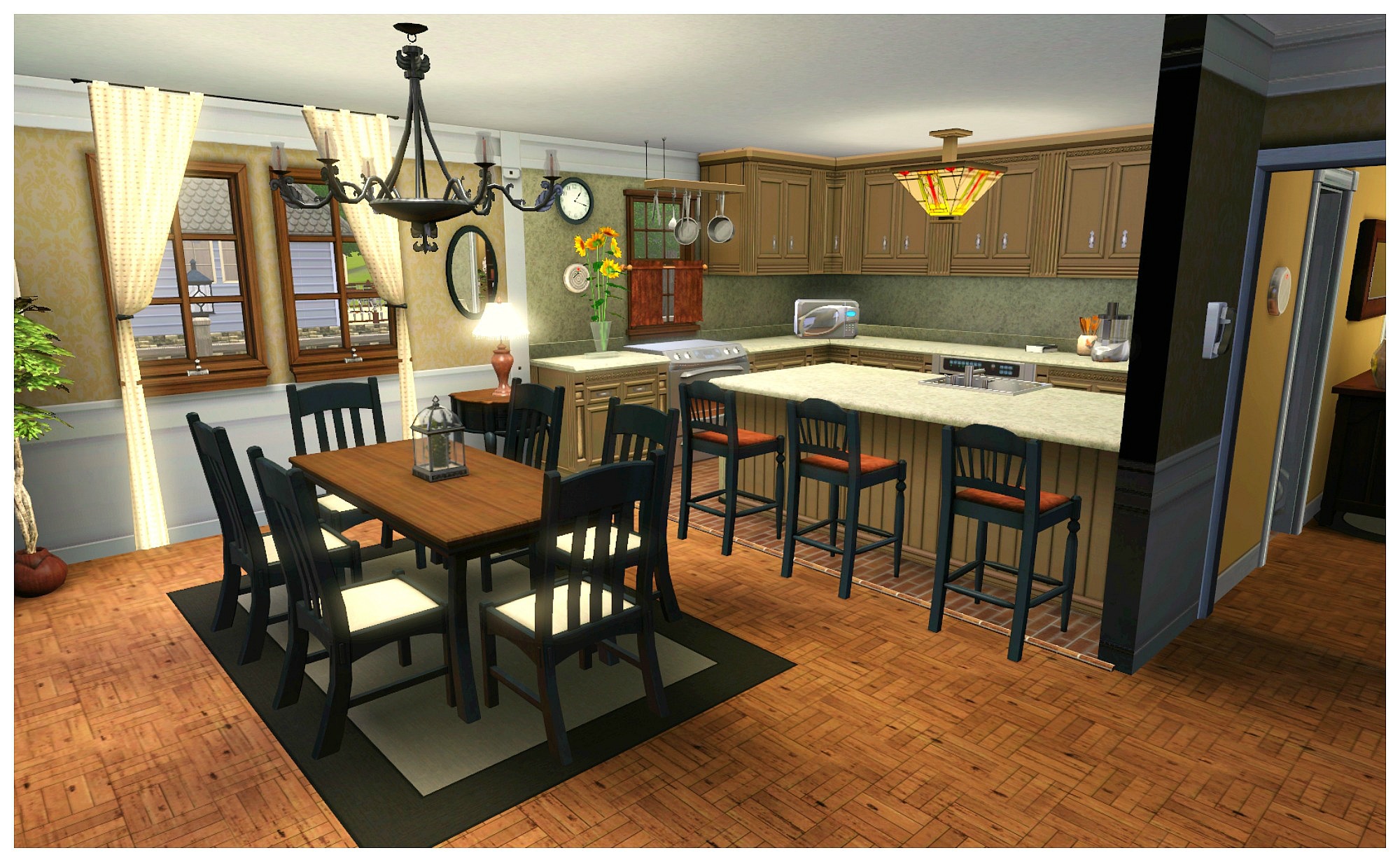 Built with Game Version: 1.69.43.02
Key: - File was updated after upload was posted
Need help with downloading or installing content? Click this link!
Don't forget to Thank the creator after downloading! Use the Thanks button located above the screenshots above.
Quick Guide:

If you need more info, see Game Help:Installing TS3 Packswiki for a full, detailed step-by-step guide!
Back to download view
10 Comments / Replies (Who?) - 1 Feedback Posts, 7 Thanks Posts
Hide Thanks Posts for this thread (Show only feedback)
Gingerxyz
Scholar
THANKS POST

I used to use this house so much in TS2! Love your remodel, especially the garden!
schweighsr
Lab Assistant

I loved this house in TS2 and always wanted to recreate it. You did a great job!
Thrilliah
Test Subject
THANKS POST
#4

This was my favorite house in the sims 2. Thanks a bunch!
Idgi
Test Subject
THANKS POST
#5

You have an amazing eye for design! So talented! Thanks for sharing!
CarlDillynson

You have no idea how happy you just made me! Thank you

I played this house so much in The Sims 2. Thank you for making this!
pnkrk666
Test Subject
THANKS POST
#9

This message has been deleted by JuhuLiA.

Any other home by CarlDillynson!