by Madhox Posted 9th Nov 2016 at 1:39 AM
14 Comments / replies (Who?) - 7 Feedback Posts, 7 Thanks Posts
This is a new mesh, and means that it's a brand new self contained object that usually does not require a specific Expansion pack (although this is possible depending on the type). It may have Recolours hosted on MTS - check below the description for more information.
Tall Order Cabinets Add-Ons 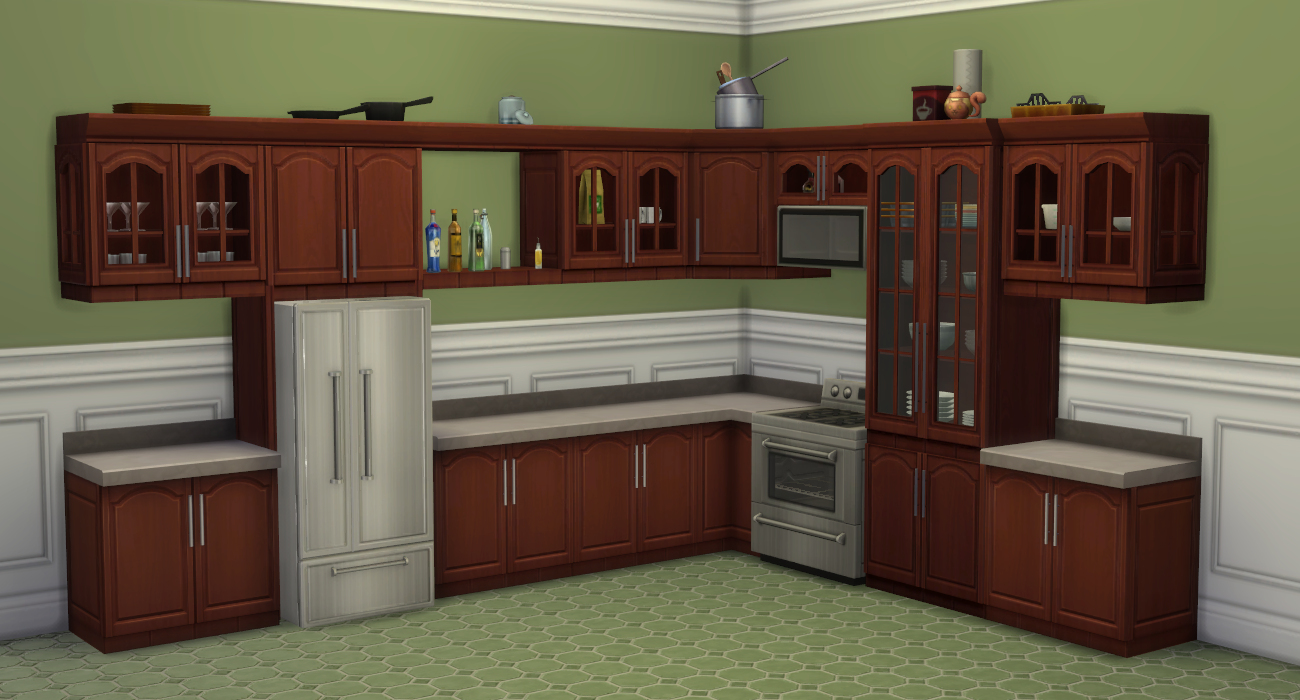 Includes:
All shelves and the tops of the cabinets have lots of slots and come in the original colors. 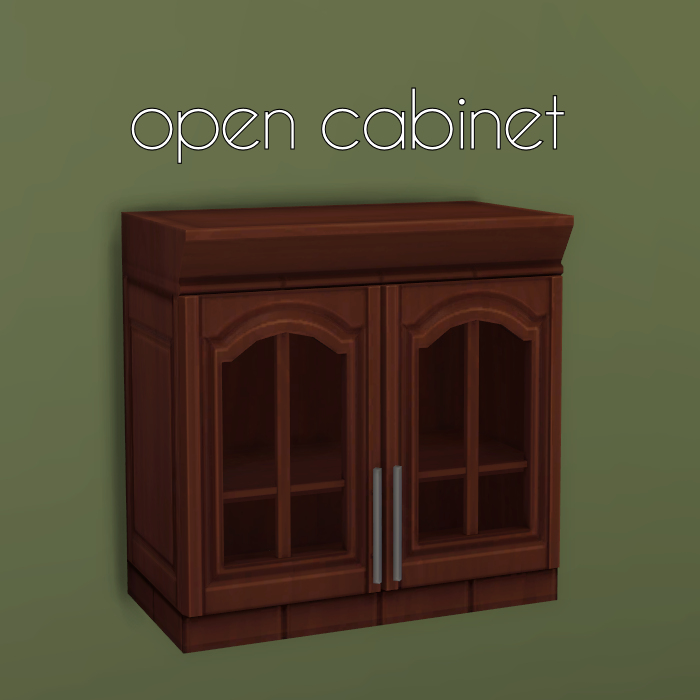 Cabinets_TallOrder_Merged: files merged into one package

Use, share, recolor, whatever with link and credit please. A PM would be nice but it's not necessary.
Do not upload to any paysites or sites that require you to download through revenue-generating links (eg, adfly).

Need more information?
Back to download view
14 Comments / Replies (Who?) - 6 Feedback Posts, 7 Thanks Posts
Hide Thanks Posts for this thread (Show only feedback)
Duncan Disorderly

Downloaded the merged file version of these and the other cabinets you have uploaded. Unfortunately, when I played the game, it was glitched. Like, in the main window, if I clicked to create a sim, the button didn't work. As well, I couldn't get in the game if I clicked play. So, I opened the menu to exit and it was the same. In the end, I had to alt + tab and close it using my task manager.

I had a similar problem when City Living installed, but I solved it with a reboot. This is exactly what I did. After the reboot, I tried the game again. This time it let me into the game when I clicked play. To test if it was working, I opened an empty penthouse with no occupants. It opened, but there was no build menu on the bottom and oddly, on the top right the icon that returns you to the neighbourhood was missing. It wouldn't open the menu either. Again, I needed to use the task manager.

Hated to do this, but I removed all three sets of cabinets and the game worked without a reboot. Don't know what the problem is. I have a few of your other items and love your work. Just thought I'd give you a heads up. Hope this helps.
WHAT I IF TOLD
YOU

Thanks for letting me know. I don't have City Living so I can't test that but there shouldn't be any reason they would be causing problems since they're just object clones and don't change anything in the game. If anyone else is having issues please let me know so I can narrow down what the problem is.
Duncan Disorderly

Happy to help. Forgot to mention, when I went in the second time and was in the penthouse, the rest of the icons on the top to the left of the group on the right was missing too. Doubt if that's any help, but I figured I'd mention it anyway.

The one thing that made me doubt it was your uploads had to do with a similar problem occurring when City Life was first installed, like I mentioned. At the same time, I can't deny the game worked again when I removed them, so I'm at a loss to explain that.
WHAT I IF TOLD
YOU

Since I don't have the expansion, do you know if they made any changes to the glass trophy case from the base game? That's what I cloned them from. Also, was it just the merged files or do the separate ones cause the same problems? If you don't know, don't worry about it, just trying to figure out what's going on.
LauraCastellano
Lab Assistant
THANKS POST
#6

Thank you so much! Beautiful!
sayyadina
Instructor
THANKS POST

Maybe it has something to do with the added slots for stuff.
Because I had the same problem since City Life with some Mods which added more slots for stuff on fridges and other furnitures.
I had to remove them, then the game was working as usual.
Maybe this is helpfull to know

Sorry for the delay responding. The glass trophy case appears the same to me. And yes, it was just the merged files. I considered trying the separate files and merging them myself if they worked, but haven't had the time lately.
WHAT I IF TOLD
YOU

thank you very much for this.
EveSims96
Test Subject
THANKS POST
#12

I really love this set!!!
eman72
Instructor
THANKS POST

I know I already clicked "Thanks" but I wanted to thank you again for these. I was looking at the basegame set of these and disappointed at how few options there were. Having a fridge cabinet and other features makes it so much nicer. I particularly like the shelves.