by Ferguson Avenue Posted 13th Jul 2017 at 10:42 PM - Updated 24th Nov 2017 at 3:59 PM by Fergus' Mind
15 Comments / replies (Who?) - 1 Feedback Posts, 14 Thanks Posts
I've been meaning to upload this New Orleans-themed house for quite a while now, but everything time I went to package it I ended up chasing mysterious floating ceiling tiles, as if often the case when you use the CFE cheat. Thankfully that issue now seems to have been resolved. So here you go: 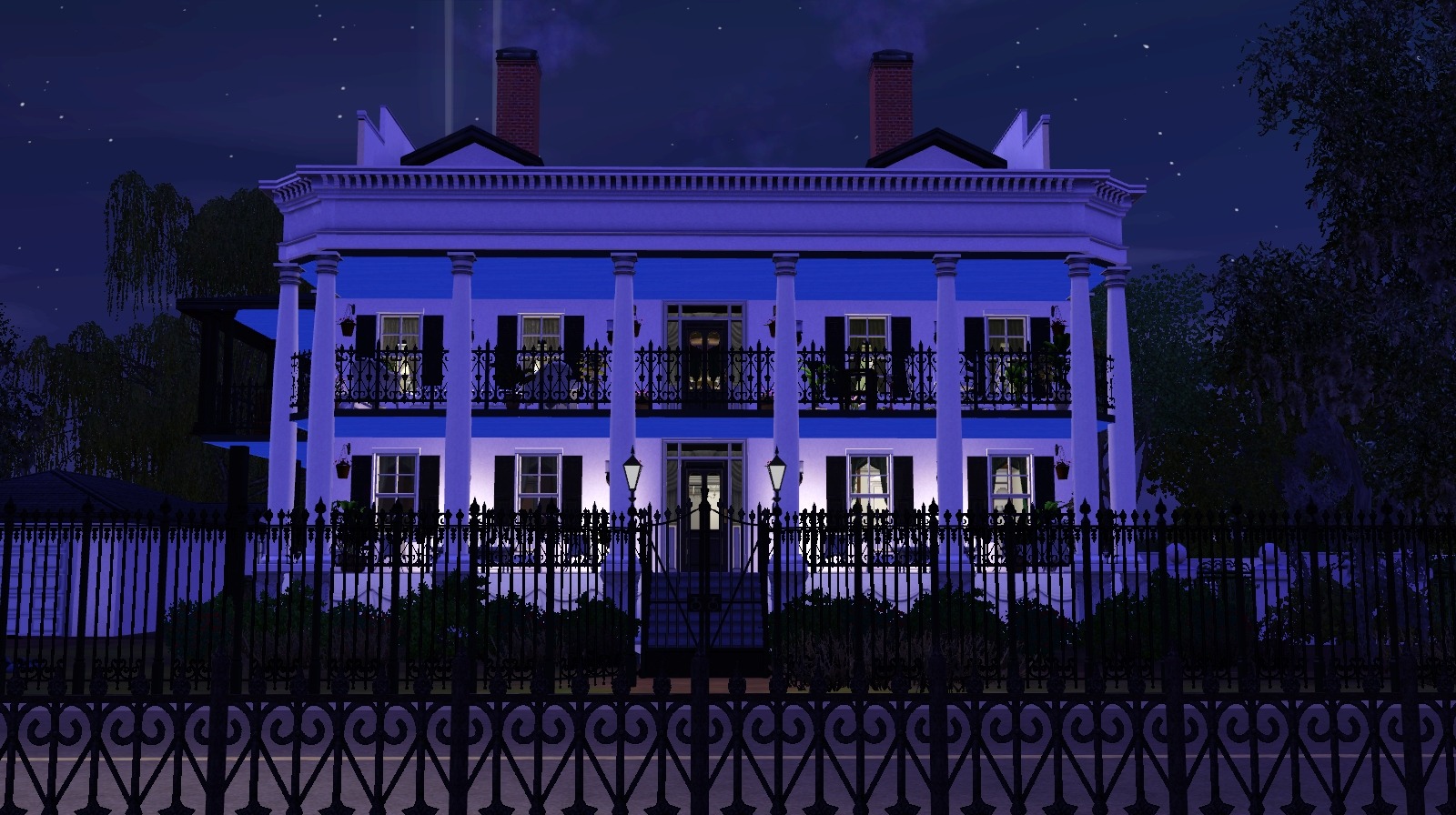 Originally believed to have been built, in part, in 1799 as a more modest Creole style house, the fortunes of the house changed dramatically in the 1830s when it was bought for Byron Lamauxe. Byron was the illegitimate son of a wealthy banker's daughter and a house boy. Whilst cherished by his biological family he was brought up discreetly in the house that now bares his name, away from prying eyes where his mother could visit and lavish him with all he could want in those brief hours each day that she could steal away to the house on the edge of the district. In preparation for his arrival the house was updated into the Greek Revival style and gained a new symmetrical facade, previously only the left hand side existed in its Creole townhouse form; with a side passage providing access from the front to the rear staircase and kitchen. The central staircase and new wrought iron filigree balcony cemented the house's gentrification into the American Greek Revival style. 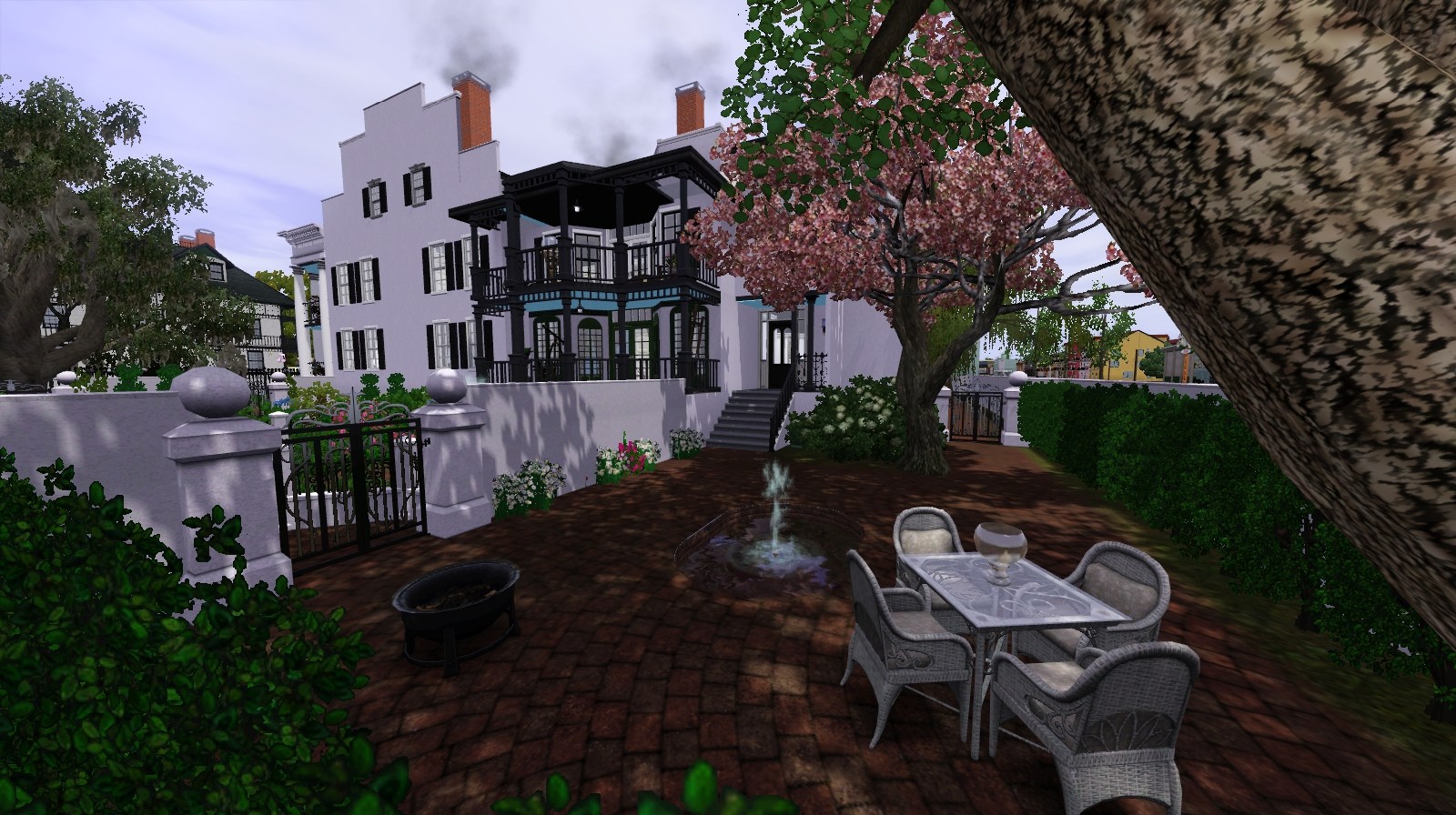 Eventually Byron's mother was married off to someone more suitable and carted off all the way to Savannah, never to see her son again and never to forget him either, after her death a collection of letters were found demonstrating that she tried to remain in contact although they were never truly reunited. Rumour has it that this separation and the subsequent death of his grandfather led Byron to begin dabbling in the magic of his father's people in search of solace and a higher power. Regardless, he used his inherited wealth to gain access to the parties of his grandfather's friends and his magic to perform party tricks in order to earn the favour of many of the social elites in attendance. Byron became very popular and was a notable guest at most major public events, he even adopted a magical protege in the form of a well-mannered mysterious young girl of colour whom he referred to as 'Keke'. He paraded her around flaunting her at many parties, the two of them had a need to be the centre of attention. Although with the onslaught of war and social upheaval they both faded into the background of society and their party tricks became potions, spells and remedies for those with the money, sold out of an upstairs bedroom under the cover of night when their clients wouldn't be observed coming and going. 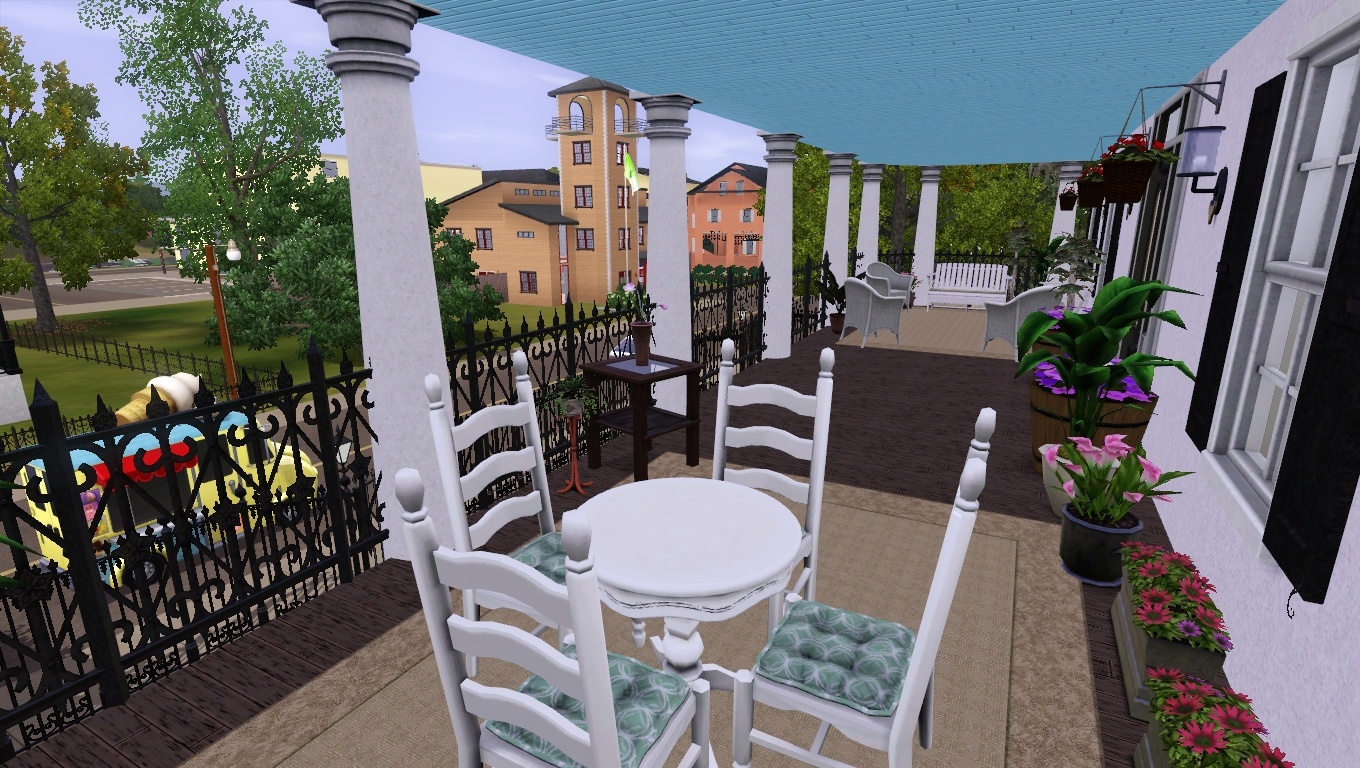 A further century of updates later led to the house changing further. In the 1880s the rear ell was expanded to create the new side porch overlooking the garden as well as a new office and bedroom suite above. It was around this time that 'The Purple Room' came into being, it was added by an elderly Keke and some say she used it as her seance room because its location in the oldest part of the house gave it stronger links to the other side.
The early 1900s saw a revival in the Neoclassical style and so the house was 'restored' to a more romantic vision of its earlier forms by Keke's adopted protege. The filigree balcony was removed from the facade and replaced by a more imposing Neoclassical style double gallery porch which was deemed more in-keeping with the modern taste. Fortunately the filigree balcony was salvaged and instated on the side of the house where it remains today.

CC. Required But Not Included:
Seperated Shutters by alverdine

As usual, if you have any issues, please do let me know!

I'd also like to say a big thank you to Johnny Bravo, cutsocks and Crowkeeper for their opinions and advice when I was struggling with the front porch columns!

If you need more info, see Game Help:Installing TS3 Packswiki for a full, detailed step-by-step guide!
Back to download view
15 Comments / Replies (Who?) - 14 Thanks Posts
Hide Thanks Posts for this thread (Show only feedback)
PcareGuy
Test Subject
THANKS POST
#2

What a lovely home and such an original idea. I will infidelity want this in one of my neighborhoods. Thank you for sharing your creation.
meakhan
Test Subject
THANKS POST
#3

Gorgeous design! I can see my sims being very happy here.

Oh Fergus- this is breathtaking! Everywhere you look is another wow. The porch roof is even blue.
Collector
Lab Assistant
THANKS POST
#5

Interesting house and history. It's also reminded me its been a long time since I looked at worlds on the Sims site.

This is really beautiful! Thank you for sharing it. I can't wait to use it in my game.
fxchrfxchr
Instructor
THANKS POST
#7

Thank you for yet another great looking lot!
Melysa1973
Lab Assistant
THANKS POST
#8

I love the house, and your backstory was great! Thank you for sharing

Love it! Hope you will do more with Morreaux :)
cutsocks
Instructor
THANKS POST

Love it. I think my favorite part is the the sheltered L-shaped porch(es) looking over the neglected kitchen "garden." Just the kind of tucked away space one could retreat to with a good book. The unkempt landscaping and separate garden areas are excellent.
scoopy_loopy
Field Researcher
THANKS POST

This house is beautiful. Thank you!

Another beautiful historically accurate home from Fergus' mind. Thank you for sharing another one of your beautiful creations.
WickedClover
Test Subject
THANKS POST
#14

This house is perfect for the challenge I decided to do (The Step-ford Wife)!!! It is just beautiful and I can't wait to play in it.
mrdione
Lab Assistant
THANKS POST
#15

not showing up in my game

Quote:
Did you install it via the game launcher?