Watching my sims hop shamelessly about the computer screen blaring that loud obnoxious music when there are other, more interesting ways to spend their time is very aggravating. As the title implies, this mod disables sims from playing computer games on their own accord. But of course, you can still direct your sims to play that mess if you so desire... 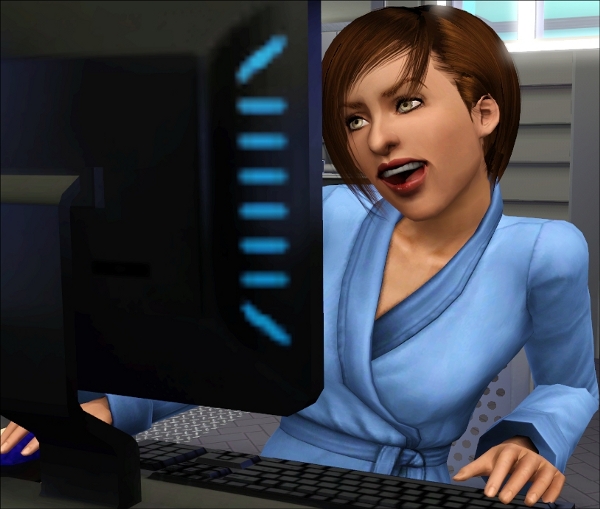 This mod is intended for those with the 'Ambitions' expansion pack installed. This was extracted from the latest gameplay package, so I doubt it is backwards-compatible with 'High End Loft Stuff' or 'World Adventures.'

I hope to upload a similar mod for the television gaming system, which is also a mess.

Possible Conflicts:
This is an xml tuning mod and is compatible with any core, tuning, or script mod that does not alter the "Play - Computer" package from the "Gameplay" package found in Ambitions. However, I doubt you have any Ambitions-compatible mods which change this setting, so don't worry yourself sick over this...

See: Game Help:TS3 CC Basicswiki for a full guide!
Back to download view
58 Comments / Replies (Who?) - 34 Feedback Posts, 22 Thanks Posts
Hide Thanks Posts for this thread (Show only feedback)
Page 3 of 3
Jasumi

It's not this mod. I don't have it installed, and I still see that glitch.
JunJayMdM

Must have been a coincidence then, since I've never had it before installing the mod so I assumed it was that one, in doubt I asked here. It doesn't really bother me so...all good, if it's EA's fault then they must have forgotten to include the animation for stages other than kids and teens since the evil ones can do it until they die (maybe even dead, who knows :P)

Thanks for clearing it up

Nothing's real. Nothing's unreal either.
The frontier between true and untrue is a shady fuzzy line.
Destiny, or maybe the long flight's time-span, shall decide the issue.
turistas
Test Subject
THANKS POST
#53

Thank you SO much! Those computer games, well mostly the deafening sound coming from them, that had me so frustrated. I'm pretty lenient with what my sims do on free will, it was just the computer games and the sound! ughhhh! lol
Seether1990
Lab Assistant
DELETED POST
24th Nov 2012 at 7:24 AM

This message has been deleted by Seether1990.
shawniegore
Test Subject
THANKS POST
#56

is this compatable with seasons?
lizmac21
Test Subject
THANKS POST
#57

is this up todate!!
SneakyFantasy
Test Subject
THANKS POST
#58

OMG, THANK YOU!!!! Yes, I agree. That was EXTREMELY annoying!!