by RonyaR Posted 8th Sep 2012 at 8:43 PM - Updated 8th Sep 2012 at 12:58 PM by RonyaR
29 Comments / replies (Who?) - 4 Feedback Posts, 1 Thanks Posts
Did this a while ago, figured I could upload here as well. I'm a bit of a Bioware fangirl and when a request for the lyrium markings of Dragon Age 2 character Fenris (or Broody as he's nicknamed by another character) came up on another sims site I frequent, I couldn't keep my fingers away.

Originally I only did the textures, but I'd been eyeing a tutorial on making overlay boxes and finally got the courage to try it out for myself. This box is the result! 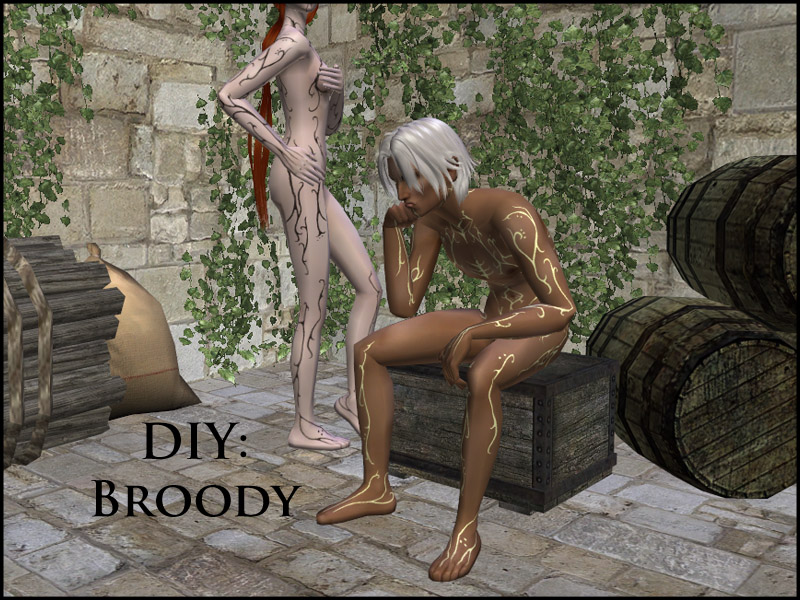 The overlays work for both male and females, and yes, they do stick. They come in a total of five colours, aside from the golden tone Pseudo-Fenris is wearing in the above image, there are also red, light blue, pale grey and dark grey variations.

Here's a picture of the man himself, so you can see what he actually looks like. And no, sadly you don't really get to see more of his markings in the game. 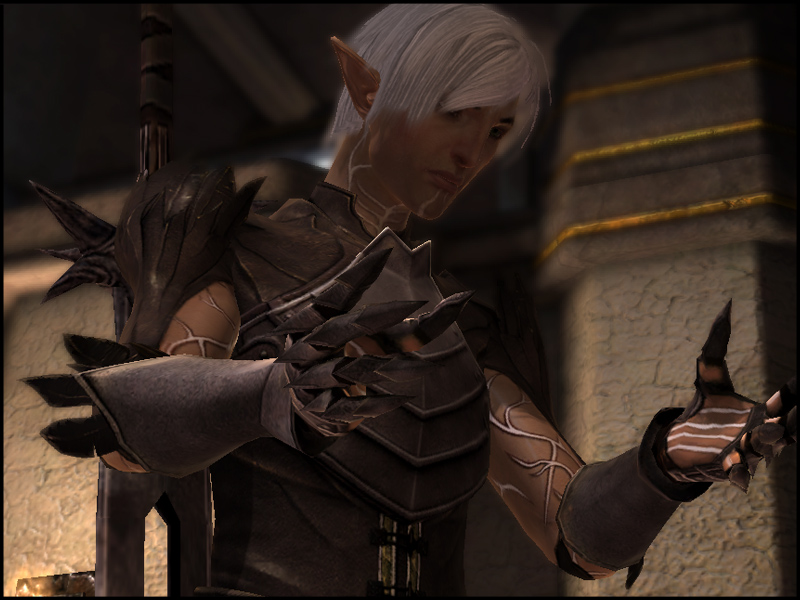 Be advised, I couldn't get facial overlays to work as part of the box, my attempts only lead to faceless sims. I solved this by making matching, layarable full-face make-up masks, which are also included in the .rar.

I did extensive testing myself and this box have been downloaded by others via the site the request was made on and so far I've not heard anything about crashing, bugs, conflicts or similar so it should be pretty safe to use.

Polycount: Well... it's a simple square box. I don't think objects come with much lower polycount than that.

Back to download view
29 Comments / Replies (Who?) - 12 Feedback Posts, 15 Thanks Posts
Hide Thanks Posts for this thread (Show only feedback)
Page 2 of 2
HonokaAizawa
Scholar
THANKS POST
#26

Now i can make my favorite DA2 character in Sims2! No more slavery in my game!
Gardevxr
Test Subject
#27

I can't find the damn body markings either. I guess this'll just be an AU where he gets his body markings removed then. One of the devs (can't remember his name but he's a real douchecanoe and gets in fights with fans over petty stuff) said the markings could end up killing him anyways.
mariajoaobarata

Where did you find them? I'm building a sim in bodyshop and I found the facial markings, but can't find the body markings

Edit: got it! There is a box in the buy section with the markings

The link for the sims3 version is no longer working... you don't happen to have the file? ^^' I love the mod but I only have sims3