by Sims99Fanatic Posted 28th Sep 2012 at 2:04 AM - Updated 13th Mar 2013 at 11:24 PM by Sims99Fanatic
33 Comments / replies (Who?) - 4 Feedback Posts, 5 Thanks Posts
This is a Maxis Recolour which means that it is a recolour of an item that already exists in your game. Please check the Expansion pack requirements to see which game pack it recolours.

This is something I've always wanted, and always wanted to share ever since I first purchased Seasons. It was a little tricky finding where the capturable flies actually are in simPE, but with a little digging and patience, I was able to locate the correct OBJD. This is also something I couldn't find on MTS so I decided I'd upload today. I did find one for More Frequent Capturable Flies but that one is a game mod, not an extracted item, and as such you can't place them anywhere you like. This may conflict with that game mod. You can place as many of mine as you like, however only one set of them will spawn per tile. There is no need to use move_objects on cheat to place this on top of other objects, I didn't add this functionality, it was already like that. Depending on the season, you will get either butterflies or fireflies. The thumbnail is clear and says *no pic* and the in game title is *Controller - Capturable - Flies, there is no description. It's extracted directly from SimPE with no edits, that's the reason for these things. The price is free. It's found in general/misc. 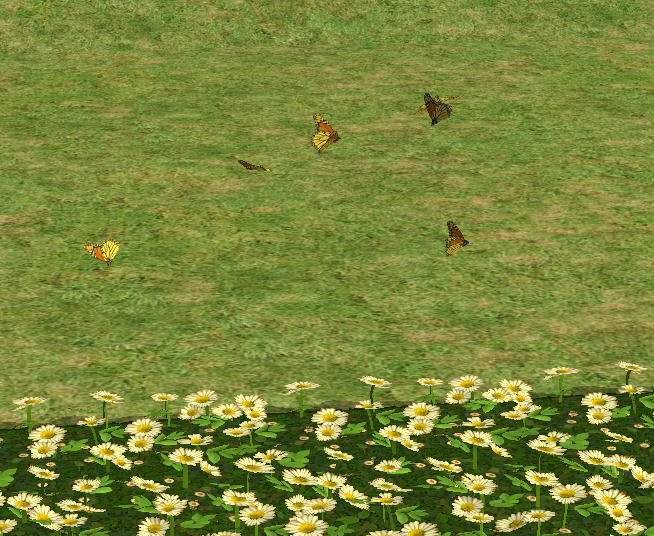 Back to download view
33 Comments / Replies (Who?) - 14 Feedback Posts, 17 Thanks Posts
Hide Thanks Posts for this thread (Show only feedback)
Page 2 of 2
Gwenke33
Instructor

I've always wanted this. Thank you!

To add: Since this contains the same resources (BCONs) as the mod linked, they will actually clash: the last to load will win (only regarding the frequency of butterflies/bugs).
Sims99Fanatic

There's an archived thread on MTS about a buyable newspaper, where I learned how to do this. Later on in the post, joninmobile, and HugeLunatic are talking about giving the object a GUID, and HL says that it's not necessary. So, by my deductions, since that mod overwrites the game BCONs, it's the same as having game BCONs. Not sure if that would still cause the clash or not.
Gwenke33
Instructor

Yes, his mod overwrites the game BCONs, but your object contains the very same BCONs, just with different settings. That's why the last one to load will be in effect.
Your spawner would probably still work after removing the BCON and BHAV resources from the package, which would eliminate the incompatibility.
Sims99Fanatic
Banned
THANKS POST
Original Poster
#29

Okay thanks for clearing that up Gwenke, I've edited my post to reflect that it may clash with his mod.
sherahbim
Field Researcher
THANKS POST

I love you! This is the second item going directly into my favorites.
Lucia940
Lab Assistant
THANKS POST
#32

I have EPs up to FreeTime: this object did not spawn either butterflies or fireflies for me. It might be a double deluxe thing. . . .
"If it's in you, it's got to come out."
Simblr
nertd
Test Subject
THANKS POST
#34

this sucks! it doesnt work and replaced my buyable fire!!!