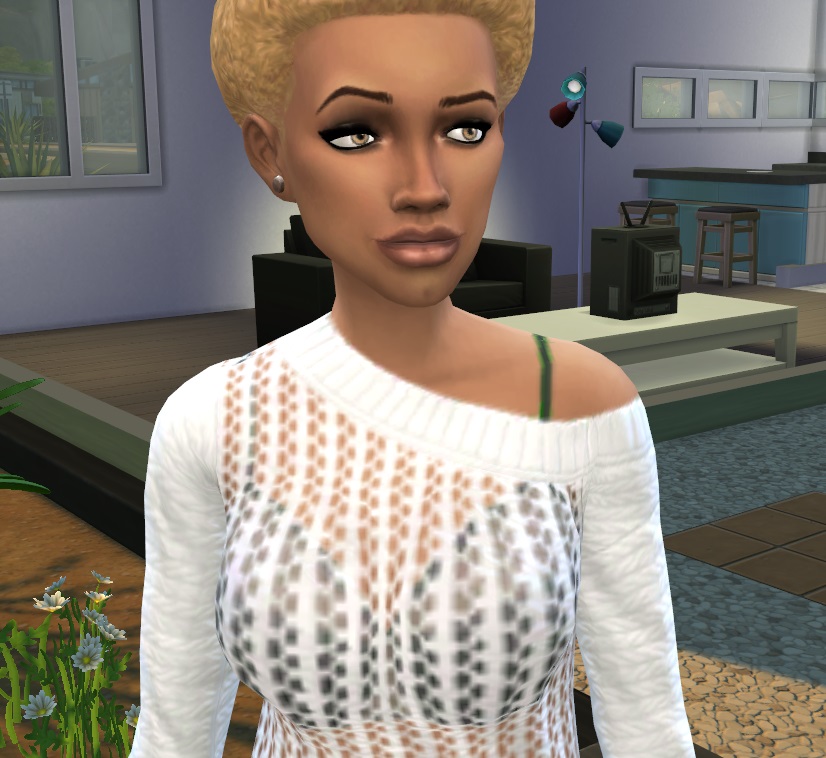 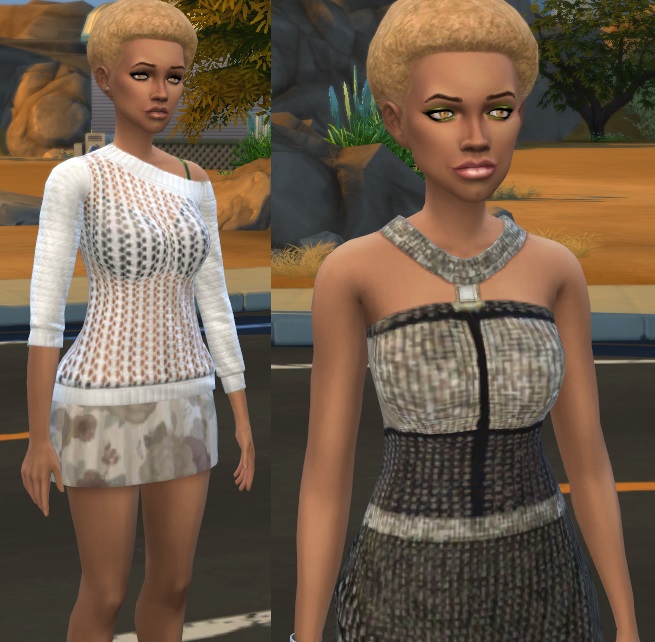 Additional Credits:
Sentate for the beutiful pumps, Ms Blue for the party pumps, FifthAce for the see shirt, Leah for the eye makeup, Aveira and Miss Fortune for lipstick, Alaza for nail polish, Alexandra for the formal dress and Birba for the party dress
Tags: #african american, #beauty, #outgoing

Back to download view
15 Comments / Replies (Who?) - 8 Feedback Posts, 6 Thanks Posts
Hide Thanks Posts for this thread (Show only feedback)
kyma khandr
Test Subject
THANKS POST
#2

She is lovely thank you!
JuniperSun
Test Subject
#5

"The explosive African American?" I would avoid catering to stereotypes of Black women. She's a very beautiful Sim but this is highly offensive. Please consider changing this - it's not nit picky stuff.
x_HaZeL_EyEz_x

This is why people are afraid to do anything anymore because it might offend somebody. Would it have offended you the same way if she had made a Sim that said "the explosive Asian" or "the explosive Caucasian/white girl"? Because if not, then you're the one being racist. I'm sorry but this just irks me, I'm not trying to start an argument but people really need to stop being so sensitive.

Quote:
It's precisely this type of reactionary thinking that allows racism to persist and further ingrain itself institutionally. The stereotype of the "explosive Asian woman" (I refuse to even acknowledge the aforementioned supposition that "reverse racism" against white people even exists) does not exist and to deny the fact that the extremely harmful stereotype of the "angry Black woman" isn't an archetype of racism is preposterous and absurd. It would do everyone well to read some critical race theory because this attitude is disgusting and quite frankly, terrifying to see.
x_HaZeL_EyEz_x

I just can't believe that you're freaking out over a Sim. It's not even a real person, and obviously the admins didn't see a problem with the title. Nothing was brought up about race until you mentioned it, so you're the type of person keeping racism alive because you won't stop talking about it. If you're insinuating that other races can't be racist against white people, I don't even... well, I'm just not going to get into that. All I was trying to point out is that this was a harmless Sim created, I doubt the creator even thought about the title, much less to intentionally make it offensive. I'm done, I'm not going to get into trouble or banned for arguing because it isn't worth it to me. I just don't see a point in causing drama when it isn't necessary, this isn't hurting anyone, it's a Sim.
*Fling >-----------<3-----------> HEY, THAT WAS MY BUTT!
Note to self: Don't get hit by stupid freakin' Cupid!
ghogin
Top Secret Researcher
THANKS POST
#9

thank you she is a beautiful sim! And a note to the above comments...when I read the title I saw explosive as a synonym for sensational etc. and thats how I took the wording on this sim. We havent even heard from the creator, who probably at this point would change the wording a bit so people dont take it as a word for angry. Also, if you read the description the creator gave, it has nothing to do with a stereotype. So stop jumping the gun on this post and enjoy the beautiful sim someone shared with us, thats what I am going to do.
leefish

Please keep comments relevant to the sim. This sim was moderated by our moderation team; a team of people who are one of the most diverse groups I have ever worked with. The word explosive was certainly seen by us to be relevant to her sensational good looks rather than any anger issues especially when you read the post.

If you have any further comment to make, please let it be about the sim.
More downloads by Leesester, BoilingOil and others at Leefish.nl | My Stuff at Leefish.nl | LeeFish RSS | Sims4 News Blog | TumblinLeefish
Mooninlove

I already changed it from black beauty to african american beauty because of another person that also felt offended. In this case, explosive isnt "angry" as you call her, it means outgoing, friendly beautiful with big personality (well at least as sims 4 allows with only 3 personlity traits). Don't take this wrongly, is a Sim I made with much love. Also consider that these kinds of comments make creators lose courage in creating sims of other races in fear of them, ironically some of my ancesotrs are black and my german grandgrandma married a native in my country, also Im latina lol

I was asked if I wanted to erase your comments since they dont have to do with the sim but I think they deserve an explanation confirmed by the creator in case other people think the same as you, greetings
riri87

People, let's get over race issue. It is messing up too many of our relations. Let's look past that and enjoy the sims

Hmm, being an objective third party I understand both sides and agree and disagree with both. But this isn't the place for a debate.

I love your sim! She looks so unique, and I love her eye color! Good for you for making a non-Caucasian sim. I rarely do, simply because it seems like most down loaders typically want white sims.
VagueVogue
Test Subject
#14

Ugh. I really wish I could have unread about 90% of the comments on this thread, and since you all managed so spectacularly to miss the point the one poster was making, I'm just gonna skip downloading this one all together. Shame, cuz I liked the outfits she was wearing. Perhaps you could label your next Sim's personality and looks as a... I dunno, a spicy, exotic Latina for example, because apparently no one here will take too much issue with that wording as well.
teemeelz
Test Subject
THANKS POST
#15

BEAUTIFULLLLLLLLLLLLLLLL, thank you so much
wigila372
Test Subject
THANKS POST
#16