What did you first think of when you saw the Cow Plant? 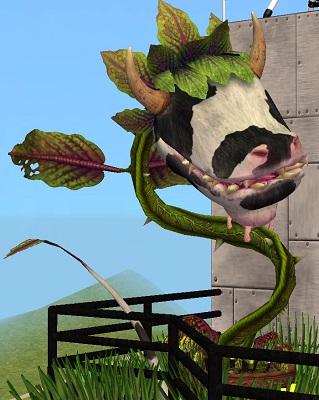 Was it: "That looks like the work of an unstoppable mad scientist duo who are madly in love--with science!--and also each other"? Yes it was. Don't lie. How could you possibly have thought anything else? In fact most of the career and aspiration reward objects have a bit of a mad science vibe, don't they? So I thought I had better build a laboratory for these lovebirds before they burn their two-bedroom craftsman (and surrounding eight-block radius) down to the ground 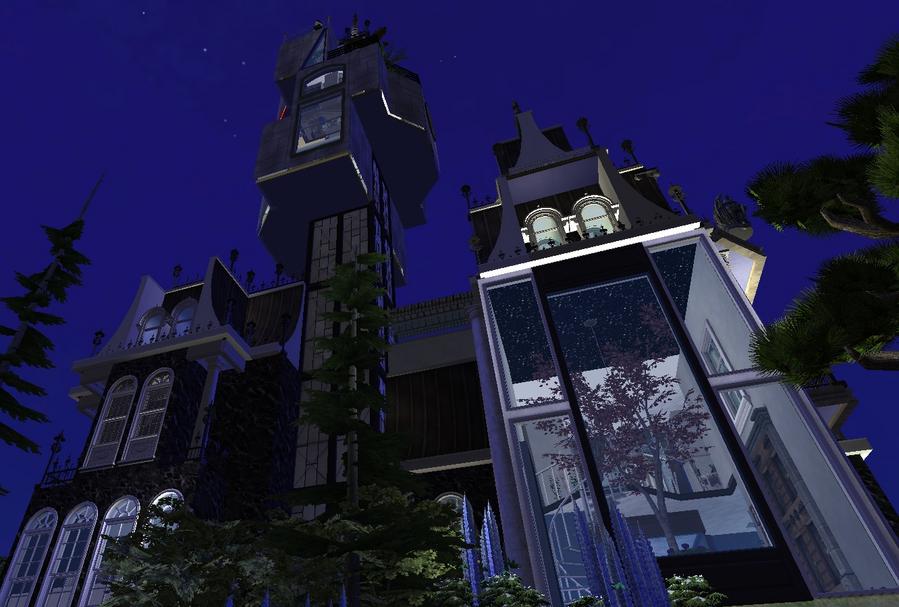 Now, on the other hand, if you are looking at this thinking "Neat house, but my romantically inclined scientists are all of the sane variety, thank you very much." there is a vanilla version of this house also. 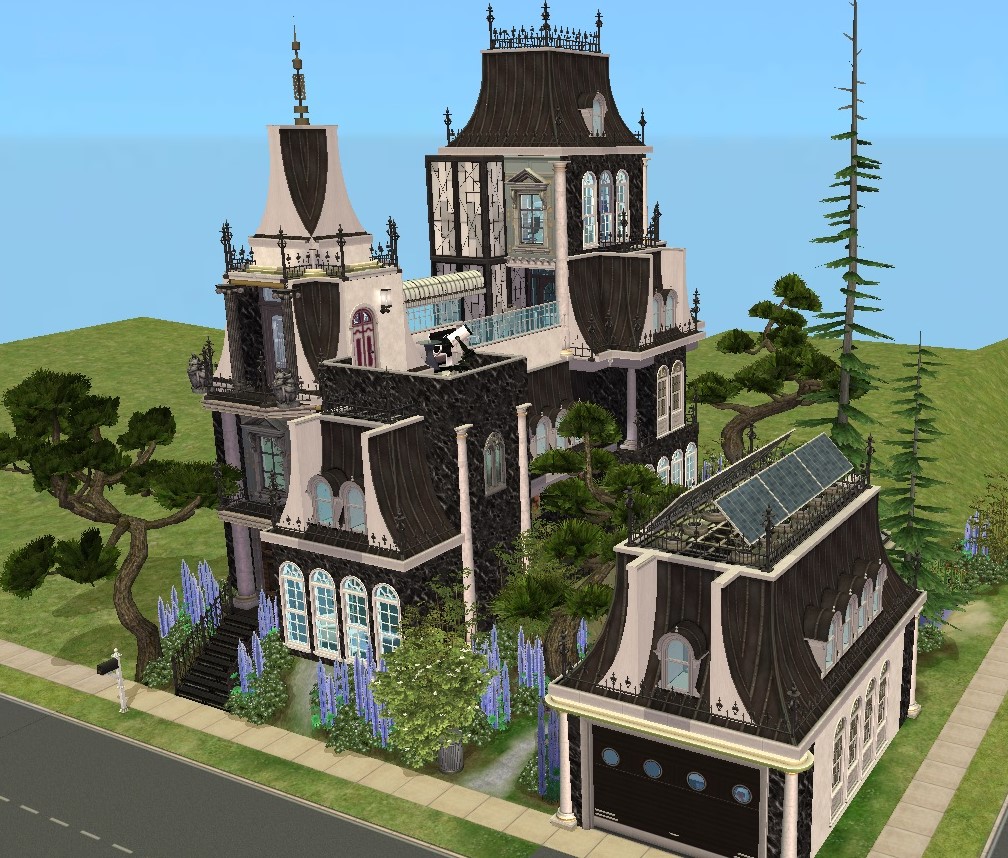 The overall decor is unchanged but a few things have been boringified. The minion studio is now a normal kitchen and a guest room. Most noticeably, the lab is no longer fantastical and includes only the sanest of science objects. Also the counterfeiting machine has been switched for robot crafting.

Notes
--Constrainfloorelevation false was used for the fountain and the tower over the front door, and the little awning beside the house on Mad Science
--Moveobjects was used plenty and some things aren't snapped to grid, but the furniture all works.
--Sane science has a burglar alarm by the front door and the garage door. Mad Science doesn't really get along with the authorities so they have a sentry bot beside the house, don't forget to turn it on.
--There is a phone by the elevator button on every level, and by the front door, and in the minion/guest room
--There are sprinklers in all the labs and the minion kitchen, and a fire alarm in the sane kitchen, but the mad "lab-kitchen" has neither because it has the water robot and I want him to have a chance to get used
--Because there is only a driveway extension and no driveway the game will skip some animations when the car comes and goes

Copies of the lots were play tested, but please message me if you run into any problems

Reccomended Mods
Rugs - zMOG!! Off Grid!! by HugeLunatic --You don't need it, but it's awesome, and if you don't have it some of the rugs will look funky until you pick them up and put them on grid
Water Inaccesible Flowers by dickhurt--the only flowers are by the indoor tree, and I do believe they are inaccessible
Trim Inaccessible Bushes by Cyjon --there are a lot of inaccessible bushes

Back to download view
11 Comments / Replies (Who?) - 5 Feedback Posts, 5 Thanks Posts
Hide Thanks Posts for this thread (Show only feedback)
iSandor
Inventor
THANKS POST

I love the structure!! It's a masterpiece!
joandsarah77

You can actually use the extension without the driveway. Might need Moo's rotatable driveway mod, not quite sure, but I use just extensions all the time.
"I dream of a better tomorrow, where chickens can cross the road and not be questioned about their motives." - Unknown
~Call me Jo~
Careers and businesses for sims
What I Love About Toddlers
ScaryRob

Quote:
Yeah, I think this is correct. I'm pretty sure I've plopped down an extension right at the sidewalk and it works just fine, including the garage door opening and closing. There just won't be the usual animation of the car coming and going.
Actually, I seem to remember that it's not possible to build walls right at the edge of the sidewalk, so I don't know how this creator did that. I could be mistaken about that, though.There are some pics of a house I made at the very bottom of this page, but in this case my wall is one square away from the sidewalk.
My Lot creations: https://simfileshare.net/folder/150474/
Jymn
Test Subject

Well that would certainly simplify things. I'll look into it

I am madly attracted to both versions!
Pebblerocker

It's amazing how you make a space look so lush and opulent with only Maxis content! I love the bathroom with the curtain across the bath, and the way you combine flooring and walls.
lach61
Test Subject
THANKS POST
#8

My first thought was:

I showed it to my husband, who began to sing:

I agree with Pebblerocker; what you're able to do with no-cc builds is awe inspiring, and very few other TS2 creators here can match it. Thank you so much for your work in this little niche!

For me, it's especially great to see two versions of this lot, since swapping out versions of a lot is a kick I'm currently on. With yours, I'm thinking I might move some sims into the Sane version first, and then move them into the Mad version as they...deteriorate.
Sophie-David
Theorist
THANKS POST

I LOVE that idea!
joandsarah77

@ScaryRob @Jymn Take a look at this house I uploaded in 2012 I have the wall and extension piece right next to the footpath. Also, this was before Moo's rotatable driveways so a mod isn't needed. http://www.modthesims.info/d/476981...olour-ways.html No doubt I had building cheats on.
"I dream of a better tomorrow, where chickens can cross the road and not be questioned about their motives." - Unknown
~Call me Jo~
Careers and businesses for sims
What I Love About Toddlers