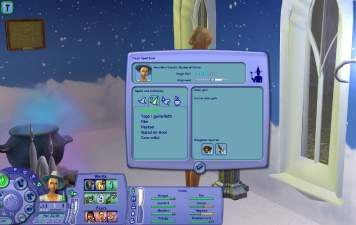 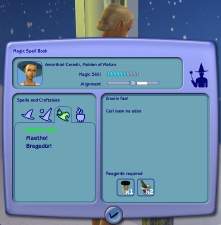 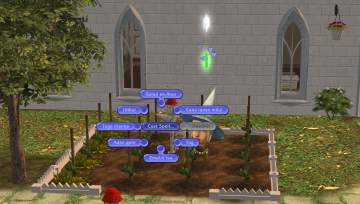 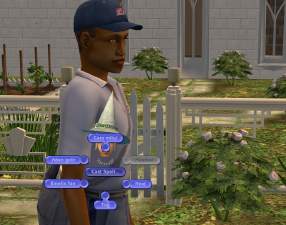 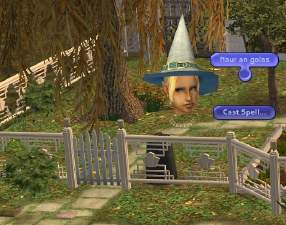 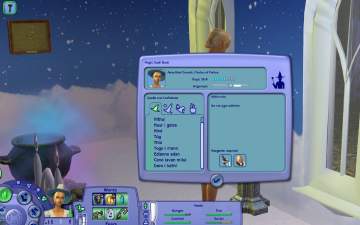 Created by st_d
View Policy / About Me View all Downloads
Uploaded: 10th Sep 2019 at 11:41 PM
First of all, i have to admit that i'm in no way fluent in Sindarin -- i'm still learning the simple words, and this is my learning aid. But in using it, i discovered it adds such charm to the game, such an air of a time when languages described natural things, beautiful things, and only named the ill ones in passing, that i decided to share it. So here it is, my first step into Middle-Earth proper: magic and spells.

EP required
You need Apartment Life for magic in general, Seasons for the leaf piles, and Pets for the spectral assistant.

What does it do?
This mod replaces only the text of spells that exist in the game. Your game will be showing everything in your installation language, up until the moment you click Cast spell. From then onward it's Sindarin-only, including the spell book.

Where is the translation then?
You can find the literal translation (and an occasional aside) in Comments in the Plugin View of SimPE. That is because:
1) people who are already familiar with the basics of Sindarin do not need my training wheels cluttering their grimoire;
2) i realised that having said wheels ready at hand makes me rely too much on them, instead of trying to learn one word at a time from one game session to the next; and
3) it's an easy beginner's task for people who are unfamiliar with SimPE: read. Just read what's inside the mod.

What does it not do?
It does not add spells, change the ingredients, alignment, duration or effect of casting. It also does not add any BHAVs, this is strictly text, so it will not conflict with anything that alters effects, for instance the one where neutral spells do not change alignment.

Known conflicts
That said, it sadly does conflict with a bunch of other things:
- the Harry Potter spell replacement mod. That's a given, you can't use a resource in two different versions at the same time.
Any mod that tampers with TTAs or STR# of the following:
- any Sim's pie menu, like the OFB mods for massage business etc.
- leaf pile, fire, puddle menu
- ground tile menu

So what does it look like in the game?
You can check the screenshots for an exact look, but daunting is the word, at least at first. My advice is to take it slow - learn the spells along with your Sim.

Additional Credits:
JRR Tolkien for this wonderful language, and D. Salo for explaining it in detail.
The creators of other indispensable elvish CCs - tiggerypum, Lethe_s.
Other Information

Description: One of the great things about witchcraft is that you can summon your own friendly animal (sic)! If your Sim is feeling lonely or simply wants a cool companion, click on your Sim and select "Cast Spell... Cano lavan milui".