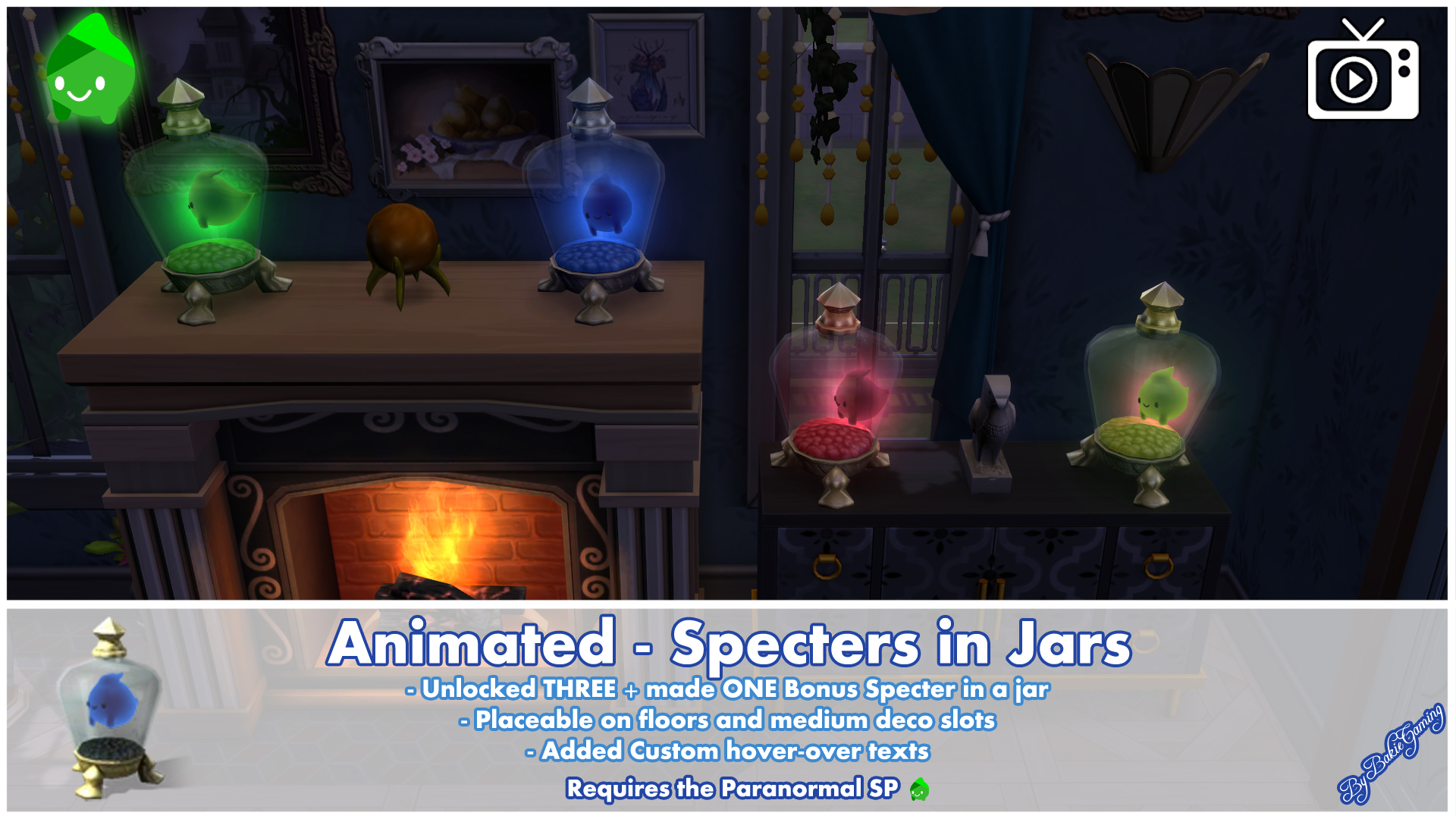 For the actual effect in motion, a tiny bit more info and the example scene, please click this Youtube Video Link:
Animated - Specters in jars

Just like when you get them as a reward, you can place them on floors and onto medium deco slots.
They will also have the same interactions attached to it. So you can either view them, sell them to an oddity collector, place them into your inventory or name the object.

If you want to see everything mentioned above and the specters in motion as well, then take a look at the video linked above.

Object information:
This mod requires the Paranormal Stuff Pack.
They're Standalone objects, so they won't override any other objects in game.
To easily find them, type 'Specter' into the search bar.
You can also find them by going to the Decoration's Misc section.
They can be recognized by my "BakieGaming" icon in the lower right corner of the thumbnail.
The costs are: 150 Simoleons

I hope you like these Specters in jars mods and if you do, please leave a comment!
If you want to use them in screenshots or videos, be sure to give me some credit!

Need more information?
Back to download view
5 Comments / Replies (Who?) - 4 Thanks Posts
Hide Thanks Posts for this thread (Show only feedback)
Gonzii
Test Subject
THANKS POST
#2

This mod is very cute to me. ♥
heidi137
Instructor
THANKS POST

Too beautiful, thank you Bakie

These are completely adorable thank you!
Catti212
Lab Assistant
THANKS POST
#5

All of your work is absolutely mandatory to have. I just re-downloaded the game and your entire catalog was my first stop!
Bakie