Man, it is not easy to come up with a name for this mod that is lucid, catchy, and communicates what it does easily. 'Less Apparition' is the title I've settled for, stemming from what inspired me to create this mod set in the first place, that being mild annoyance at how my Sims seem to procure an innumerable number of objects out of thin air, a malady that only grew more severe as subsequent EPs added less grounded interactions (dig for treasure...?). These blatant violations of the laws of conservation end today... well, sort of.

If you prefer to preserve your suspension of disbelief, or even if you just hate the birdwatching obsession that plagues newly-moved-in Sims, this mod may be for you!

Update 1.2 30/08/21: Tiny update that fixes a silly oversight I made with the Trait version of the bug hunt mod that would cause errors. That's the only file that's changed - it is labelled as version '1.2'.
Still working on requested features

Update 1.1 02/07/21: A minor update that adds some requested features and compatibility.
• All items are now OFB sellable.
• All items are giftable.
• Added trait versions for the birdwatch and bug hunt mods - Sims with the 'Hates the Outdoors' trait will not autonomously Birdwatch or Hunt Bugs, even IF they have binoculars or bug jars. Requires the Easy Inventory Check.
• Added another 'Hunt Bugs' function that I missed - Maxis made a bajillion of these! Sims with high Nature enthusiasm will no longer conjure Bug Jars they do not have. :p
• Incorporated Cyjon's changes to the 'Fill In' interaction from his No Visitor Chores. This means on-the-job NPCs, business employees, and influenced Sims are able to fill in holes without shovels. Playable Sims still need shovels. Have my mod load after his if you want the rest of the functionality from No Visitor Chores while also incorporating Less Apparition.
• Created a collection file for the items. It goes in Collections.

Important: It is vital that you do not delete these items using the in-game delete button. Doing so will damage your installation. Whenever you want to remove these items, simply delete them from your Downloads folder. You can also install the mod in your Bins folder, which will disable the 'delete from object catalogue' option.

In other words, the objects that come with these mods are essentially buyable tokens that you put in your Sims inventory: If you Sim doesn't have the correct 'token', they cannot do the interaction.

Note that that is where the mod begins and ends - the items are not removed from the Sim's inventory when they begin the interaction and returned when they finished. My reasons for not doing this is that (a) not modifying the functions themselves reduces the likelyhood of conflict, and (b) the current implementation achieves what I had intended it to - provide a means of controlling which Sims can do which interactions.

How do I install it?
All components of this mod are modular, meaning that you can have any combination of all of the the package files that you wish. The archives contain the following:
• BartekStu-JugglingIsEntertainMenu-EnglishGamesOnly: This mod will put the 'Juggle' self-interaction very Playful Sims have into their 'Entertain.../' menu. This will only work for English installations unless you edit the text yourself.
• BartekStu-ObjectRequirementsForHobbies-aka-LessApparition: This archive contains all of the mods that give object requirements to interactions. You may pick and choose them as you please, or dump them all in your Downloads or Bin folder. Notice the nomenclature - each interaction mod is baked into the object it requires for itself - for instance, "bstu-Baseball+PlayCatch-LA" will cause Play Catch to be unavailable to Sims who do not have the baseball in their inventories.

Hack Conflicts/Compatibility
My pillow fight mod will conflict with Simler90's Party Mod, specifically BHAV 22A0. Use only one in your game - if you're using their Party Mod, you're better off keeping theirs as they also have a similar sanity check as mine with an added feature where teens at slumber parties are more drawn to it.

Shovel for Dig for Treasure:
• Pescado's Vacation Fixes: Resolvable - If you prefer my modification of the Dig interaction keep both and have mine load after Pescado's. The change in Pescado's interaction appears to be that Sims can dig indoors even if there is deep snow outdoors. I'm not interested in adding this to my version, since my Sims never dig indoors.
• Cyjon's No Visitor Chores: Resolvable - have my mod load after Cyjon's to keep the functionality of both. Cyjon's rules for determining who can autonomously fill in holes have been ported over.

Binoculars for Bird Watching:
• Traits Project - No Birdwatch For Hate Outdoors: Incompatible - if you want your Sims who Hate The Outdoors to behave as in DeeDee's mod, check out version in the zip file labelled 'HatesNatureTrait'!
• Nopke's Sensible Birdwatching: Resolvable, if you use the compatible version Nopke has created. You need to ensure that the Nopke's version loads after the binoculars.

Bug Jar for Catching Bugs:
• Traits Project - No Bug Hunt For Hate Outdoors: Incompatible - if you want your Sims who Hate The Outdoors to behave as in DeeDee's mod, check out version in the zip file labelled 'HatesNatureTrait'!
• Nopke's Insect Sanity: Resolvable, if you use the compatible version Nopke has created. You need to ensure that the Nopke's version loads after the bug jar.

In addition to the above these mods will most certainly not play nice with any innumerable 'sanity'-flavoured hacks that also alter the TEST functions of these interactions. The Juggle mod should not conflict with anything, really.

Regarding the Juggle mod, assume it requires AL or higher.

As for compatibility - you basically need whatever expansion pack the feature you're modding came with, plus any expansion higher than Pets. If you don't have it, you won't be able to use the interaction anyway so it's pointless. The EP requirements per .package are as follows:

• Seasons (and/or Freetime - both have bug mechanics, [and buggy mechanics. lol.])
bstu-BugJar+CatchHuntBugsFlies-LA
• Seasons only
bstu-WaterBalloonFightsNeedFaucets-LA

Extra:
The archive section below doesn't seem to recognize it, but you find the shovel in the Build Mode/Gardening section of the Catalogue. 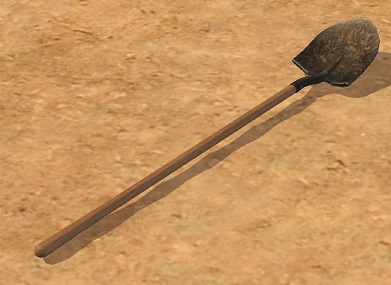 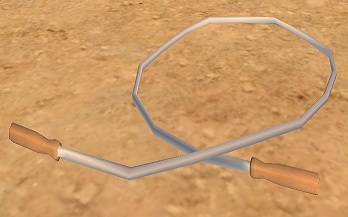 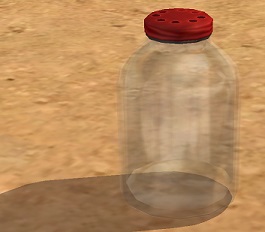 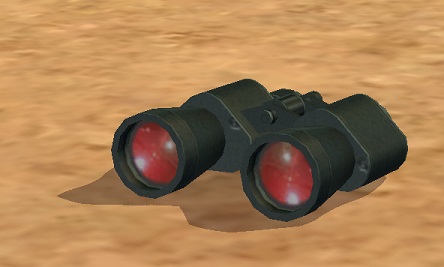 Back to download view
36 Comments / Replies (Who?) - 26 Feedback Posts, 7 Thanks Posts
Hide Thanks Posts for this thread (Show only feedback)
Page 2 of 2
Nopke

Oh, I really like this idea! The items lack this functionality currently but I will most likely add it in the future.
RheiaM
Test Subject
DELETED POST
5th Jul 2021 at 3:49 PM

This message has been deleted by RheiaM. Reason: Nevermind, I am dumb I had both traits and normal version for binoculars and bug jar. Thank for this amazing mod!
croiduire
Lab Assistant

This mod just keeps getting better and better! I love guirnaldas' idea (more variety has long been sorely needed).

I also noticed that this partly addresses a long-standing pet peeve of mine:


Would it be possible to make every perform interaction require a buyable tip jar?
BartekStu

Ah, the mod at this time doesn't add an object requirement to the 'Entertain For Tips' Feature, just a skill requirement (you most likely already know this, just making sure for my own sake

).
However a mod that added an object requirement to most if not all 'Perform.../For Tips' interactions would certainly be doable and even crossed my mind when I was putting the original set together. I think I decided against it in the end because I thought it did not fit in the spirit of 'less apparition' - a buyable tip-jar that came with a Simoleon label pre-taped-on and coins at the bottom of it is the same handwavy sort of thing as Sims magically materializing items is in the first place.

That said, what's a deal breaker for me isn't a deal breaker for everyone! I'll look into making a Less Apparition-flavoured Entertain For Tips mod. If I get around to it, I'll let you know when it's up for download!
AlfredAskew
Field Researcher
THANKS POST

Thanks for the buyable update! I love making hobby stores and forcing npcs to pay-up for their idle animations.


Thank you so much; that would be greatly appreciated! As you say, everyone has a different crane from which they suspend their disbelief. I can easily pretend that the few sims I would allow to perform in public took a couple of minutes to prep their jars. (Ancient factoid: back in my misspent youth I learned that beggars and buskers actually would put a few coins or bills in their tip jars (cans, guitar cases, etc.) before starting to play--"priming the pump" so to say; doing so improved tips significantly!) The thing that makes me crazy is when zero creativity townies bogart the instruments I like to include in bars and coffee shops whilst my 10 point playables (who need the money) have to wait, or never get a chance to perform at all. In my ideal game, no one with less than 8 creativity points will be allowed to even own a tip jar!
guirnaldas
Test Subject

Maybe this is complex and will go against the purpose of this mod but I think it would be a nice feature if instead of hiding actions from piemenu you could grey them out, kinda how the 'Influence to' works when sims don't have enough points. That way you could easily tell which sims have certain objects without having to check their inventory everytime and to know right away that you need an object to perform certain action. I may be wrong but I think I've seen some hacks that even show tooltips on greyed out menus.
suck.is.life
Test Subject
DELETED POST
25th Jul 2021 at 10:09 PM

This message has been deleted by suck.is.life. Reason: just now saw the collections file - sorry!
BartekStu

Hmm, it might be possible, but it would be generally trickier than usual because these don't use the 'Make/Change Action String' Primitive. I think I've thought of a way around it though, I'll see if it works. If it does, there may be an alternate version coming in a month or so.

Tooltips? I'm not sure if those are implemented at all in Pie Menus in TS2, thought they do exist in 3 and 4 - unless you mean changing the text of the Pie Menu itself to function as a tooltip.