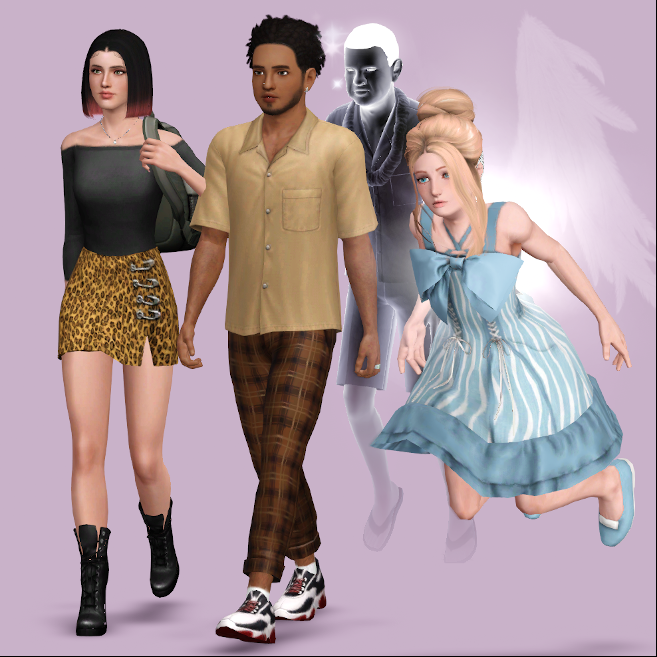 Description
This is a replacement mod that incorporates a few simple edits to a selection of walk cycles.

In the base game, an animation oversight that exclusively affects male Sims aged YA and up and all Elders causes them to have a constant smile drawn on their face while they’re walking, even if their mood doesn’t necessarily warrant it. All other Sims (YA+ females and Sims younger than teen) don’t have any facial expressions baked into the animations, so they remain neutral when necessary while still being able to make any of the in-game facial expressions when walking.

The original version of this mod took care of this issue by eliminating the facial animations in the affected animations. EA never learned, apparently, and continued to bake in more forced smiles into their walk cycles in each Expansion Pack, so I’ve decided to hunt down even more locomotion animations and remove those perma-smiles once and for all.

This mod will completely neutralize the facial animations for the following walk cycles:On my to-do list are the witch broom animations from Supernatural, suggested by chokolady, and the hoverboard animations from Into The Future. They’re a bit of a bigger challenge for me because they do involve objects, so my initial attempts weren’t good. I will update the mod with these animations next when I get them working.