Myles Leong and his nephew Ethan (who are interestingly both the same age) have been close since they roomed together in college. Despite their close relationship and Myles' knowledge of Ethan's womanizing, Myles has no idea that Ethan has been carrying on a relationship with his now ex-wife Caryl since their freshman year of college.

In these pics, Ethan offered to take Myles out on the town (and ended up singing karaoke) to recover from his sadness of losing Caryl, even though Myles doesn't know Caryl left him to go move in with Ethan. Talk about a complicated relationship!

When They Were Kids

Now As Teens
“Raise your children to love and embrace others. Tell them they are beautiful; they may grow up to be stars one day, and "beautiful" will never mean as much in a magazine as it will coming from you.”
― Kaiden Blake <3
ella_in_wonderland

(Sorry I didn't have an actual snapshot of them all together)

Leah and Josie do everything together Sage Ann is not only Mary Munny's daughter-in-law, she's one of her closest friends. Mary Ann Hawkins knows that John Stacks originally hung around because he's in the GSA with her big brother Harlan; but now Harlan's not here distracting him they get along great in their own right. Neither of them is having any luck in the boyfriend department. Pearl Onions and her uncle, William Ghote.
Ugly is in the heart of the beholder.
(My simblr isSim Media Res . Widespot,Widespot RFD: The Subhood, and Land Grant University are all available here. In case you care.)
Hazl

These two have been best friends since they were kids, which always surprised me considering Conor's extremely down to earth and kind of crazy, while Bret is very uppity and full of himself. (He is a Worthington after all!) Maybe it's because they're cousins, or because they both love playing football. Either way, the two of them were really excited to see each other again at Conor's autumn wedding party. And of course they took some time after the ceremony to toss a football around in the backyard!

Get those two in a room together and it's just constant bro-hugging and sports playing!

These next two have also been friends for a while, since they're close to the same age, and like Conor and Bret, they're also family. Tyler (Leong) Davis is my legacy ladies' man Ethan Leong's youngest out of his six children, and Marina Phillips is the oldest of his many grandchildren. That means that Tyler is Marina's aunt...even though Tyler's actually a little bit older than her! Since Tyler's mother and Ethan had both passed away, she was living alone with her dog Lizze. Her beau, Almeric was in the process of finishing college so he could marry her. So when Tyler found out she was pregnant, she invited Marina over all the time to keep her company and help her through her pregnancy. The two are even greater friends now than they were before! Penny's BFF-practically-sister Mary got engaged to her more recent but really cool friend Valentine, and then they went and had a fight. Penny's been reading up on it, and she thinks she can help. "Come on, Val, you know she loves you! You were her big crush when she was ten."
"That's not the point."
"Oh, sure it is! You've been telling her all this time she needs to find a young man, so it's real easy to convince yourself she's doing it. 'She's lying' is an unfalsifiable assumption. And this is Mary we're talking about here! If you keep frowning at her she'll pine away. " (Look at Mary's face in the background! She's confident her friend can pull this off for her - when Penny decides to fix something, it gets fixed!) There! That's better! And Penny got to use her new skill, so everybody's happy. Now if she can just figure out what her old friend Sandy is so mad at her about... Valentine makes best friends with his future mother-in-law Beulah at Nathan Gavigan's Fun Bowl, incidentally gaining the place the final star necessary to get it to level two. Meanwhile, back in Drama Acres, Isaiah Gavigan took his BFF Harlan Hawkins along on his family vacation. They're a lot more into playing pirates than Isaiah's daughter is.
Ugly is in the heart of the beholder.
(My simblr isSim Media Res . Widespot,Widespot RFD: The Subhood, and Land Grant University are all available here. In case you care.)
kpcca2010
Lab Assistant
#282

Best friends Calypso Neengia and Delilah Bell hanging out after school. They have been best friends since their moms (who are also best friends) set up a play date for the two. It works because Calypso likes Delilah's in-your-face attitude, while Delilah likes the fact Calypso can't figure out when she's cheating at chess. 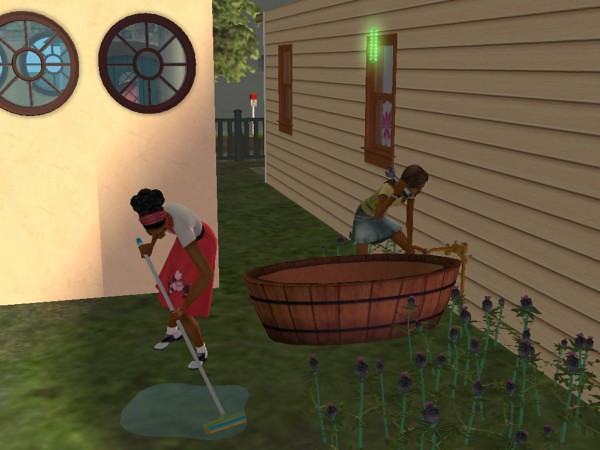 Mary Ann Hawkins comes home with Erika Swain, who is depressed over her dog dying and her boyfriendless state, and helps her take care of her chores. Somehow the yard got completely out of hand! 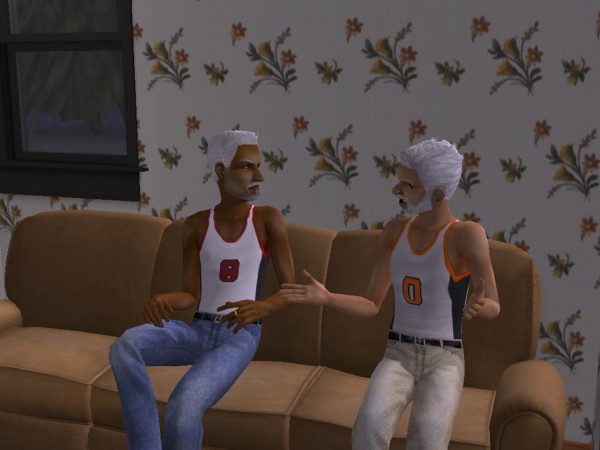 Friends and teammates Greg Aerius and Clovis Point could be reliving glory days, but they're talking about Greg's boy's wedding and Clovis's girls' upcoming birthday. 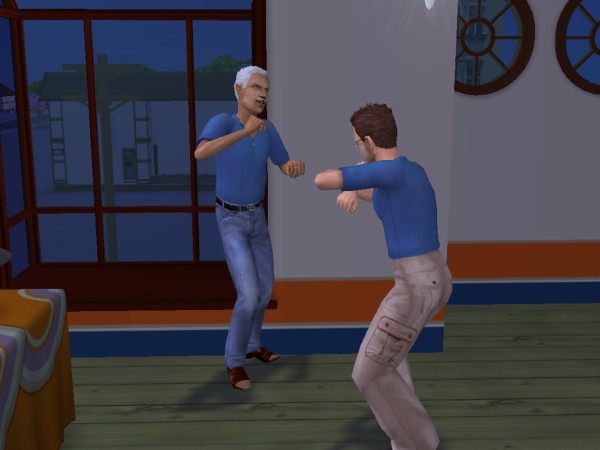 Joshua Ruben and Castor Stacks, however, are on a big nostalgia kick in the wake of Joshua's recent elder birthday and Castor's upcoming one. 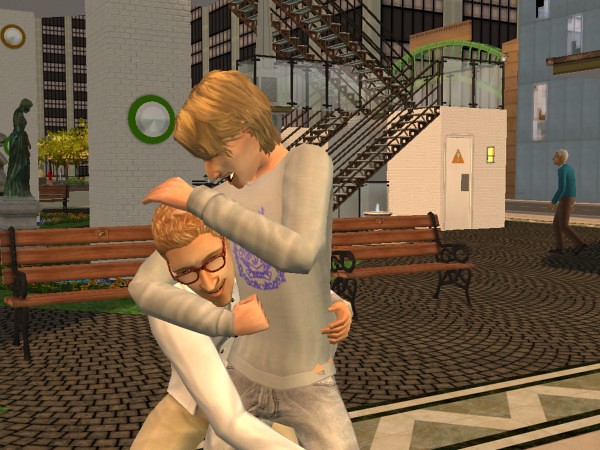 And last but not least, Lukey Beaker displays his manly affection for Vidcund Neugierig in a manner they both understand.
Ugly is in the heart of the beholder.
(My simblr isSim Media Res . Widespot,Widespot RFD: The Subhood, and Land Grant University are all available here. In case you care.)
Freefalldreams
Scholar
#284

I'm hoping it's OK to revive picture threads if you have one that will fit... I just realized this one should go here... 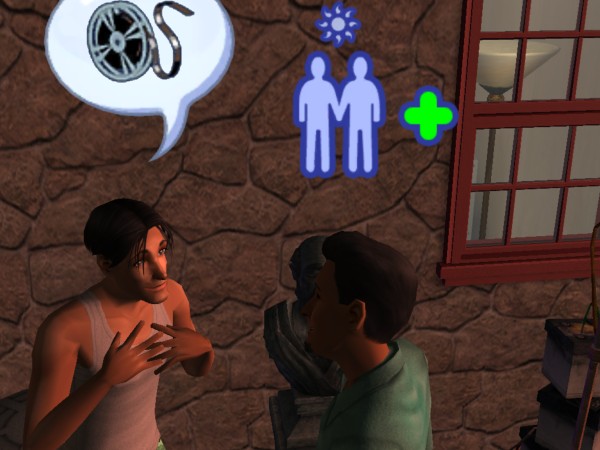 Jason: "Do you realize that the only movies that have guys like us as best friends are bawdy bro-comedies?"
Don: "Yeah, but we're stuck working together in this dumb sandpit town. What should we do, fight over women? Better to share them...bro!"
Please support the Sim National Labs Folding@Home team!
Stuff I've made!
lfria

Jill Smith and Carly Bunnes have been best friends since college. Even after graduating, they talk to each other every day. Carly always roles wants to call and chat with Jill. Jill comes to visit Carly at her apartment just about every other day. They're actually both pregnant right now, so I expect lots of play dates in the future

Here's an old pic thread that could use an update!

Gabrialla Lavillos has been blessed with many friends, and now that she's out of college she is trying to maintain her friendships so she recently met up with her two besties, Caroline Bishop and Rhapsody Cosgrove to get lunch, grab a coffee and have a little fun for a girls' day out. Gabby hugs Rhapsody when they meet at the bus station Lunch and catch up conversation Caroline orders a coffee while Gabby tells a joke to Rhapsody Alleken and Agnes came to know each other during the birth of Agnes' first child (a daughter, Jane). Alleken was actually the one to deliver the baby, as she is quite an experienced midwife. Agnes is also her sister-inlaw, being married to Alleken's younger brother. Later, Alleken was there for the birth of every one of her nieces and nephews. 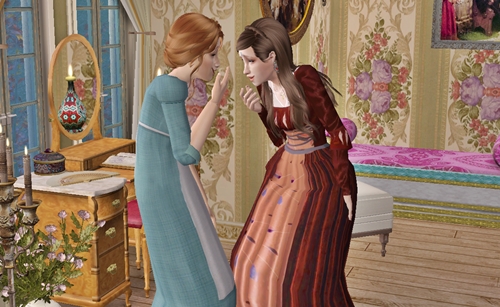 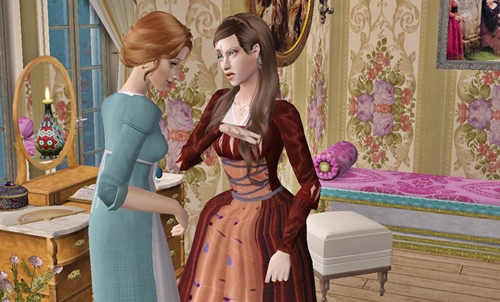 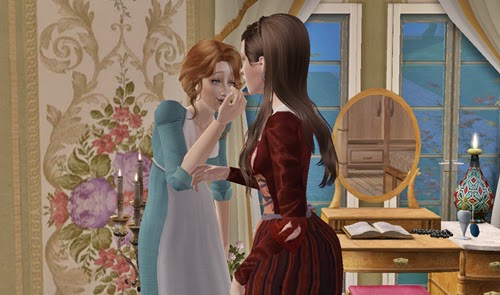 Johnny Cullen drawing Don Calamari, another of his oldest and dearest friends: 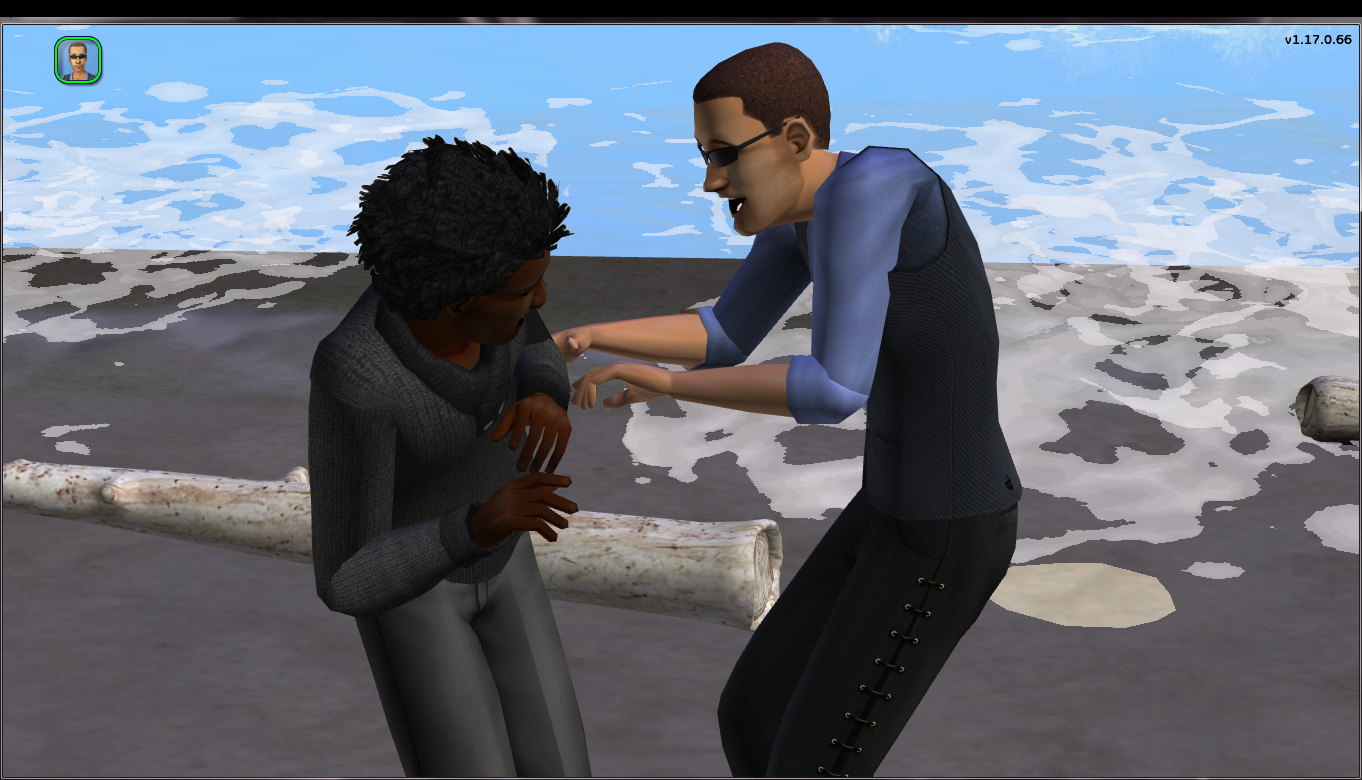 (They're still BFFs! I'm not posting in the wrong thread 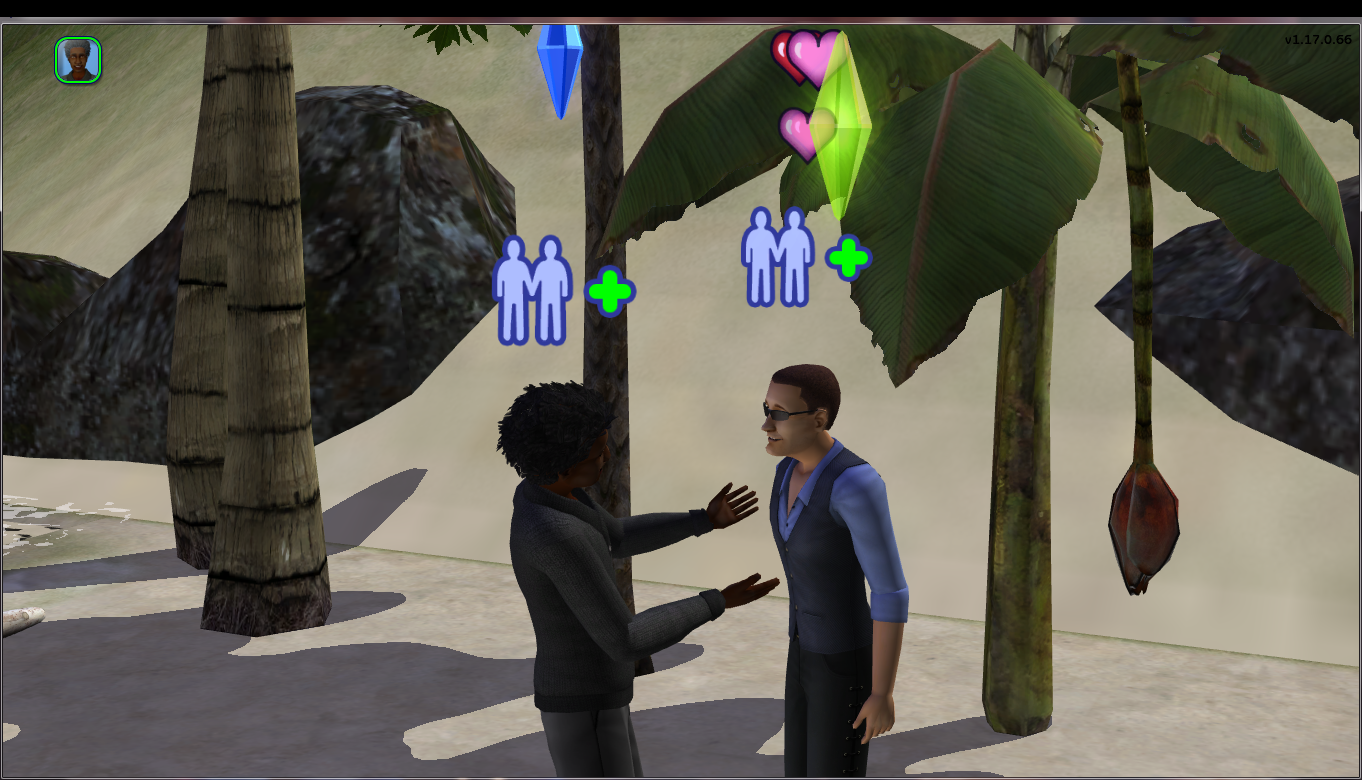 They're still BFFs...they're just more than that now. 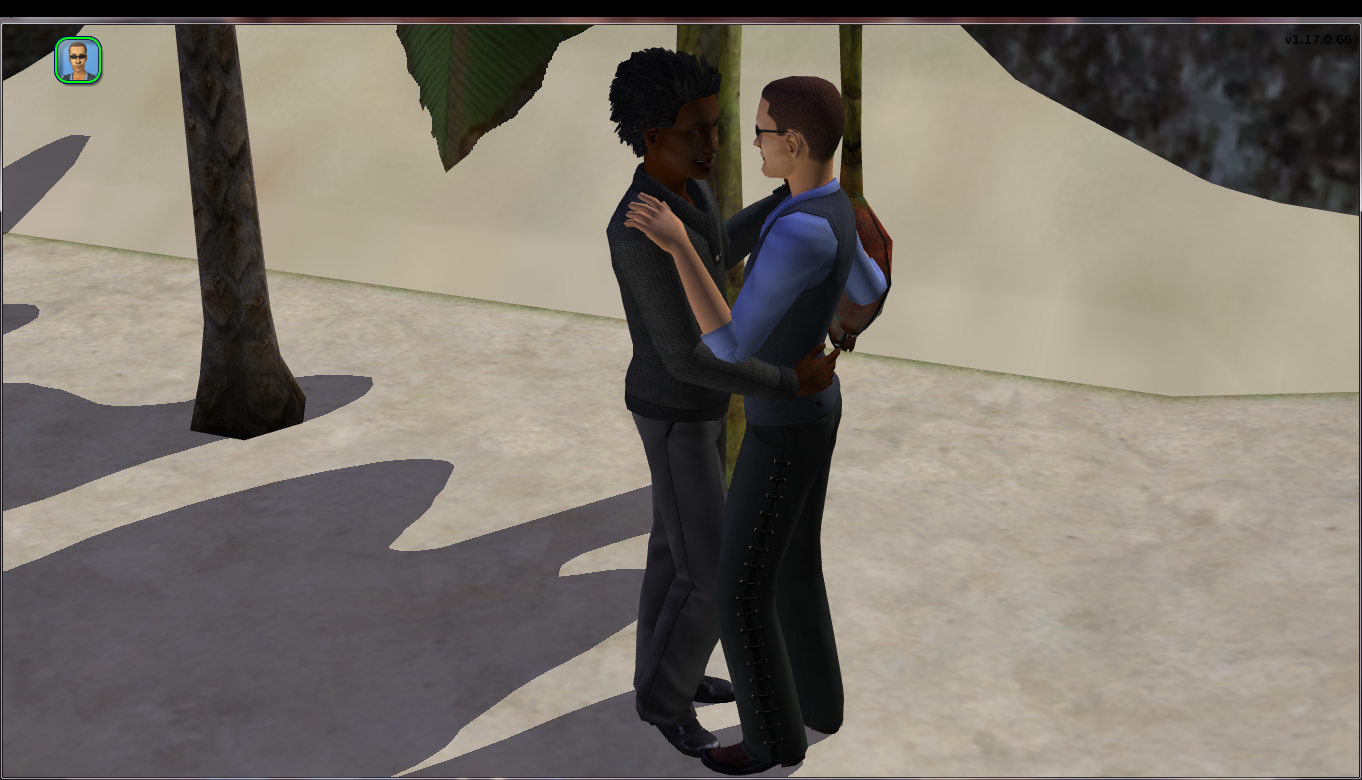 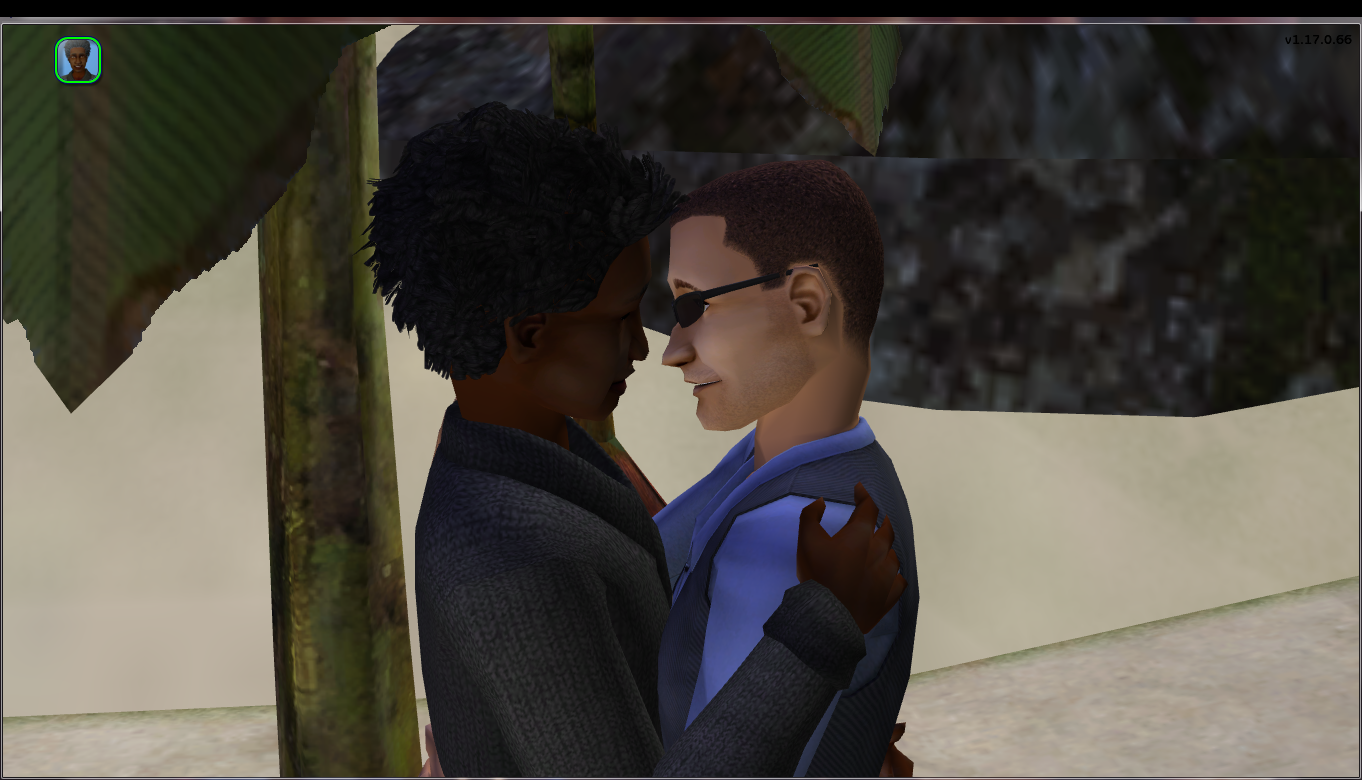