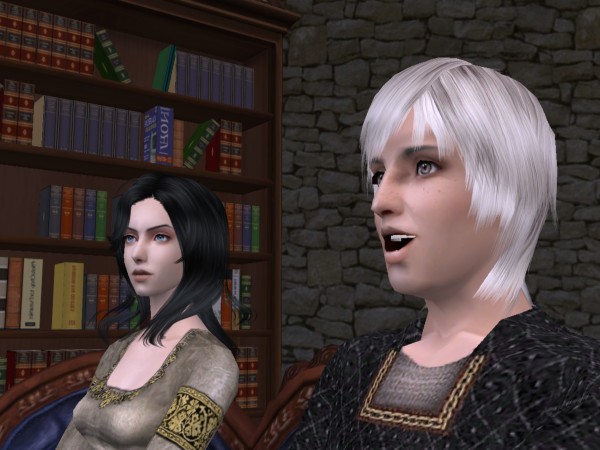 Night had fallen upon the world as a dark storm rained down outside the room where two people sat watching the rain, keeping an eye of there visitor who was across the room from them. “I am glad that you have come from your place of living, my name is Danarius and the woman decide is my apprentice Hadriana”. Their visitor nodded “greetings to you both then but with all the pleasantries gone tell me why you have summoned here on such night and this place.” 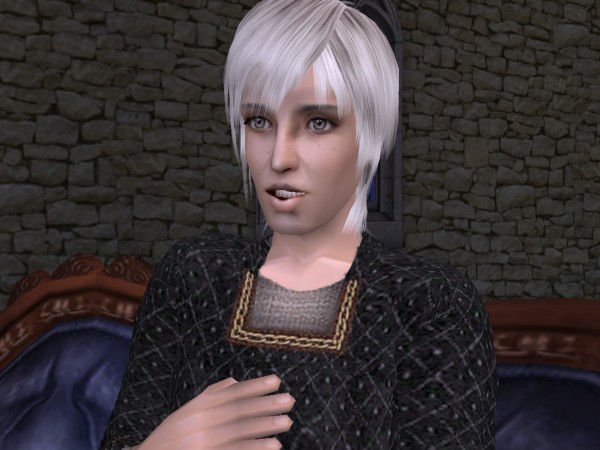 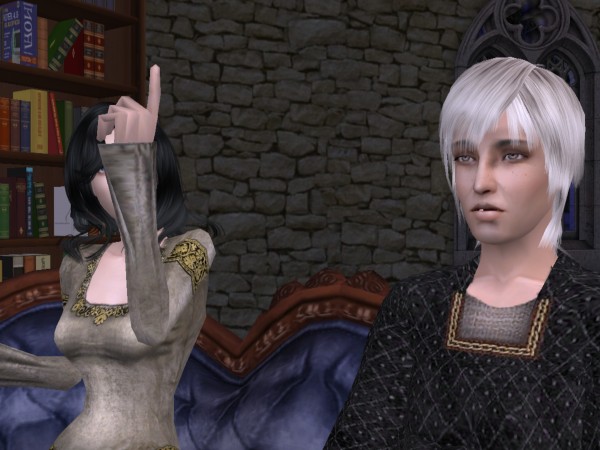 Hadriana looked as stunned as her master to find out that their guest bid not know what they wanted from them. Hadriana laughed slightly “you do not know? Then why did my master hire you?” 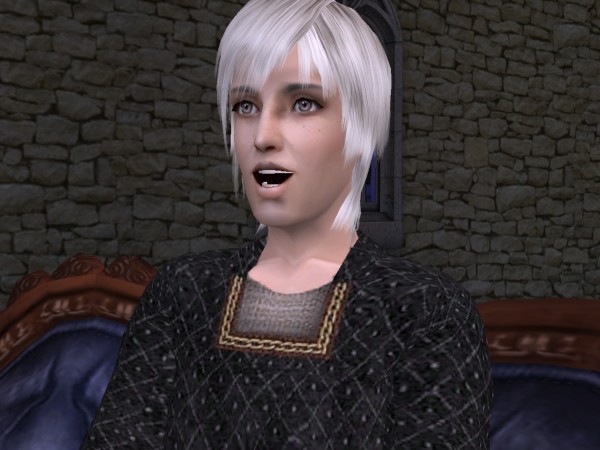 There guest ignored the question and gave her a smile filled with venom and hate for her. Danarius turned his head and whispered in her ear “silence my apprentice it has been a month since the last group we sent went missing and we are selves with all my magic cannot locate him.”

Hadriana looked annoyed for she had a plan if they could just locate him the plans will be set into motion. 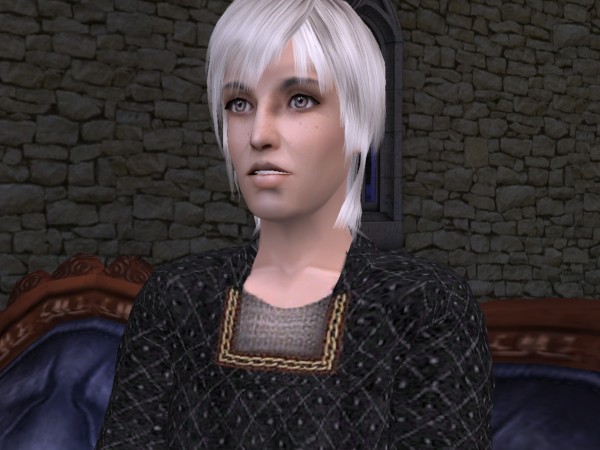 With a deep breath he told their guest why she had been summoned “it has been many years since a salve of mine escaped me.” Laughter arose from his guest causing him to turn his head to look at her with some annoyance. 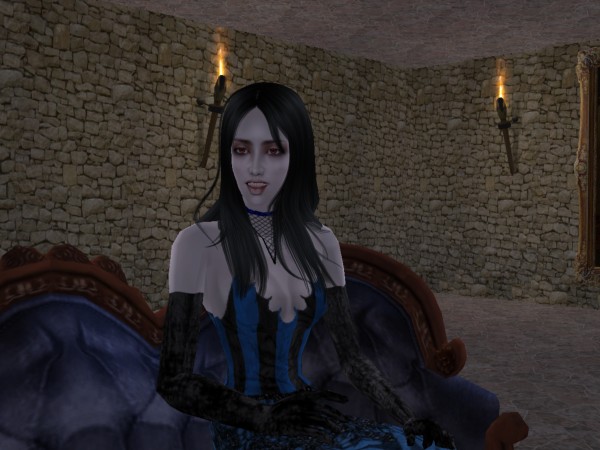 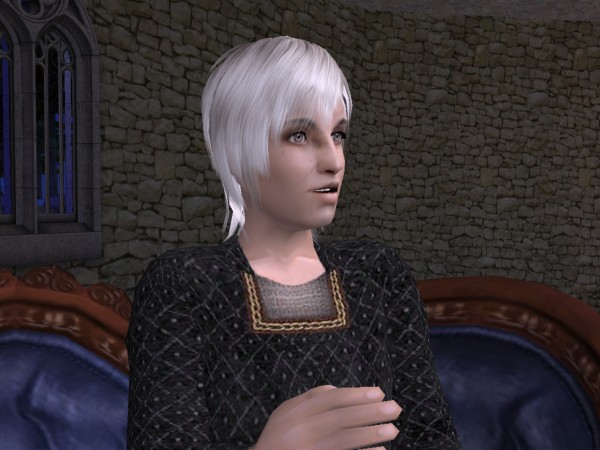 Danarius knew hardly anything about this women apart from whispered rumours of this woman during his recent time in Minrathous. What he had been true of the rumours was that her name was Kalian and she was a mage. He had tried to find out more about this women but nearly everything about her was shrouded in fear. 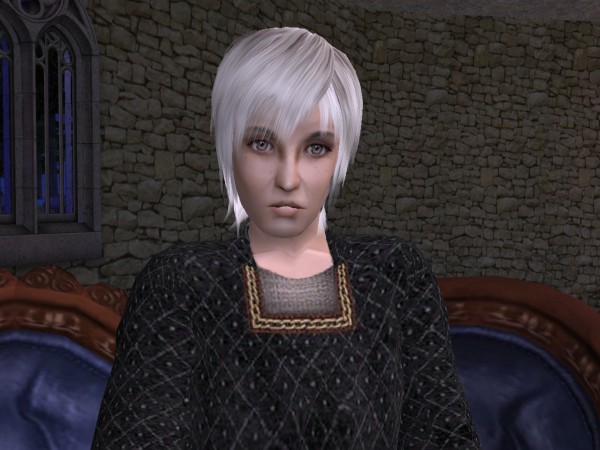 He explained to Kalian what he wanted from her “though I do not much about you Kalian but even now I can sense that you are a powerful mage. That was I summoned here and I heard what you did to that young templar that came to your home. Your skills would indeed be wasted on a normal salve but we are not talking about normal man.”

Kalian leaned forwards “how so? Is he a demon or a blood mage if he is a blood mage then you will get him back in pieces for I have had horrible experiences with that sort of magic. I do not touch that magic at all.” Danarius was surprised that she did not use blood magic as most powerful mages he knew used that magic.

Danarius continued “the slave was once a normal man but through magic rituals I altered him. I branded Lyrium into his flesh thus erasing his memory of his past life but giving the ability to phrase through objects and this makes it an effective weapon against my enemies. For awhile he was my bodyguard until the day he escaped me. I have been searching for him all this time along with my apprentice . Many have gone after him but none have returned with him.“ 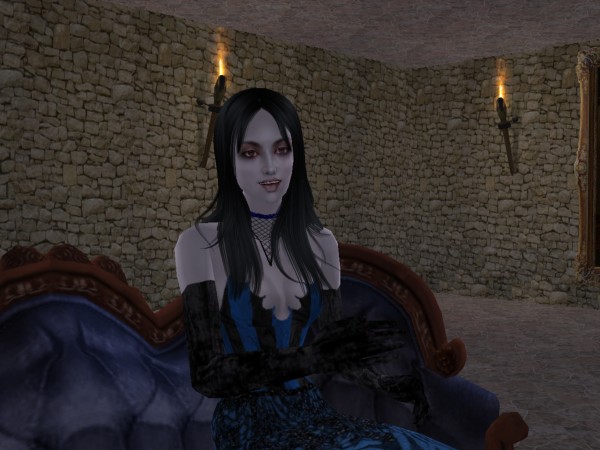 Lightning flashed outside illuminating the room in a blinding white. Kalian smiled for she had never heard of this sort of magic although she feared about her state of health. Since her fall at Falcons fall and her flight from the Dales, she had been recovering with her friends. She had been hiding from Templers who were hunting down her had her mage friends, many times she had hid with success as she recovered but young templar found her so she killed him. Fearing that she could be killed by this man, she asked him “what if I refuse you, then what will happen?” 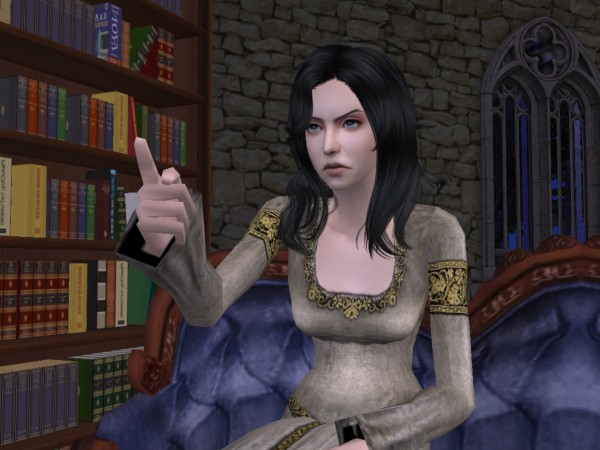 Hadriana gave Kalian a cold smile “I have heard of you witch queen and your recent downfall. If you do not help us then we will hand you over to the circle ourselves and they can bestow on you there ultimate punishment for powerful mages that evaded them.” 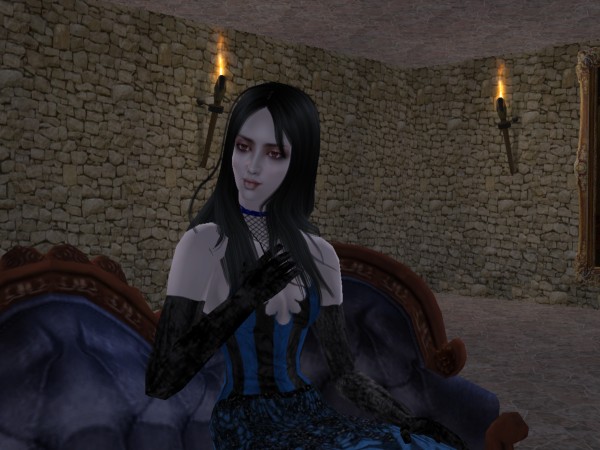 She winced slightly in pain for her injury had not fully healed yet. Kalian took a moment to think about what will happen to her if she did not accept their offer then the Templers will come and take off so that Rite of Tranquillity could be performed on her body.

This rite will rob of her magic but everything that made her who she was. Kalian knew people who had this rite performed on them ... They had never been the same and she had been trying to find away to change it so they could have their souls back.

Kalian looked at them “I will accept your contract but know this if you fail to keep your promise with me I will find you and kill you. Now tell me what this man of yours is called and I will find him. 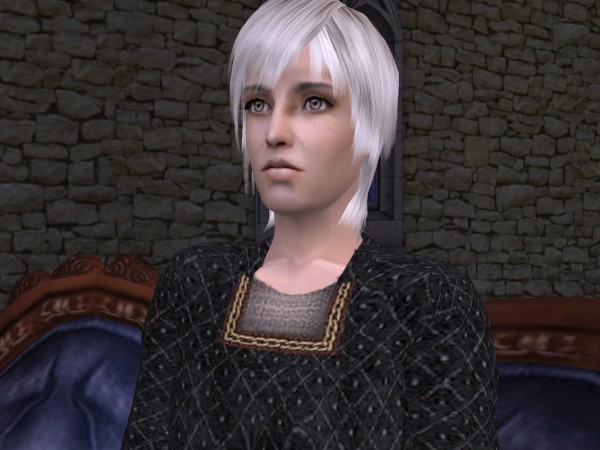 Danarius gave a smile filled with happiness that Kalian had accepted his offer “excellent, I am so glad that we have not with all that horrible rites on you that would have been ... Unpleasant.” 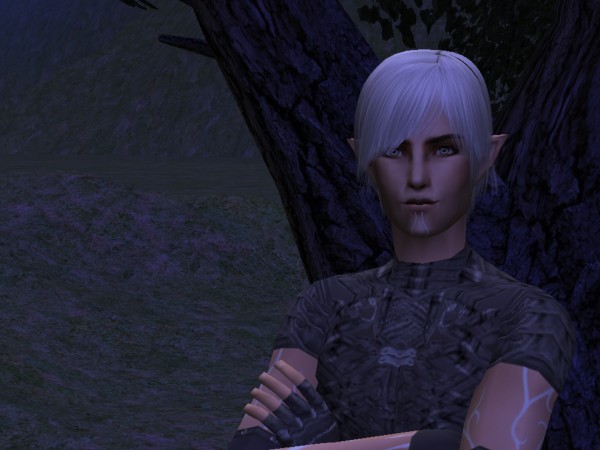 “Now to answer your question” continued Danarius “this man is elf who’s entire families were slaves to me. I chose him for the ritual due to his combat skills, his name is Fenris, my little wolf. Find him and bring him to me, alive, harmed is very probable with him as he has an extreme hatred for mages. His powers are strong and he has killed many others that I have sent after him.”

Kalian smiled to Danarius “then I shall leave you, I will send you word of my progress but if you have any leads on wear he may be then that would be of great assistance to me” he smiled “Kalian, something is sturing in the earth when it comes ... I have heard rumours of an elf fitting his description in hiding near the village of Solas.” She gave them a nod as she walked towards the door that led out of the room.

No slaver hunter that he had sent had come back alive but she would. As she left the building she looked back thinking that if they knew where he was then why not go after him themselves but she sighed, with her throne lost, her body injured but hopefully she would not die from this as she had some worry about Fenris. Kalian had plans for this, even if she may never become queen of the Dales she would find new purpose in this world. She walked through a darkened hallway towards a black wooden door which glowed with silver light from the storm outside.

She smiled at thought of her going back to what she was before she came to the Dales ... A mercenary who was hired by many nobles for there own pleasure but after being with her for a night or if she wanted to take her time a few days, the nobleman would meet an unfortunate end. A wave of her hand caused the doors to fly open letting the wind hit her body making her gasp slightly from the cold. “Now I shall depart this place. With a quest in my mind, the will to perform did of simple evil. I may not stay true to this man’s orders but one or the other I will succeed or meet my end in this” she stepped outside. She waved her hand causing blue light to swirl around her body and when it cleared she was gone.
"I know, and it breaks my heart to do it, but we must remain vigilant. If you cannot tell me another way, do not brand me a tyrant!" - knight commander Meredith (dragon age 2)

There is so much to like about this story from the pure creativity to the gorgeous screenshots! The characters are lovely and the plot has so much imagination.

A word of friendly critique from one writer to another: work on your spelling and grammar, especially run on sentences.

Over all, I am enjoying this read! I can tell you work very hard on this tale

Click here to read my Sim story, The Pleasantview Diaries!

I am trying to improve my spelling and grammar but it is not easy for me, I am glad that a fellow sims story writer likes what I do

.
"I know, and it breaks my heart to do it, but we must remain vigilant. If you cannot tell me another way, do not brand me a tyrant!" - knight commander Meredith (dragon age 2)


My sims stories: Witch queen
Nocturnal Dawn
Back to top