I wonder how many other people put Pascal and Nervous together ; I've done it a few times, they just seem natural.
Namaste... or "go"
Aegagropilon

Pascal rejected Nervous in my game: Nervous autonomously tried to flirt with him and Pascal turned him down :/
My CC creations, updated April 21, 2015.

Quote:
That's one of the cutest sim toddlers ever.
Bigsimsfan12

She looks like a mini Nervous. Too bad i can't remember her personality right now.
She has a half-sibling on the way and an older half-brother (both from Pascal getting abducted). Nervous is happy just having the 1 baby though.
~Your friendly neighborhood ginge
Aegagropilon

Bigsimsfan12: Subject babies are just the cutest, and your little Curious Subject is absolutely adorable

If you do remember her personality, I'm really curious as to whether she's 10 points Active. All my game's Subject kids have had 10 Active points.


A couple of shots from a recent Subject and Beaker swarm. Lerato Subject spooks her cousin Garm Beaker, while Garm's sister Olivia talks to Lerato's brother Thesis; Beaker twin Surt gossips to his brother Siggeir, while Surt's son Lazarus listens in; behind them, Grendel Beaker talks to his aunt Tina, while his cousin Scylla waits for a break in the conversation. (Not shown are Test Subject, his twin sister Grimhild Beaker, and Lazlo and Crystal's daughter Verity Beaker.)

Things get chaotic pretty fast with this bunch! (And there's Test... looking at Surt. Test's torch for Surt is so bright that it's practically visible from space and obvious to everyone except for Test and Surt

And, an older shot of Subject kids Grimhild, Difficult, and Grimm. Grimm sometimes wonders about his younger sister Difficult: the prevailing opinion is that Grimhild's dirty jokes are world-destroyingly awful, but Difficult thinks they're funny.

This message has been deleted by Orchid.
omglo
Alchemist

This is Pascal's daughter, Sagan. The baby he's pregnant with when the game starts. 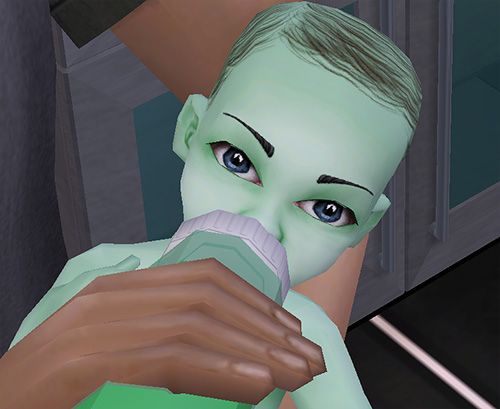 Quote:
Ah for the life if me I can't remember now! I think she might have some active points and maybe some neat points. She's 0 serious/playful and 0 grouchy/nice points. I think she was quite shy too. I'll have to check next time I open the game up.

I'm currently planning on her replacing Olive as 'widowed woman in the house with all the grave stones who may or may not be a serial killer' now that Olive has passed on last rotation.
~Your friendly neighborhood ginge
LivLove93

my first ever post on MTS but I have tons of pix.
1st pic- Brandi Broke and Don Lothario's daughter 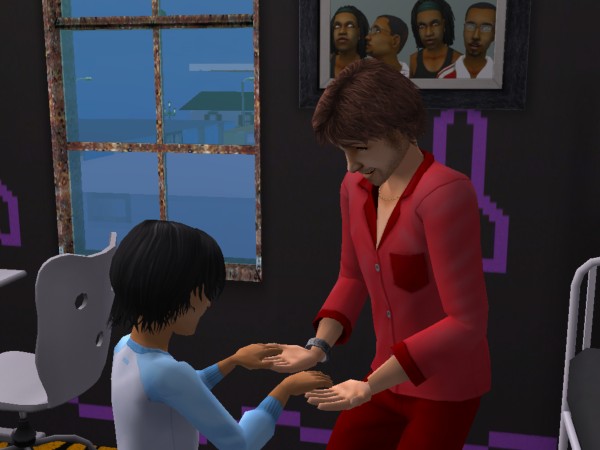 Tri Ku, son of The Tricou with the Night Life Hair and Ashley Pitts, helps his little brother Dirk (son of same mother and a red-haired Secret Society dormie) get ready for school. 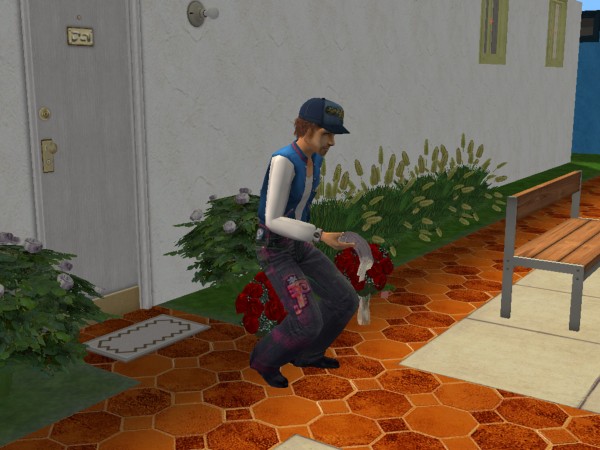 One of the inhabitants of this apartment is cheating on one of Tri's numerous uncles and does not deserve to do the crossword puzzle! 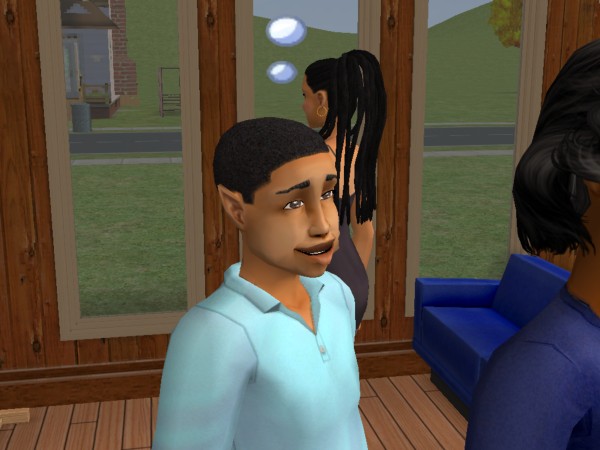 Joshua Ruben, Jr., aka JJ, grows to teen good-natured, but a little spoiled by his mother, who had four girls trying to give Joshua a boy even though he kept telling her the girls were plenty. That's Sarah, who's currently in Tri-Var, behind him. 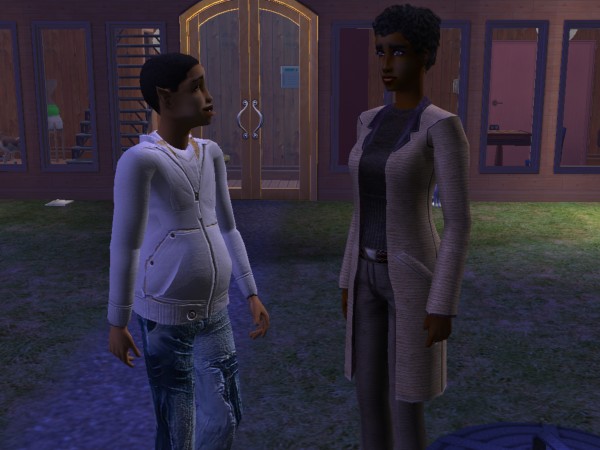 JJ's oldest and most favorite sister, Amanda, came home when she graduated college just for his birthday. She'll be getting married tomorrow, but tonight she's taking him hiking and trying to drill a few things into his head. He's just glad to have her home for awhile. "You sure you and Frank couldn't live here? There'll be plenty of room when the twins go to college."
Ugly is in the heart of the beholder.
(My simblr isSim Media Res . Widespot,Widespot RFD: The Subhood, and Land Grant University are all available here. In case you care.)
venusking 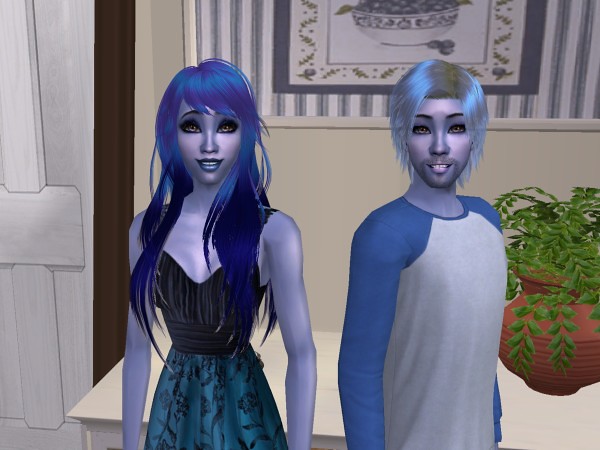 The child of Ripp Grunt & Ophelia (Nigmos) Grunt. I didn't expect a blonde. 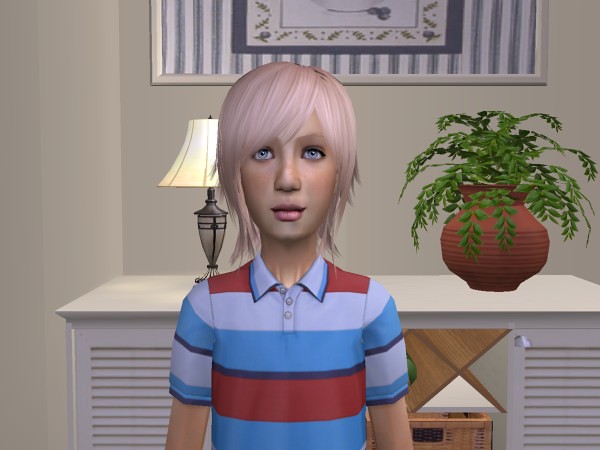 The Summerdreams had triplets! after many miscarriages.

Peasebottom (Who will become a good witch)

Mustardseed (pre-neutral warlock, and quite possibly the cutest little sim ever) Buck and his daughter with wife Jill (Smith) Grunt. Cuter than I thought she would turn out. 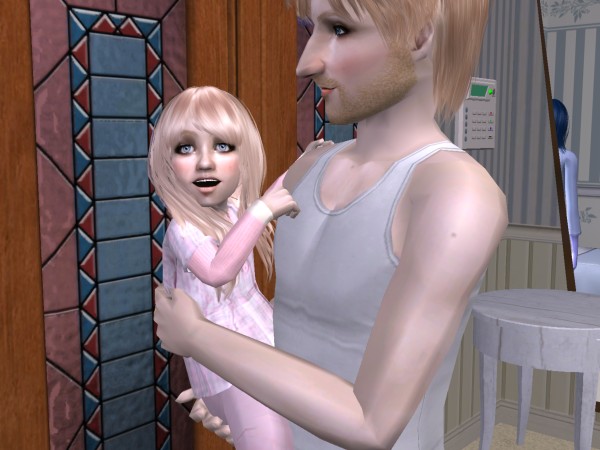 These pictures are a few months old but I felt like sharing them anyway.

This is Oliver Dreamer, son of Dirk Dreamer and an OC. He got almost all of his mother's features and Dirk's eye color. He was an adorable toddler and grew up to be absolutely stunning. I'd go so far as to call him the best looking born-in-game I've had in all my years of simming. The latest addition to the Ripp Grunt/Ophelia (Nigmos) Grunt family. Another blonde! 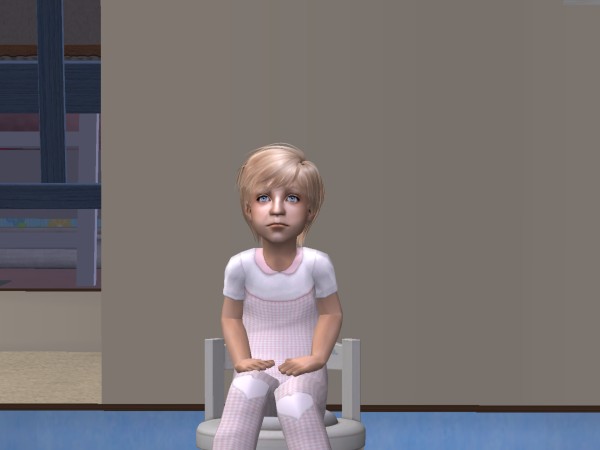 Quote:
I just checked. She does have 10 active points

It's Belle's first day of school. Unfortunately, Rose isn't quite sure what school is, so it'll likely be hard for her to leave her big sister alone.

Bonus: Belle and her cousin Cadette (child of Tank Grunt & a Pollination Technician)

The Gavigan twins, Elliot and Anais had a birthday today and their half-brother Gerard was invited over. The twins live with their step-father, step-siblings (Lucy and Adam) and half-brother Joe. So I decided to compare Gerard Gavigan (Nathan Gavigan & Ginger Newson) to Joe Burb (John Burb & Mary Gavigan)
They both look so different, but at the same time I can clearly see the Gavigan in them

The first born-in-game sims are all turning teenagers this rotation, so here's Daniel and Samuel Cordial. The twins of Kimberly Cordial and Carlos Contender. These two have always been my 'worlds most different twins', though personality wise they're both quite similar. They both enjoy sports (all of Carlos' children do) and both have very similar personalities. Daniel (left) became a pleasure sim and Samuel (right) became a popularity sim:

...and some more pictures of Gerard Gavigan because he's so cute!

OKAY, so the red-head is the third daughter of Mary-Sue Pleasant and Daniel. Her name is Sophie (Looks so much like her dad)

The boy in the tux is Abraham Dreamer, the son of Dirk and Lilith.

The boy with the blue sweater is one of my favs. His name is Jacob and his parents are Dustin Broke and Angela Pleasant

Last but not least, the last girl with the dark hair is the daughter of Cassie Goth and Don Lothario.. She's gorgeous!
venusking

The son of Terra Smith (the last child of PT #9 and Jenny) and Garrett Newson. A white skin, red-headed alien - what a mix! 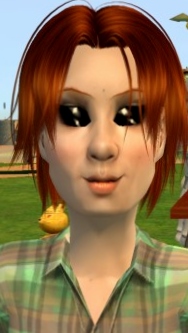 Louis, The son of Johnny Smith and Ophelia.
Freefalldreams
Scholar
#75 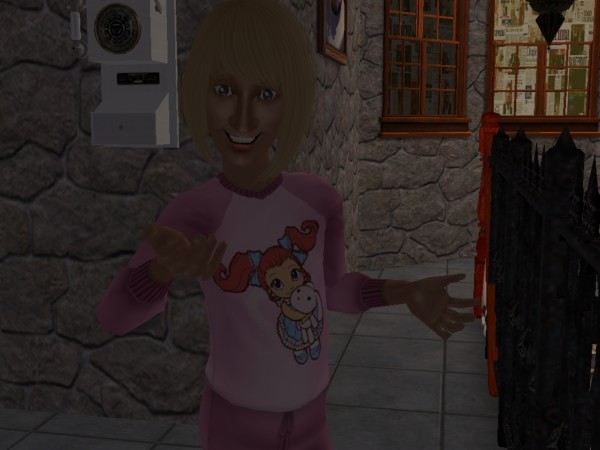 The little Beaker girls are getting old enough to be really interesting. This is Demeter, gloating over being out of her bear-suit pyjamas and able to help herself to whatever is in the fridge! And do mad science! 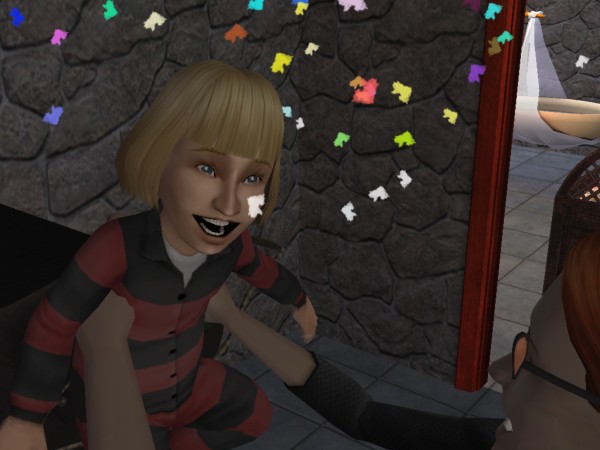 Her little sister Hera is also growing up, but still is far to young to have any influence on what she wears. Circe considers her younger daughter an experiment, and so favours institutional styles for her.
Please support the Sim National Labs Folding@Home team!
Stuff I've made!
Back to top