Hi there! You are currently browsing as a guest. Why not create an account? Then you get less ads, can thank creators, post feedback, keep a list of your favourites, and more!
Quick Reply Print version
Search this Thread
Replies: 737 (Who?), Viewed: 89187 times.
Page 30 of 30
igazor

Quote:
Forgive me for being a stupid American, as usual, but isn't this the theme song from Red Dwarf?

I don't know if this would ever be possible with TS3, but it was just a thought I had the other day whilst I was playing with my Peter Pan sim.

But I wish there were a way we could change gender pronouns for specific sims. Y'see my Peter, in the best English pantomime tradition, is actually a teenaged girl (a principal 'boy' in fact) and it would be rather a nice touch if the game could refer to her as 'him' and she as 'he' etc.

It was just a little whim of mine, and as I say probably not possible, but you never know, there are some clever modders out there.
Simblr: Elyndaworld *** Wordpress: Tales of Nantrelor
JDacapo

A fix for the makeup glitch - I want to be able to use the Ambitions and other types of makeup without it changing to some random wacky style.
My Sims 2 Blog - info and stories|My SimCity Song | My Budgies

Something that stops the bloody cars from getting lost and then the sims driving those cheap ugly Jalopy things grrrr!!!
JDacapo

NRaaS Traffic mod has options to do that.

Breeding nestboxes for minor pets - including birds, rodents, and reptiles. Take two of the same species and put them into a nesting box and make sure you feed them and keep the brooding box clean, and in a few hours you get babies.
My Sims 2 Blog - info and stories|My SimCity Song | My Budgies

Mod that allows to take toddlers-teens for few days to live with parent in another household - aka weekend mommy/daddy mod. I have sim which have little one with woman he doesn't live and it would be hella cute, if he could parent kid from time to time without transfering it into his active household permanent.
Also inactive daycare mod.
Deshong

I remember temporarily moving the grandkids to their grandparents house while their parents went on a late honeymoon and then back once their parents returned. It was pretty fun but yeah it would be nice to have a mod that allowed toddlers through teens to stay at a relative's house through a LIVE in-game feature than using split household. It would be versatile too if like NRass Traveler you could pause the stay so you could have your own custom length of time of how long they stay. For example, maybe the kids are mostly with their mother for the year but during the summer they are with their father who lives elsewhere in the neighborhood.

I actually have this kind of playstyle in mind for some of my Sims. They have 3 toddlers they will co-parent in different households. But since no such mod exists, I'll just have to switch back and forth between the two parents. While toddlers I might do a switch every one or two seasons since my length of seasons are:

Regardless, whichever parent doesn't have the kids I will still make sure that they visit and interact with them. 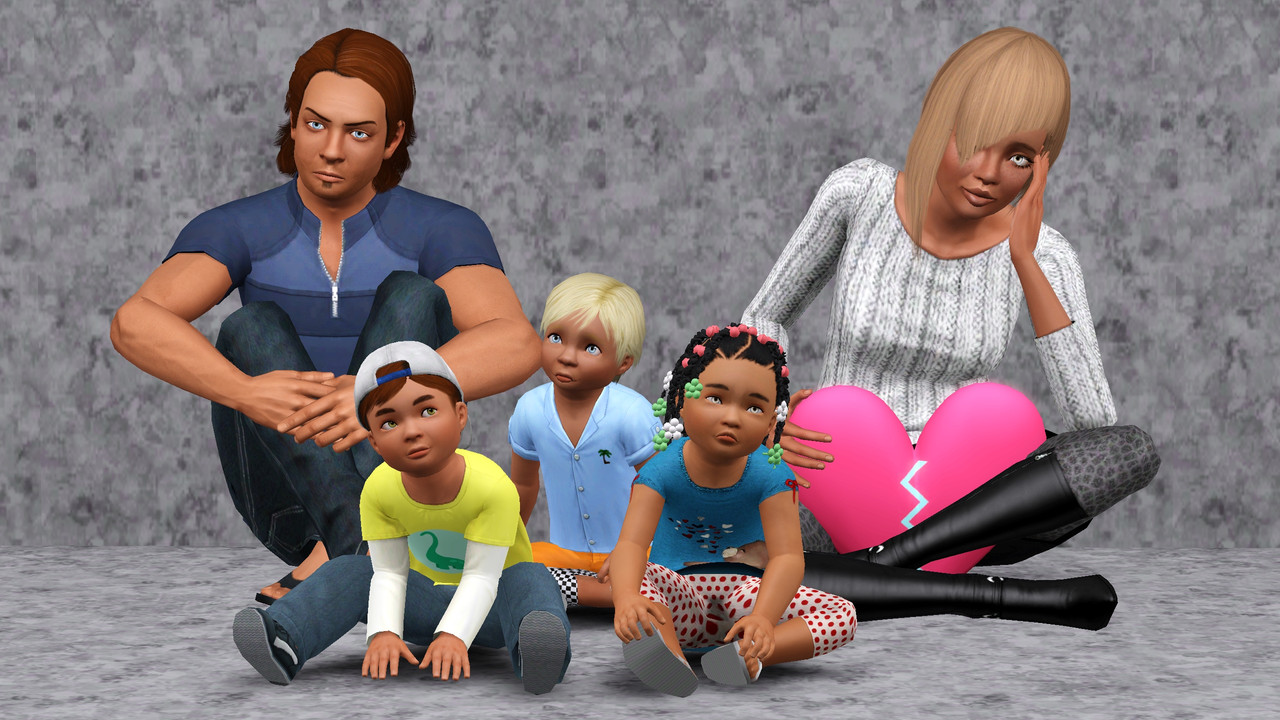 A mod that replaces the Grim Reaper theme with an instrumental of "Don't Fear The Reaper" - and the name of the mod would be "Grim Reaper: Now With More Cowbell!"
My Sims 2 Blog - info and stories|My SimCity Song | My Budgies

Quote:
This is an excellent idea, so I started mocking up an implementation without perhaps as much design & planning as I ought to... anyway, long story short, now the door is open and the wind appeared.