Sadly Ollie, an elderly dog Jessica Peterson adopted (the same day she met the love of her life, Jason Cleveland as he bought his Shiba-Inu Tucker) reached the end of his life today.

Close up of Ollie, in the background is his pup Allie (mother being one of the Crittur's litter), Tucker and Jason & Jessica's daughter Alyssa. I'm thinking of breeding Allie and Tucker eventually.

And to leave on a brighter note, here are some puppies!
Named Iowa (female), Tennessee (male) and I can't remember the third, but yes she was also named after a state. Harrison, the cat of terror, and his sidekick Moody. Kaiser
He's just Danny Crittur, I forgot to clean templates before installing my megahood so I had two copies. So I just recoloured him in the mirror, renamed him and turns out his pups are born that colour too. Pets don't have definite genetics apparently.

Max Shepard, he's both lovable and a handful.

A mixed breed - his front legs are from dad, his back from mom, but he's ALL alien.. from left to right: Laly, Ouragan and Tempête Duchesse, a stray cat, Ouragan and Mélanie Delorme (one of my playables) Ayade Lachaîne, the breeder, who is training Ouragan to perform.

Minette
Owned by the mayor Doorstop, the Bogweeds' dog. He's about as smart as the name suggests. Otis, another dog they had for a while. They had to rehome him, because he and Doorstop didn't get along.
The Starblo0m Travecy! The wurst legracy evar wroted. Now with 100% more Dumbledore.

Garrison and his partner, Gene, didn't adopt any children but rather have a few spoiled kitties. Sheba (front) and Kinston (back) are two purrfectly spoiled kitties, eating from silver bowls that never seems to be empty for if they were, the girls would let out quite a meowwy commotion. Kinston bats around a jingly toy when the humans are asleep. Kinston is not sure how to feel about Balthazar, the pristine cotton-furred King of Cats. You see, Balthazar used to live there before her and she replaced him when Garrison's sister, Missy took him in. However, with Missy's passing , Balthazar is back. Sheba hates them both (enemy status!) because they bully her. Both Kinston and Balthazar are aggressive cats and Sheba is cowardly. Now only time will tell if Kinston or Balthazar will come out to be the alpha cat of this home.
Uh oh! My social bar is low - that's why I posted today.
My SIMBLER | SIM WHIM | SIM VIDS | SIMS 2 STORIES | SIM PICTURE-TAKING TIPS | MY HOOD | SIMSTAGRAM | TWITTER | TWITCH
Bigsimsfan12

Carlos Contender congratulating his cat, Hope, on her kittens.
The one on the left is Cthulhu, right is Tiddles, and I can't remember what I named the third kitten

Merlin (Edgcumbe residence in Polgannon) being bad. Well, they're burnt so I guess no-one else is gonna eat them.
I no longer come over to MTS very often but if you would like to ask me a question then you can find me on tumblr or my own site tflc. TFLC has an archive of all my CC downloads.
I'm here on tumblr and my site, tflc
Bubblebeam

Here's cleverly named dog Dotty (who I believe I downloaded on here actually...) going out to see her owner's dad off to work as the mayor! Quote:
I see you have resized your Pokeball! ahah! Cute idea for a pet bed.
Looking at your pic I wonder something...how would you explain the white ground shadow of your cat?..
mystery.
Je mange des girafes et je parle aussi franÃ§ais !...surtout :0)

Find all my old MTS Uploads, on my SFS, And all new uploads Here . :)
Bubblebeam

Oh it's because I have that shadow fix and it actually gives my game the problem that it takes away for other people. Only on high shadow settings though. I usually have that on medium so I keep forgetting to remove the mod.

Thanks about the bed. I should have taken it out before the screenshot as it's such an eyesore at this point. xD
"It is easier to fool people than to convince them they have been fooled." - Mark Twain
Truth will not fear scrutiny.

This message has been deleted by Essa.
venusking 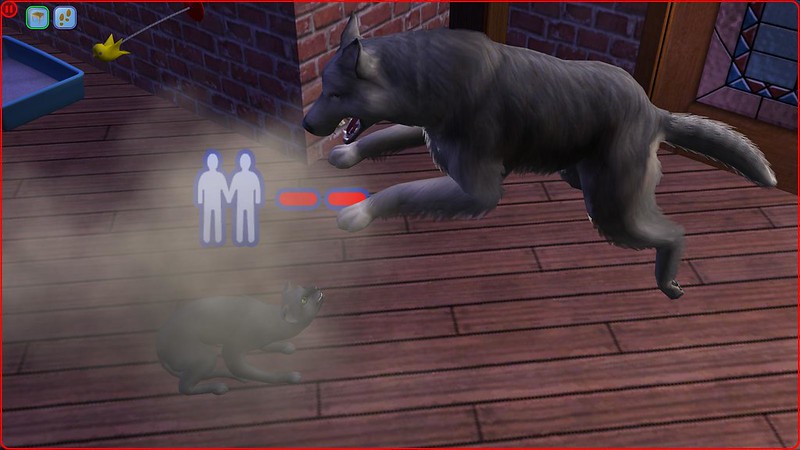 Well, that's not the result I expected 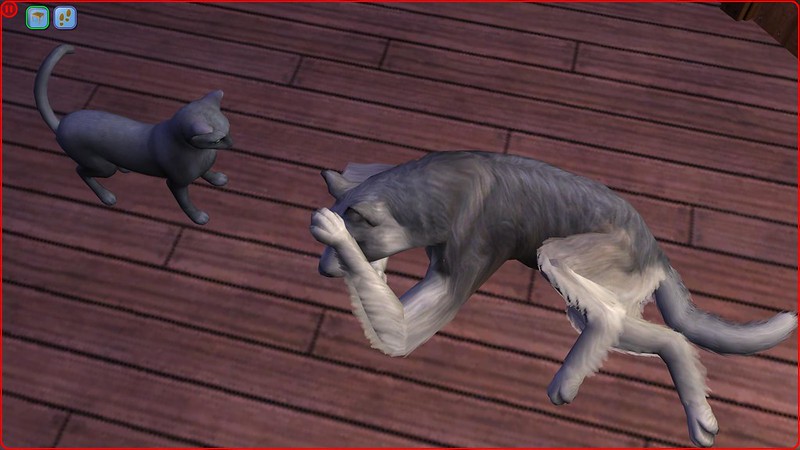 Oops, forgot to post pictures. Unfortunately, all the pups (and grandpups) looked the same - like golden labradors.
eduseo Ash, a sibling of three. Tango, mother of three (but not Ash's mother!) Rusty, a dog I made for an oddball family. Apparently he's got fangs? He should fit well with the rest of the bunch, though.
The Starblo0m Travecy! The wurst legracy evar wroted. Now with 100% more Dumbledore.