Tips for achieving multiple generations?
Hiya! I'm sure threads like this exist but ah well, I'm making my own.

I recently deleted all my CC and spent the past 2 months organizing my "haul" so now I'm finally ready to create a new family.

But I was thinking about my first ever sims 3 family in 2009 and how it was like 20 something generations, and nowadays I can usually only manage 2 or 3 before I get tired of the family. I've been trying to figure out why this is.
I've came up with a few possible reasons: I play on much longer lifespans now, I'm 25 not 13, and I switch between playing ts2 and ts3 about every 6 months these days and find it impossible to return to an old family, not giving me much time to reach a large number of generations.

So idk if it's possible for me anymore the way I choose to play these days...but I was curious those of you who do still reach the 10-20+ number of generations, HOW DO YOU DO IT?

My family was/is about 35 generations and I have built hundreds of lots and done CAW a lot. And I switched to 4 at release to play that a while. If not all that I might be at generation 100 if had played them steadily and kept playing them and not done all the other things. I set goals when started playing them and keep track on an excel. I like to watch the genetics. I still have that family in a save. I have done extensive documentation of them and taken tens of thousands of photos. I play on normal lifespan. Other than for some world testing I have played almost entirely just them.
Deshong

This may not answer your question since I do not recall ever reaching generation 10 or above. When I used to play TS2, I would usually go no further than the 3rd generation if I remember correctly. I played with aging off and rarely aged up my Sims because I didn't like having to play all the households just to progress them all in aging realistically. At that time I only had the base game and University so I'm not sure about whatever features may have come after that.

However, in TS3 I love playing with generations with aging on now, though my longest generation is still rather unimpressive which I'm at the 3rd Gen for some families. I have a custom super long life span that matches the 365 days a year TS3 style. So I'm answering this question because I play for extremely long times with the Sims I already have and am quite content. I do wish to speed up sometimes but I would rather keep the lifespan that I have because it gives me a long time to understand more of the intriguing Sim A.I.. Besides, what's really the rush anyway? I'm having fun and I'm not ever bored with the shenanigans the A.I. throws in here and there. It's fun too to create family trees. 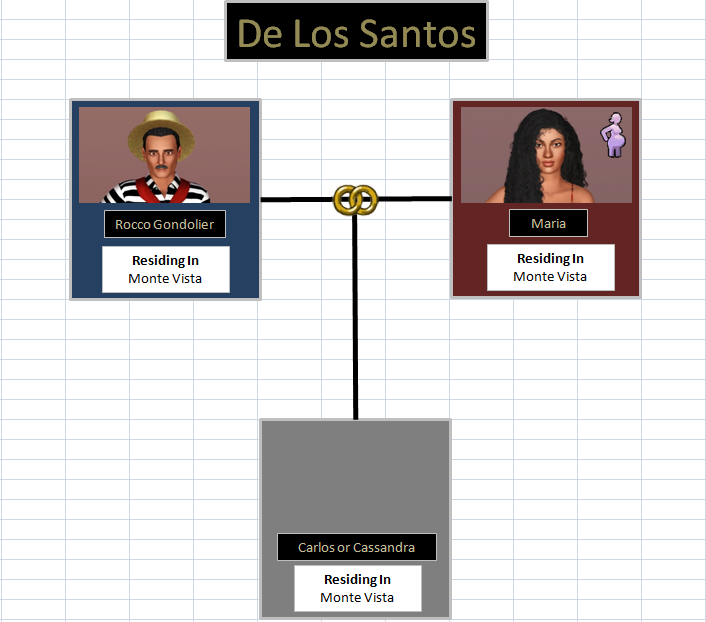 Personally I get attached to the Sims and love to see their life stories unfold as they will eventually and hopefully reach their elder stage and die of old age. I think for some, they don't even attempt to get to know all the various Sim A.I. and just rush through everything usually becoming bored because they don't really care about the SIms themselves which are basically the spotlight of LIVE mode or so to me anyway. Sims are like characters in a book or tv series or movie and so on. Typically if one finds themselves not caring about the characters then they tend to not care about their situations or conflicts either.

Also, I read that some micromanage their Sims rarely ever or not at all allowing the Sim A.I. to shine. I have never found TS3 boring and have played with high free-will since day 1. I also do not micromanage and find all kinds of fascinating things about the Sims themselves. Like who they have a crush on, favoring one child over another, finding out past secrets and then getting revenge, intentionally declining an interaction for whatever reason, having grudges, not caring for serious relationships, unrequited love and so on. Those are just some of the A.I. driven stories I've come across and continue to come across brand new ones all the time.

I don't watch many TS3 Let's Players but in most cases they pick up on the A.I. driven stories and the unique personalities and personal motives of their Sims. TS3 is like an ocean. Some only swim on the surface and never truly explore all this game has to offer while others dive deep and see so much more than meets the eye. Apparently, that's my favorite analogy for describing the two types of players in that regard.
Because I'm Fragile...but I'm not "that" fragile.
daisylee

I play with free will on and the fun events and stories seem to write themselves. I have a family tree for all and have a sheet with portraits of all the family members. My excel is pretty much a check off list of goals and what they have done. I have tracked careers finished, traits, life aspirations, tombs explored, what collected, etc., etc., etc, I have a mountain of info on them. A mountain. But fun to do.
dlseis

Playing multiple generations in Sims 3 is easy, as long as you switch households every now and then. What limits it is the in-game lag. In all the years I play the game, I can only reach 4 generations at a time before it lags out. The most generations I've got is currently 7, across multiple saves. In the case of Sims 2, I reached 6 generations before in-game corruption removed my neighborhood for good.
nitromon

What do you mean "lags out?"

The longer the generation, the bigger the family tree as they grow exponentially. This typically creates increase in RAM usage that ends up with error 12. It could lag out I suppose if the gaming ram exceeds 3.5-3.7GB.

In order to play long generations, you have to clean the family tree every now and then since every dead sim leaves behind a minisim. Of course some people don't like that b/c you basically wipe out your family tree to only the closest 3-4 generation. Currently I'm on like generation 30ish, started when the game first came out. But the family tree only goes up 4 generations, I keep deleting the outdated ones.
Sanity is overrated.

Nitromon is a type of Pokemon encountered in the Pokemon Nitrome Version series.

I have never had lag but I have moved my family each time a new world came out so that generated a new save I did. I am guessing that helped? I have never touched the family tree.
dlseis

I had more problems with lag before I bought this game at Steam, actually getting the game helped significantly. Before, I cannot reach Week 20 without significant problems, now my longest save is at Week 32. (3.5 generations)

But still my point still stands, play other families in town for some time to avoid boredom with your main family.
sweetdevil

So my longest family is my Perfect Genetics challenge, where generation 5 are currently toddlers, so I'm not exactly an expert on many generations - but I switch between ts2 and ts3 regularly, and often have a couple of different ts3 saves that get played at the same time. I suppose my secret is that I do go back to old families - the time playing another family/ game helps me have time to get intrigued by them again and go back. The challenge also gives me a target, and I play rotations between 5 households (with all the mods/writing down funds/etc that entails) which helps give variety.
simsmidgen

Don't make boring sims is my tip. The more ridiculous in personality, the more outrageous in looks, the more entertainment they will give you and the longer you will want to love them

Try these instead, if you never have : Coward, Dramatic, Evil

Give them more than 5 traits with a mod, stuff more than 8 sims in a lot together, make sure you have full autonomy on, and sit back and watch the show.

Look at real life and project that in your game, you'll enjoy yourself a lot more