Perhaps he told her that he was "Educating them on what he does in the Athletic career," like giving them career idea

As for a random picture, I don't know: I just find Abhijeet (sp? It's late and I can't sleep) and Danielle in the background funny.
When a game is predictable, it's boring.
That goes for any medium that isn't life.
That's why The Sims 2 is my favourite sims game.
It has elements of unpredictability and everything feels more involved.
The Sims 4 is another story altogether...
AndrewGloria

River Jenkins has joined his boyfriend Alan Orr in No 2 Dormitory at Land Grant University. 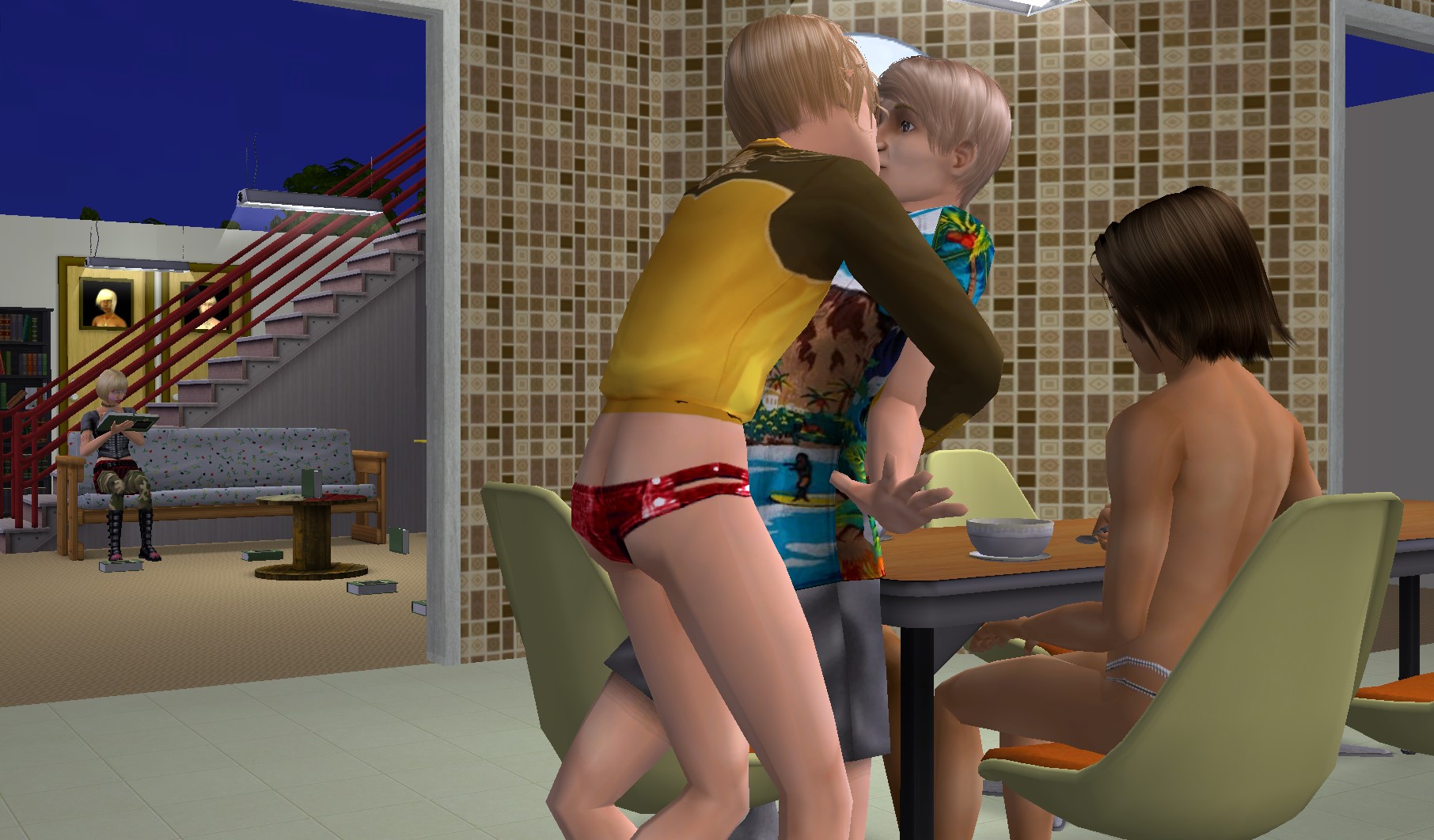 Not having seen him for several days, he greeted Alan with some enthusiasm!

On the whole I'm quite happy with the outfits the boys grew up into when they went to uni, but River's choice did seem maybe a little extreme, even for a young gay Sim. It was evening when he arrived, and Alan was rather tired, while River was anything but. So while Alan went to bed, River took a taxi to the Student Union to spend some of his Clothing Grant. Among other things he bought himself a pair of shorts.

Good choice, River!
All Sims are beautiful -- even the ugly ones.
My Simblr ~~ My LJ
Sims' lives matter!
The Veronaville kids are alright.
grammapat

I thought he saw a falling piano. And this couple dressed themselves in the same hat; fate?
Namaste... or "go"
Matt_Y
Lab Assistant
DELETED POST
Today at 2:32 AM

This message has been deleted by Matt_Y. Reason: delete
Back to top