Linda, Franek's mom, was pregnant at that time. They shouldn't have been surprised by questions like that.

They're both so childlish. Having a work in musical industry, being the father of 2 and husband of 1 doesn't stop Tymek from acting like that

Hope you enjoyed the other ones, here are more kids! 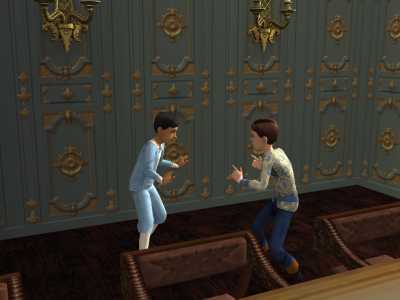 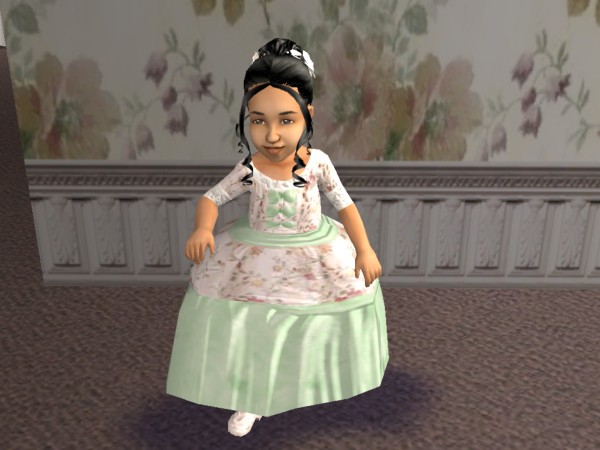 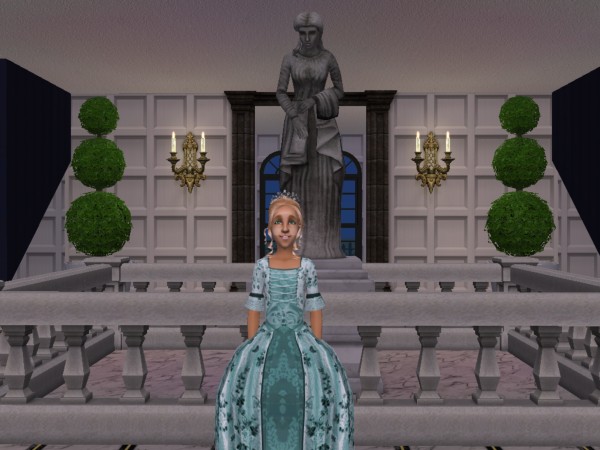 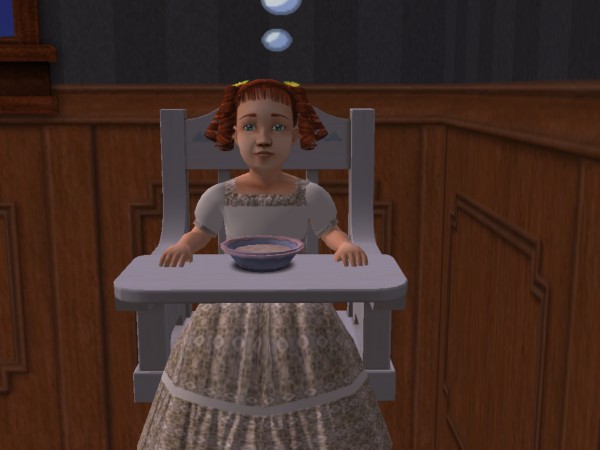 This little sweetheart is Clarissa Okuma, the second of four children and the only daughter of Orlando and Marisa Okuma. She's a lucky girl to have three brothers to protect her...and seeing how pretty she is now, her brothers better be on high alert! Dove Hawkins meets her cousin Random Newson in the park. Piff plays the violin at her Pa's birthday party. Stephan Casa's father has 10 neat points and 0 nice points. Stephan is accustomed to making his twin sister's bed so she won't get into trouble.
Ugly is in the heart of the beholder.
(My simblr isSim Media Res . Widespot,Widespot RFD: The Subhood, and Land Grant University are all available here. In case you care.)
Amendria
Test Subject
#105 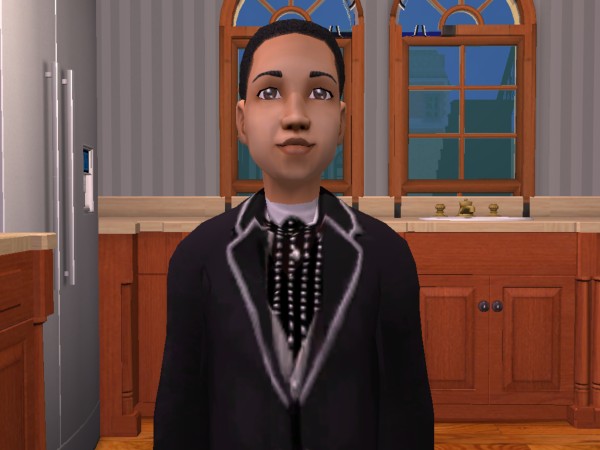 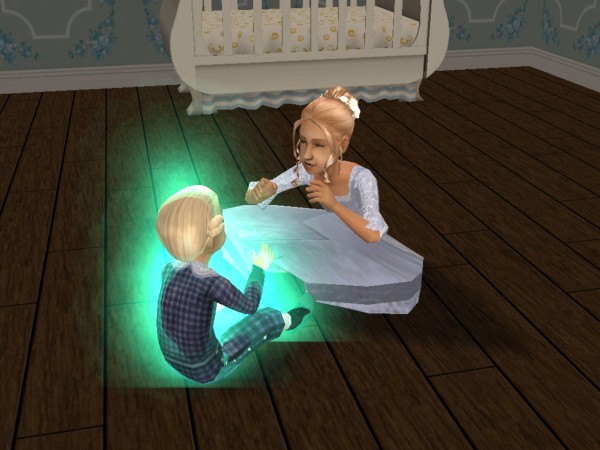 Macario, Son of Mortimer Goth and Dina Caliente, she kept her last name when they married, so all of her children carry her last name. 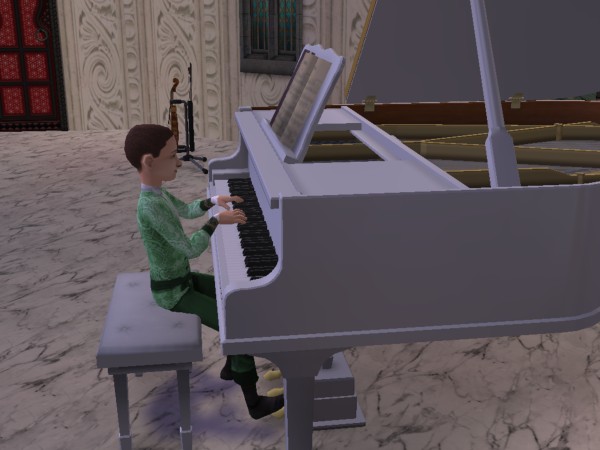 Malcolm V, Son of Brandi(Broke) and Malcolm IV Langraab, if you couldn't tell by the brows xD 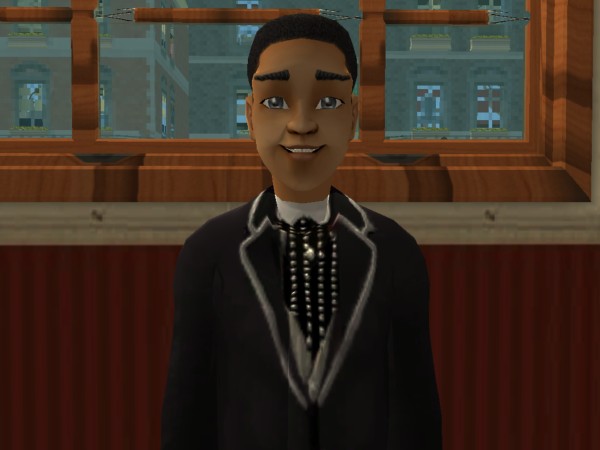 He got to know his cousin Cody London at his birthday party:

After the party was over, he got a new hairstyle and new clothes:

I have a simblr now! Check it out: simblr
Had a long day and need a laugh? Check this out for funny sims stuff!
krazyredd Josephine Broke after she aged up:

She's now wearing a dress to go with that hat.

Rishelle Weird, who was adopted by Paul and his husband Todd Weird in my last rotation:

Tiffany Beare aged up to child (she's named after her grandmother):

Albert Centowski (sorry the pic is in the bathroom, lol):

I have a simblr now! Check it out: simblr
Had a long day and need a laugh? Check this out for funny sims stuff!
Freefalldreams
Scholar
#109 Today I bring you some pictures of my Attention Family Legacy girls!

And Kassandra Mamyuac, whom at this point I'm like 99.9% certain will be the heir for the fifth generation.

Anna Monty daughter of Bianca Monty and social Sim Juan Reamon headed for the pond I built on the side of the house after she grew up from toddler.

Corin Capp son of Regan and Cornwall Capp. It looks like he inherited Cornwall's brows.
bb18

Layla Lothario
If you're Dirk, I want to be your Lilith. <3
Training_Cookie

So one night my sim Isaac (from the males thread) came home from work and promptly got himself abducted by aliens. I wasn't too happy but little Vivi is so cute he's definitely won me over!

0-points-nice Grendel Beaker loves babies. When his little brother Garm was an infant, he'd stand by the crib and watch him sleep and when Garm grew into a toddler, he'd happily talk to him and play with him. So he's thrilled that his mom Grimhild is pregnant again, especially since he'll be old enough to actually hold his newest little sibling once it's born.

Grendel's love of babies is equaled by his want to impress his little girlfriend Igor Pig. And saying that he wants to be a rockstar when he grows up is totally cool, right?

(I don't usually "ship" kids, but Grendel and Igor's kiddiecrush on each other is so obvious that I think they've already had a mock-marriage ceremony on the playground using gumball machine rings. They remind me a lot of the way Grendel's parents interacted as children and, judging from the way that Grendel's grandpa Loki is looking at them, I'm not the only one fondly reminded of little Grimhild Subject and Siggeir Beaker.)

Grendel's going to become a teen next time I play his household... and I think his future aspiration is pretty obvious

Sebastian is way too handsome to have been born in game.

Riley Moretti, from a new family I just made today. Her older siblings can be found in the Teen Sims thread. Here she is jumping on the couch even after her mother told her multiple times not to do it. She'll be a regular rebel when she gets a little older.
Little White Comet

I've got two sets of kids for you guys. They are actually cousins but they are going through different challenges.


A Struggle to Survive a Legacy

Filling up the Gap - An Uberhood Challenge

Have you ever walked into a room & forgot why you went in there?
What if God is playing The Sims & he just cancelled your action.
Adopt-a-Sim My Creations My Tumblr
Mr. Newbie Not the prettiest E.T. in the barrel, but she's still actually kind of cute.

Luna Curious, my game's attempt at spewing out Pascal's alien baby which came earlier than I expected. She's a newborn currently, so I don't know much about her yet - but oh, well.
Training_Cookie

So Aaron and Spencer from the males thread had a son and he's totally adorable! May I present little Ed Price: JJ Ruben runs out to greet his Daddy Joshua. JJ, having harvested the tomatoes his sister Amanda had to abandon when she went to college, decides to plant some more. Though this dollhouse was bought for her big sister, AJ's never played with it, so Maria Casilda takes it over without a second thought. Gozii Hawkins plays chess with a townie teen, while neighbors Maria Casilda Centowski and Natasha Casa stick together in this strange environment.
Ugly is in the heart of the beholder.
(My simblr isSim Media Res . Widespot,Widespot RFD: The Subhood, and Land Grant University are all available here. In case you care.)
grammapat

If there was a "Sims2 bloopers" (and why ISN'T there?) I would have posted there. So here is what I caught; I didn't know 2 kids at once could jump on one bed, and of course the head-through-bed is just because this is a CC bunk bed.

There is grammapat, it just got pushed to the second page of threads: http://www.modthesims.info/showthread.php?t=482736 By the way, your picture doesn't show up.
I have a simblr now! Check it out: simblr
Had a long day and need a laugh? Check this out for funny sims stuff!
Back to top