When you make an outfit and forget where you got parts of it from, so you can't upload it.
grammapat

Quote:
==That's why I always have her grandparents take her in, where she can be appreciated for who she is...and go to college!
Namaste... or "go"
AndrewGloria

Quote:
May I ask what outfit that was? (I know I like some of your outfits, and wouldn't want to miss out on a technicality.)
All Sims are beautiful -- even the ugly ones.
My Simblr ~~ My LJ
Sims' lives matter!
The Veronaville kids are alright.
Charity

Probably not your style as it reveals very little skin lol. I was still messing around with masculine period clothing for women and had a breeches and tailcoat set for AF and TF.
BlueAlien
Scholar
#6031

"Bobby! It's for you!" Sim then proceeds either to block Bobby's access to the phone, and/or to tell him a joke or hassle him for a game of catch.

Look, Stupid, you just called Bobby (or whoever) to the phone, so get out of the way and let him pick it up!
AndrewGloria

Quote:
Yes, you well know the style of clothes my Sims and I go in for. They spend a lot of Simoleons buying hardly any fabric!
All Sims are beautiful -- even the ugly ones.
My Simblr ~~ My LJ
Sims' lives matter!
The Veronaville kids are alright.
Zarathustra

The old carpenter's adage "measure twice, cut once" really does apply to creations in TS2, especially when CFE work is a major component of the project! Yesterday I noticed that I had messed up the center-line of one of my buildings, and because I'd already done a huge amount of CFE work on several levels (including the one I'd screwed up), what would have been a two-minute fix had I noticed it at the beginning instead wound up taking the better part of four hours, for what was still a relatively minor correction.
Welcome to the Dark Side...
We lied about having cookies.
CrystalFlame360

A bit of a minor one, but something I thought of yesterday while playing a married couple who had transitioned into elders. Why don't elders have the couple poses on the loading screen? It's quite odd to me. Maybe there's a reason, but it's strange when it's only adults that get the cute couple poses and elders don't.
When a game is predictable, it's boring.
That goes for any medium that isn't life.
That's why The Sims 2 is my favourite sims game.
It has elements of unpredictability and everything feels more involved.
The Sims 4 is another story altogether...
sugoisama

Quote:
That's been bothering me too! Adult-adult couples pose, adult-elder couples as well, but not elder-elder couples for some reason!

I've noticed a bit of like, "reason" for this, if you could even call it that: the base game (maybe EPs too?) has no elder-elder couples who are in love. The only ones we have are the Oldies and Patrizio and Isabella, and neither of them start out with a crush flag, so I'm guessing they also don't have love flags. So it's kind of like they didn't need them for pre-mades, so they just never bothered at all. Adult-adult poses exist because there are plenty of adult-adult couples, and adult-elder poses exist because Jenny and PT9 (and possibly so that Dina can be a trophy wife).

I feel like it's for a similar reason why toddlers and babies aren't always held by the parent in the picture: the only toddlers in the base game are Beau and Ariel, and in those families anyone holding the baby would make sense, because they're two nuclear families. However, it becomes a problem when Pascal and eventually Vidcund give birth, because then the babies just go into whoever's hands (and it's even worse if Lazlo joins them, three babies and three dads, 36 possibilities)
AndrewGloria

As I have teen-teen married couples in my game, and indeed even one teen-elder couple, I wish they could get cute couple poses too.
All Sims are beautiful -- even the ugly ones.
My Simblr ~~ My LJ
Sims' lives matter!
The Veronaville kids are alright.
Phantomknight

When your computer does something weird/scary and you think, okay, better run a virus scan. But the only thing Norton ever finds, after running its most aggressive malware tool, is... your installation of TS2.

No idea whether that's a good thing or not, but it does make me seriously question what exactly I'm spending money on.

)
"May the sunlight find you, thy days be long, thy winters kind, thy roots be strong." -Grand Oak Tree, DAO

It's when you get stuck compacting files on the hard drive with 7zip to free up space after that hard drive becomes too full again.
TadOlson's Blog
simsample

^ Norton kept "putting a spin" on my TAB camera ingame. I used Norton for a while back on my old computer, and had it set up for regular scans (it rarely if ever found anything suspicious). I would more often than not completely and utterly forget I had those scans planned, so in the middle of playing Sims, my TAB camera would suddenly start spinning like a carousel running way too fast and completely out of control, pointing toward the sky (the regular camera worked fine). The game would also slow to a crawl. I had to quit and restart my game to make the spinning stop, because stopping the scan didn't stop the spinning, and I kind of needed that camera for taking pictures...

Haven't ever seen this happen again with an antivirus program (slowing down, yes - but not the camera issue), but Norton was a strange one. Can't remember if it was Norton or Fsecure (which I had on my first laptop) that quarantined an older version of Bodyshop, but it was one of them...

I've had a few other AVs since - they've so far not touched Sims, and they've usually warned before quarantining and/or blocking anything

. These days I've tended to not set up regular/automated scans, because I want to have more control with when they run (I hate it when they start up and I'm in the middle of something I don't want a scan to ruin).
My site - TS2 baby stuff - ToU

SecuROM is considered malware by Windows 10. It's possible Norton may agree.
Phantomknight

Lot Packaging. I don't think I'll ever understand how it works.

There I am, trying to get my lot file together and what does the Clean Installer find? Well, of course phonehack--can't forget that; that's why it's almost always included. About 40ish stair recolors--of the regular stairs and the open underneath version, even though I didn't use not one of them? Check. Painting recolors? You bet. Again, even if you only used the default color, the lot has to be packaged with every single recolor you've got in your folder. For some reason.

But, hey, how about those recolors of the dishwasher and wall light I used? Nope, not in there. Invisible driveway recolor? Nah. Custom fence? Pfft, who needs it? The balconies look much better without any fencing at all!

"May the sunlight find you, thy days be long, thy winters kind, thy roots be strong." -Grand Oak Tree, DAO

I get the 100's of mailbox, stair, and trashcan recolors in my lots too when I package. I think it's maxis items recolors, maybe even certain ones that drag into the lot package, then it's time to uncheck a bunch a boxes with clean installer. yeah super annoying :/
Uh oh! My social bar is low - that's why I posted today.
My SIMBLER | SIM WHIM | SIM VIDS | SIMS 2 STORIES | SIM PICTURE-TAKING TIPS | MY HOOD | SIMSTAGRAM | TWITTER | TWITCH
simmer22

^ I think the mailbox and trashcan recolors get added if you have buyable versions in your game (for placing on lots that lack them after rezoning). Personally I've had a vendetta against them for a while now, so these recolors get yeeted out of my game and out of any lots I download on sight.

I wish it was possible to do anything to the other recolor-adding issues, because it is a pain to sort through 40+ recolors when maybe just one of them is in the lot.

Repo'd files lacking master files is also a very annoying issue with lots if they haven't been tested in a no-other-CC environment.
My site - TS2 baby stuff - ToU

Very handy for sorting out CC though. Empty lot full of stuff you don't like/don't use, package it up, install it somewhere else and run a duplicate file scan. Hey presto, you deleted all the meshes and recolours at once!

Basically what we need is simply a ticky box to click when packaging lots to say if we want all the recolours included or not.
Tumblr / Livejournal / Pillowfort
foxmanic

Quote:
Gonna quote this because I hate repositoried files with a passion! I don't know why but every time there is set where all the recolors are repoed to specific single file that file is always the one I take a look at and go "nah, it's ugly/not needed, out of my game!" and then I load the game the next time and discover that oops, I just deleted the master file - once again. Every. Single. Time.

So nowadays I just try to not download sets where any part is slaved to another file, I'll accidentally delete the master mesh anyway and then can delete the rest of the set right with it anyway. (this is completely a me problem, I know repositorying files is great space saver and makes recoloring easier and faster but god do I hate them because I always seem to hate every single master mesh out there for whatever reason :/ )
Simblr (old) | Simblr (new) | Pillowfort
Zarathustra 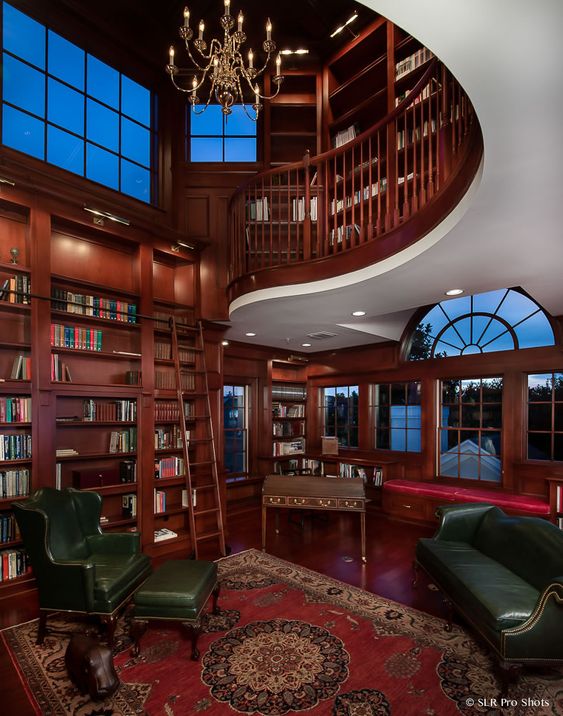 Of all things, this non-Sims-related stock image is a Sims pet peeve of mine... every time I see it I'm reminded of the various times I've forgotten to change the ceiling tiles away from plain white to something that's actually appropriate before I uploaded a project!
Welcome to the Dark Side...
We lied about having cookies.
Charmful

100% ! Popcorn ceiling makes me gnash my teeth together when I see it after packaging everything up. There's only a few times I allow it if the build is appropriate. A good way to check on projects is to give yourself a 'lot tour' at sim-eye-level by clicking the design tool and then going into to tab mode and pretend to walk around the lot like you are a sim touring it. It can catch SO much stuff you might have missed, including popcorn ceiling.
Uh oh! My social bar is low - that's why I posted today.
My SIMBLER | SIM WHIM | SIM VIDS | SIMS 2 STORIES | SIM PICTURE-TAKING TIPS | MY HOOD | SIMSTAGRAM | TWITTER | TWITCH
Sokisims

I've ended up leaving the default ceiling because I always end up forgetting it somewhere -.-
Aspersim

The ceiling cost some extra sim money that My sims usually don't have, and I never look at the ceiling anyway so I never bothered to put one up lately
My personal radio station link in first post (commercial free and all music) listen with Firefox enjoy, this is a gift
me on Facebook https://www.facebook.com/TheAngelClassicRocKMix
Back to top