I know where Chloe got that outfit! 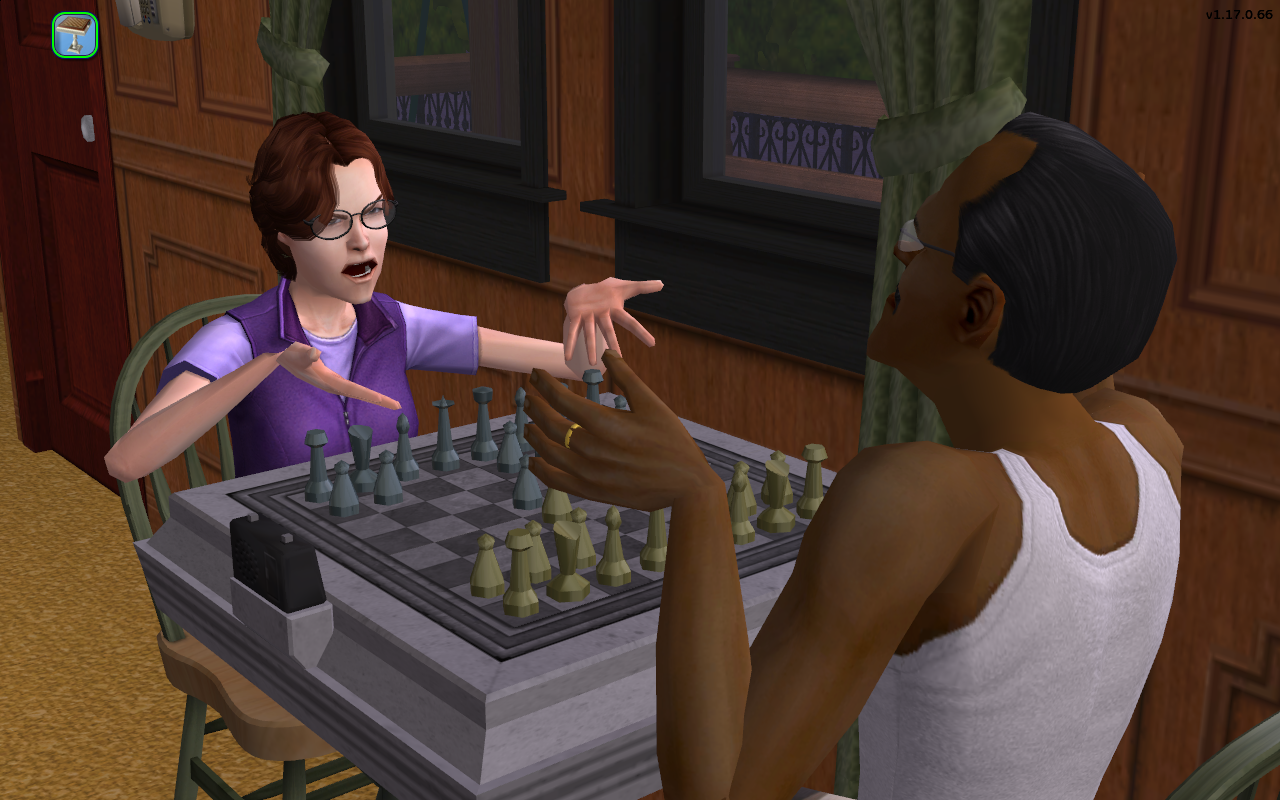 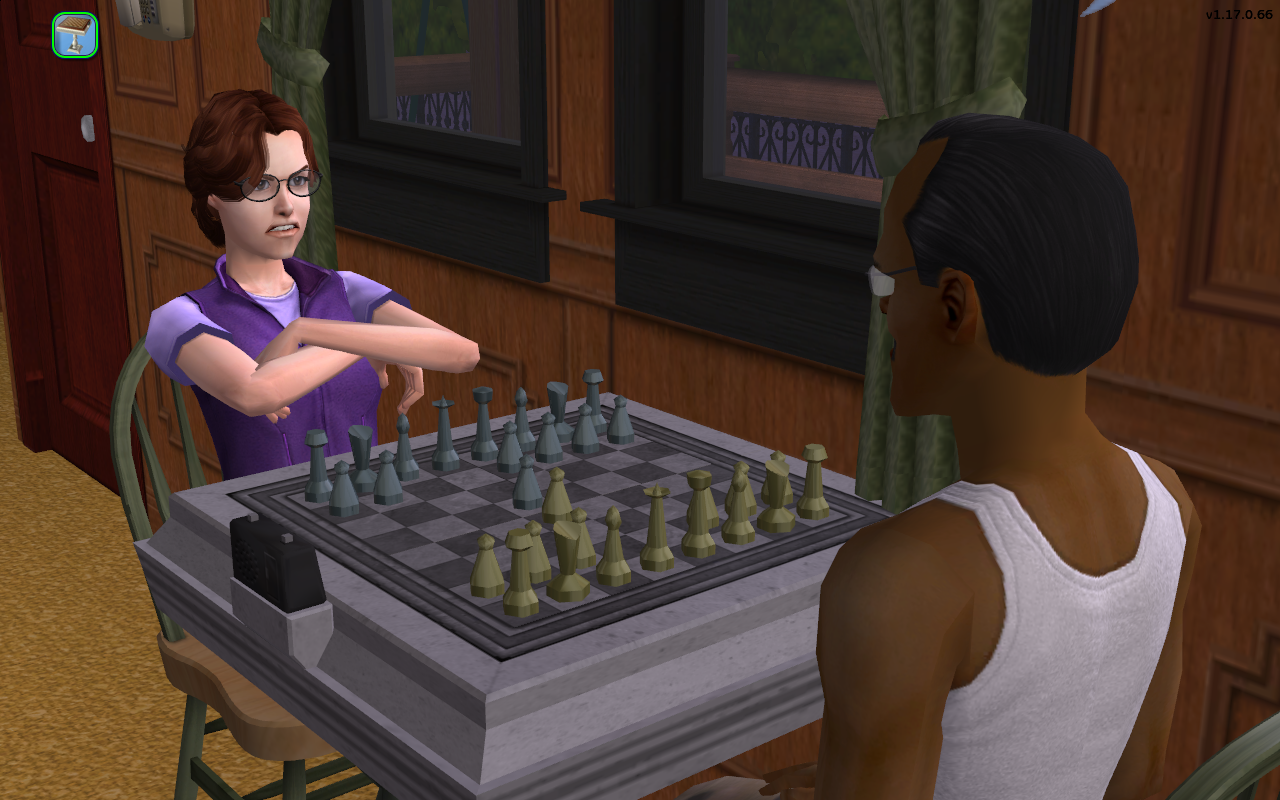 Bianca Monty at the bar looking all nervous checking around the room.
She is nervous because she feels this isn't the place she would be.
Although, she would be more than happy if she could hook up with a nice guy. Hi. I'm Caren but you can also call me Beau. I luv sims since I was born.
I GOT A YOUTUBE(Eng sub provided) : YOUTUBE
You can find my ts2&ts4 pre-mades' stories here: Blog(korean)
Not very active on the tumblr now but: Tumblr
I can be found at Discord channels dedicated to ts2.
grammapat

Have no idea what this woman was going through when she came home from work...
Namaste... or "go"
Caren Yoon

Lilith got an A+ report today.
Oldies are all exited to see her happy face. Hi. I'm Caren but you can also call me Beau. I luv sims since I was born.
I GOT A YOUTUBE(Eng sub provided) : YOUTUBE
You can find my ts2&ts4 pre-mades' stories here: Blog(korean)
Not very active on the tumblr now but: Tumblr
I can be found at Discord channels dedicated to ts2.
Caren Yoon

Mum said he should, but he just doesn't want to get a haircut. Hi. I'm Caren but you can also call me Beau. I luv sims since I was born.
I GOT A YOUTUBE(Eng sub provided) : YOUTUBE
You can find my ts2&ts4 pre-mades' stories here: Blog(korean)
Not very active on the tumblr now but: Tumblr
I can be found at Discord channels dedicated to ts2.
RoxEllen1965 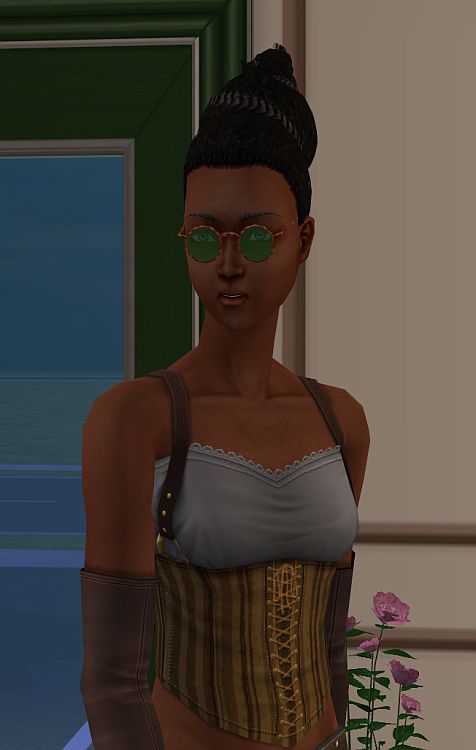 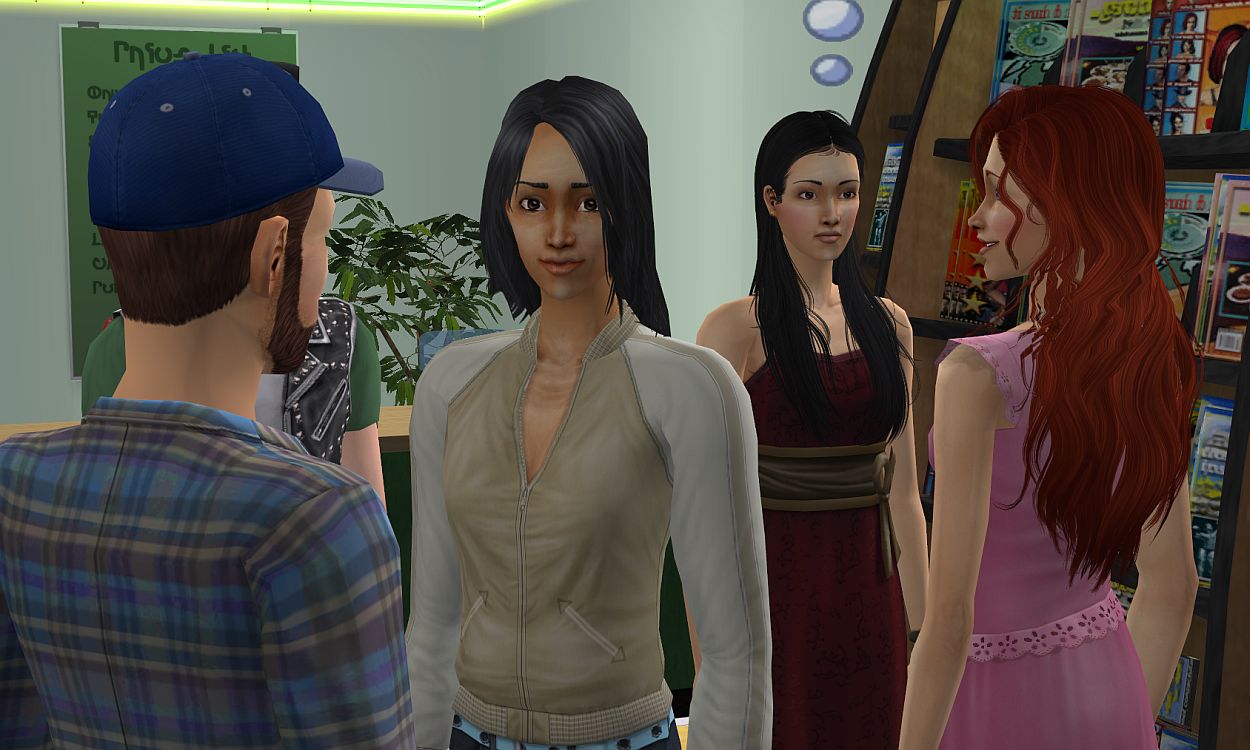 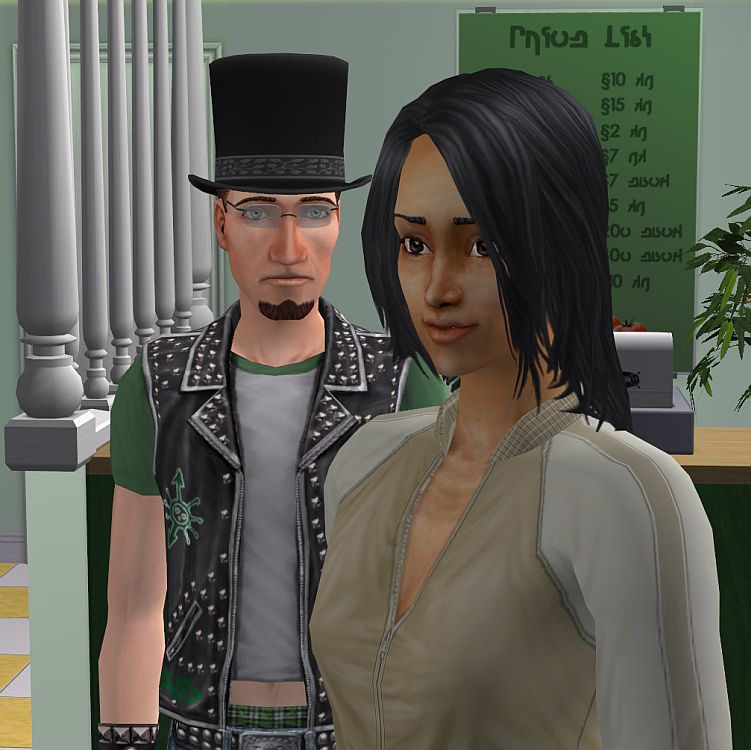 "Bah! If you losers aren't going to buy anything, get out of my store!" 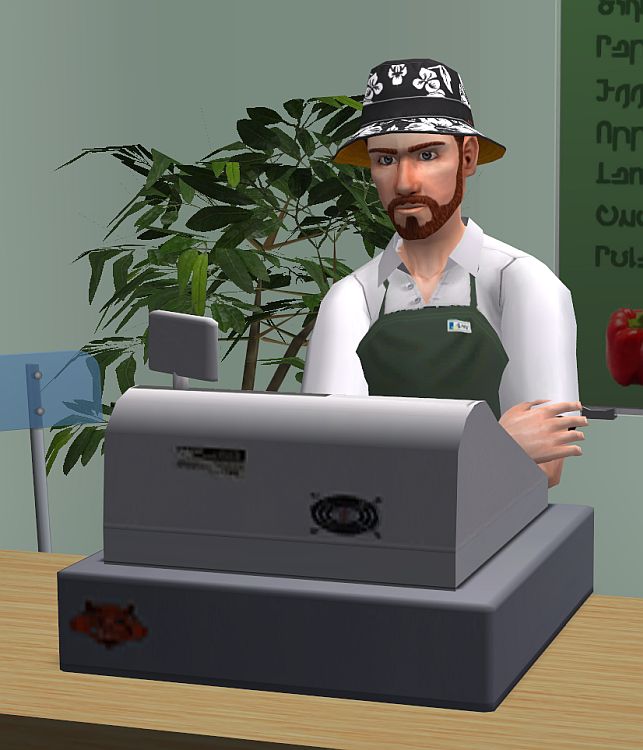 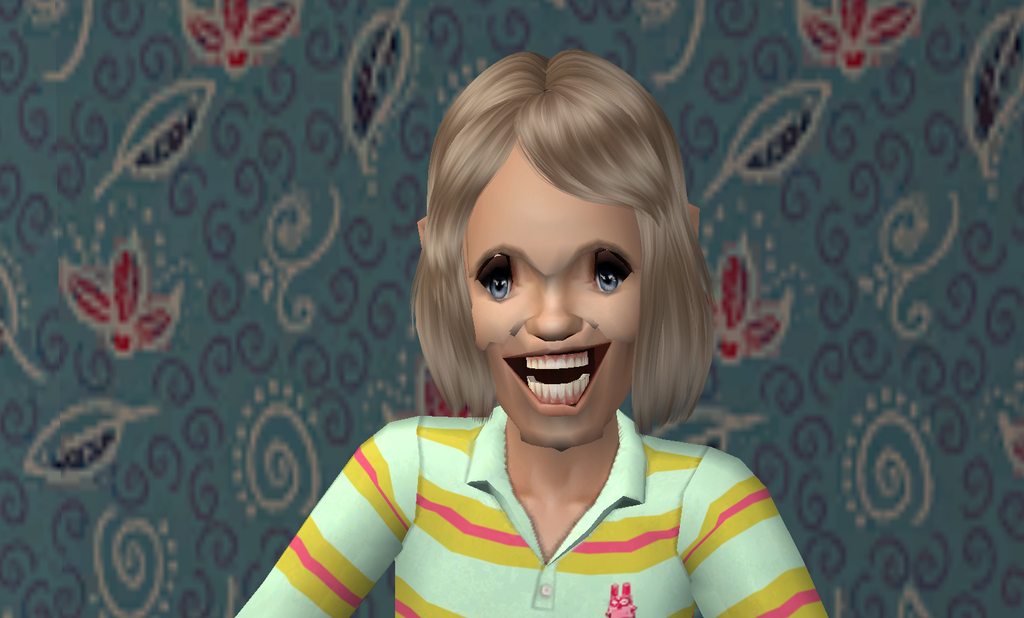 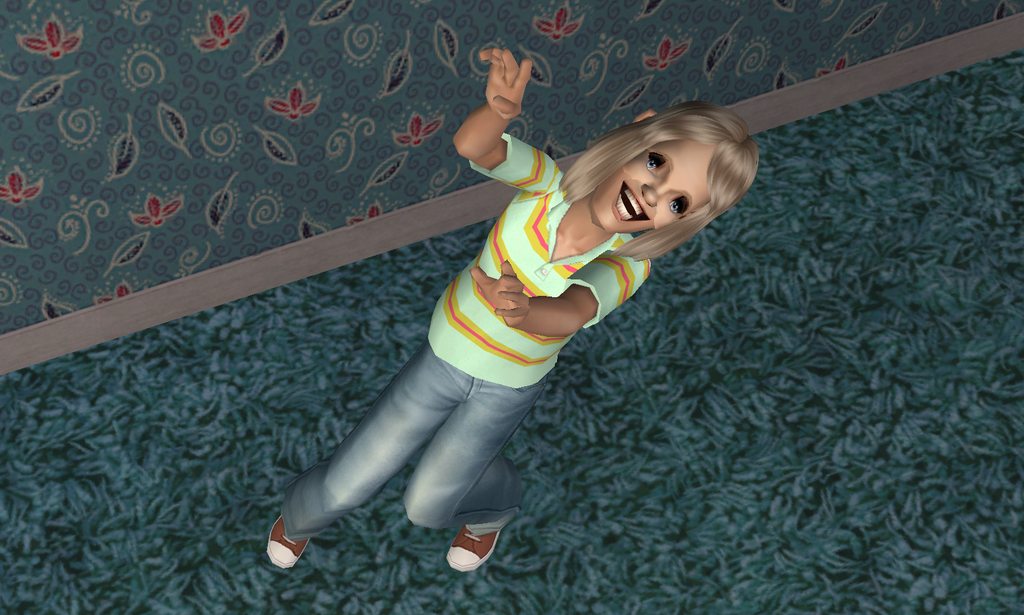 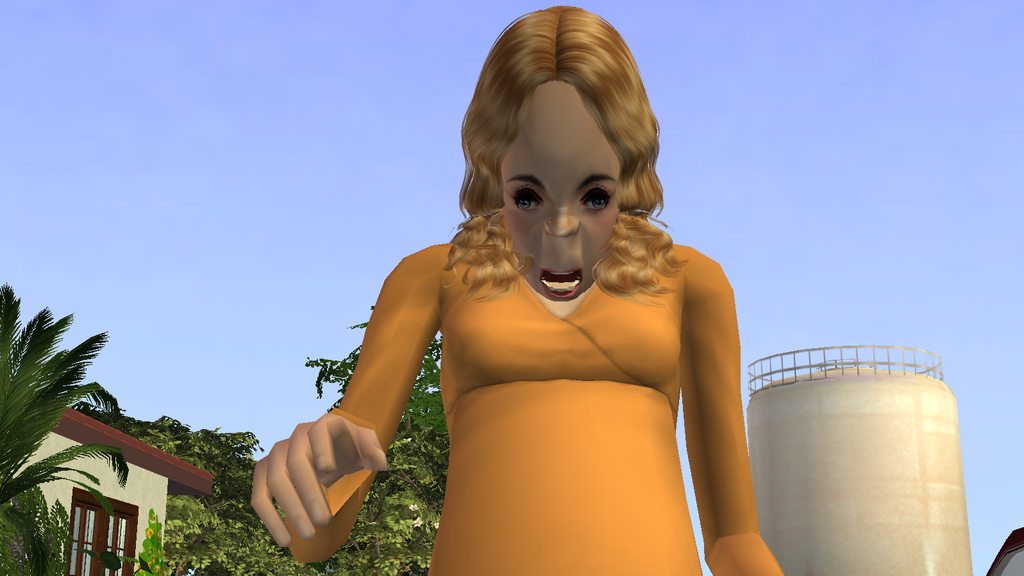 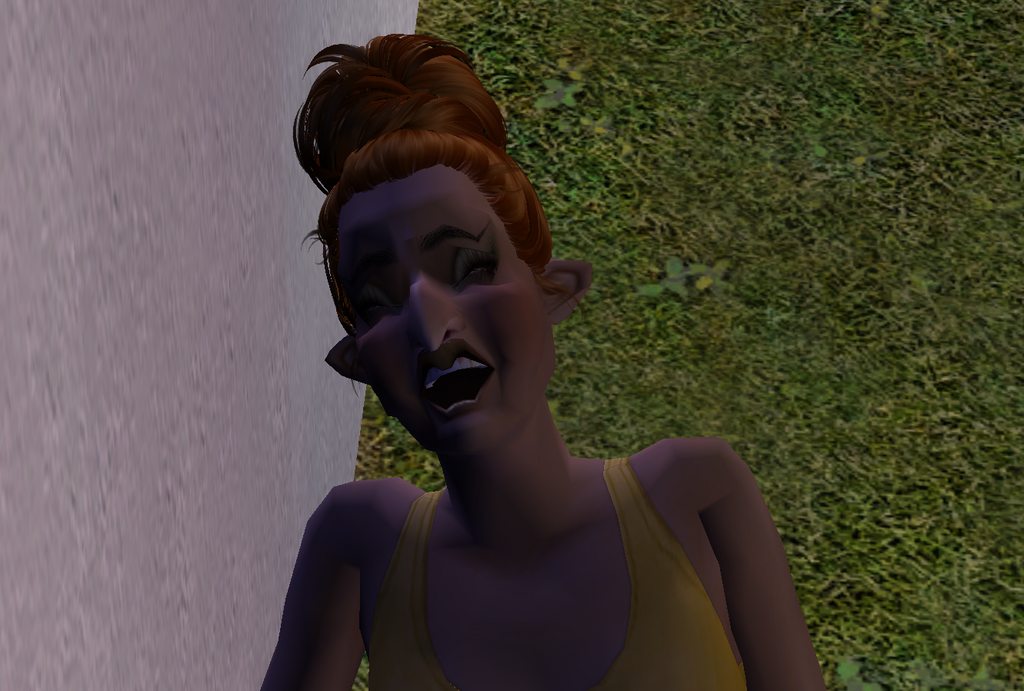 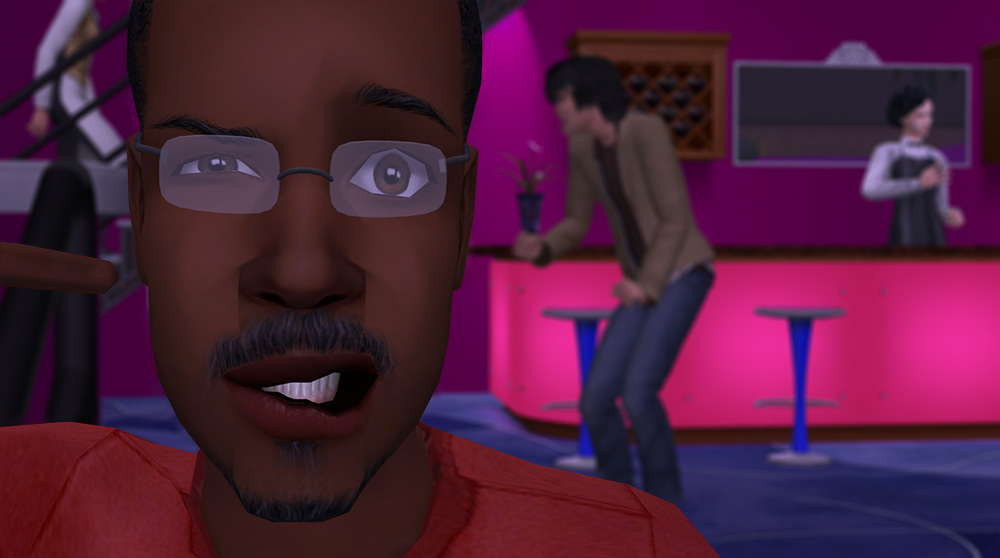 The Tennoji family wanted to get their teen into private school so they invited the headmaster over for dinner. I don't know how impressed he'll be by this bunch of loonies. 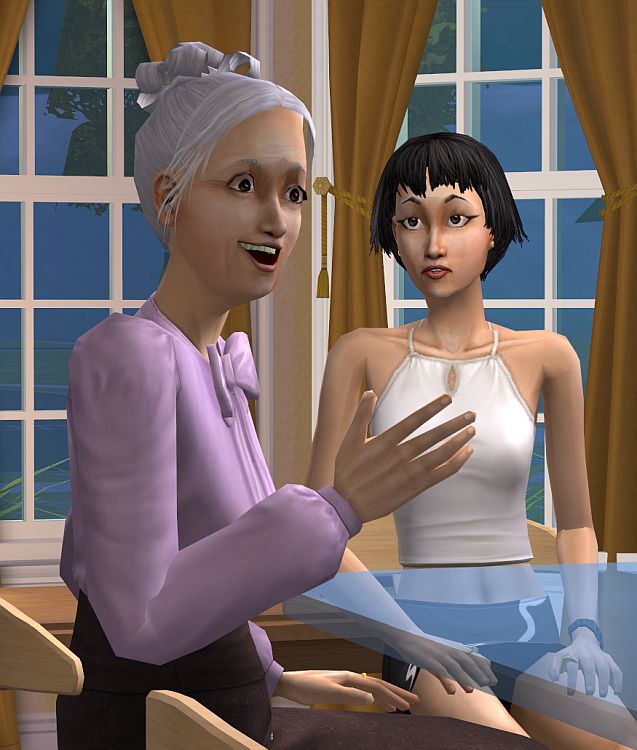 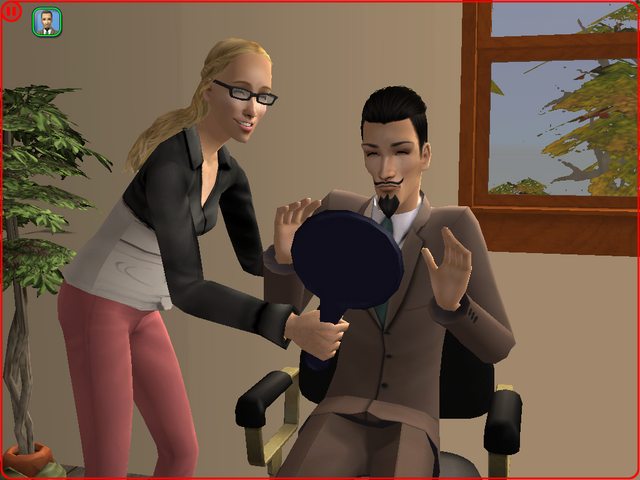 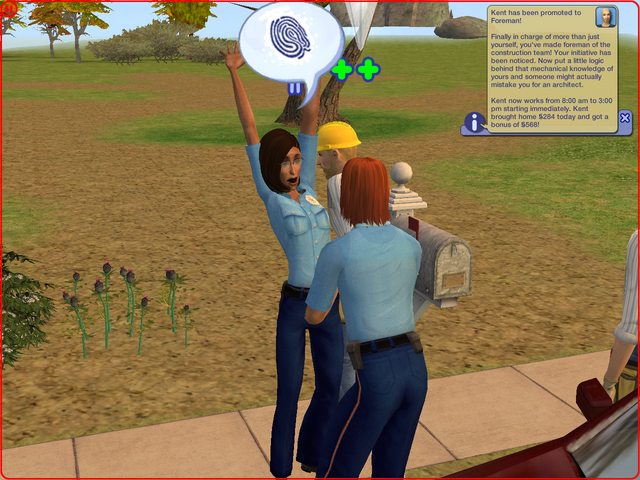 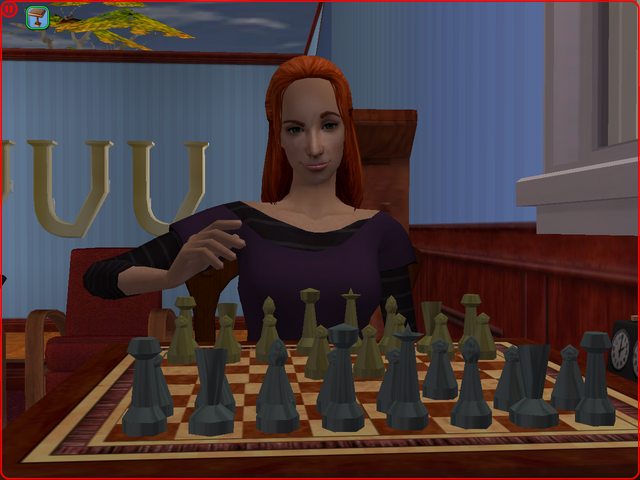 "What the hell are we playing?" 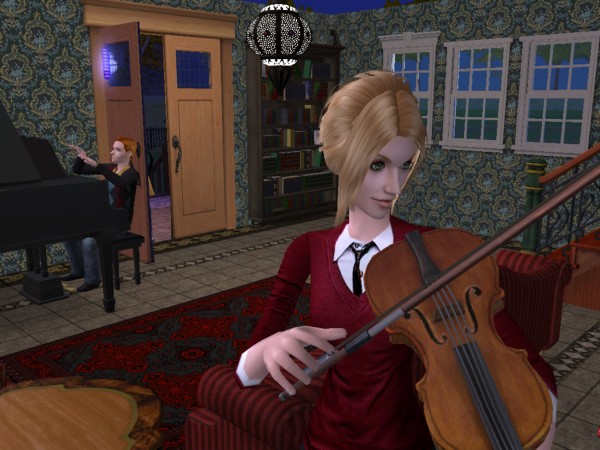 Loki's daughter is a lazy brat, who insists she can't take out trash (her only chore), or get to the school bus. Yea, right; she goes up all the stupid stairs in this place, but can't get over a little bump at the sidewalk? Not buying it.
Namaste... or "go"
Giga

@RoxEllen1965 hah, that's the exact same face I did when I worked as a cashier
@lfria I'd really like to hear the story middle pic sims is telling. Did she fingerprint the loch ness monster?

Why is my sim giving creepy eyes? What is she planning? 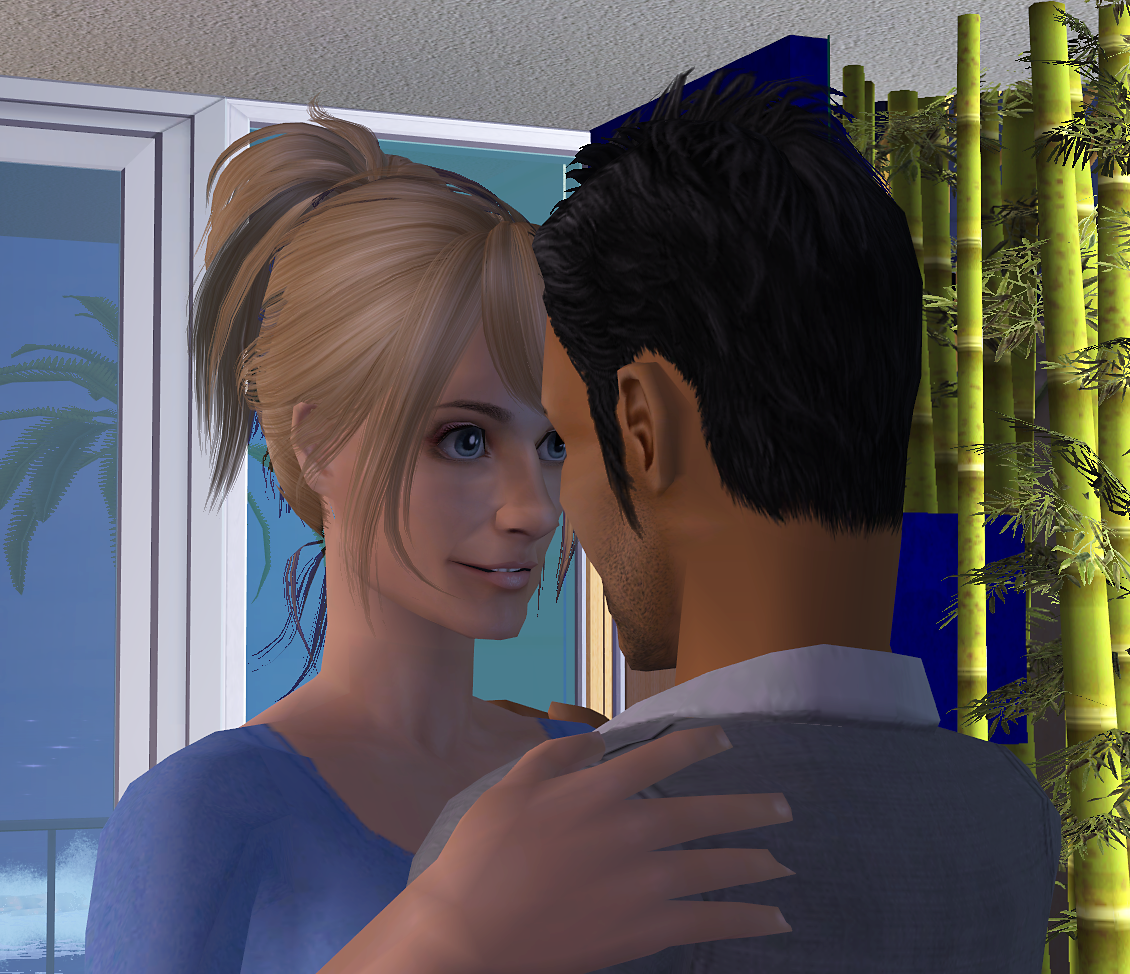 My other sim seems frightened. I'd be too. 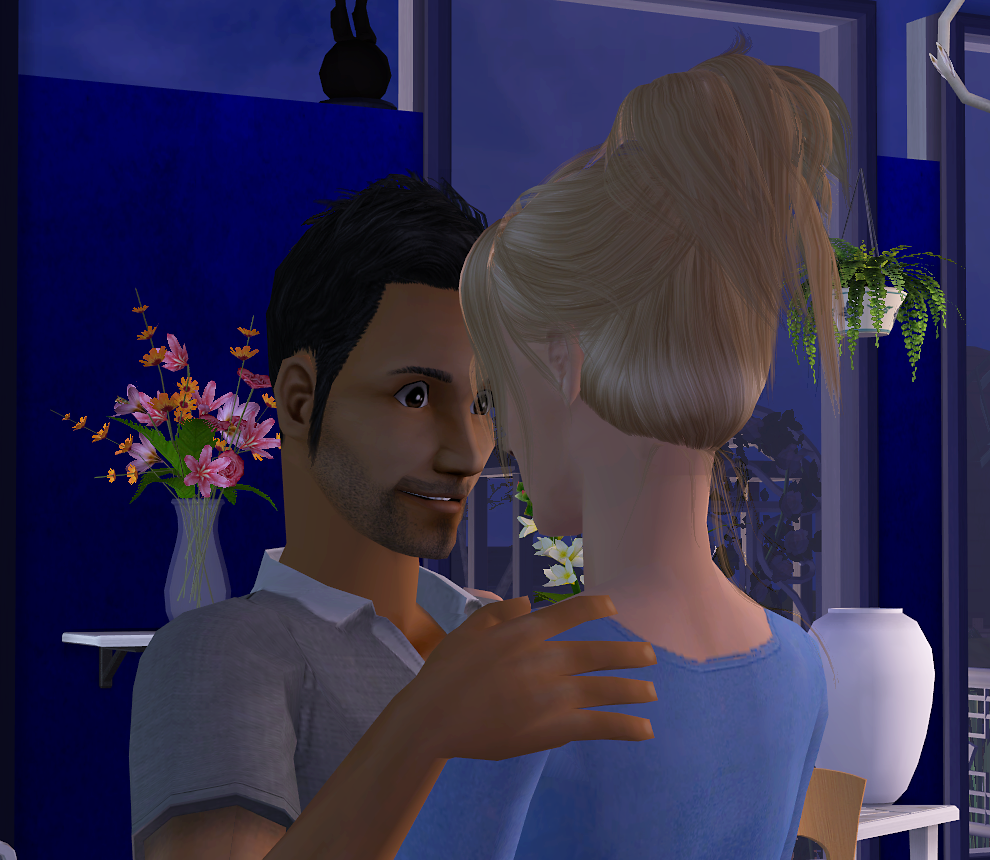 What did she do? You ok there, bud? 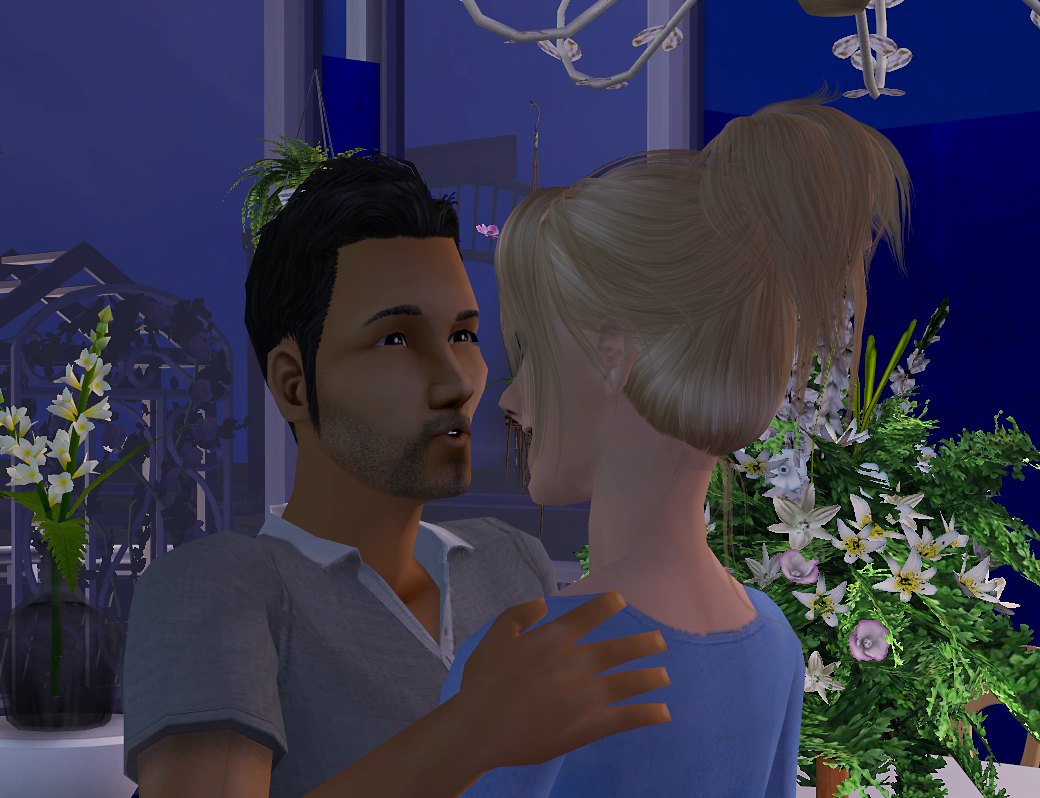 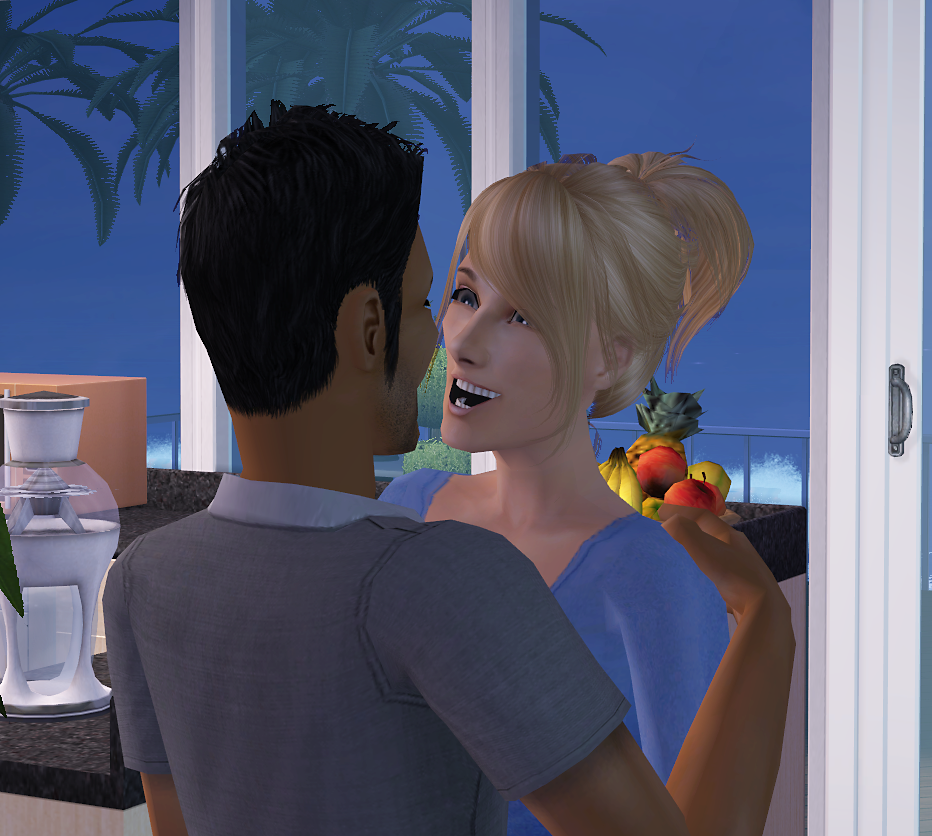 or, she's thinking a famous May West line: is that a gun in your pocket or are you just glad to see me?
Namaste... or "go"
Giga 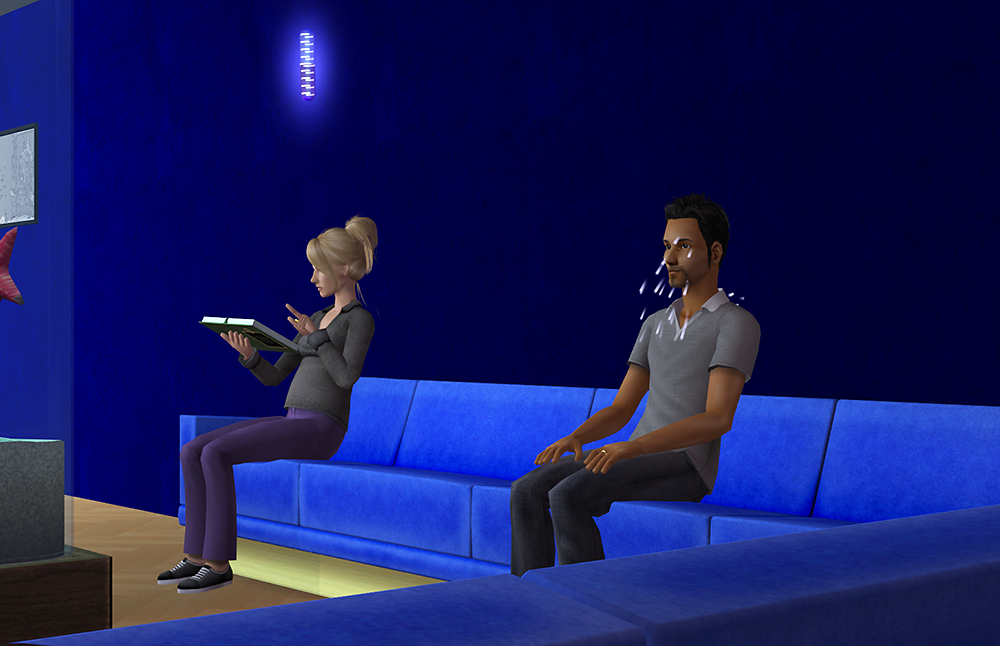 Why am I laughing at this so hard? He is not even making a face.
Annorah

I love Desdemona's expression when impersonating a bird. 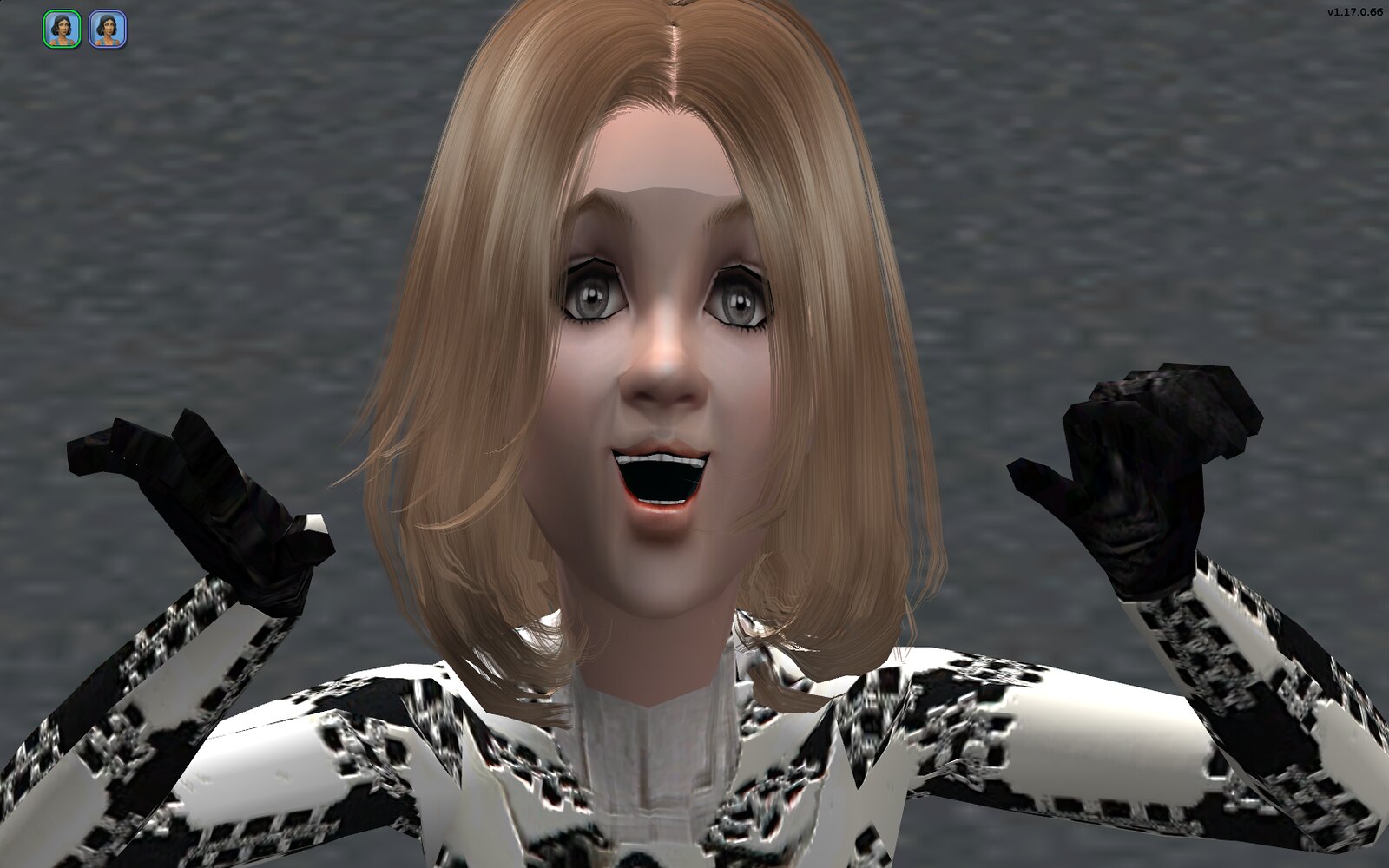 The Joy of potty training. My gawd, this does not seem like fun... 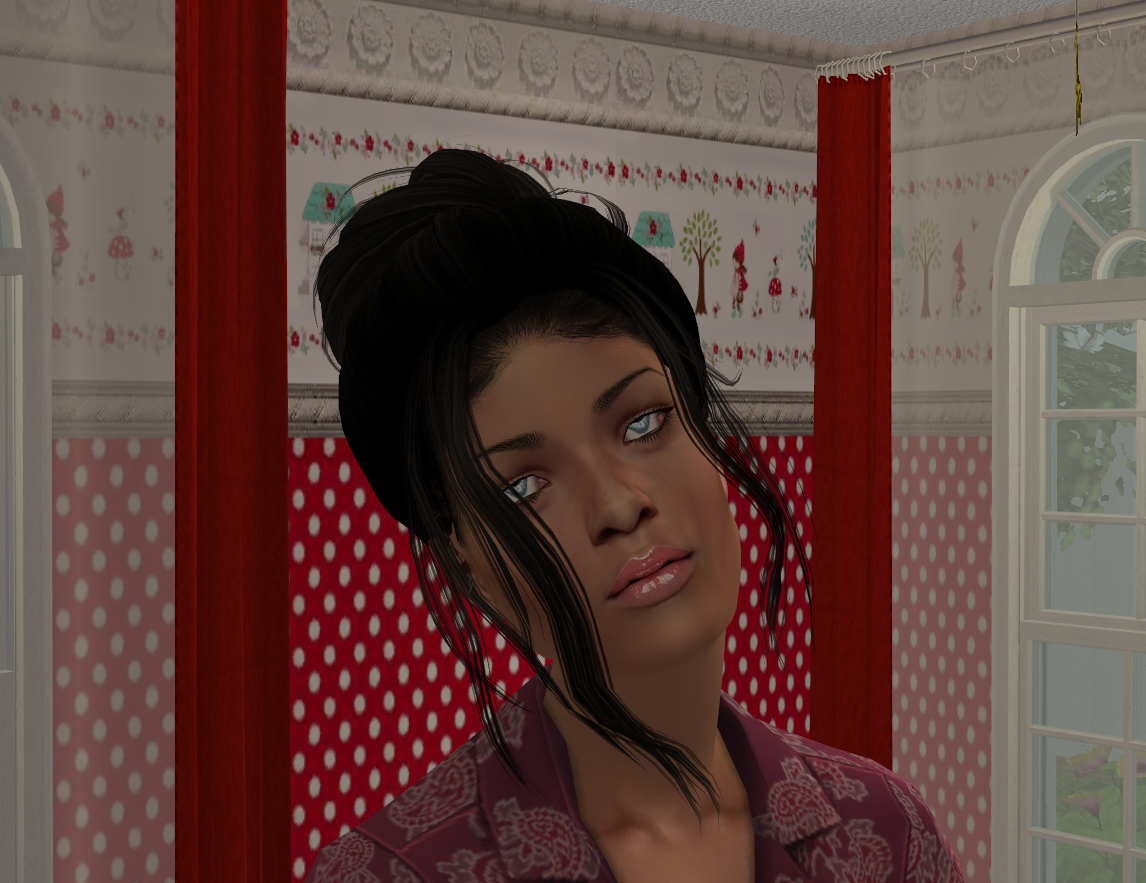 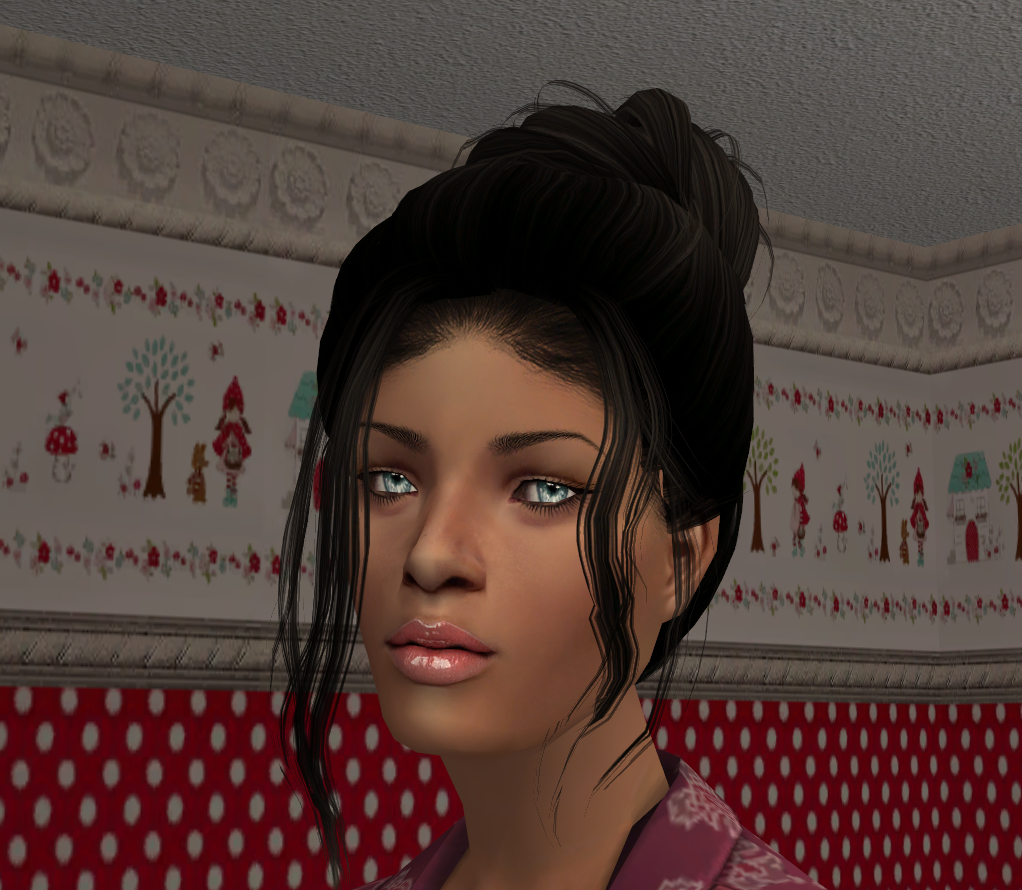 This is how you feel, when it's your Birthday and NO ONE cares!!!! 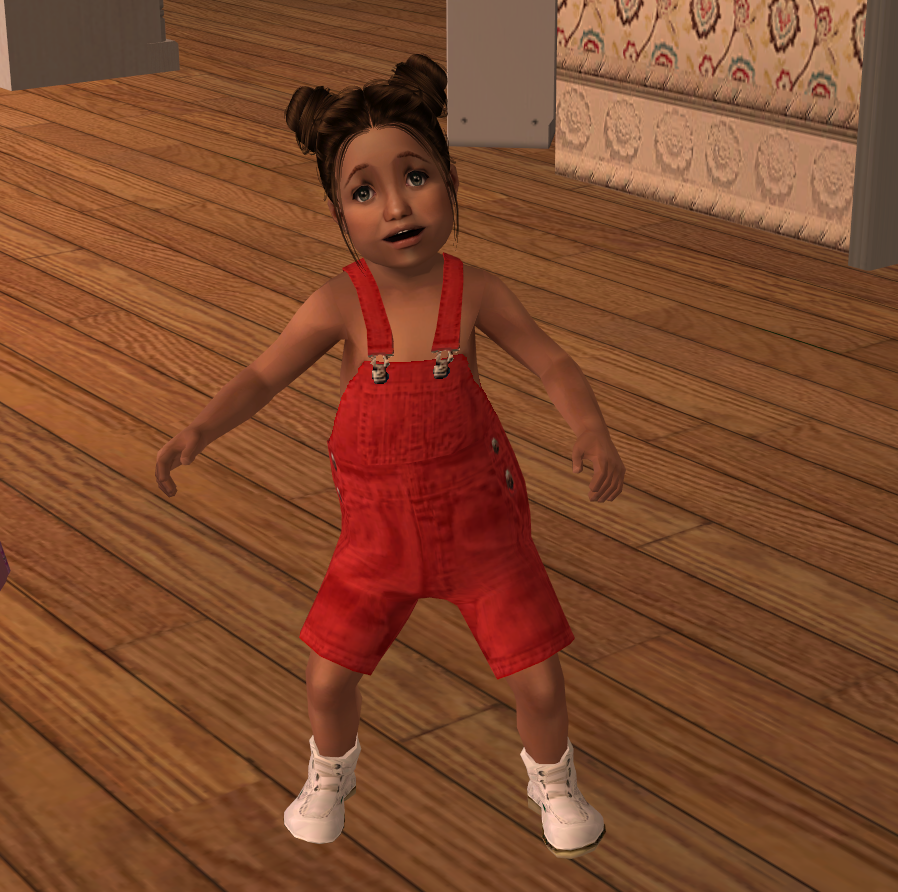 Find all my old MTS Uploads, on my SFS, And all new uploads Here . :)
AndrewGloria

I first posted this picture a few years ago, but it still haunts me. . . It's Ginger Newson. It's five o'clock in the morning in the picturesque little hovel where she lives with her step-siblings, in the shadow of Veronaville's iconic aqueduct. She has got up to change a nappy and it's not worth going back to bed, so she has gone to the sink to wash up the dishes that everyone was too tired to do the night before. She stares blankly at the camera, another day of mind-numbing drudgery ahead of her. Life has placed a heavy burden on her young shoulders. She seems to encapsulate the plight of child carers everywhere. There is no beauty in poverty; it stinks.

I have told Ginger that things will get better, but she bites her lip and says, "When?" I think that everyone has their breaking point, and I sometimes fear that Ginger, heart of a lioness though she has, is getting perilously close to hers. It's her dedicated spirit and resolute determination, that make her my absolute favourite of the playable pre-mades. Ginger seldom attends school, and gets precious little for herself out of life, but her younger brothers and sisters are happy, and are a real credit to her (and to Gavin!).

A couple of recent developments give me some hope that things are maybe about to look up for Ginger. Veronaville is not an uncaring place, and several Sims have noticed the plight of the Newsons, and would like to help them. But bitter experience elsewhere has made Ginger and Gavin distrustful of adults -- especially those in authority. Moreover they have their pride in their own resourcefulness, which makes them unwilling to accept charity. Despite her enormous commitments at home, Ginger has recently started to support the Welcome Wagon movement, greeting and welcoming new arrivals in Veronaville. Through this work she has got to know fellow-welcomer Regina Tsvirkunov, an exceptionally kind-hearted townie woman. If they'll let her, Regina would like to move in with the Newsons, ad, at the very least, give the family an adult income. Moreover in the last few weeks, Ginger has finally met a teenage boy with whom she feels some sort of rapport. He's Donald Dent, a newly arrived townie, and he has a little sister, whom he loves and feels responsible for. Maybe it's this mutual concern for their siblings that makes Ginger and Donald feel comfortable with each other. 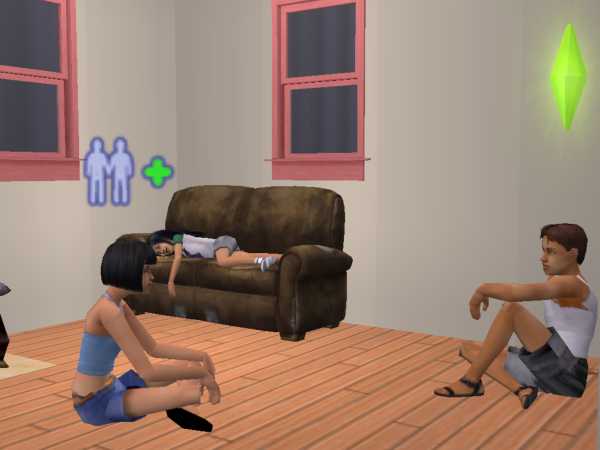 Here Ginger and Donald are chatting together while Donald's sister Any sleeps on the sofa.
Anyway I certainly hope things work out for them, because if anyone deserves some happiness in her life, it's Ginger.

(Sorry I have posted the first picture before, spoilered in a non-picture thread a few years ago, but I feel it's worth seeing again. And anyway I find that old picture of Ginger just about the most moving Sim expression I've ever seen.)
All Sims are beautiful -- even the ugly ones.
My Simblr ~~ My LJ
Sims' lives matter!
The Veronaville kids are alright.
grammapat

Quote:
One of the most beautiful Sims I've ever seen
Namaste... or "go"
Rosebine

Quote:
Thank you. Her name is Sasha

Find all my old MTS Uploads, on my SFS, And all new uploads Here . :)
Back to top