The Sims 2 - Bloopers & Funny Sims Pics (v9)
Did some weird glitch happen in your game?

may not be funny but i hope u like it guys!,he is like wow nice boobs! they are james and irena btw
miss.pink
Field Researcher
DELETED POST
29th Jul 2012 at 12:12 AM

This message has been deleted by miss.pink.
Peace

Not sure why Zak-Brown is in the sidewalk...

I love the buyable food by Exnem despite the leftovers...

Colter stood up, in the air, to lecture his new baby brother Jordan about having a dirty diaper. I dont think he's supposed to be doing that.

Have you ever walked into a room & forgot why you went in there?
What if God is playing The Sims & he just cancelled your action.
Adopt-a-Sim My Creations My Tumblr
Sparrow

Well they aren't getting tips This is set at a wedding, but there was way too many bloopers for this to be in the wedding section.

The wedding of Malcolm Landgraab IV and Lola Curious.


The day started off with Malcolm phoning over his fiancee, and her folks. The folks came, and swarmed into the house, since I forgot to lock one of the doors. However, Lola had not arrived. Where was Lola? He called her up, and invited her over, so she would actually come to her own wedding. That took about a minute of the party up.

Then, they tied the knot.

Two walkbys, including the mailwoman, watched the wedding along with the rest of the guests. Lola moved in with a single simoleon in her wallet. Cheap, much?

They then cut the cake, and went inside the house (after I locked the doors) to eat their slices in peace.

Also, to simultaneously cut the cheese in peace. They seem so comfortable with each other.

After the cake, they both decided it was a good idea to work out and relax in the spa privately...during the wedding. Lola managed to gain a body point in the process, but soon the limo was here! Malcolm had enough tact to change back into his formal attire for the limo, but Lola was less of the thinking type.

She proceeded to morph through the doors of the vehicle, while wearing her gym suit. Nice.

When they got back from their honeymoon (which was mostly Lola bathing from being smelly), they woohoo'd in the Hot Tub, and Malcolm went straight to working out on the treadmill. I love how casual some sims are about everything. Okay, this is just creepy. o.O

*EDIT* Here's another picture I took a couple of sim days later: What is wrong with this woman? >.<
Call me Abi if you want, it's easier to type than my username!
Sparrow

She went to the competing salon and she just has bad luck.

I expected lab rat Guinea Pig to leave the area after fetching her diary from the bookshelf...

...but she plopped herself down and started writing...

...much to the Beakers' dismay.

Pao is rather determined to get Johnny on his list of lovers.

Eh, was worth a shot.

What's with this house and having drunken fights during toga parties? This is what? The third or fourth fight that occurred at this house due to booze?

Ah, visual dissonance. Mitch then proceeded to lose his v-card, while Max got his ass kicked by Roxie Sharpe.

I don't think you want that, Johnny.
dieKristina

Elin: Congratulation for the public woohoo, mum!
Louisa: Thanks, it was lots of fun, something I highly recommend!

(That´s the kind of parents my sims are

"Joy, isn't life just super fantastically splendid?"
"D-did I just hear a crack? Or was that just my imagination?"
"Peggy, that was a crack! A beautiful cracking noise!"

"Oh god, is his bone...?"
"Pearly white! Like the most beautiful full moon in the starriest skies!"
"Shut up and call an ambulance, Bill!"
"Nature is amazing and sparkly! Like bunnies and rainbows! I love being alive!"
"I think I'm going to puke."
ella_in_wonderland

I don't even know what's going on here...

I love when you tell your sims to do something and they either do something completely different or just stand their looking like a fool!! Uggg *dinner time* Goes to bed. *i hate this family* 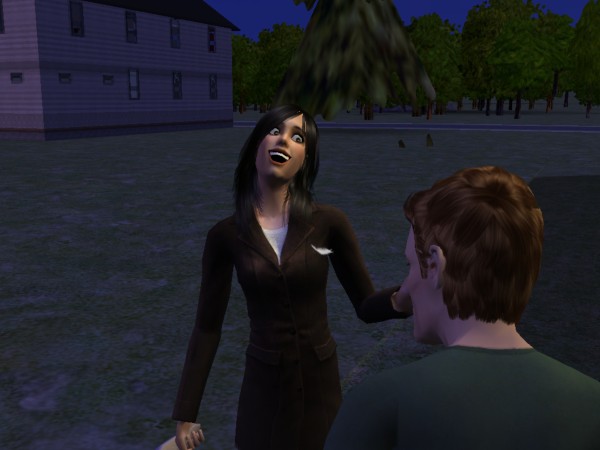 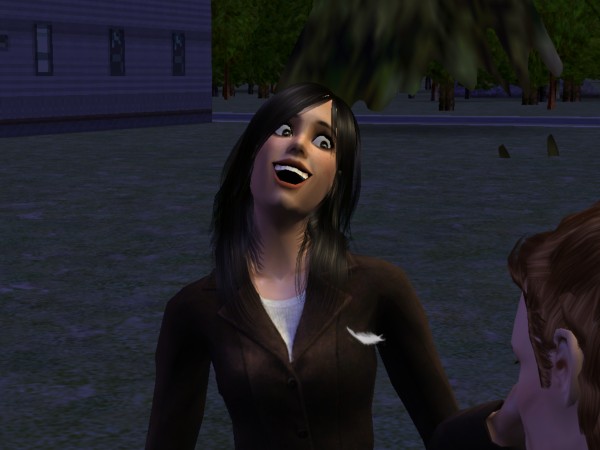 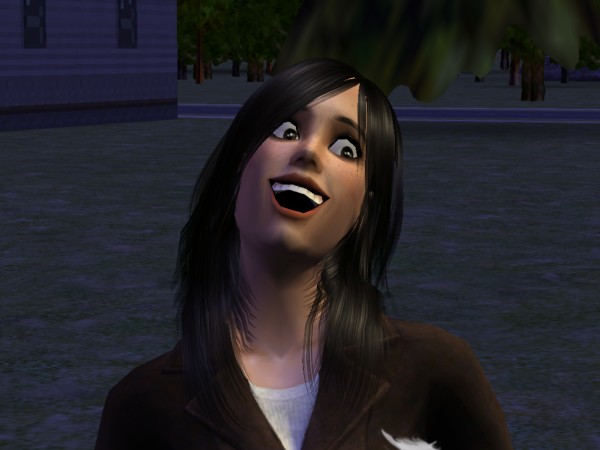 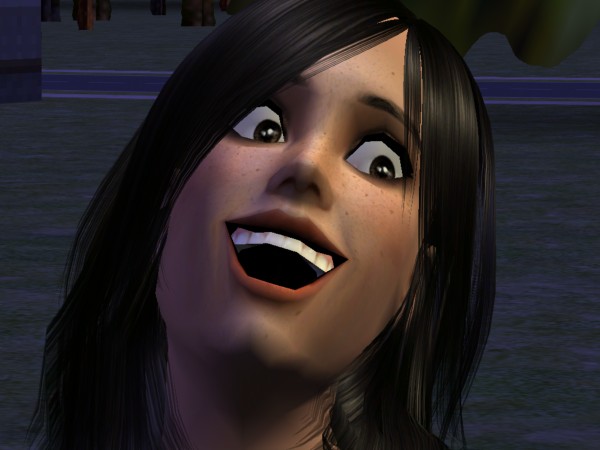 Quote:
ikr? I had nightmares about that

It will eat you in your sleep
Fivey 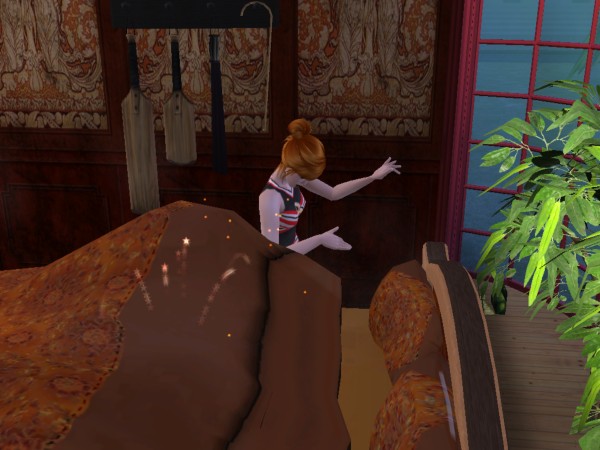 The cheerleader does her shtick for a woohooing Ellen Frost and Chaz Whippler in the ALMIGHTY CHAMBER OF COITUS. 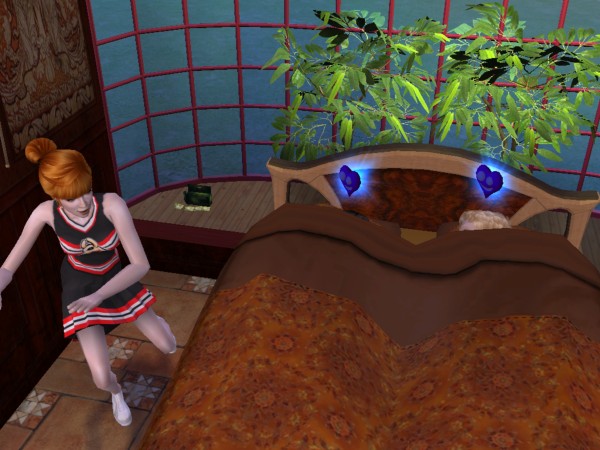 They're not filled with school spirit, they're voyeuristic! 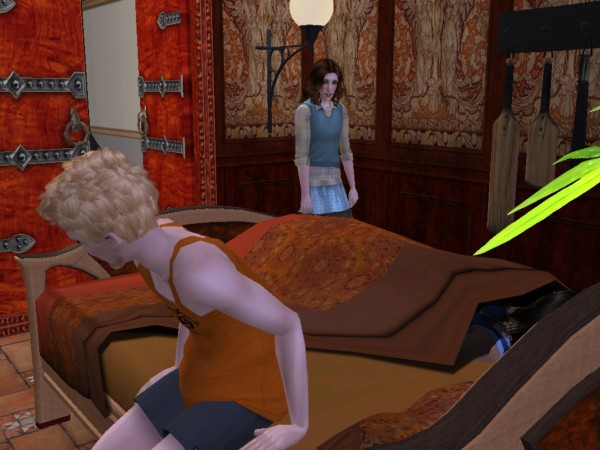 Rhea was watching the cheerleader, though Chaz is confused on why she's still standing there. 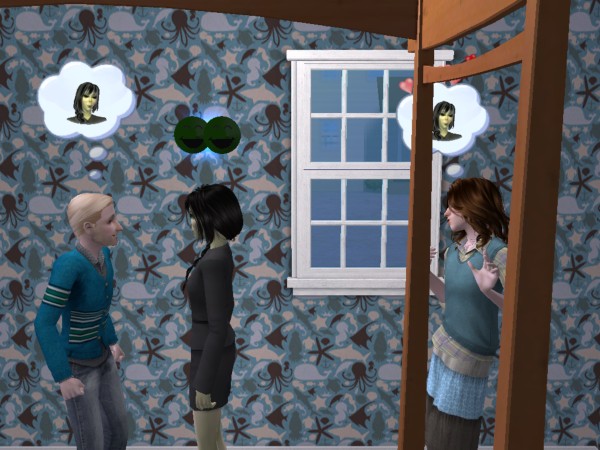 Buck was raging over the puddle the nanny made earlier, but I couldn't help but take a picture. The rage-moment was too perfect!
Sparrow "Bet you humans can't do this!" Thats what you get for skating with heels And those who were seen dancing were thought to be insane by those who could not hear the music.
Friedrich Nietzche
In the middle of Nowhere
Effelenn

First, there was University:

"Well, of course we have a Romance major! What kind of institution do you think this is?"

Then, there was the Nightlife:

(What sims look like inside of the photo booth!)

Next, they gave us the majestic Open for Business: (What happens when a sim with a bugged character file goes shopping.)
pikku.titiuu

Oh dear LORD that's the most awful.... ly hilarious thing I've seen for a while!

I've been going trough these blooper threads when things are slow at work. Too bad I don't have my own to contribute yet.
topp

A Sim died, but her ring was still floating in midair.

Please, ignore Grimmie who's begging for her life. And a random satellite. Just focus on the ring, will you?! 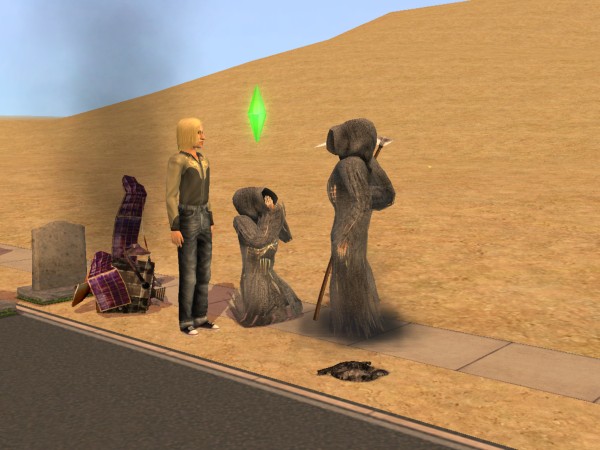 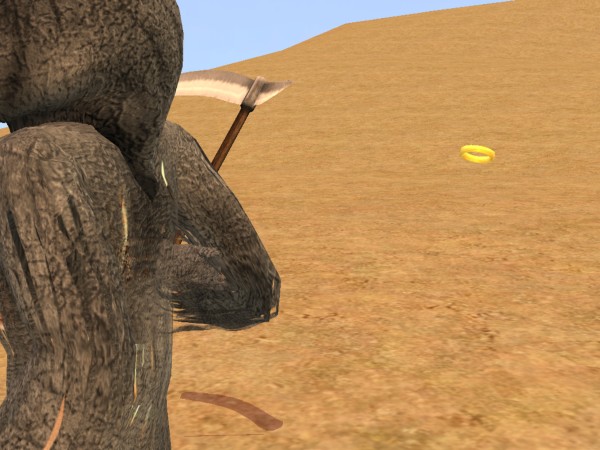 Lionel looks rather uncomfortable to be there.

It's the magic floating pillow of happiness! Make a wish, everyone!
jordayy